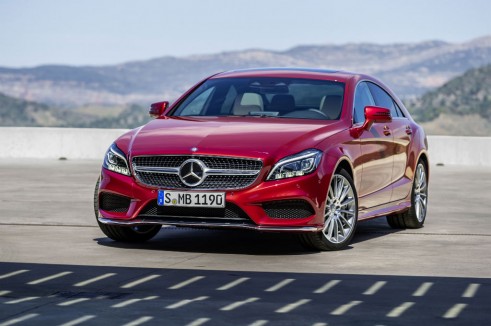 The new Mercedes CLS has arrived with new engines, new tech and just a little bit of new styling.

Revealed in both five-door and shooting brake form prices drop to £46,500  for the base CLS 220 BluTec, with another £1,580 added for the same shooting brake. 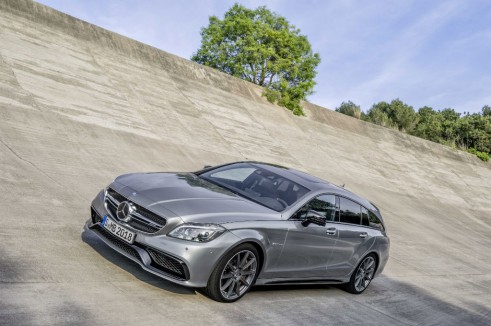 Outside little has changed, the CLS gains similar air intakes to the new C-class as well as a diamond grille and a more prominent front bumper.

That 220 BluTec is a brand new addition to the range, a 2.1 litre four pot diesel generating a modest 177 bhp and 295 lb ft of torque, however at just 129g/km of CO2 even in the giant CLS running costs are kept relatively low.

Above that the 350 BluTec, also a four cylinder oil-burner, will make a more impressive 258 bhp and a lovely 457lb ft of torque. That is mated with a nine, yes, NINE, speed gearbox to reduce CO2 emissions to 142g/km. 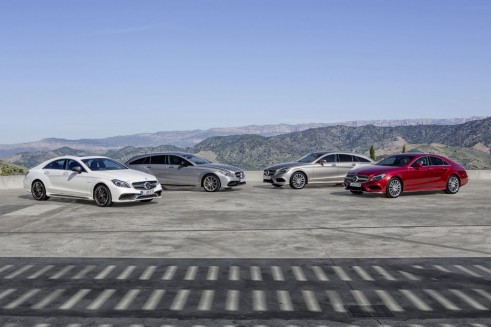 For those less interested in the frugal side of motoring a 3.5 litre petrol V6 is available, with headline figures of 333 bhp and 354lb ft of torque.

The flagship CLS63 again belies the number on it’s badge with a 5.5litre V8 petrol pumping out an improved 585 bhp and a near ridiculous 590 lb ft of torque. 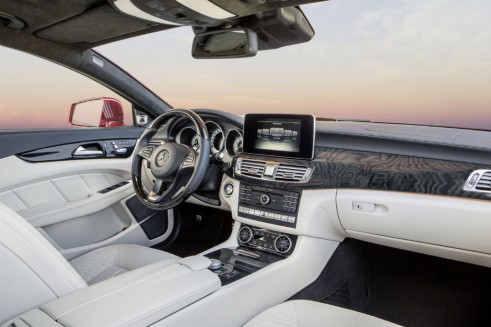 Inside the standard tech level receives a boost as old the top-of-the-range AMG trim becomes the standard.

Another £1,000 gets the Premium Plus Pack, featuring the same equipment as the Premium Pack but adding a Harman Kardon sound system and Keyless Go.

The CLS also gains the Mercedes 8-inch tablet system seen on many other of the three-pointed-star’s products.

The pair will make their debut this weekend at the Goodwood Festival of Speed. 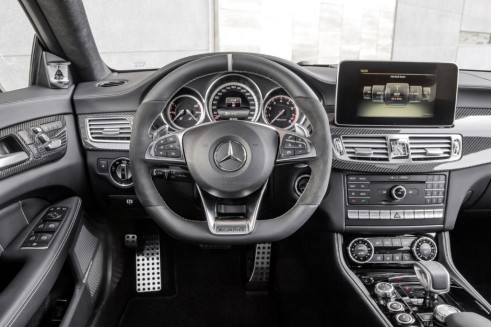 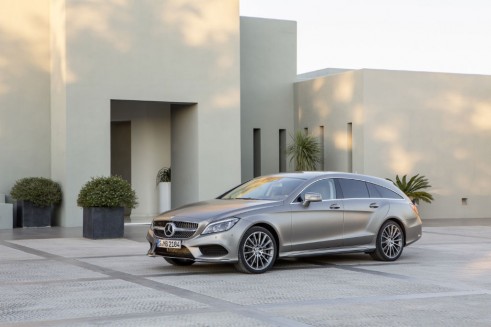