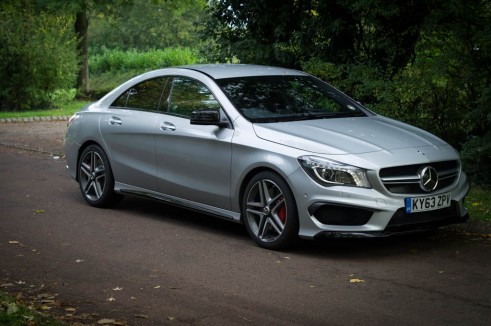 Mercedes have quickly followed up the launch of the stunning CLA with a full blown AMG version – the CLA 45 AMG. It’s an attempt to grab a new, fresh audience and to get younger buyers hooked on AMG performance goodness.

The new CLA 45 AMG is powered by the same 2.0 litre turbo charged engine that is fitted to the A45 AMG, it develops 355 BHP and 450Nm of torque. All this makes the compact saloon as quick as a Bentley Continental V8 S…yes it’s really that quick! 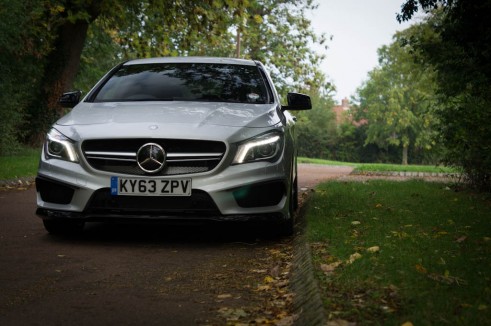 We love the look of the CLA, we have done ever since we first set eyes on it in the flesh.

In AMG form the looks just get better, up front large gaping ducts either side of the front bumper are trimmed by black flicks that protrude slightly from the bodywork – aiding cooling to the SLS derived ‘air charge’ system. Gloss black runs across the very lower lip of the front bumper, and dark trimmed bi-xenon headlamps add to the meaner look. 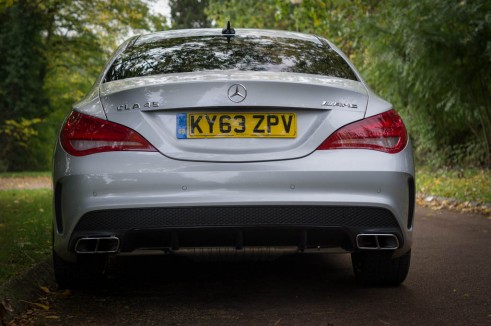 Along the side a gloss black streak runs down the sills. Large 5 spoke 19” AMG alloys have a very cool split design to them, behind them red callipers cover gigantic brake discs. Moving to the back and the rear stays pretty much the same, except for a deep rear diffuser and two twin exhaust pipes.

Overall it’s very smart, a lot meaner and more muscular than the standard CLA. But it’s not in your face and lairy like the C63 507 Editions, it’s a bit stealthy…a sleeper car. 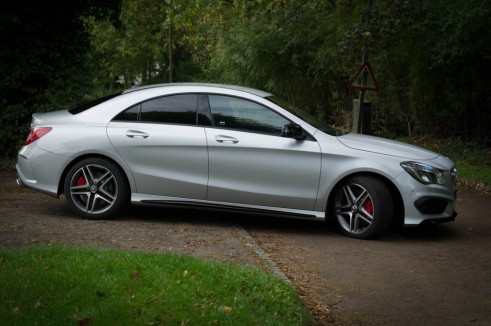 Merc have fitted the CLA 45 with its superb 4MATIC on demand 4 wheel drive system, it helps get all that power down through that short wheelbase. It does its job perfectly, on damp roads under heavy acceleration it just grips and pulls you onward – no tyre squeal, no scrabbling, just traction! This enables you to take corners at crazy speeds, it’s confidence inspiring to say the least. Push too much and it will understeer, but let off the ‘Go’ pedal and everything will correct itself with ease.

Acceleration is just insane, even in full auto mode this baby AMG is blindingly quick. The 7 speed dual clutch gearbox is nimble, rattling up and down the gears is buttery smooth most of the time. Occasionally it would change gear whilst in a corner when we expected it to hold on that bit longer, but on the whole it’s a solid ‘box.

Under hard acceleration and on up changes the exhaust gives a crackle and pop, it’s similar to the noise you get in an F-Type and we loved it! In higher gears the exhaust tone drops, but is still audible. 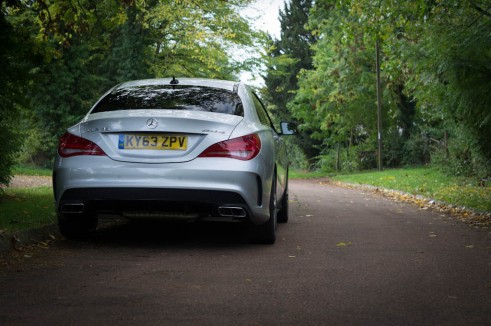 Along the majority of roads ride is firm but smooth, over speed bumps you notice how firmly sprung the CLA 45 is, but then this is a sporty car, not a motorway cruiser so its sometimes crashy ride over rougher roads can be forgiven.

Steering is accurate, and turn in is more direct than the standard Sport models which is great to see, feedback and feeling is still pretty devoid though. 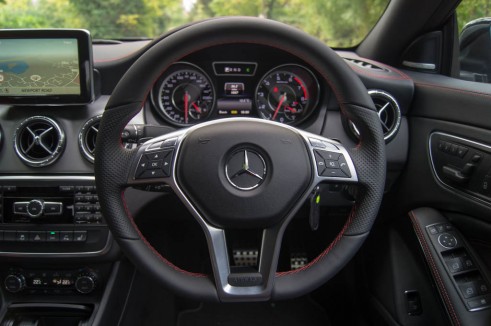 Inside the CLA 45 you get a near identical look to the CLA Sport AMG. There are a few differences though, red stitching covers the black leather interior, red also lines the front seats, and aluminium trim adorns the dash. 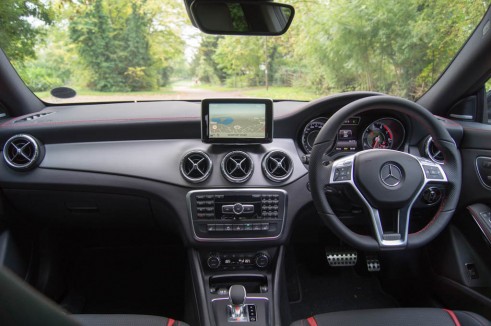 It still has that awkward, untouchable screen that sprouts from the dash… 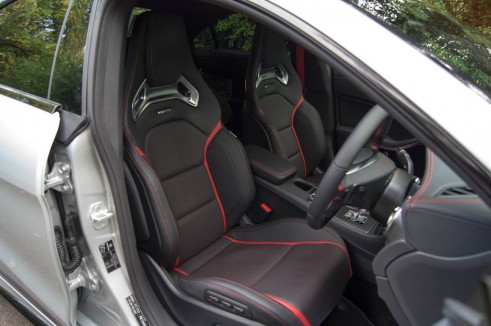 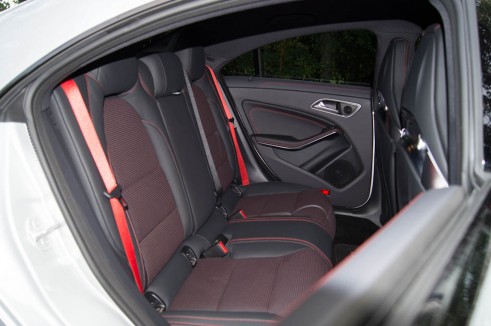 Rear occupants will be a little cramped, and the darkened windows combined with the large front seats make it a rather claustrophobic place to be! 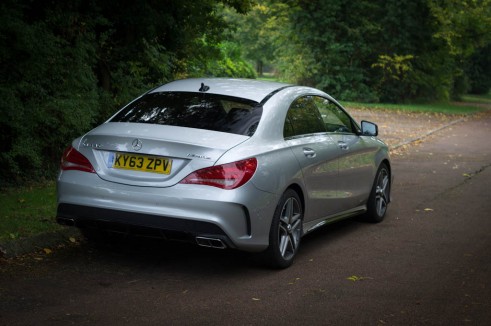 So is the CLA 45 AMG a good step into the big boys world of AMG performance?

Yes…and no. It is because the power this 2.0 litre unit produces is staggering, the same can be said for the levels of grip you receive. To be honest it’s all the power you could ever realistically need for everyday, on road driving.

Now why it’s a no…it’s rather expensive at nearly £42k, and the rear seats aren’t really roomy enough for two adults to sit comfortably. It will appeal to buyers on looks alone, but if you want an entry level AMG we would go for the A45. 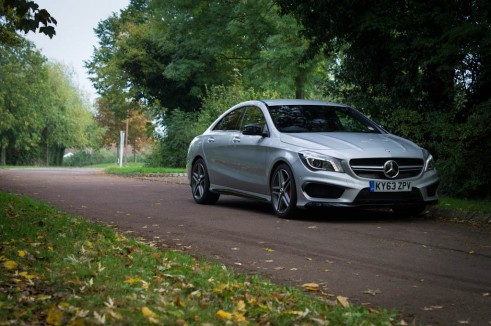 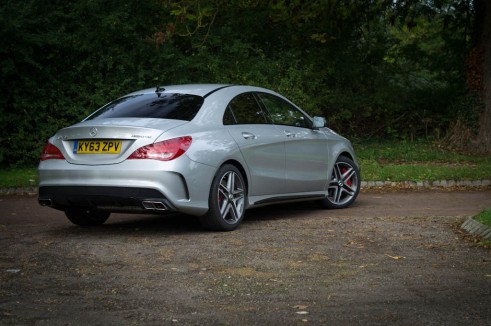