Both vehicles are fitted with the same 4.0 litre V8 with twin turbs. Meaning it’s probably just down to engine mapping that steps up the power. 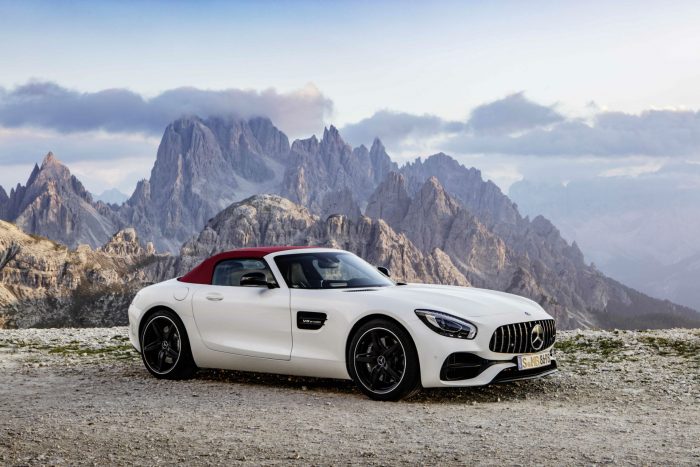 Where the GT C differs though is in the parts that have been transferred over from the new range topping GT R coupe. One of the features being active air management. A system that sits up front and can open and close vertical louvres in a second to allow maximum cooling to the heat exchanges.

The GT C also features the active rear steering axle from the GT R. Up to 100 KM/H the rear wheels are turned in the opposite direction to the front wheels allowing much better cornering.  Above that magic 100 KM/H the wheels turn in the same direction as the front, helping to improve handling and stability. 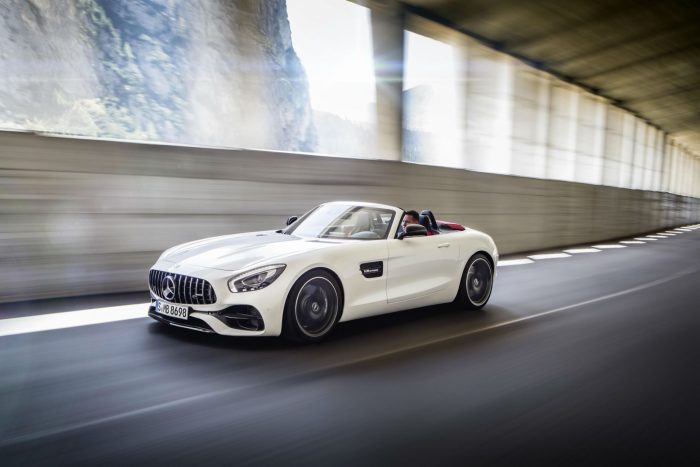 An electro locking rear diff is also featured on the C, rather than a mechanical type on the normal Roadster.

The GT C is also 57mm wider than the Roadster, making it the same width as the GT R. It also features the AMG performance exhaust system which allows two variable flaps to open and close to change the exhaust note.

You can opt for optional AMG Performance seats with an Airscarf neck level heating system. Allowing you to pose in even the most biting conditions. 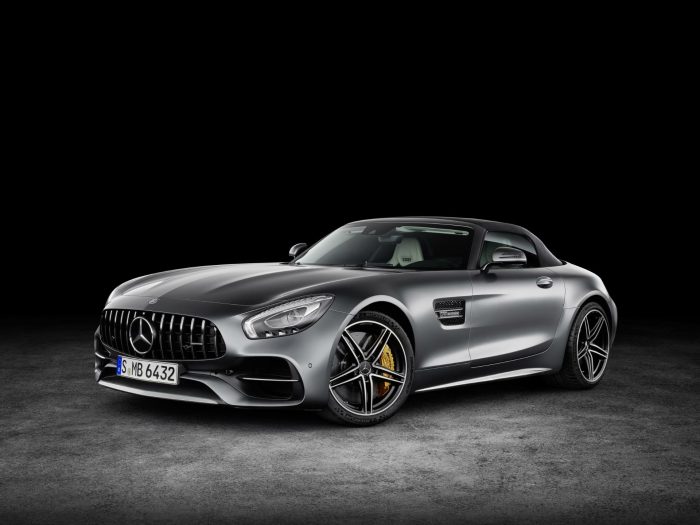 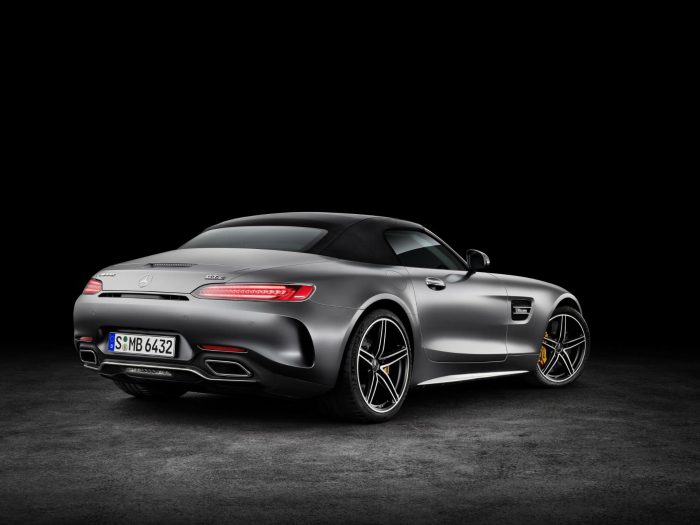 Burmester have also managed to come up with a trick way to increase bass in the car. A subwoofer is fitted into the rear right wheel arch, thus making the entire car the subwoofers box and allowing for extremely low bass ranges.

To help with rigidity numerous aluminium alloys are used in the chassis and body. Magnesium is used up front for the deck and the body shell has been reinforced to compensate for the lack of a roof. 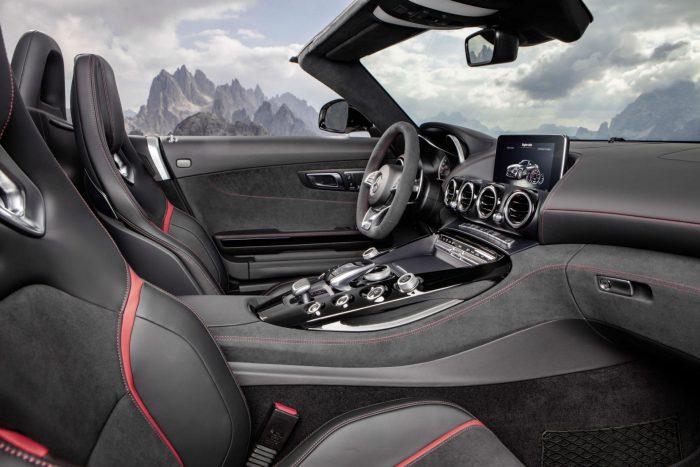 It also has a rather special boot lid. Made of Sheet Moulding Compound mixed in with carbon fibres, its the first time the material has ever been used. An active rear spoiler also features.

Both cars come with a 7 speed dual clutch gearbox with multiple modes, but the RACE option is only available on the GT C.

No word on pricing or a release date just yet. 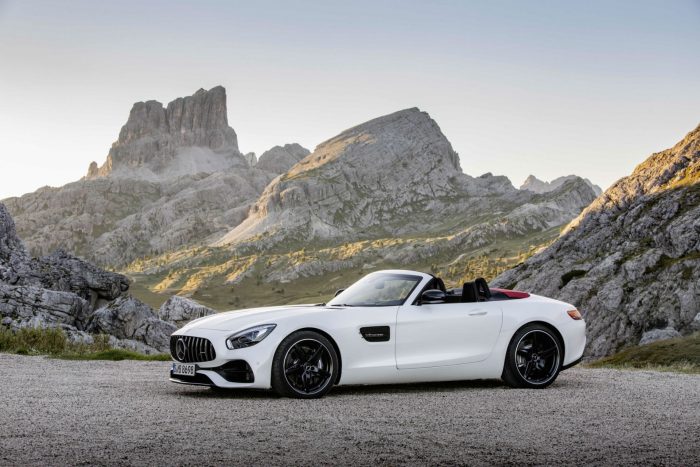