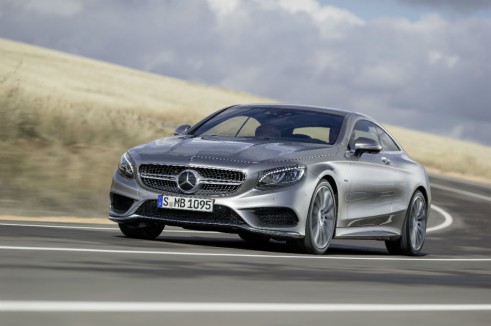 This is the brand new Mercedes S-Class Coupe that will make it’s debut at next month’s Geneva motorshow. 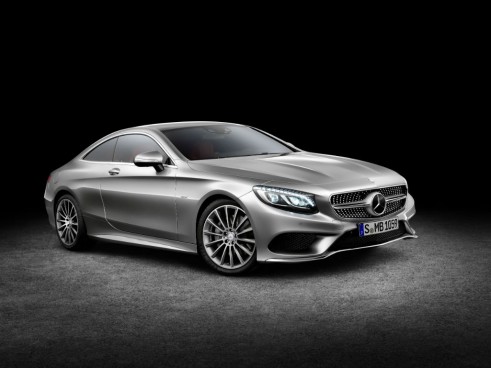 Outside the S features sleek lines carried into the standard S-Class face, at the side the low-slung roof is complemented by hard design lines running along the shoulder and lower sides above large 18 or 20 inch wheels.

At the rear brand new slim light clusters sit beneath a faux-rear spoiler that flicks up out of the boot. They both wrap around a large rear diffuser sat between dual trapezoidal exhaust pipes. 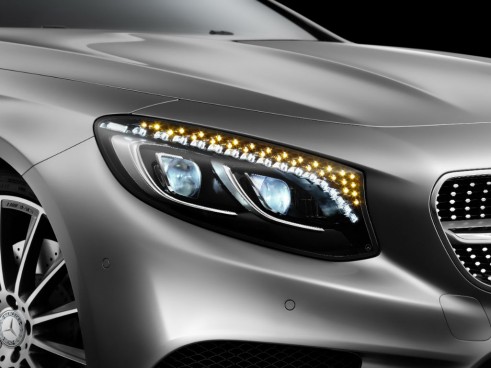 Up front Benz say the headlamps are encrusted with 47 Swarovski crystals EACH to produce a “striking” appearance, 17 of the crystals accenting the day running lights while the rest form the indicator clusters. 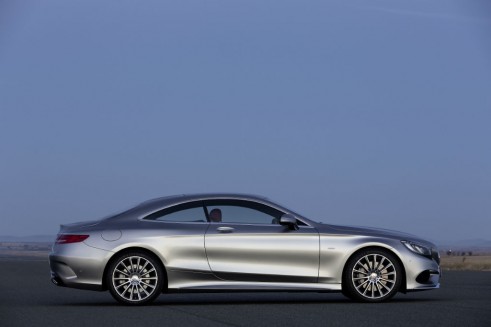 Above the Coupe is given a huge, two-third length, panoramic roof, meaning the S is swathed in 1.32 m2 of glass. 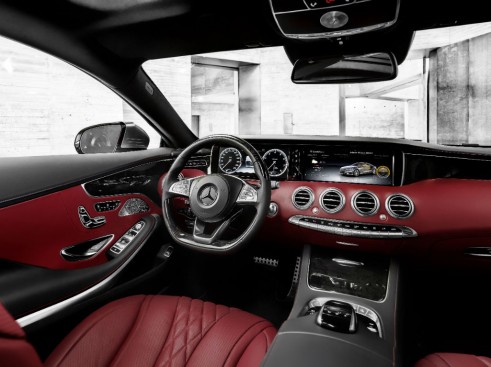 Inside Mercedes have showcased an interior plastered in red leather, with a split – two part – dashboard that features a unique ‘wraparound’ section designed to cocoon the driver inside the S.

In the middle four air vents sit below a huge, two-part screen, one half acting as the speedometer and dials and the other the infotainment system. 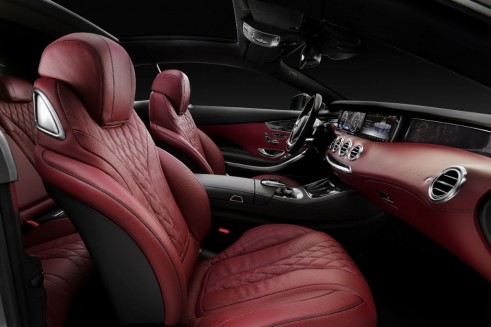 That giant touchpad can be connected to the optional head-up display – beamed onto a 21x7cm area of the windscreen and designed to look as if it is floating above the bonnet.

Underneath the new curve-tilting function is standard and means the car can lean up to 2.5 degrees into each corner after detecting the camber and angle of the corner using a series of cameras. They claim this will increase not only performance, but also passenger comfort. 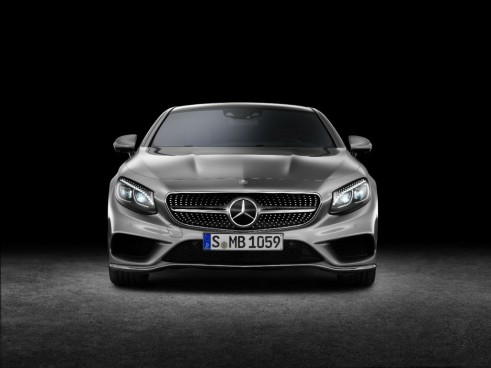 The Coupe also comes with the standard huge array of safety features found on the Saloon.

Merc has not released any specs for the Coupe but expect performance details to emerge when the car makes its debut in March. 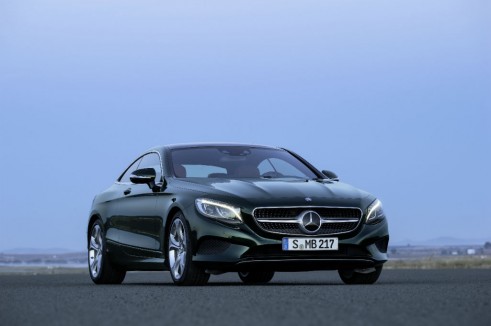 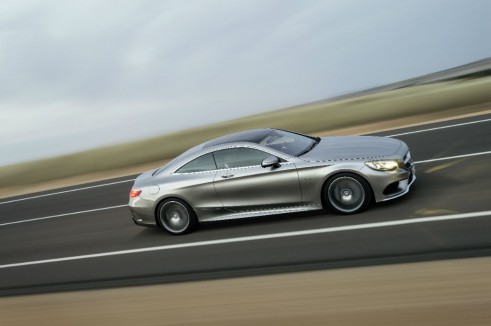 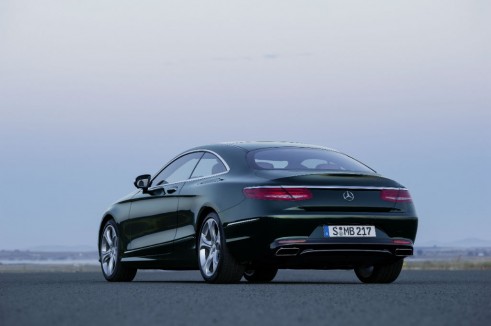 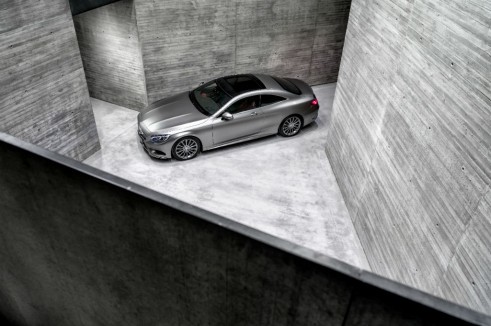 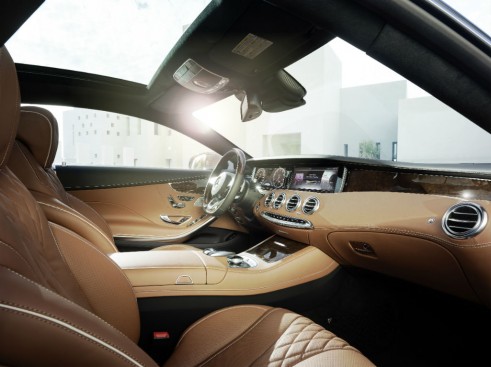