You could first gaze upon the newly unveiled Lexus LC500 Coupe and be forgiven for not quite knowing where it sits in the market, or indeed whether it is another iteration of the poetry inspiring LFLC concept from which it has spawned. As I write this now I’m reading tweets like “S Class Coupe beware”, “can it stand up to the Audi R8?” and “Watch out Mercedes SL”.

These are coming from long standing industry professionals, but I empathise with their confusion. I looked at it initially and exclaimed blasphemy at the prospect of an LFA successor. 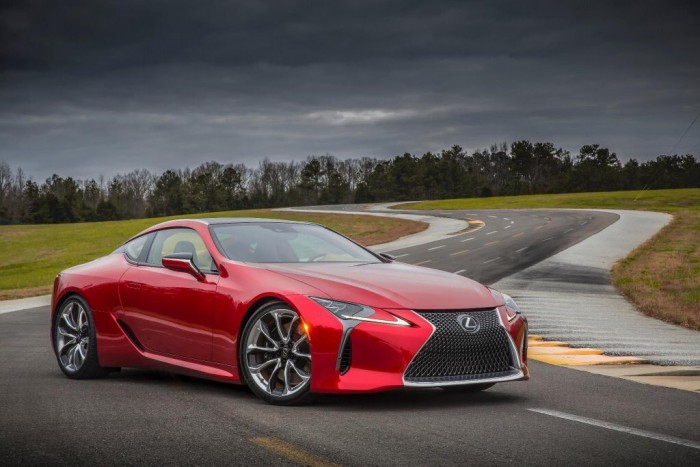 An LFA Successor it is not, let that be made abundantly clear, but mine and others confusion is nothing but a glowing testament to the hand over fist success that is the styling of this car. Not to mention lending irrefutable credence to the rule that when going to production, stay as aesthetically close to the jaw dropping concept as possible.

It will not to be everyones “tastes”, but it is a beautifully proportioned strikingly (and I think stunningly) appointed spit in the face to the German pseudo Sexy status quo that is the latest Mercedes SL and BMW 6 Series.

Yes, this car is a direct rival to those vehicles. Tweeter number 3 got it right. Thats not to say that the Germans are unattractive, they’re lovely. Plumbers sidling through the gizzards of Kensington watch them waft past and mumble “eh, nice Merc/BM” or a salty venomous “Baastard”, but the LC will undoubtedly drag out a “CORRRR” or six. 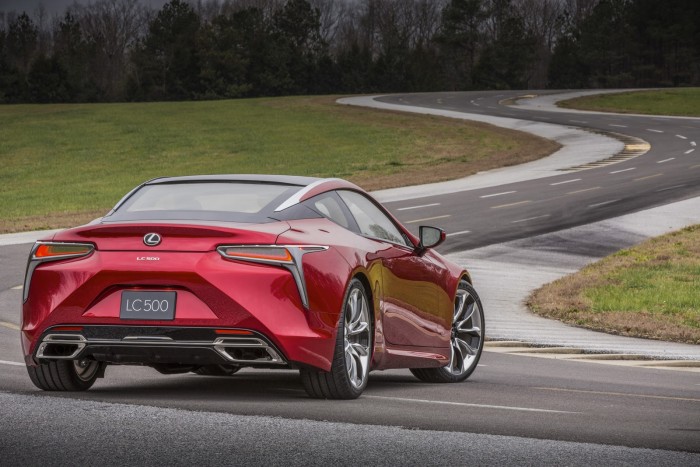 The good news very much carries on in the interior as well. It’s as if a branch of DFS and the show floor at the Consumer Electronics Show were inserted into the large hadron collider and smashed together at light speed. Strong gratuitous allusions to the lusty LFA supercar are welcomed: serving to be familiar, sumptuous, leather bound, tech laden proof that you, the owner of this Lexus, are doing better in life than anyone else within 1000 square yards. 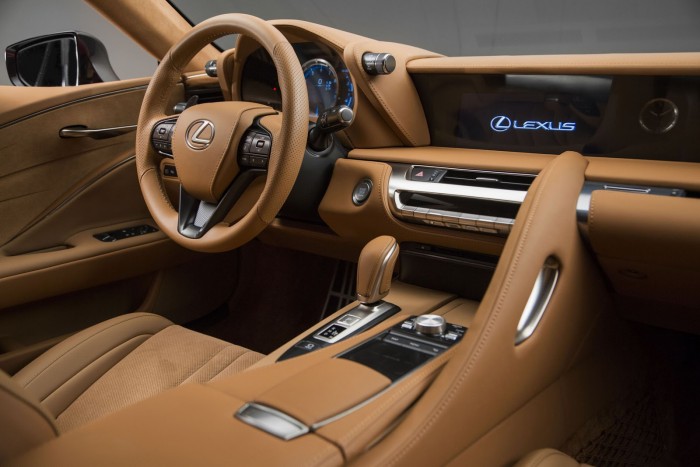 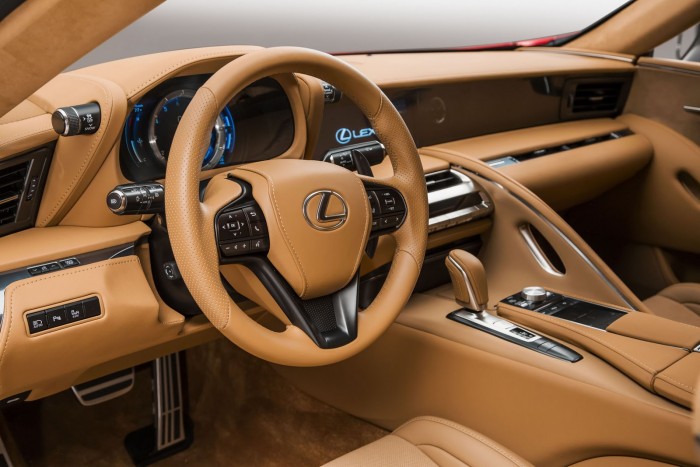 Now over the doughy trouser stuff and onto the technical jargon.

LC500 carries over the RC-Fs 5.0 litre 467bhp V8. This is put to ground through an all new ten speed automatic transmission with “shift times rivalling those of a dual clutch”. Encouraging news given that we know the existing 8 speed unit in the F’s is not quite up to the pace.

The new unit is lighter, too. There is rumour of an as yet unconfirmed LC500H with a hybrid V6 powertrain outputting similar numbers to the V8. Nothing by way of an F range topper has made an appearance, but it’s touted as highly likely for next year sporting serious M6/SL63 rivalling specs.

Performance numbers are scarcely available at the moment but Lexus claims 4.5 to 62 is the target. Again, very reminiscent of big German coupe rivals. Top speed will be in the ballpark of 170mph: nothing supercar rivalling but a fair old lick in its own right.

As it stands, although its not in its ultimate flagship form just yet, the LC has been engineered with performance balance in mind. The new “premium rear wheel drive luxury platform” (which will spawn subsequent models) allows for the majority of mass to be as low and central as possible, which depending on the success of such best laid plans, will make the LC taut and engaging to drive. 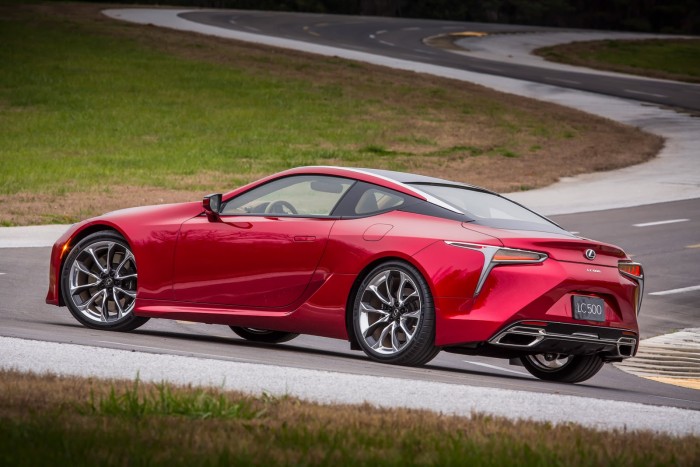 As yet the biggest thing to take away from this debut is that the LC500 exists, and it looks the way it does, which is utterly sensational. The Germans should be quaking in their boots.

This car seems to be all things to all luxury sporting car buyers: the aesthetics and dimensions of a supercar and the performance, interior appointment and packaging of a premium sporting GT. Hopefully it pedals as good as it looks, which, it has to be said, other recent sporting two door offerings from Lexus certainly haven’t. We’re not sure when it’ll be here for us to drive, but you can be sure we’ll get our grubby mitts on it at Geneva. 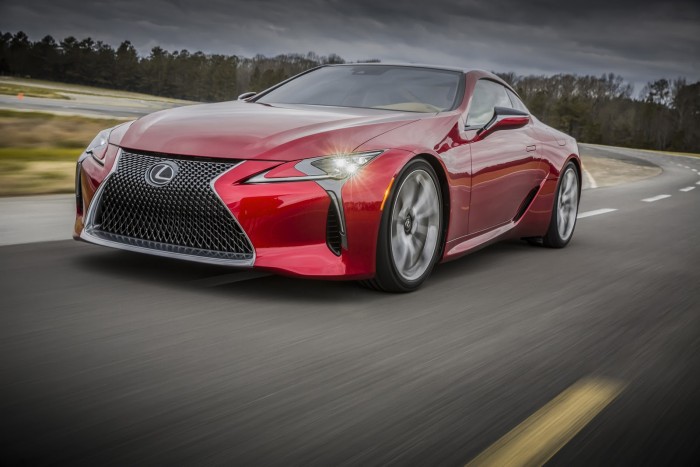