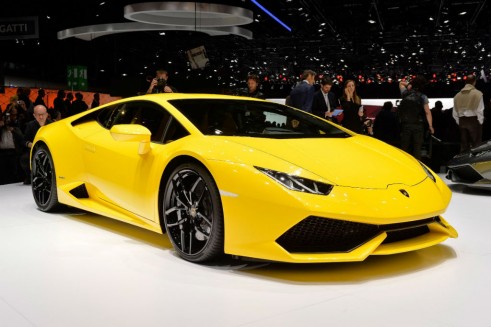 The long awaited demise to the Gallardo Saga has given rise to a successor which has now made its debut in Geneva.

We’re now used to the subtle yet menacing lines of the Lamborghini Huracan LP-610 after renderings were outed by Lamborghini a few months ago. 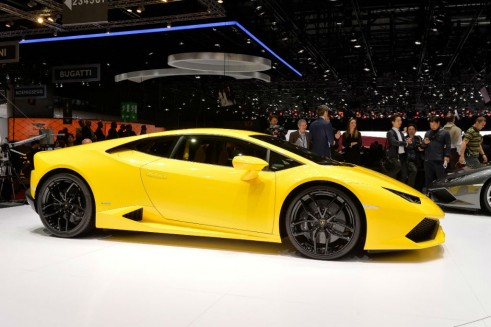 Met with a mixed response, its supporters rejoiced at the continuation of the Lamborghini design philosophy: a revolution through evolution, and its critics – of which there were a good few – slated it for being too conservative. Even boring! 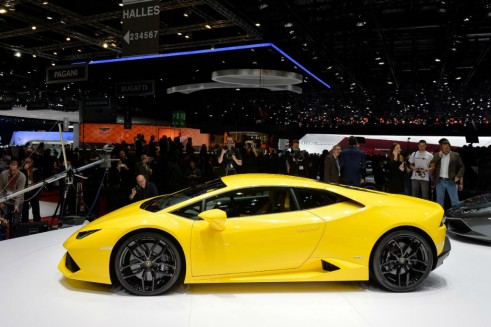 We are of the former school of thought and thoroughly commend Lambo for not over designing it! To my mind it looks sensational, even pretty, next to its competition the 458 and McLaren 650S.

What may sound conservative are the specs and mechanicals underneath, which we are assured have undergone a significant overhaul and rehash.

A familiar sounding 5.2 litre V10 produces around 600 BHP which is routed to all four wheels, via an all new dual clutch transmission.

Manual gearboxes are now a thing of the past for the raging bull which is a shame, but such is progress and the movement of the market. Expect the baby bull to take 62 in 3.2 seconds and go beyond the 200 MPH marker. 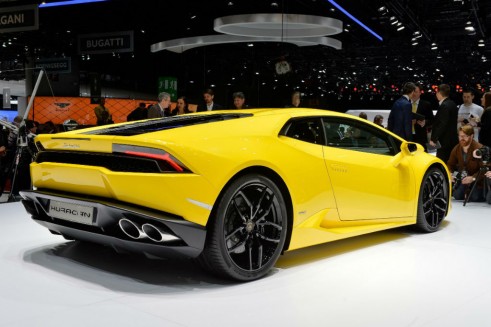 Its Geneva debut has had many taking back their gripes about conservative styling.

In the metal it sits in its Giallo hue with black wheels looking squat, taut and ready for a fight. We look forward to seeing it in action!

Not a shock debut, but important and good to see in the flesh.

Expect the Huracan to be out and about on the road later this year as Lamborghini have already started taking orders. 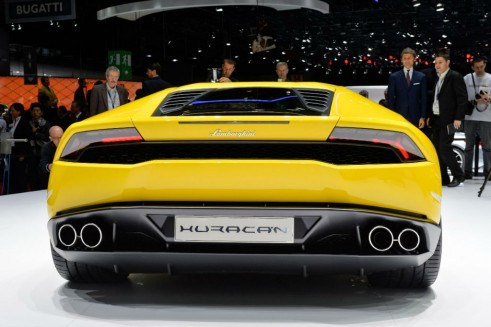