The Lamborghini Aventador SV Roadster is among us and it presents no surprises neither in the way it looks or in the figures that it boasts. Not a bad thing- the coupe isn’t exactly lean in the performance or panache department. A lifted lid will no doubt bring the punters closer to all the action and noise for that extra amplification of the SVs visceral assault. 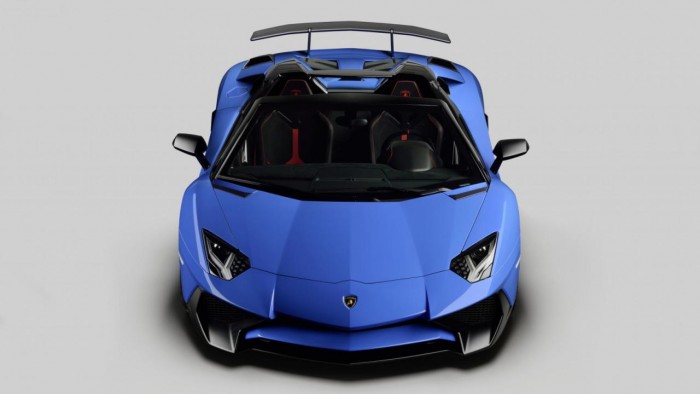 Introduced at pebble beach in a curious mild blue hue yesterday, the  the 750bhp Roadster is a perfect synergy of the SV coupe and the LP700 Roadster. It borrows the multi-spoke wheel design, sports seats and aerodynamic paraphernalia of the former, whilst carrying over the standard engine deck lid design of the latter.

Everything under the skin is retained including the new magnetic fluid dampers and obviously the uprated 6.5 litre V12 engine. 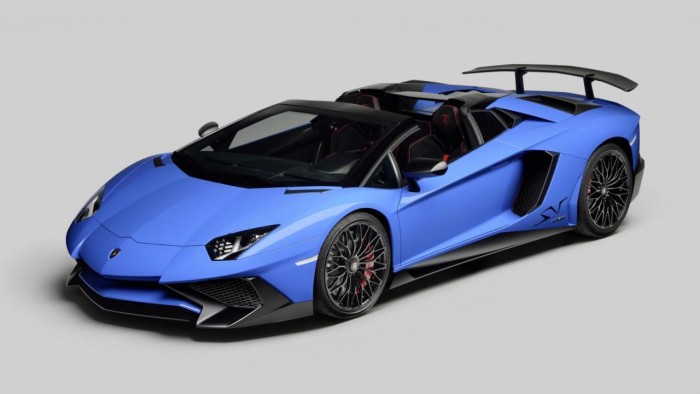 In loosing its roof the open top SV has gained 100 kilos over the coupe but remains 100 kilos lighter than the standard roadster. 62mph arrives in 2.9 seconds- 0.1 less than the coupe, but the roadster retains the “217mph+” top speed. 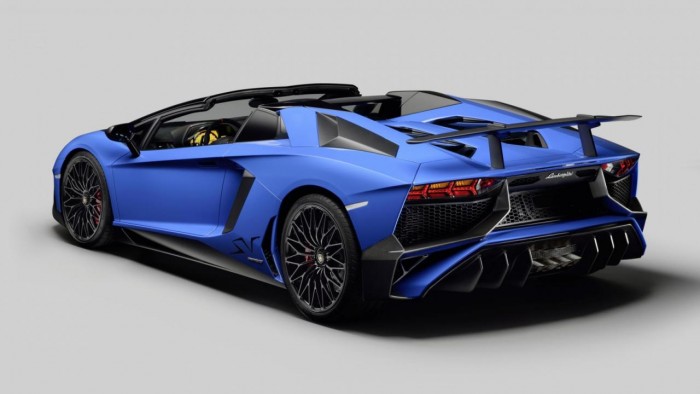 The fact that there is a roadster variant of the SV is further testament to the school of thought that this is no swan song for the Aventador, which has only been with us for four years by comparison to its predecessors nine year run.

Though limited in production number, the SV is likely only a component in Lamborghinis plan to offer more versions of the car before it’s time is elapsed, to keep it fresh and its sales figures plump (a la Gallardo roll out plan).

Following the SV we could see a facelift or at least some refresh at the standard LP700 price and performance point before the appearance of a real hardcore (and likely coupe only) run out model which could carry the “Jota” monicker. 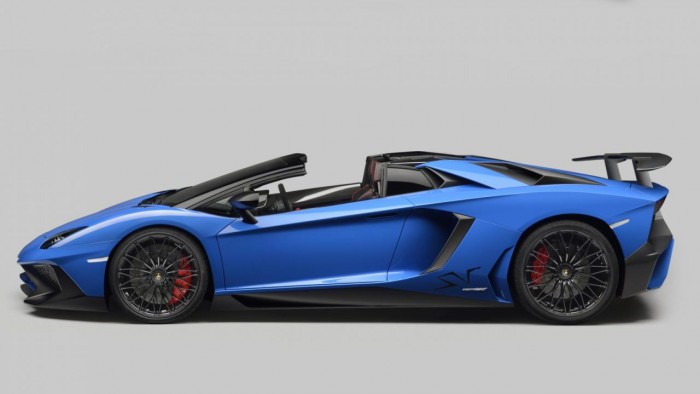 This is all of course speculation but is by no means wild or unfounded with whiffs and release schedule leaks suggesting that the above will happen.

For now the now sold out SV Coupe will be joined by 500 units of its Roadster counterpart, the first of which is currently on display at Pebble Beach. If you snag yourself a VIN for a few shades under £400,000 you can expect to receive your car no sooner than Q1 2016.