We’ve always had a soft spot for the Kia Pro Ceed GT, but when this new model came out, I wondered what on earth they’d done to the poor Pro Ceed, now dubbed Proceed as it probably always should have been.

Six months on and it’s sitting in front of me. God it looks good!

Prices start at £24,290 for the entry-level model, but what we’re interested in is the GT. The hot one, the quickest model in the range. Well, for that you’ll have to raid your piggy bank and fork out £28,285 – performance comes at a premium. 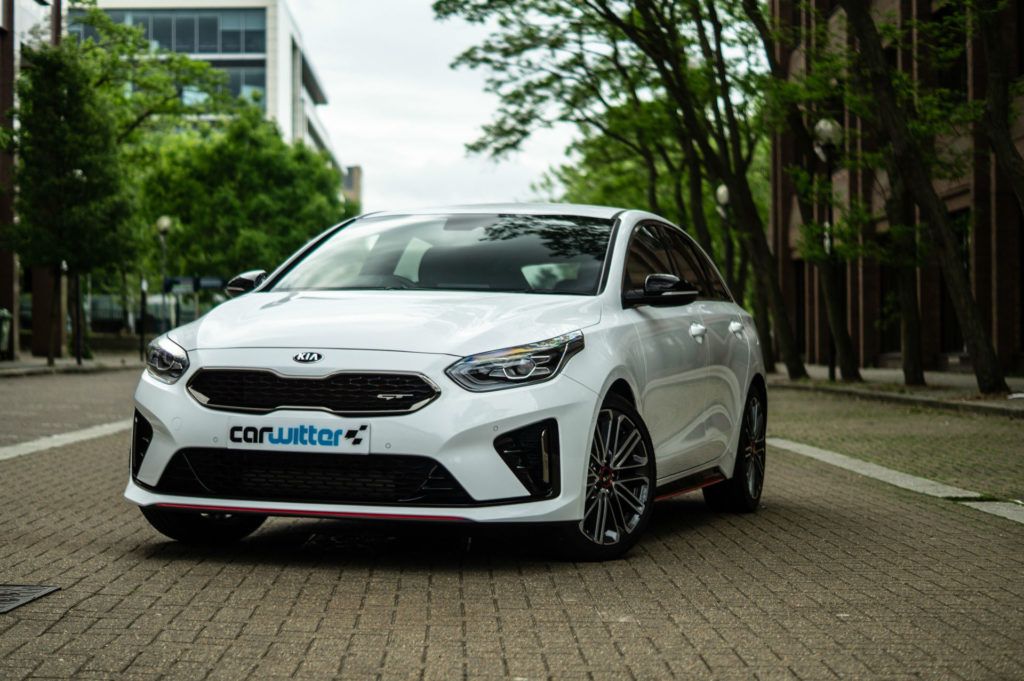 Shooting brakes are often a thing of beauty, mix a coupe with an estate, and you have something like no other. It takes a bold, confident manufacturer to adopt the design, and it’s especially odd to see one being fielded by a Korean manufacturer.

Those first few ‘WTF’ glances when it was unveiled are but a distant memory. I love it.

There are precious few vehicles on the road which look genuinely different, and although the Proceed looks pretty ordinary from the front, everything after that is a challenge to convention.

It’s incredibly premium in its looks, from the four LED daytime running lights that mimic that of a Porsche, to the rear LED light bars that are reminiscent of Audi. Forget the Stinger, this is the pinnacle of Kia’s range right now. 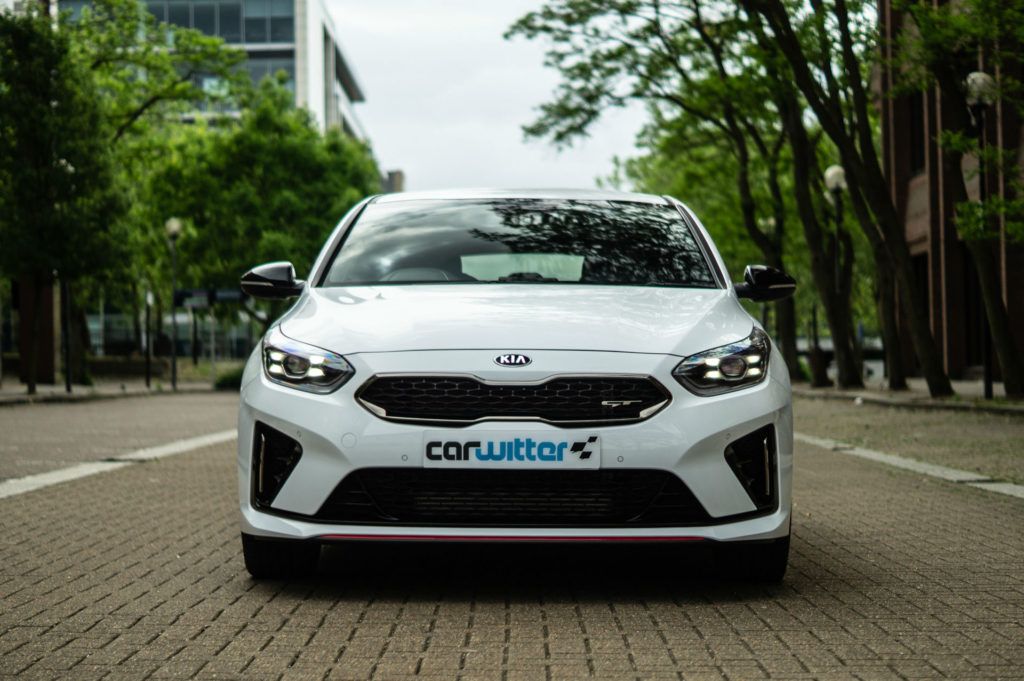 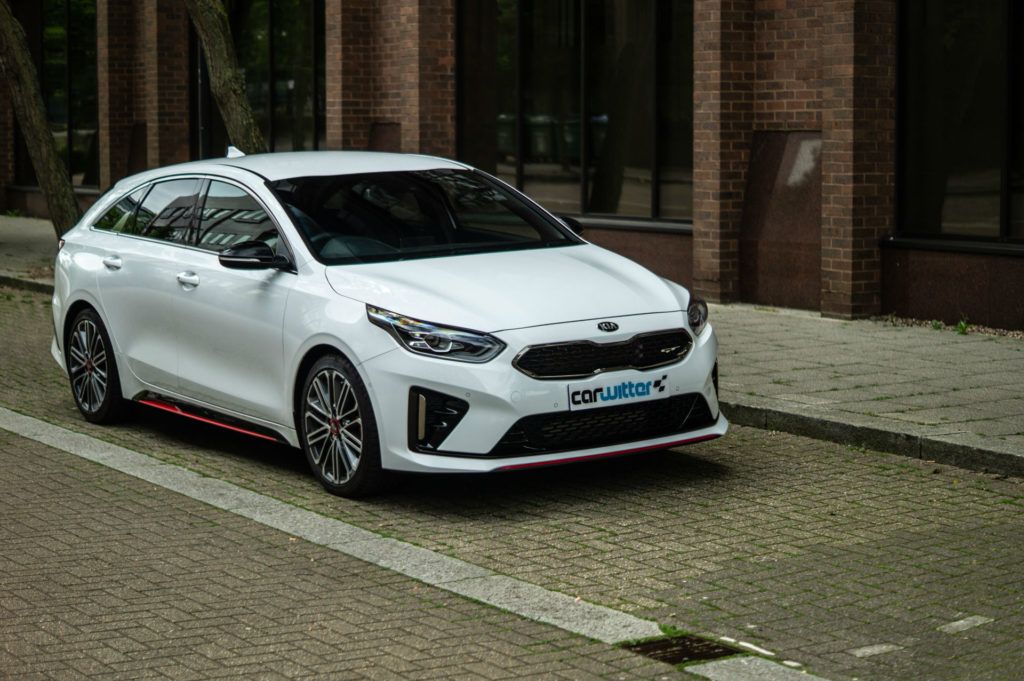 Sadly, and usually, this isn’t a bugbear, but the 1.6 litre T-GDi only comes fitted with a 7-speed dual-clutch transmission.

Normally this can be a great thing in a sporty hatch, and as engaging as switching cogs manually can be, some lend their driving aesthetics to a flick of the paddle keeping you laser focussed on the road ahead.

In the GT the DCT just isn’t sharp enough. You feel like it stifles those 200 horses rather than freeing them. 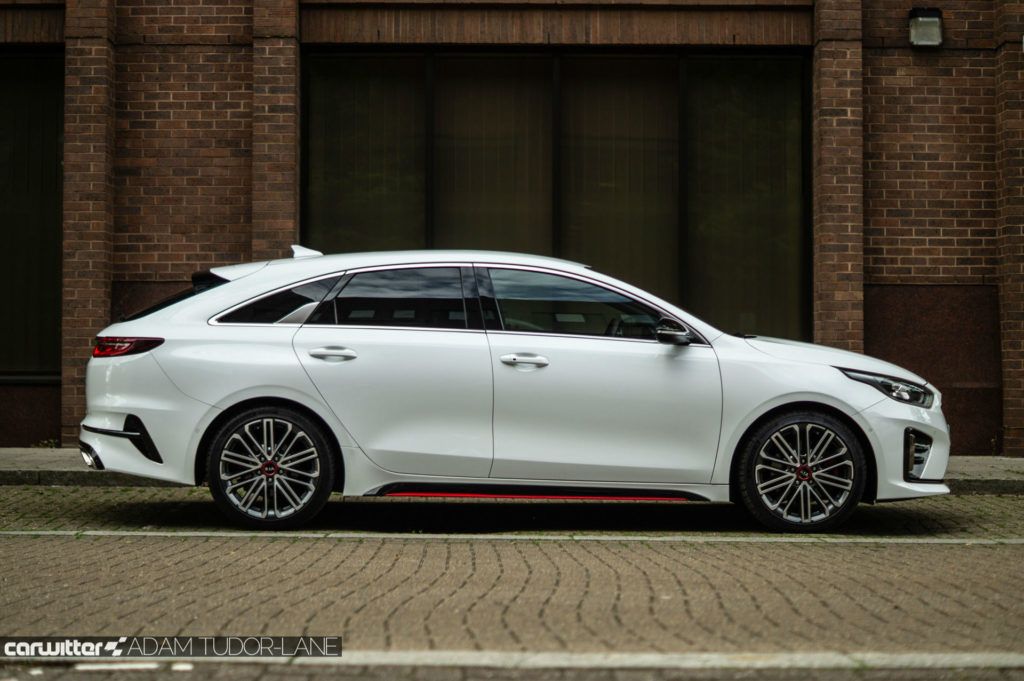 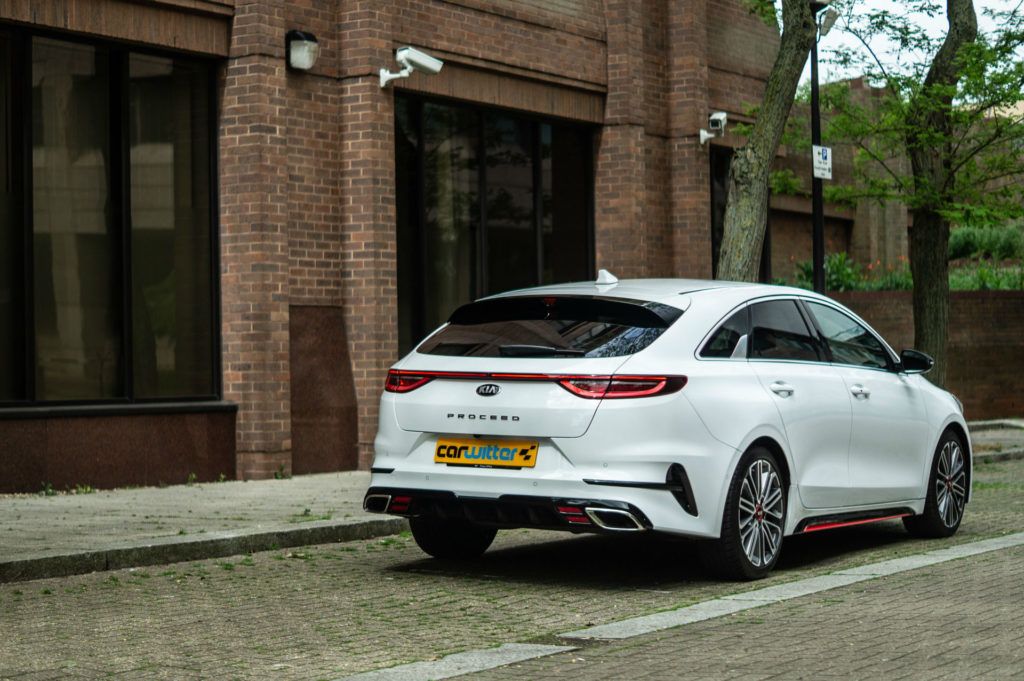 Handling is pretty poised for such a big car, you can thread it through some country roads with ease, while it brings a wry smile to your face. Especially if you get on it with the paddles.

There’s a tiny amount of body roll, but it’s controlled and this Proceed GT model benefits from stiffer springs compared to the other trims.

You do get a ‘mode’ switch where you can pick ‘Sport’. This opens a roarty exhaust flap which adds a little to the theatrics, it also weights up the steering and sharpens the throttle response.

Ride is on the firmer side but isn’t crashy or harsh. You will, however, notice potholes and imperfections more than in a run of the mill Ceed. 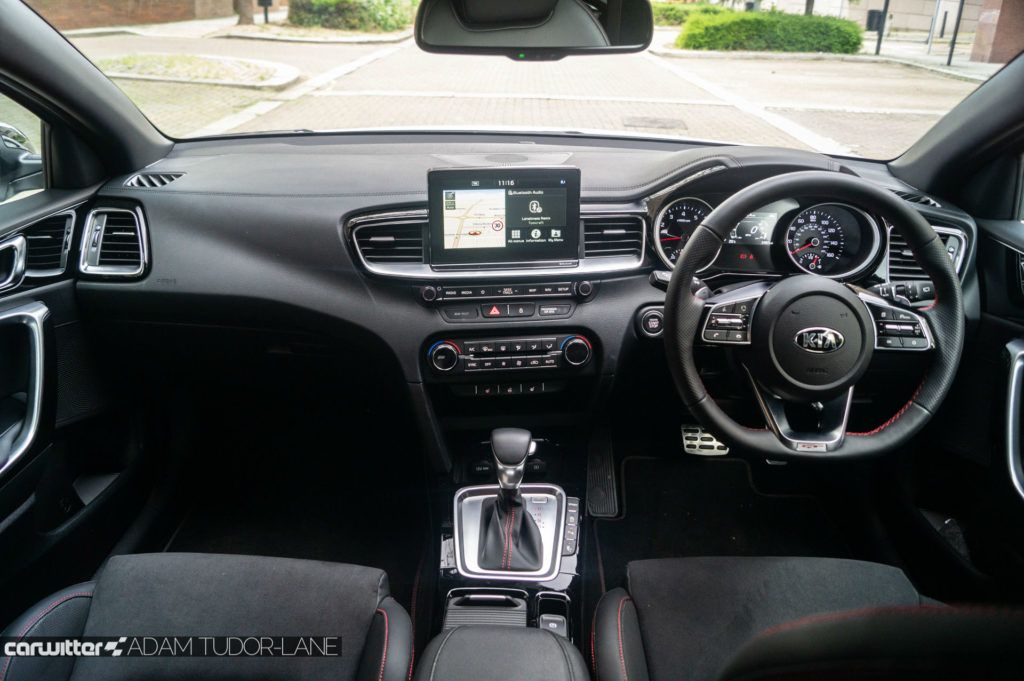 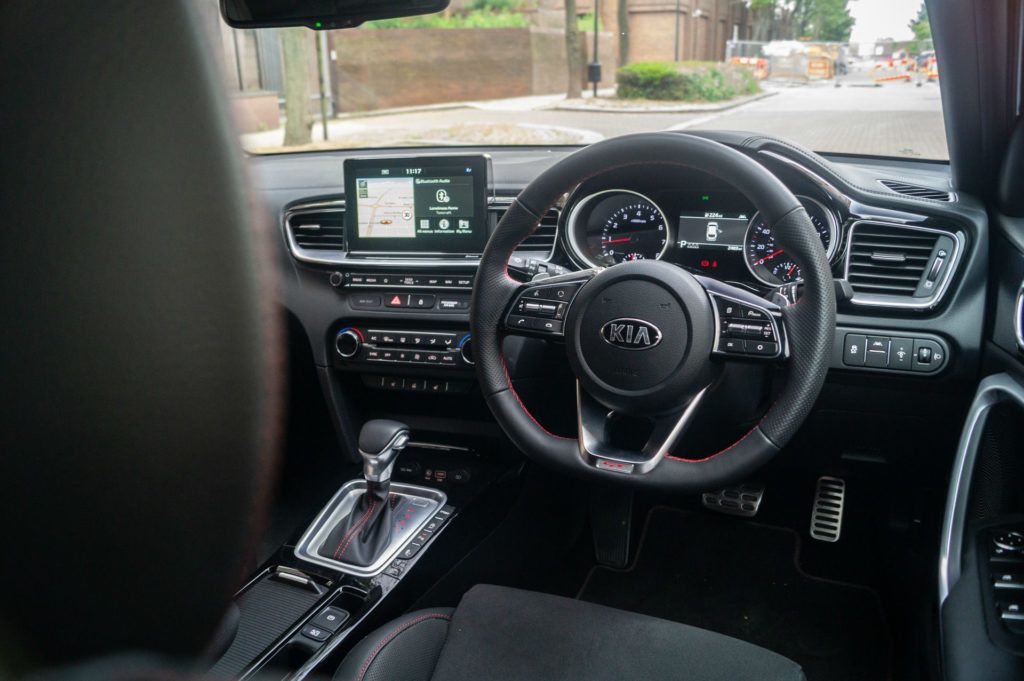 Annoyingly that svelte exterior isn’t matched on the inside. Compare it to VAG offerings and the dash is a bit too button-tastic, there’s definitely a lot of Korean going on in here. 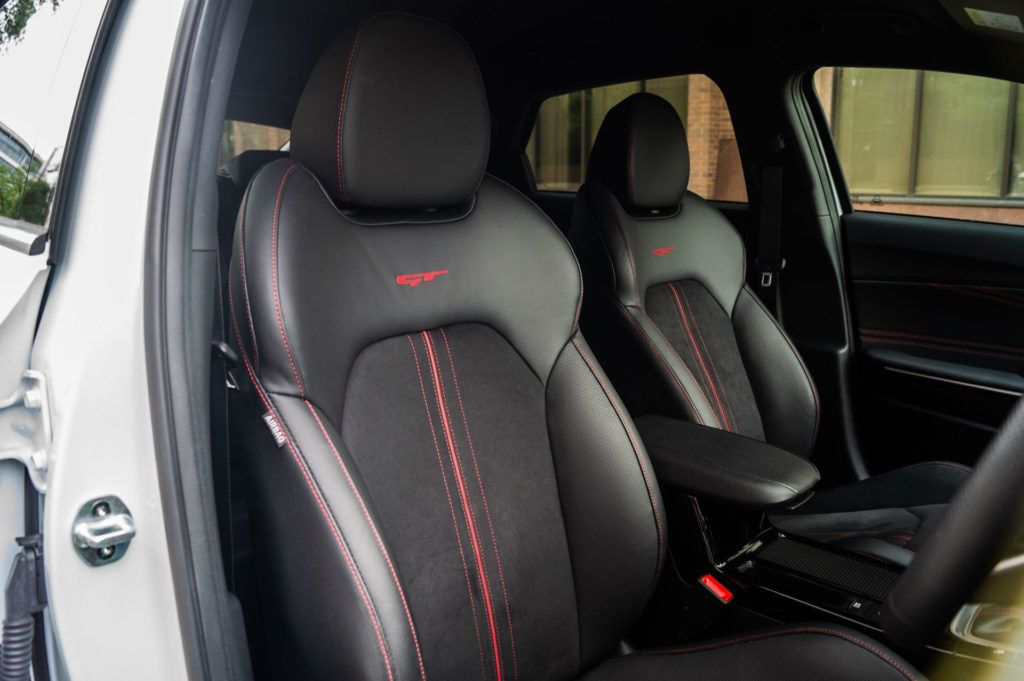 Dash plastics are of a high quality though, and there are a lot of nice detailed touches.

Red stitching on the gaiter, wheel, door cards and the suede seats are particularly nice. You feel cocooned in the black interior, adding to the sporty vibes.

While it’s not as clean as it could be, the inside of the Proceed GT is practical, and everything falls to hand easily. The 8-inch infotainment system is also quick and straightforward to use. 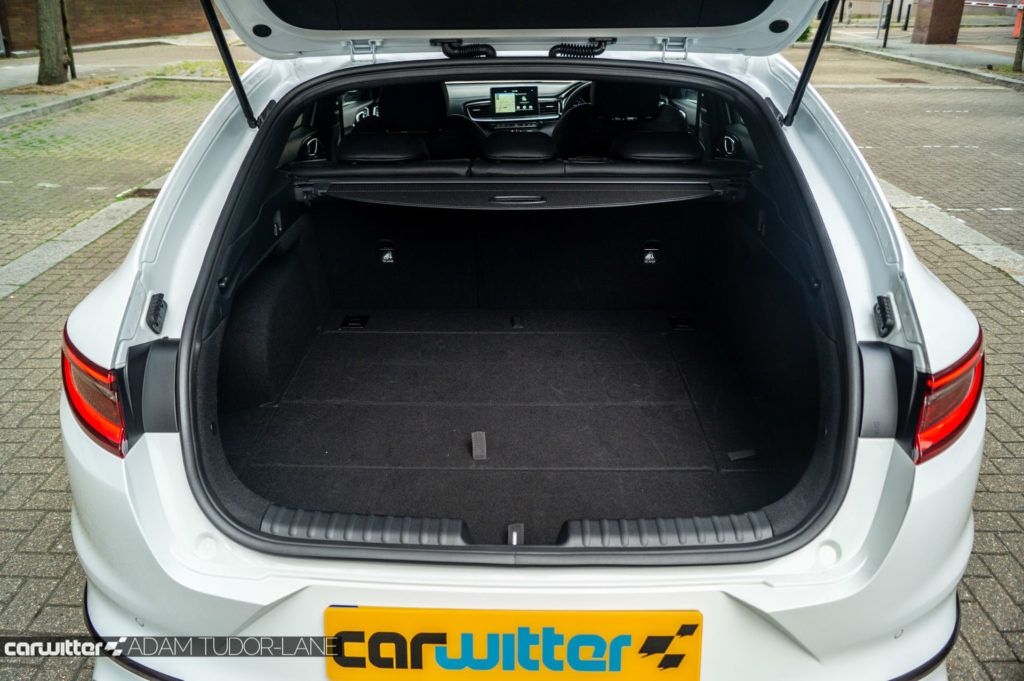 Rear seat legroom in the Proceed is good, but the headroom lacks a little for taller passengers due to that swooping roofline. Kids and youngsters will fit just fine though.

Add to this, Kia’s real trump card – boot space. It measures in at a whopping 50% bigger than the Ceed, offering 594 litres of space. 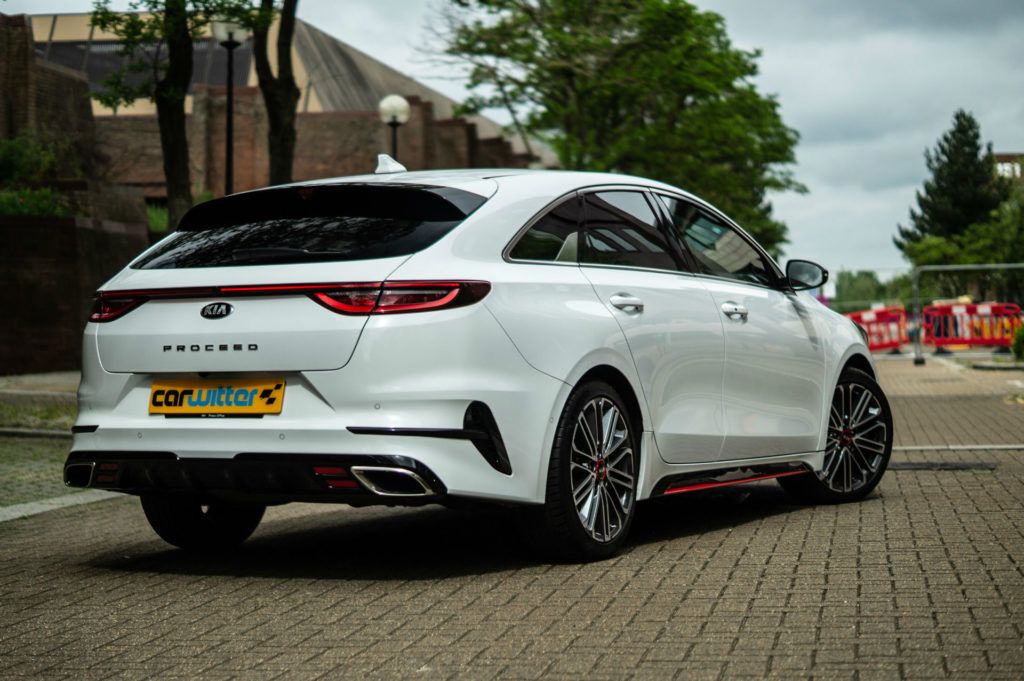 It’s not often cars this different come to market, bold styling that breaks the mould when compared to the competition. The world is short of shooting brake designs and Kia have come up trumps.

GT trim offers excellent performance, sportier looks and all the kit you could ever ask for. As a fast family wagon, you couldn’t want for anything more.

Yes, the DCT isn’t as quick as it should be, but use it in manual when you need some pace and it does a great job. You can also forgive the button ridden interior as the outside is looks so damn good.

I’d own one just for the design alone. 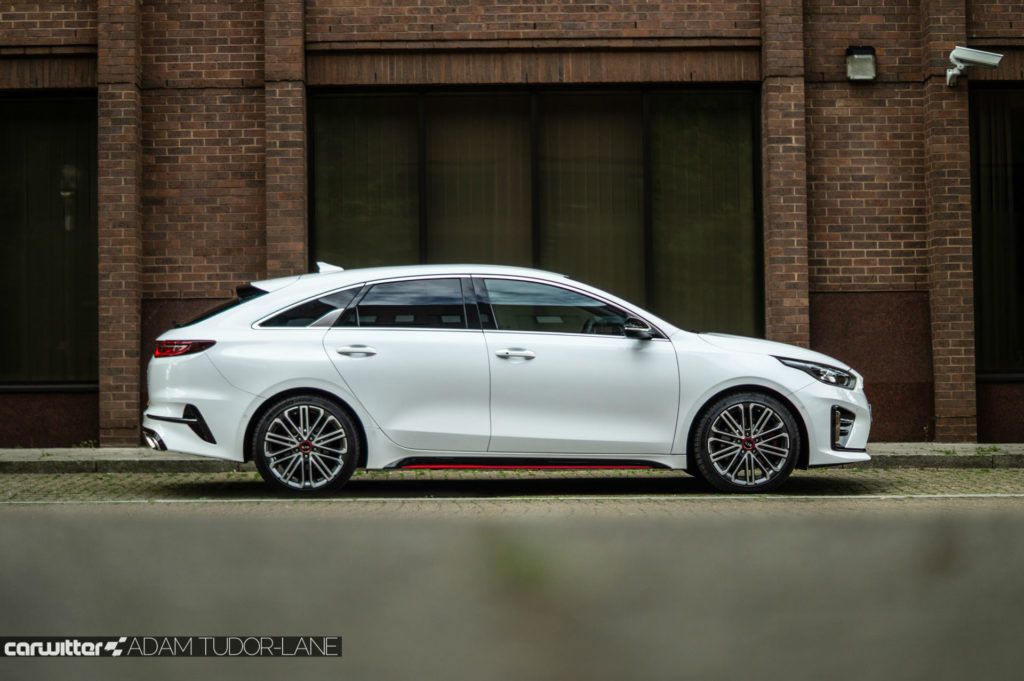 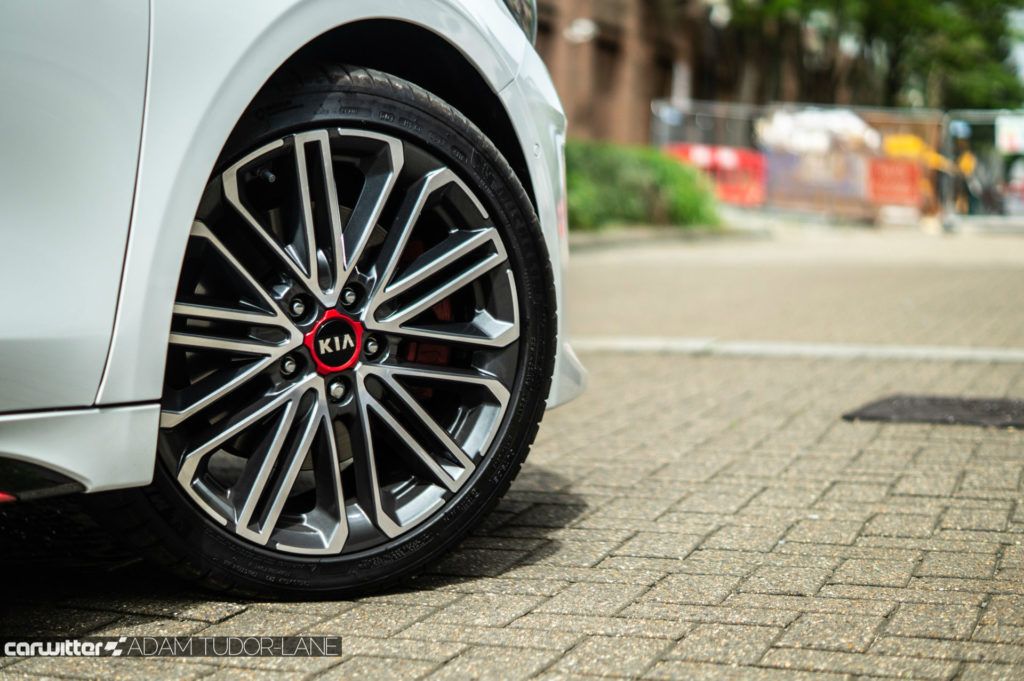 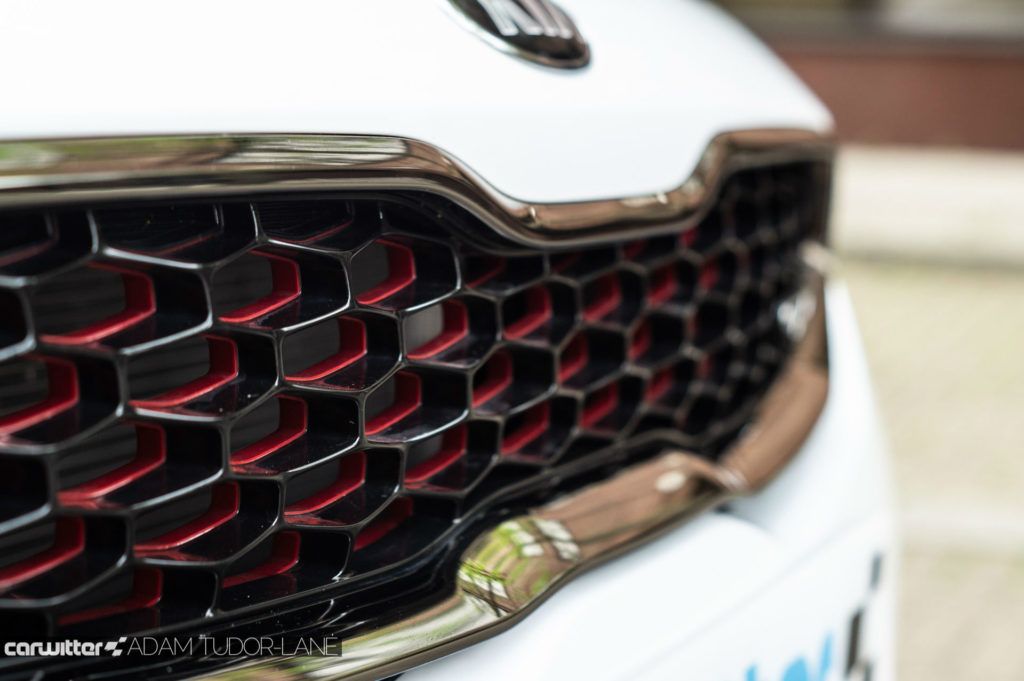 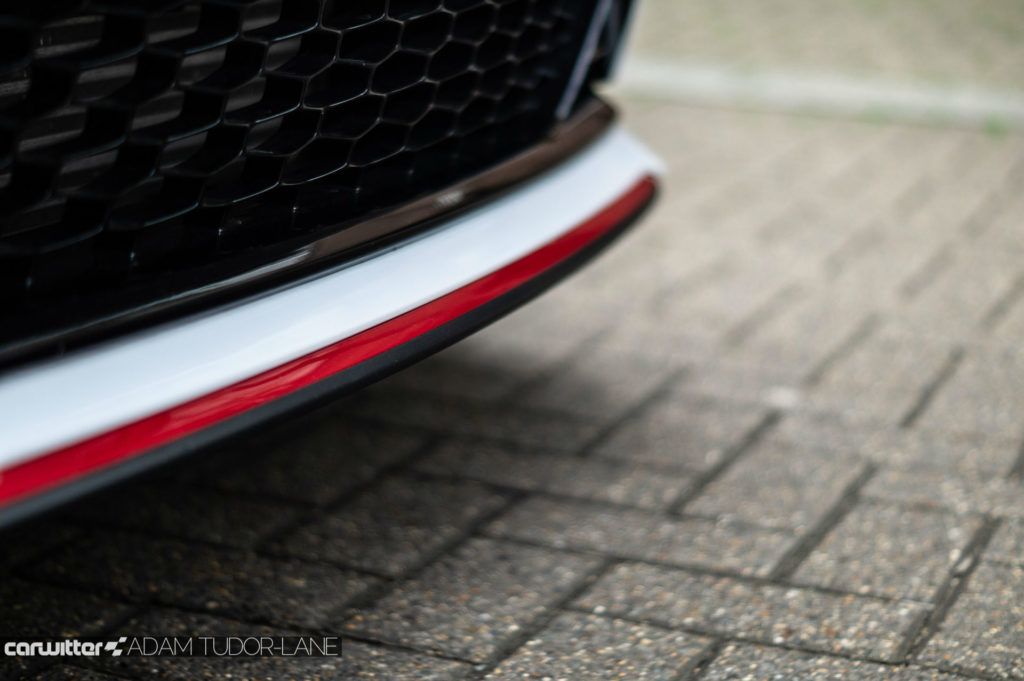 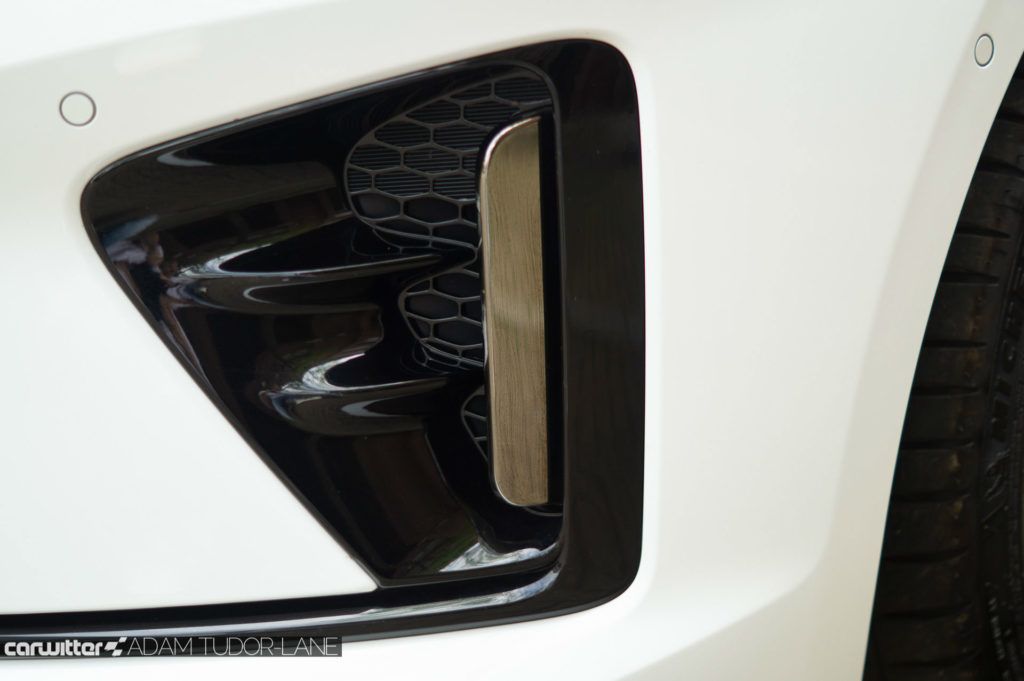 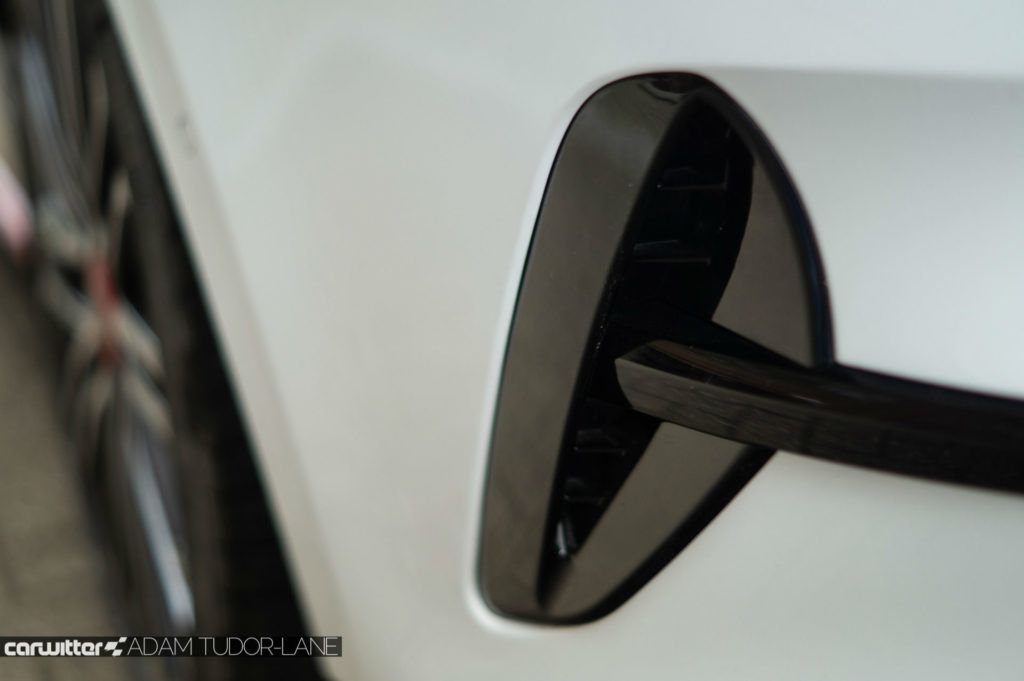 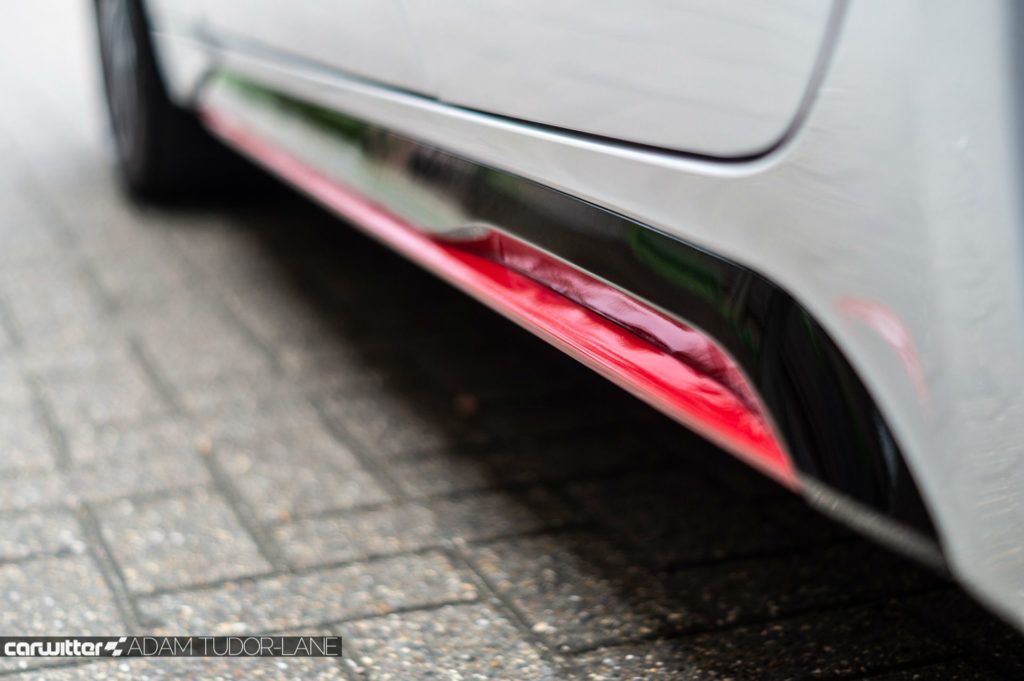 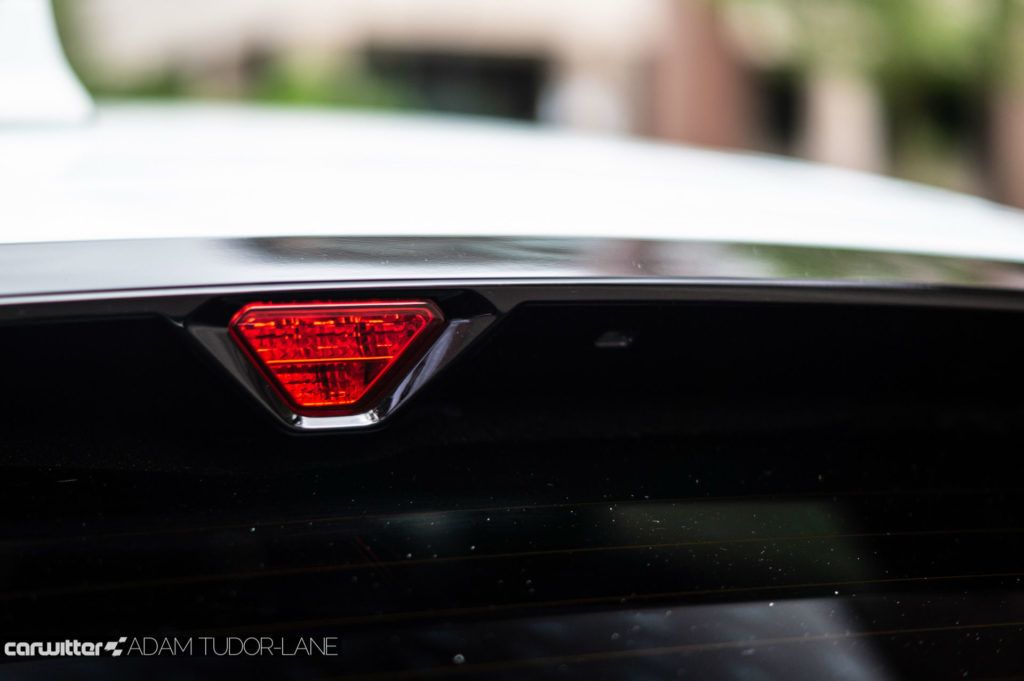 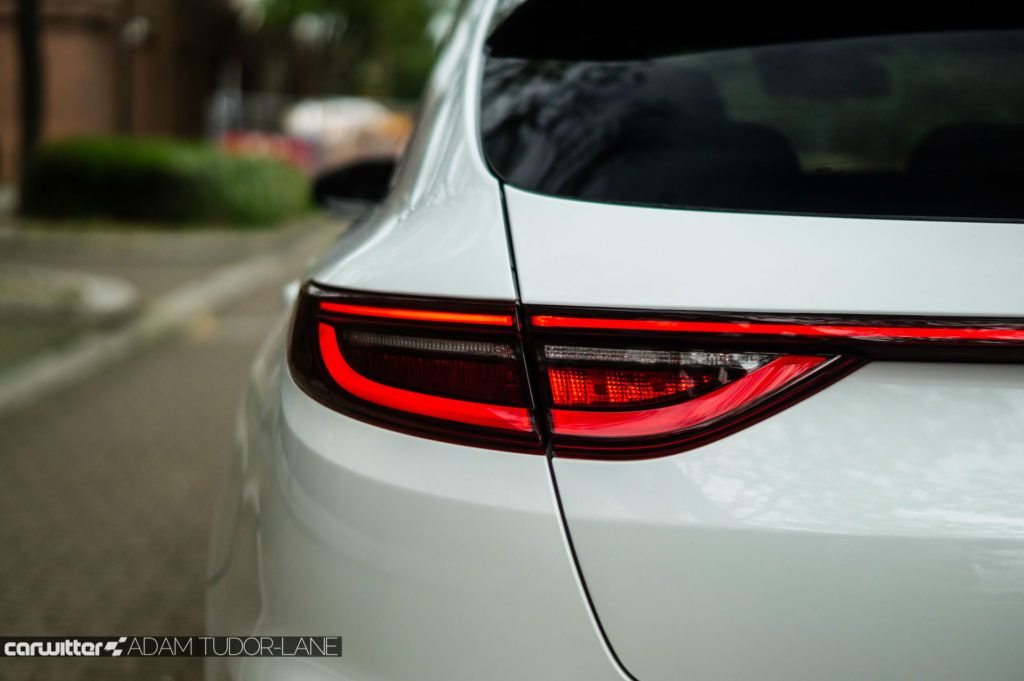 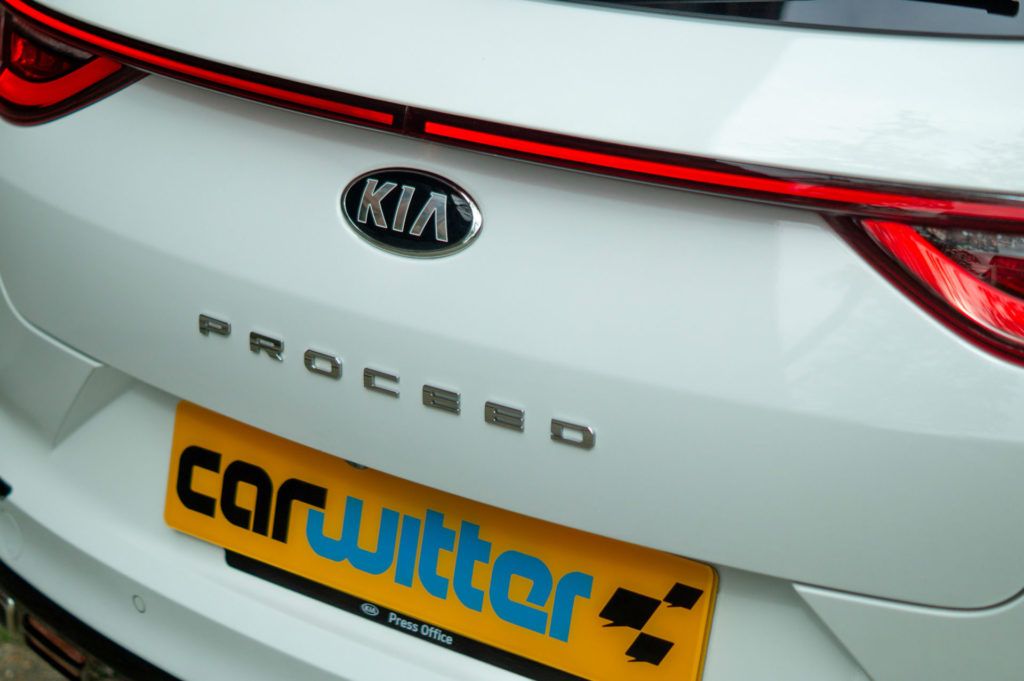 VR is the automotive future we need

What You Should Consider Before You Go For A Used Car