Kia have released an all new Optima, but you wouldn’t know.

Looking much like a facelift with some tauter lines and slightly fresher looks. The whole car is in fact brand new. Being 10mm longer, 25mm wider and 10mm taller. Its 50% stiffer than the outgoing model, and 0.01 more aerodynamic in its Cd rating.

Nearly every aspect of the Optima has been improved, tweaked or boosted. Even though the looks are very similar to the outgoing model.

We took a ‘3’ trim level for a spin to see if the improvements were only skin deep.

Coming in at £23,495 it’s middle of the range, sitting above ‘2’ but below ‘GT-Line’. The extra kit and flashier exterior bits are an extra £2,000 over the entry level model. The range topping ‘GT-Line’ is fitted exclusively with the DCT automatic box, which bumps the price way up to £29,395. 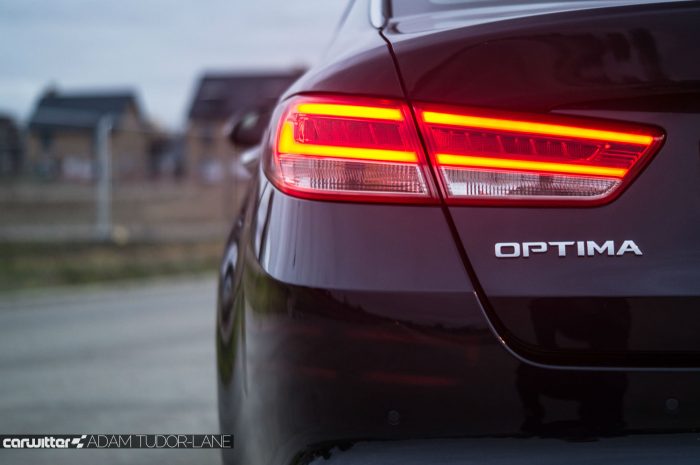 So, put them side by side and they’d be hard to tell apart. The new Optima looks like a total facelift. It’s not a radical change let’s be honest, you wouldn’t think this is a whole new car, fresh out of the factory.

There’s now a chrome swish running from the A pillar to the C pillar. There’s also a small section of glasswork by the rear passenger window, making the rear quarter look a lot less awkward over the previous gen.

The front and rear lights have been fettled with, newly designed alloys, but that’s about it.

It’s a shame a total redesign wasn’t on the cards, instead of the mild sculpting that appears to have gone on.

Thankfully the Optima has now been sharpened up considerably over its predecessor. The skin may not look vastly different, but you can feel the changes beneath.

Handling is sharp and direct; it’s become almost enjoyable to throw around B roads. Turn in is quite flat and roll well controlled, this isn’t what we were expecting at all.

Now it’s not quite Mazda 6 good, but it’s damn close.

That new found handling prowess is all down to that magic 50% more rigidity in the bodyshell, which also weighs in at 8.6kg lighter than the old model.

One thing that does let it down a little is the 1.7 CRDi diesel engine up front. It’s quite raucous under load, less so than in the previous generation, but it’s still noticeable. It makes 139 BHP and 340 Nm of torque, which is good for a 0-60 time of 9.7 seconds.

But that’s it, that’s the only choice of engine. As we said last time it would be good to offer the larger 2.0 litre CRDi that’s fitted in the Sportage. Again, it’s not greatly refined, but the added punch would be welcome to some.

Thanks to its 70 litre tank the Optima will literally go on for what seems like ever before needing to fill up again. We managed 406 miles at 44 MPG, the driving was a mixture of around town and long journeys. Oh, and we still had 117 miles left, allegedly. 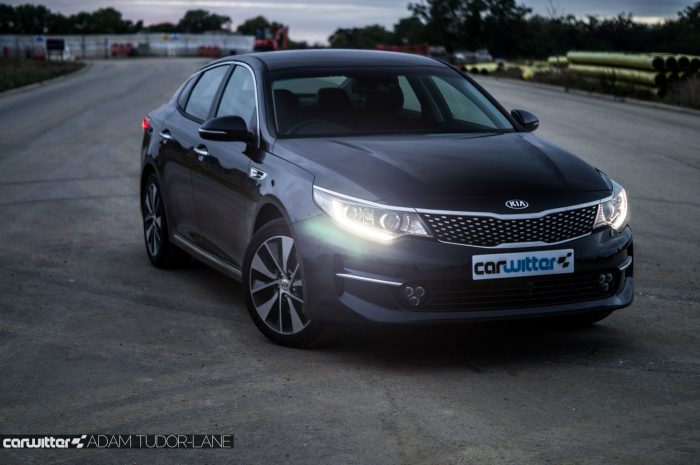 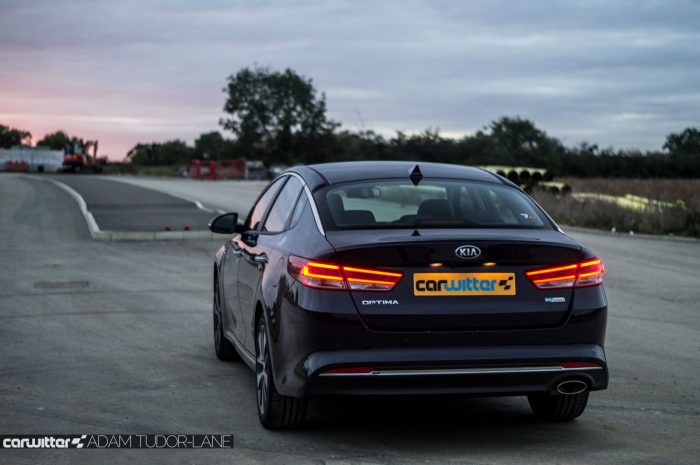 Once again, the school of thought with the inside of the Optima is evolution over revolution. The touchscreen is now larger and angled at precisely 8.5 degrees toward the driver – rather than being completely flat.

Kia say the dash is split into upper ‘display’ zones, and a lower ‘control’ zone. It looks fairly similar to the last model…just without those god awful air vents either side of the infotainment screen.

The centre console is wider to create an air of space, and the faux plastic wood trim of old is banished in favour of gloss black.

In the back, there’s far more leg, shoulder and headroom thanks to redesigned seating throughout. You also now get independent rear heating and pull up sun blinds built into the doors. Fancy.

So, the changes are more than skin deep with the latest generation Optima. Although the lack of external redesign is a bit of a let-down, the changes to the driving aesthetics more than make up for them.

Yes, a choice of engine would be nice, but due to all that torque the 1.7 feels quick enough under most circumstances. The increased space for rear seat passengers is great, and the whole interior feels far more upmarket than the old model.

As we said previously, the Optima is a worthy contender amongst the bland Mondeo. So if you have the choice give one a test drive, you’ll like it. 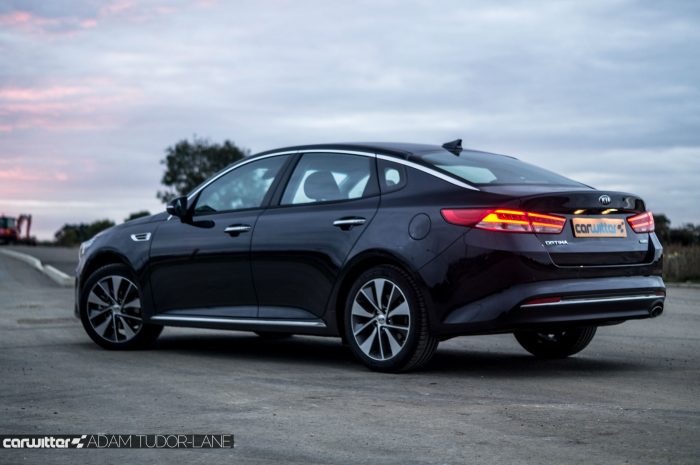 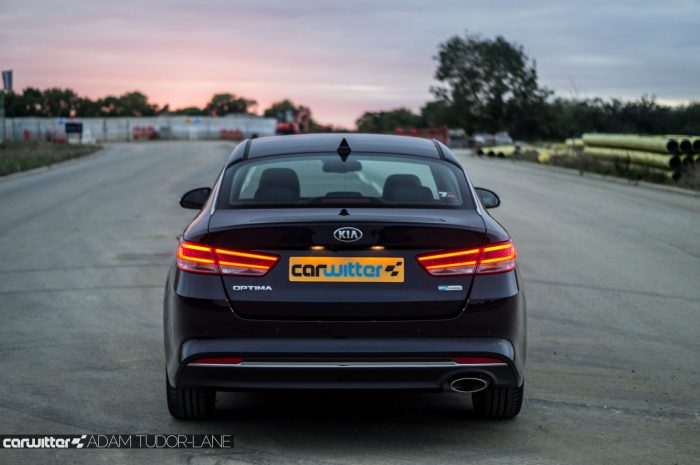