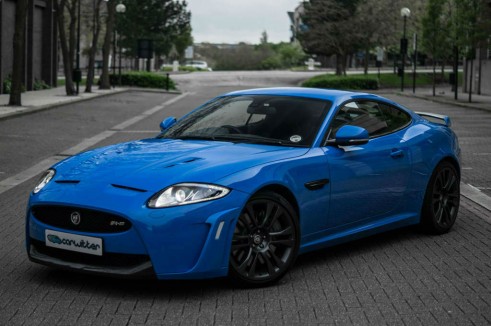 A few months ago Jaguar announced they were killing off one of their biggest cats, the XK. We had briefly driven the XKR-S and had been mightily impressed with it, so with the guillotine now looming we simply had to fully review this mighty beast. 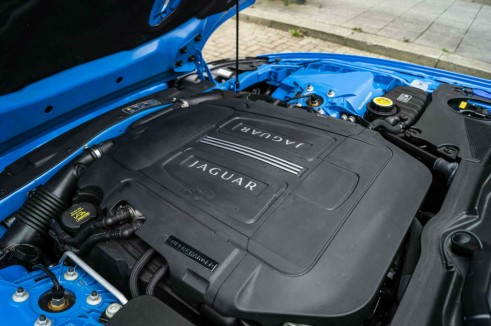 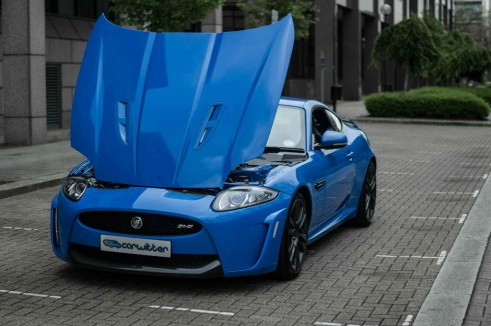 The XKR-S is fitted with Jaguars performance mainstay, the supercharged 5.0 litre V8. This pumps out a whopping 542 BHP and 680 Nm of torque, meaning cheetah like performance of 0-62 in 4.2 seconds. Top speed is limited to a heady 186 MPH. This is one mean bit of kit.

Pricing reflects this performance. A base spec XKR-S will set you back £97,465. Our Jag had upgraded gloss black alloys at £515 and the much needed reversing camera, another £410. This brought the total to £98,390. 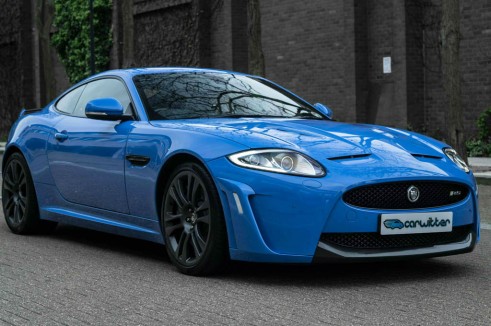 Jaguar launched the current XK model way back in 2007, 5 years on and a facelift later they then announced the most extreme XK to date, the XKR-S. This car may be long in the tooth, and Jag may be killing it off but boy has it got some looks. 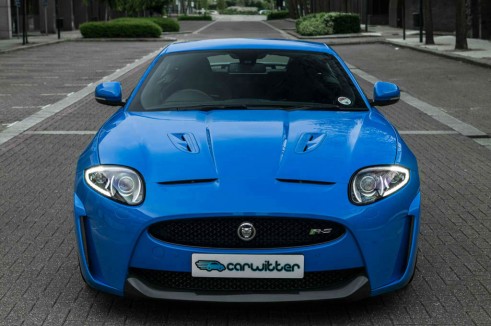 At the very tip of that huge, front hinged bonnet are two nostrils…or nacelles as Jag would have them called. Completely unique to this model they are designed to increase directional stability, toward the front corners you will find some vertical side intakes aiding aerodynamics at high speed. 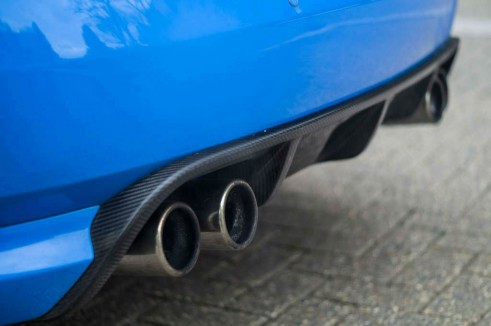 You also get a very smart real carbon fibre front and rear splitter, along with quad exhaust pipes and a fixed carbon rear spoiler. It’s all very race car in appearance, it would look more at home coming sideways out of Stow than it does traversing a challenging roundabout. 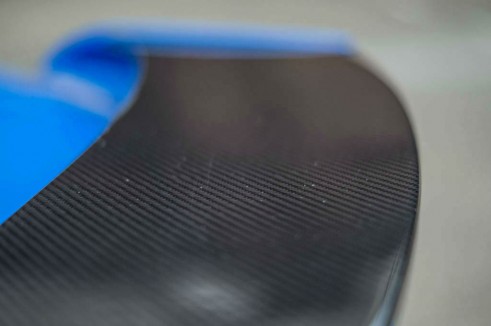 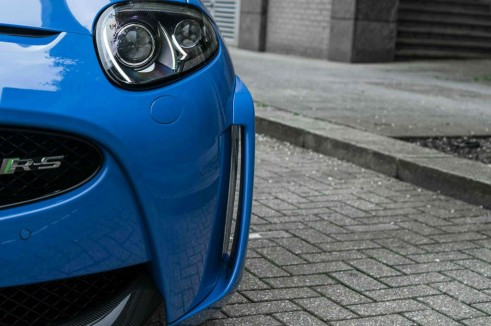 Despite the ageing looks the XKR-S gets looks EVERYWHERE, it turns every drive into an event. People stop and take pictures, you walk back to it to find someone hanging out of their car window phone in hand. It’s THAT special to look at. 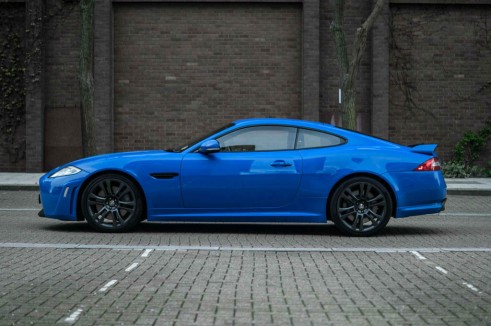 The acceleration in second gear is just mind bendingly quick. Before you know it you’re travelling at illegal speeds and have to back off.

It accelerates so smoothly though, yes this has the older 6 speed ZF automatic box but it does a darn good job considering the power it has to tame, however it can’t quite keep up with the pace of the newer 8 speed ZF boxes found in the F-Type R Coupe. 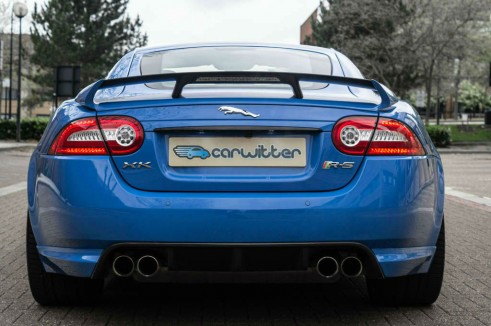 The way it gets the all that power down is also incredibly masterful. At the rear you’ll find an active electronic differential which Jaguar have tuned especially for the S. Springs and dampers have also been stiffened. In the dry the XKR-S is superb, gripping and pushing you forward with confidence. 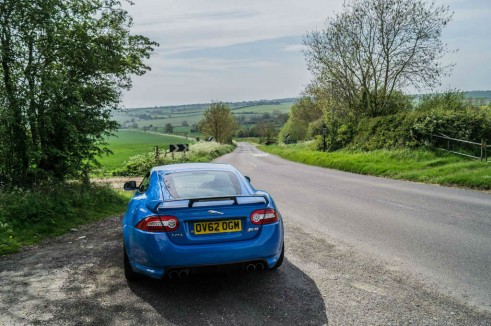 Disengage the DSC (Dynamic Stability Control) and you have to be on your toes. Let’s not forget there’s 542 BHP under that right foot.

It will slide out of corners but can be caught easily enough, keeping the power down will give you those fast and the furious style smoking tyres. But under more sane driving the active diff actually makes it rather tricky to spin both rear wheels, it will normally only spin one…unless you start to overheat the diff then it will eventually succumb and burn rubber at both rear corners. 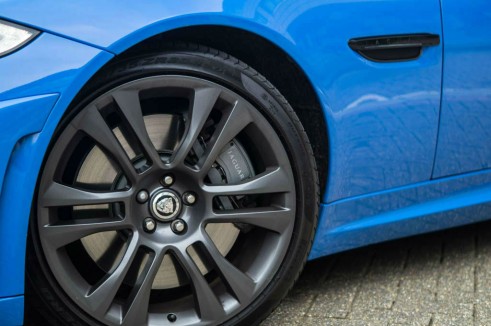 Slowing that 1.7 ton big cat is no drama, the S uses standard steel brake discs but they are so large they easily provide enough bite.

You also notice when driving how well balanced the jag is, under acceleration or braking the XKR-S stays perfectly flat, cornering is the same. Ride is firm as you would expect, but you could easily drive long distance without it being tiresome. 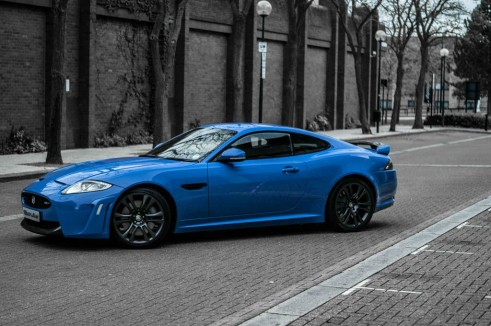 Steering response is very accurate, you can place this big ol’ coupe with millimetre precision along twisty B roads. Due to its size and power it’s probably not best at home in this territory…but it is damn good fun taking corners at what seems like a ludicrous speed only for the Jag to hunker down and pull you out the other side.

One thing we must mention is the exhaust note, it sounds like hellish thunder. The way it snaps and snarls will bring THE biggest smile to anyone’s face. It’s far more raucous when put into Dynamic mode, and the way it revs upon start up helps to wake the neighbours rather nicely. 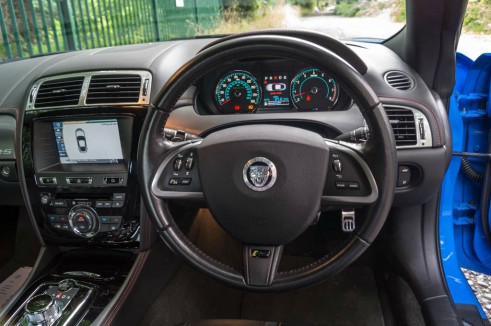 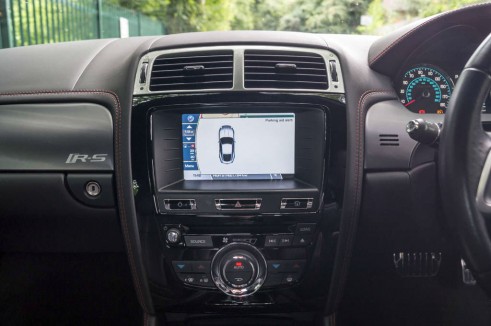 Inside is where this beast shows its age, the dials are rather old school in appearance and the infotainment is definitely last gen. The menus are a little laggy and badly animated, it is also rather fiddly…to adjust the heated seats and fans you have to go through the infotainment screen making it a bit of a chore. 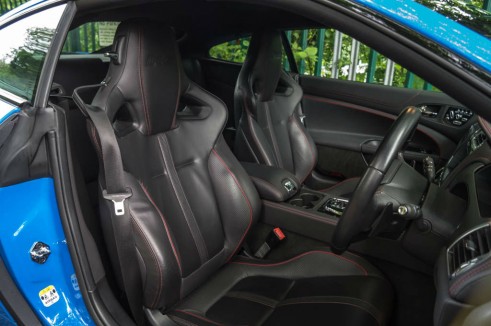 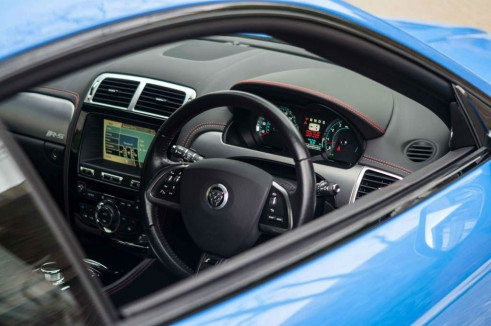 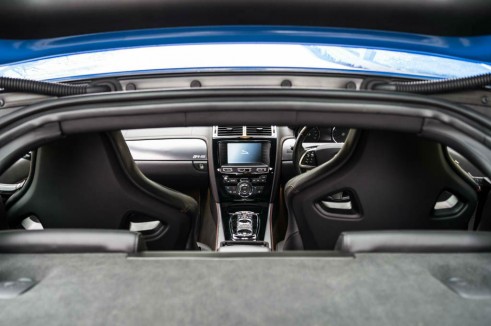 The rest of the cabin is very smart, leather clads the majority of the interior, the rest is covered in a mock carbon fibre material which is very cool. R-S monikers adorn the glove box, head rests and steering wheel…just to remind you it’s a very special motor.

Lairy yellow Bowers and Wilkins speakers sit behind black mesh housings in the doors, providing excellent audio if you want to listen to something other than that snarling exhaust. 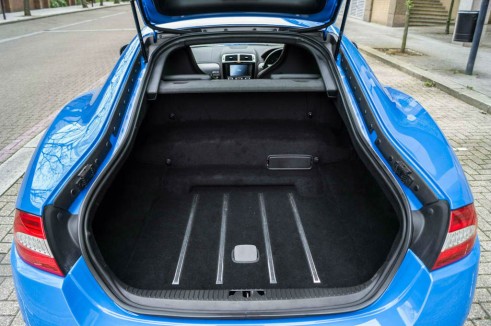 At the back is where the main reason to buy the XKR-S over the F-Type Coupe can be found…boot space. Whilst it only has 330 litres compared to the F-Types 407, there is greater width and length meaning it could eat up a set of golf clubs with room to spare. 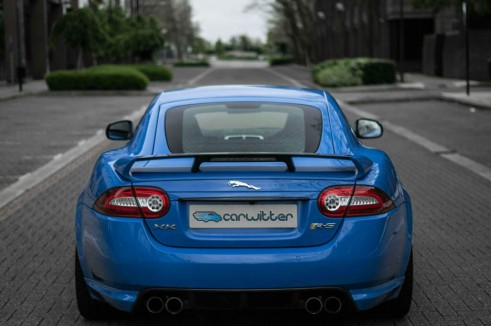 So, we have a 7 year old car, older gearbox, older in car tech and its £10k more than the latest F-Type R Coupe…that has the same power. You can see why Jag are killing it off!

But…there’s just something about the XKR-S, you fall in love with it despite its age. Maybe it’s the looks, or its size, the way it handles compared to the lighter, dartier F-Type Coupe…it’s impossible to place your finger on it. All I know is that I’m genuinely sad we won’t get to drive one again.

There is talk of the XK range being reinvented as more of a grand tourer, let’s hope this happens. And let’s hope it embodies whatever it is that the XKR-S oozes from its nostrils, gills and wings. 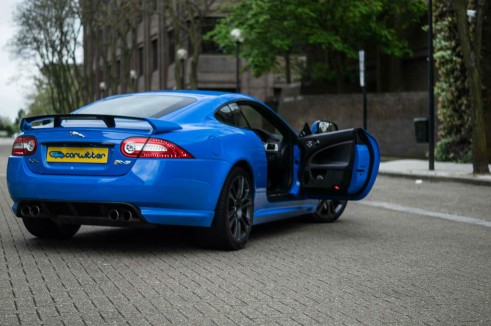 Jaguar XKR-S – Race car looks, gets the power down well, don’t kill it off! 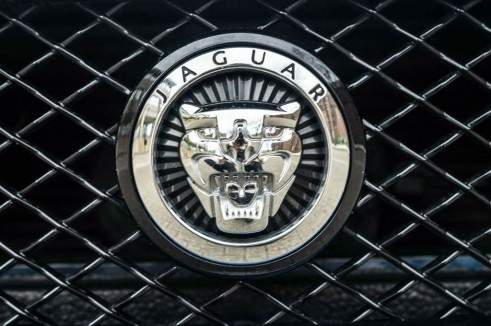 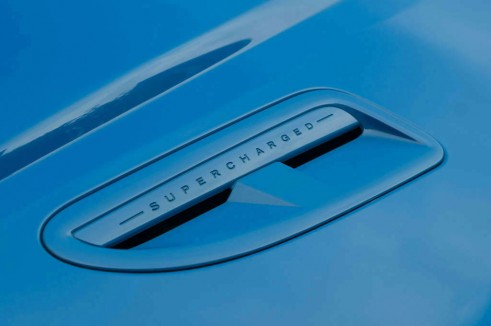 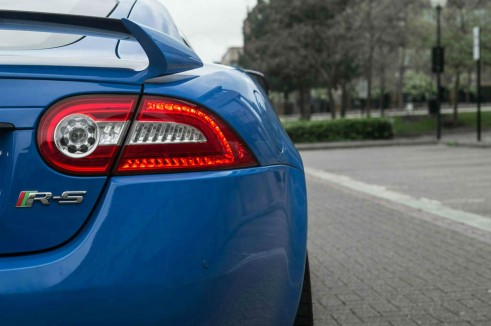 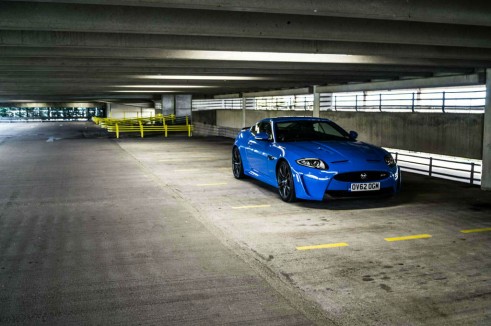 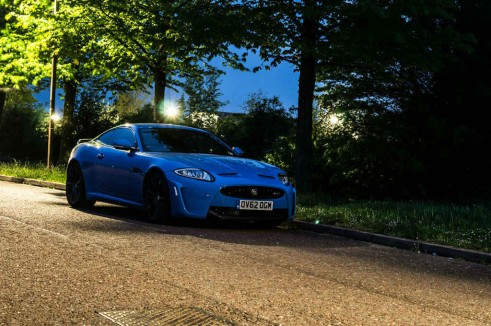 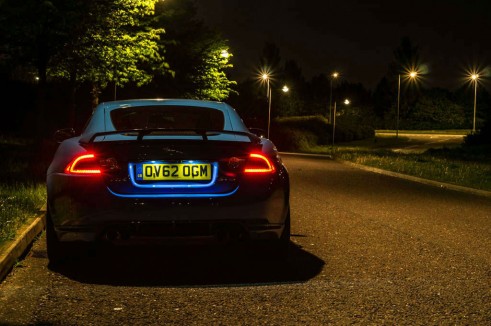