A few days ago you may have seen we Tweeted a ton of seriously cool JLR stuff, if not…pay attention!

It was one of those hit or miss invites via email, ‘would you like to attend the opening of’ it’s always a tricky one. Is it worth your time, what content will you get out of it, are you going to see anything of remote interest?

Well, i’m SO glad i went along.

With JLR being awash with money these days (seriously, BMW & Ford must be kicking themselves so hard) new projects and ventures are given a punt.

Want a seriously customised or ridiculously fast JLR product, no problem Special Vehicle Operations will look after you. For a price.

A year into SVO on the outskirts of Coventry, it was time to look after the heritage side of the market. 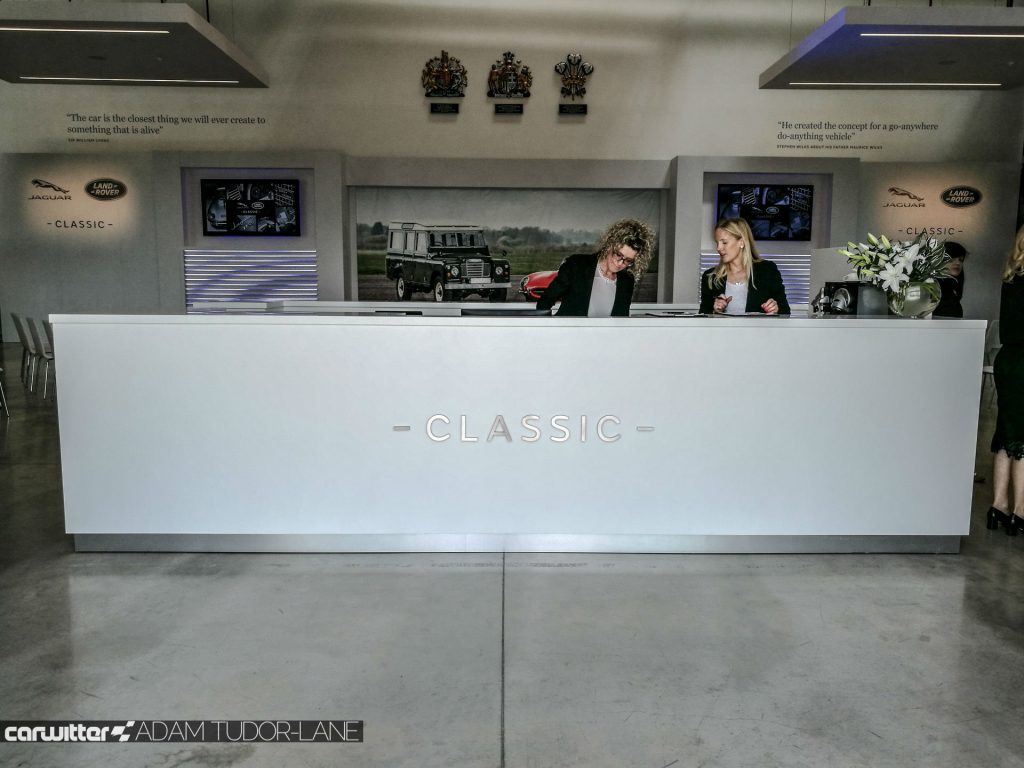 The 14,000 square metre plant at Ryton-on-dunsmore has been purpose built at a cost of £7 million. It contains 54 workshop bays, a showroom and the JLR Classic Collection of over 500 cars – more on that later.

Currently that has been limited to the lightweight Jaguar E-Type and now the Jaguar XKSS. Built to the exact specifications of the originals, they are driven and tested alongside the classics to make sure they’re truly authentic.

Hand bent panels ensure every car is totally unique, and these things don’t have an easy life.

The two lightweight E-Types that were in for a fettling had been shipped across from the USA. One was used as a race car, the other was being honed and tweaked ahead of its racing debut. 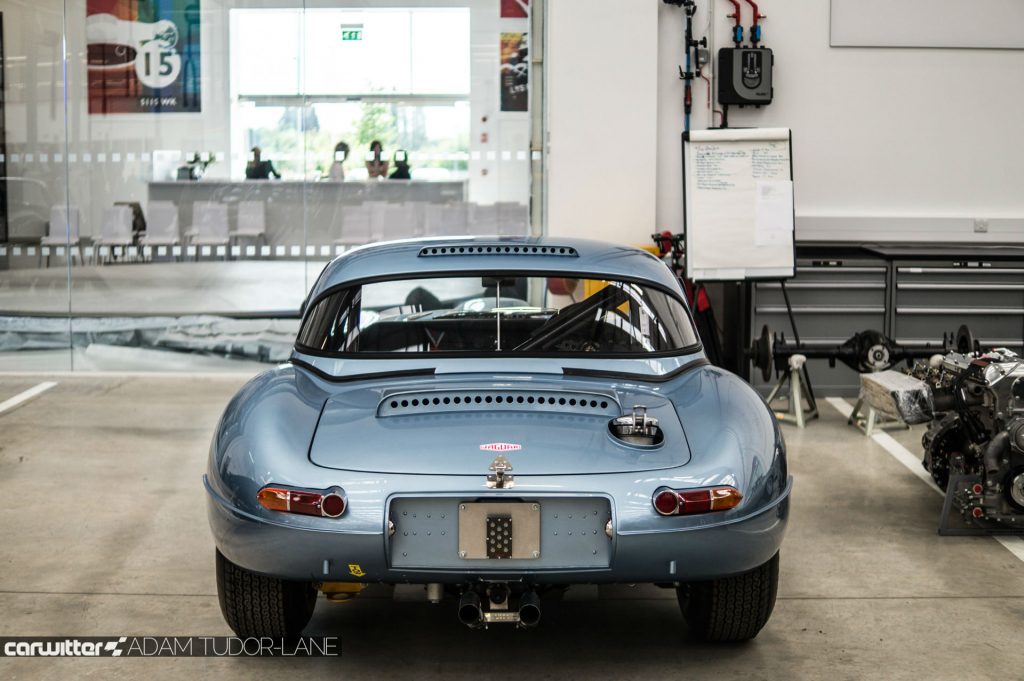 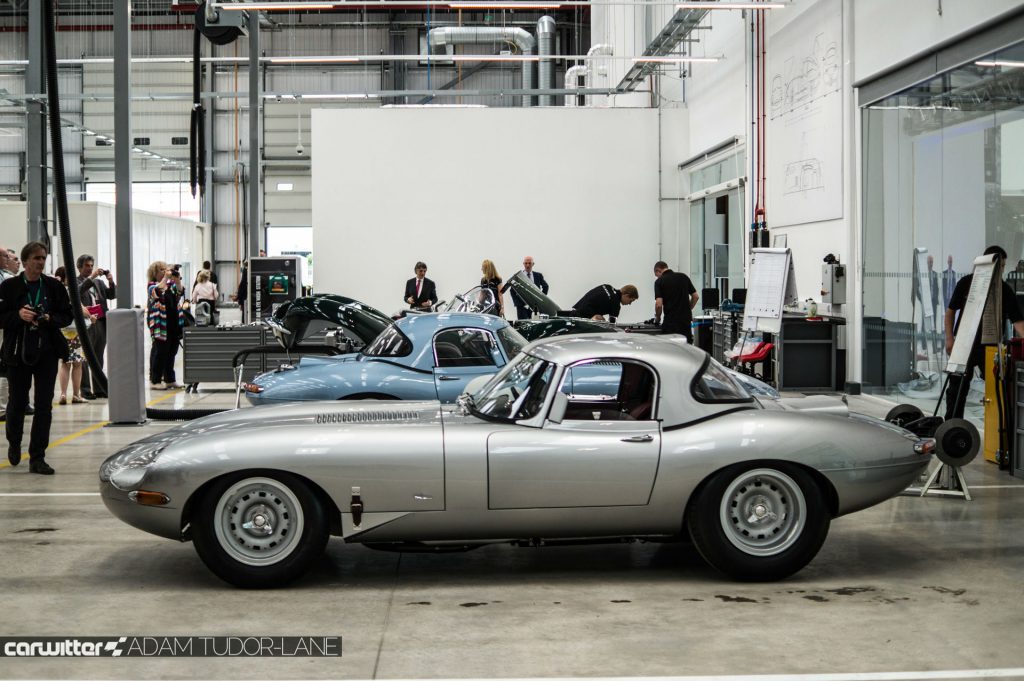 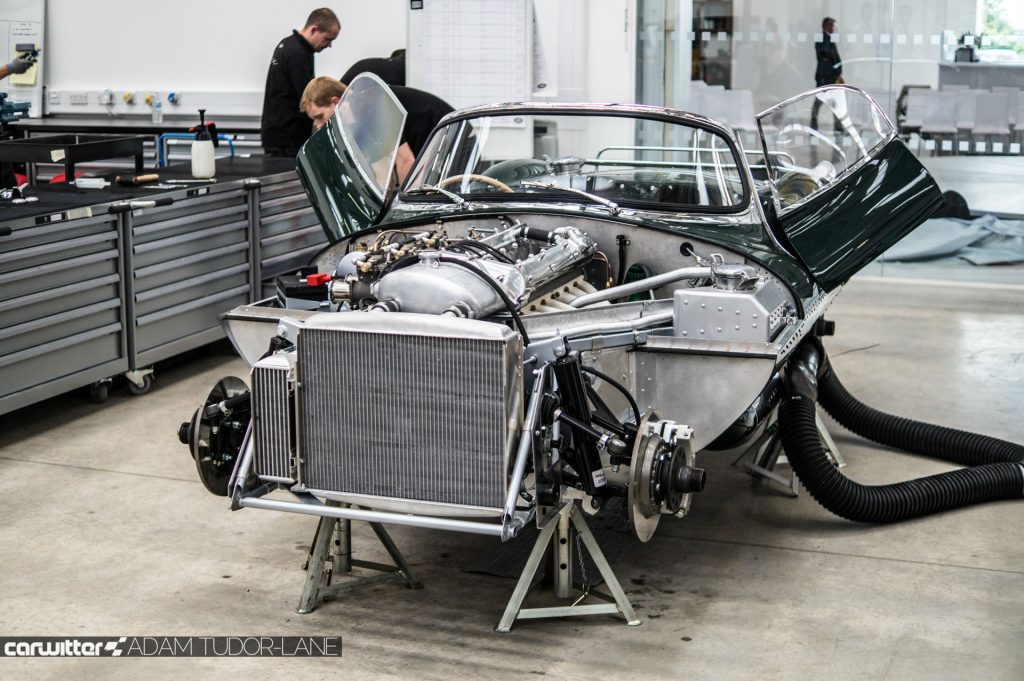 This part of the venture sees JLR scouring the earth for the lowest mileage, best examples of their classics. These are then given a full nut and bolt restoration. Original parts are kept wherever possible and each one gets it’s very own ‘Reborn’ plaque located on the car.

The program launched in April 2016 with the Land Rover Series 1, it was then opened up to two door Range Rover Classic. Since then the Jaguar E-Type was added to the program, with 10 Series 1 E-Types to be reborn. 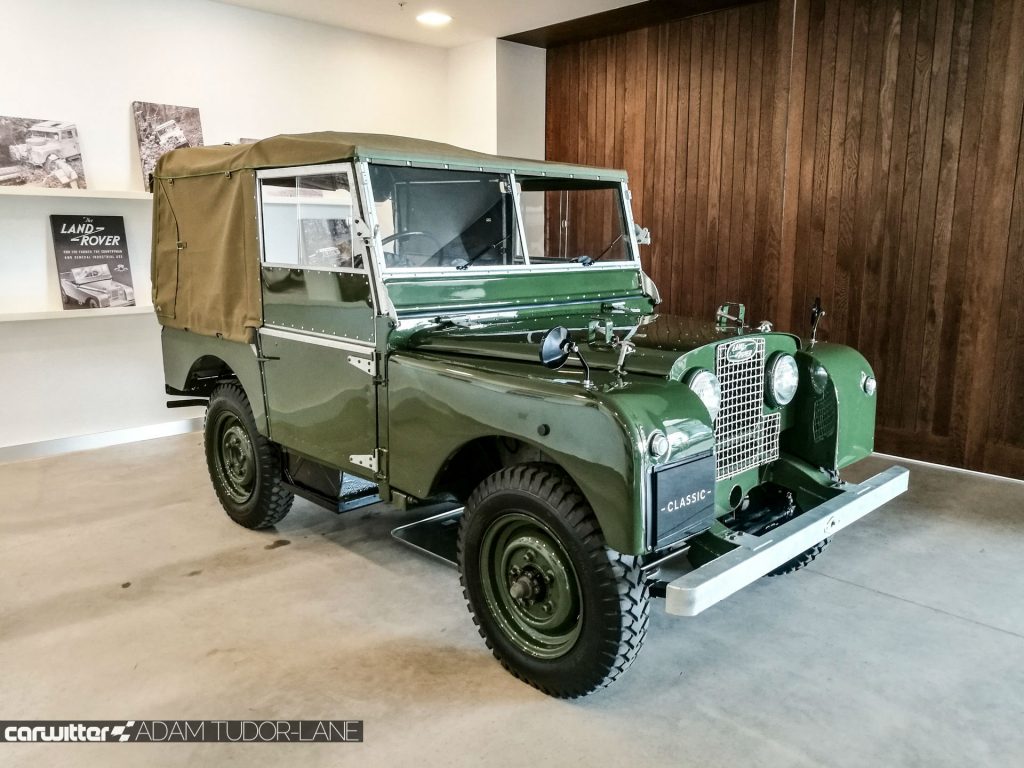 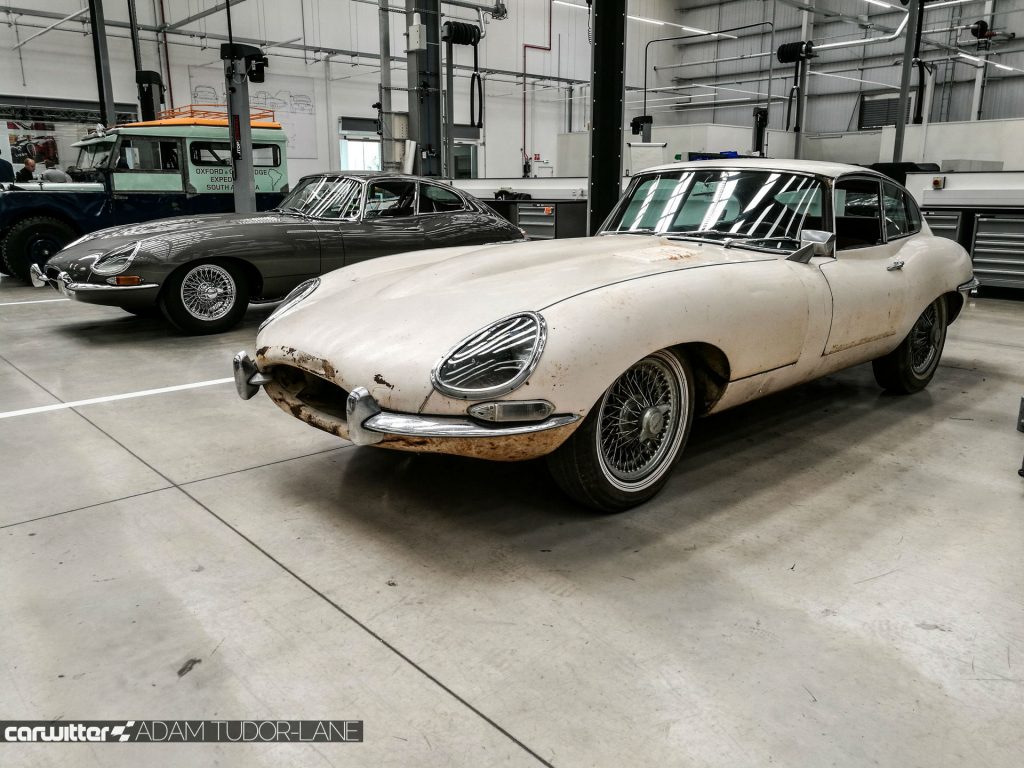 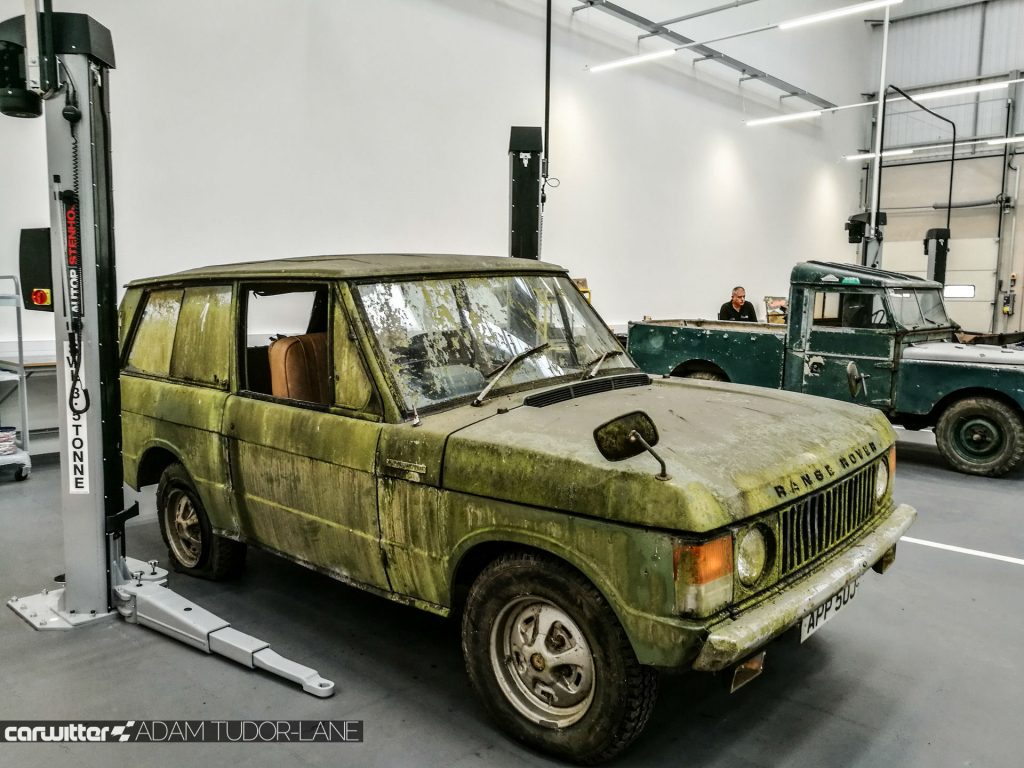 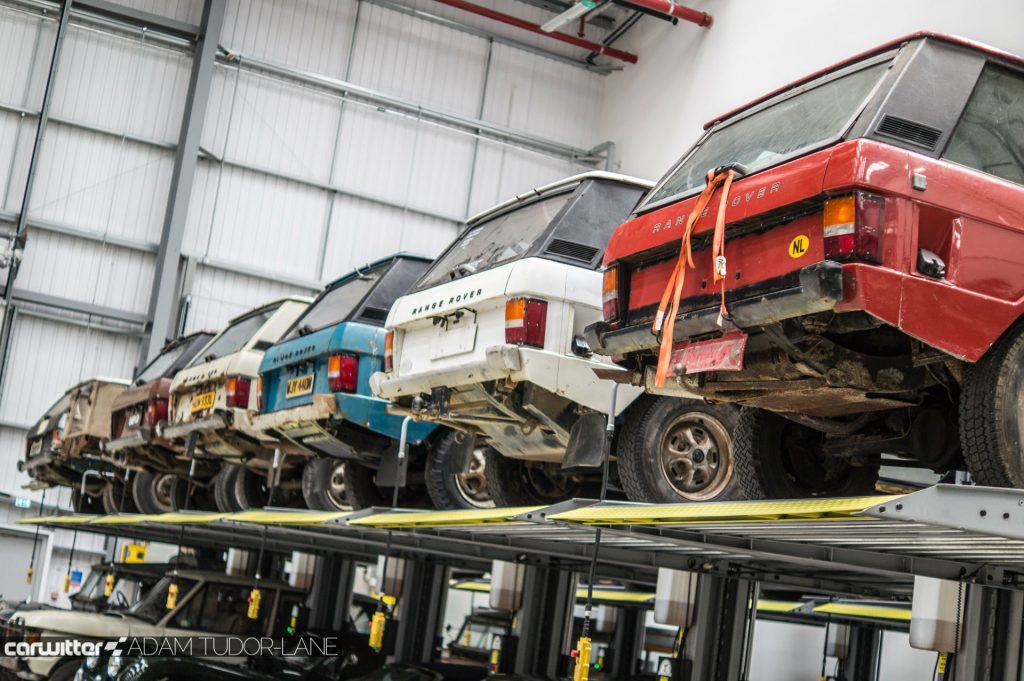 Here you can have your beloved JLR vehicle restored. This can be minor, or major depending on what you’re after.

There’s currently an old XJS in the workshop for recommissioning, as it’s been sat for in a garage for 20 years. The owner wants to use it over summer, before returning to JLR Classic to have a full renovation over the winter period.

They really can do anything here, all bespoke, and all to your budget. 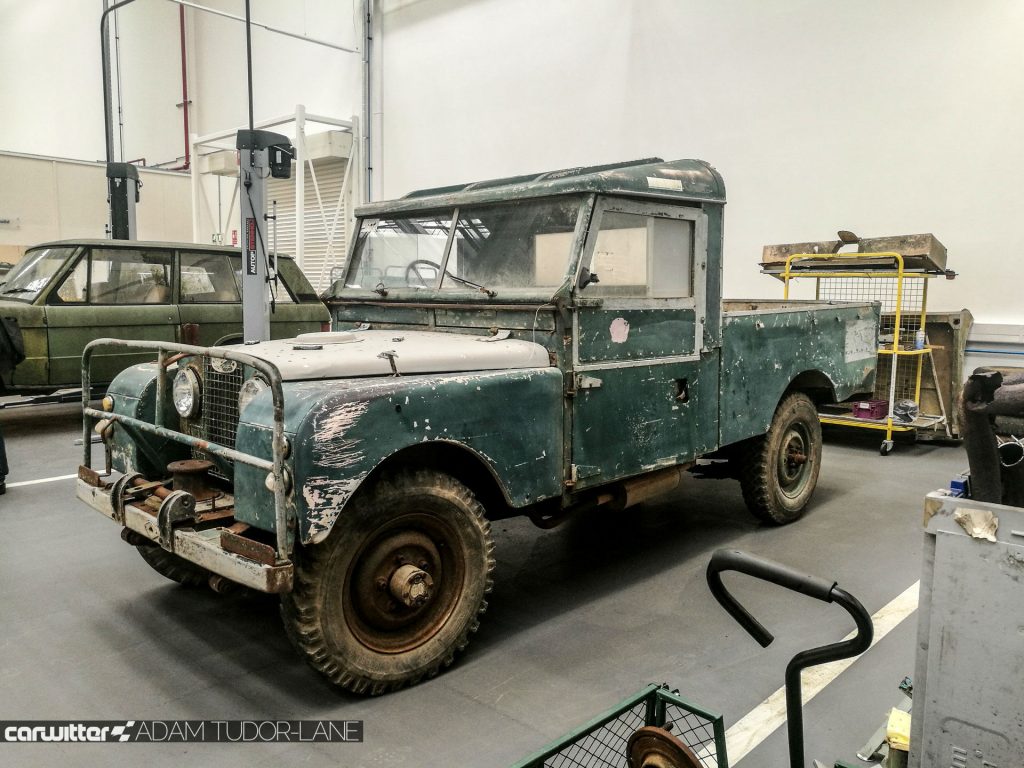 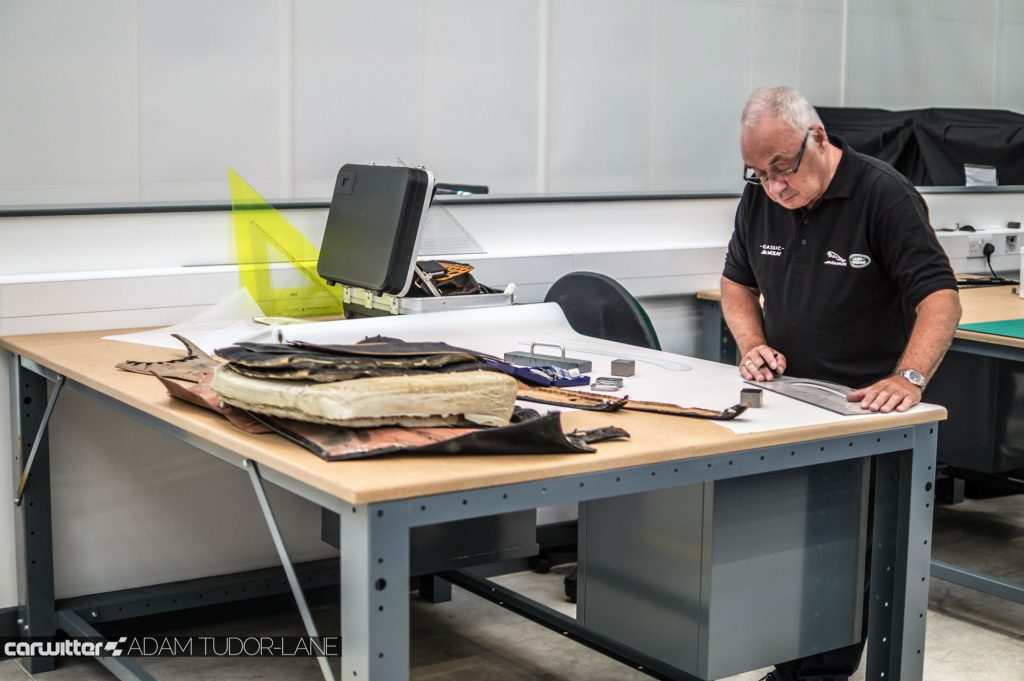 This will probably be the most popular part of the program. JLR will service any model that has been out of service for 10 years or more. So that covers things as recent as the Freelander, Discovery to ultimate classics like the XK120 and even the stunning XJ220.

They had 6 XJ220’s in for servicing when we were there.

One of them was – rather scarily – still on its original tyres…yeah, i wouldn’t fancy driving that either! JLR have worked with Pirelli to bring a new J rated tyre for the XJ220 to market, a set will cost £5,000. Small change for the 220 owner.

Pricing for this kind of expertise? Actually it’s more affordable than you might think, it starts from £100 +VAT per hour.

You’ll be offered a 121 point visual inspection when you first book your car in with JLR Classic, and all work carried out is logged in a Jaguar Land Rover Classic Works Service Book. 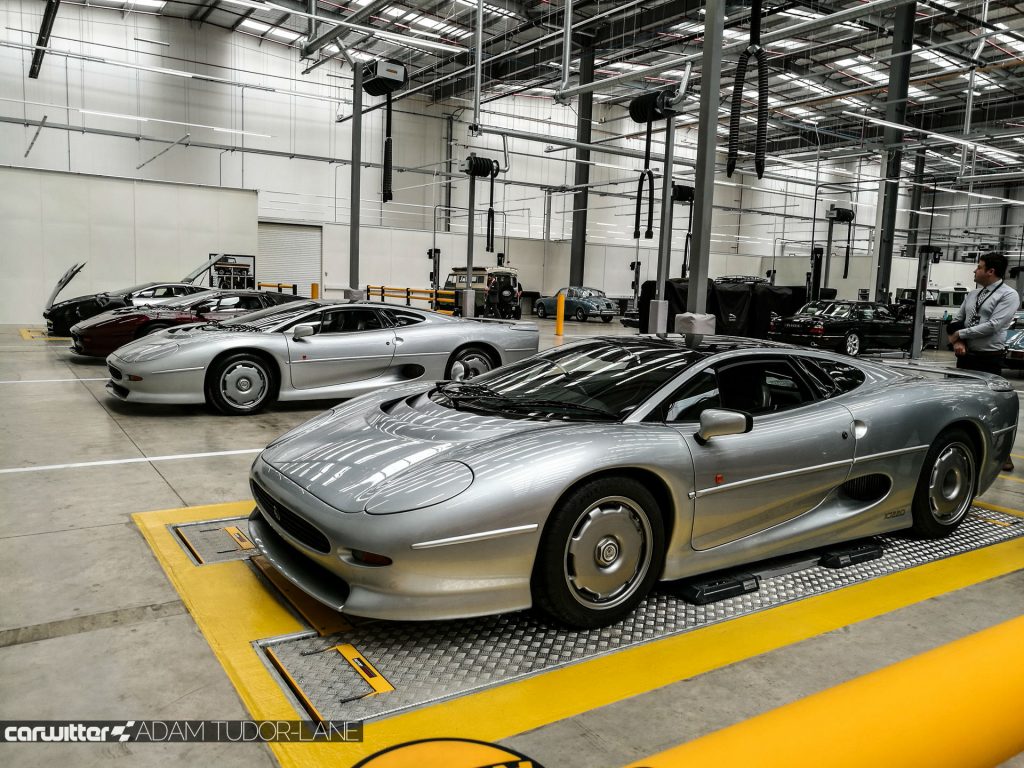 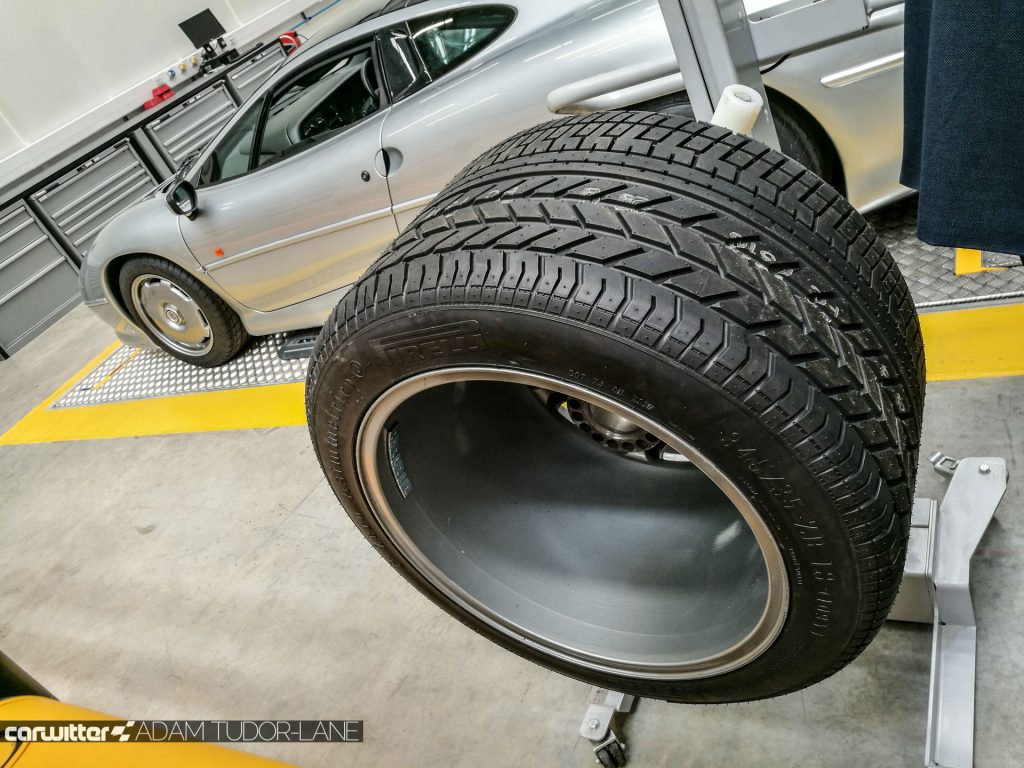 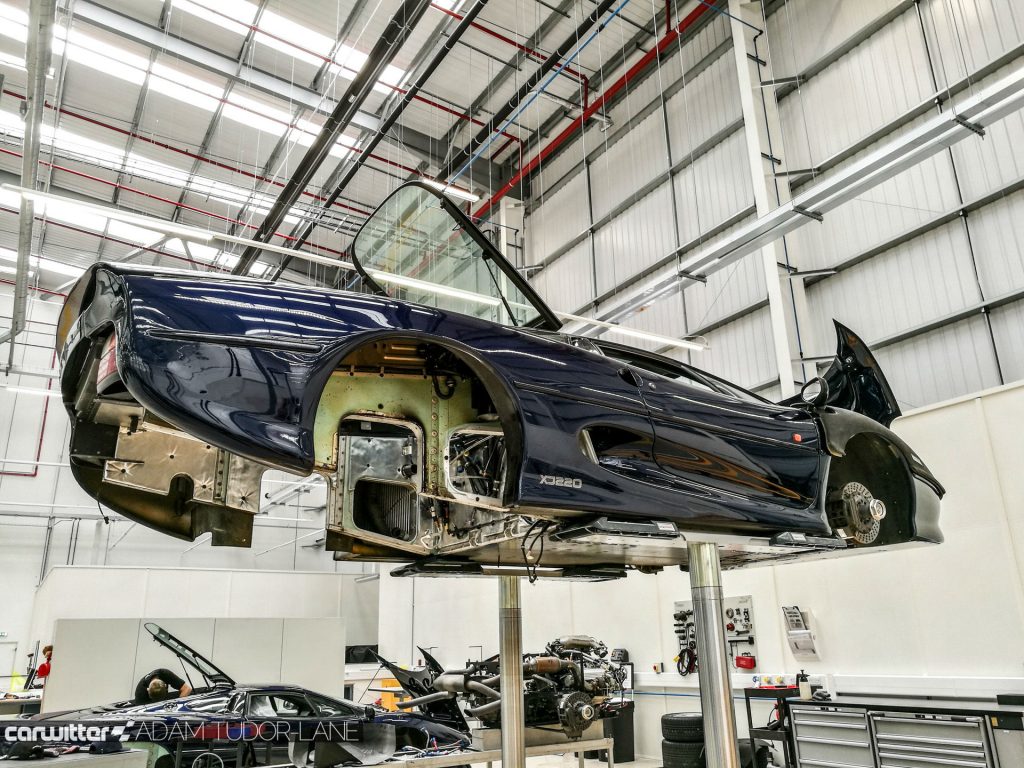 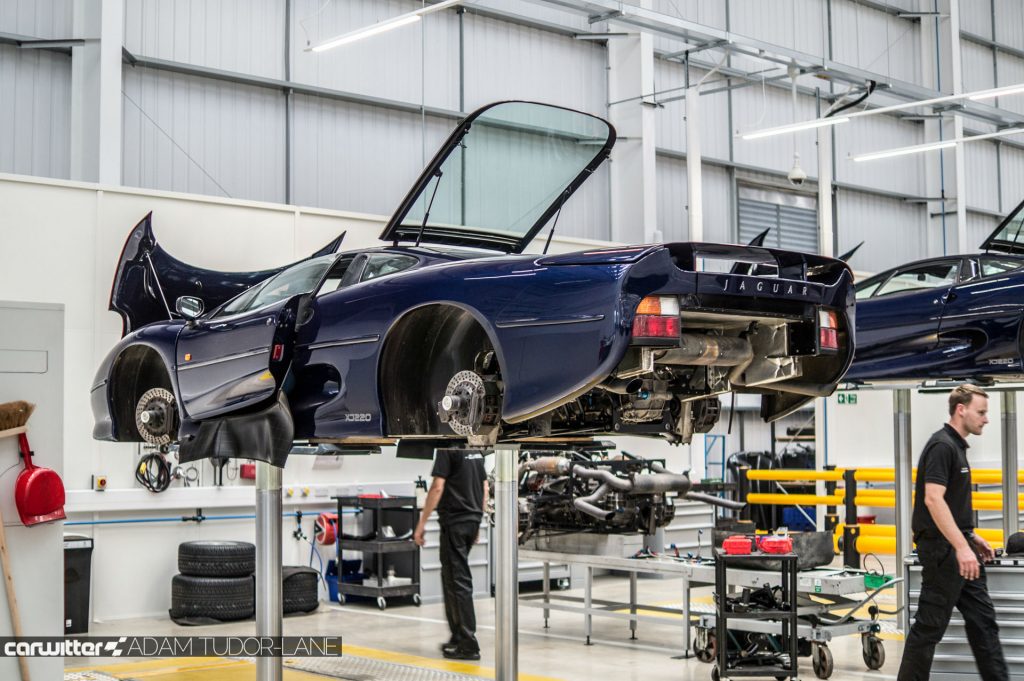 Through a small single door at the back of the vast factory unit you’ll find the best bit. The Collection. 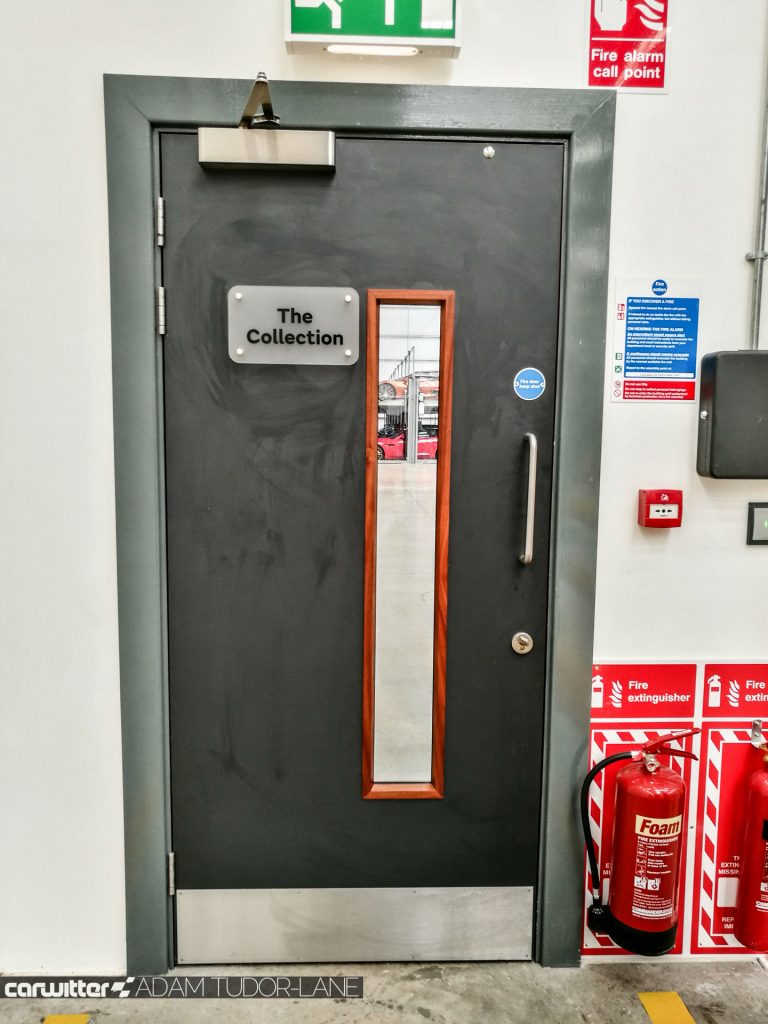 Here there are over 500 classic vehicles from both marques.

You’ll find Project 7 sitting there, along with 2 XKRS GT’s, 2 C-X75 concept cars from the last Bond film, and that Range Rover Sport that chased James down a snowy ski slope.

But away from the modern stuff you’ll find some incredible classics. Sir William Lyons personal car, a 1955 MK1 Jaguar, and even the last Defender off the production line.

All of these cars can be driven. They are loaned to car clubs and put on display at events to show JLR’s heritage over the decades. 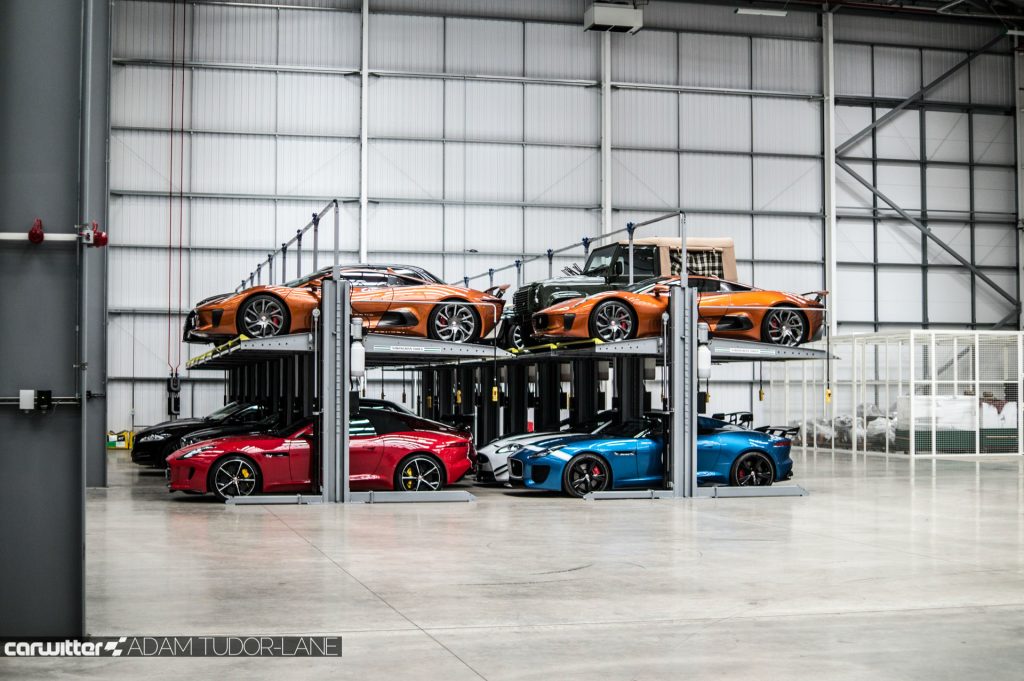 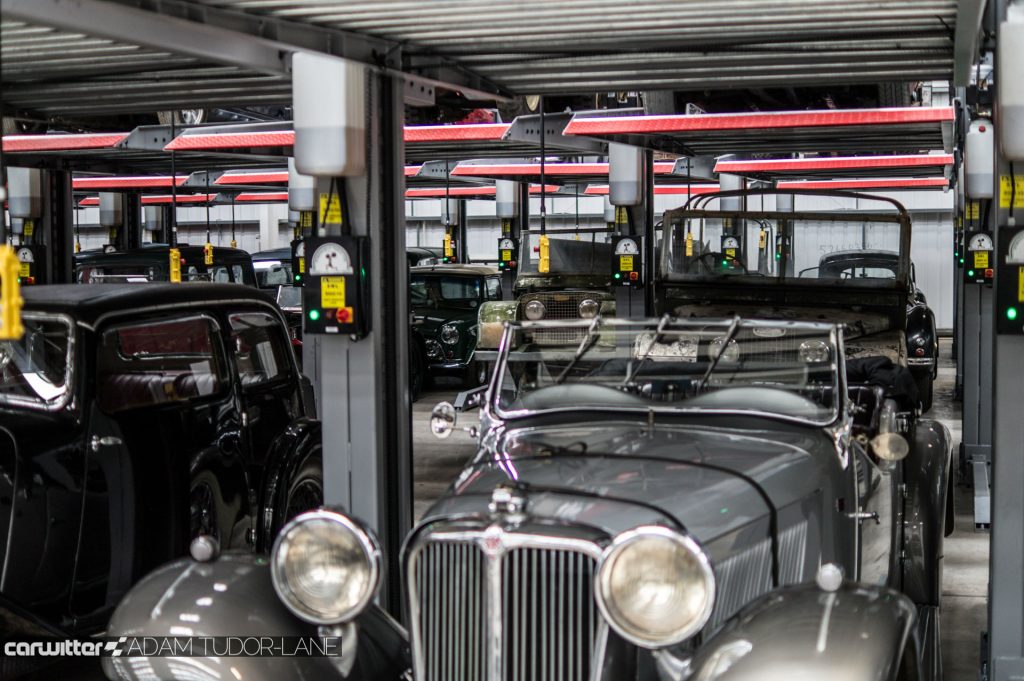 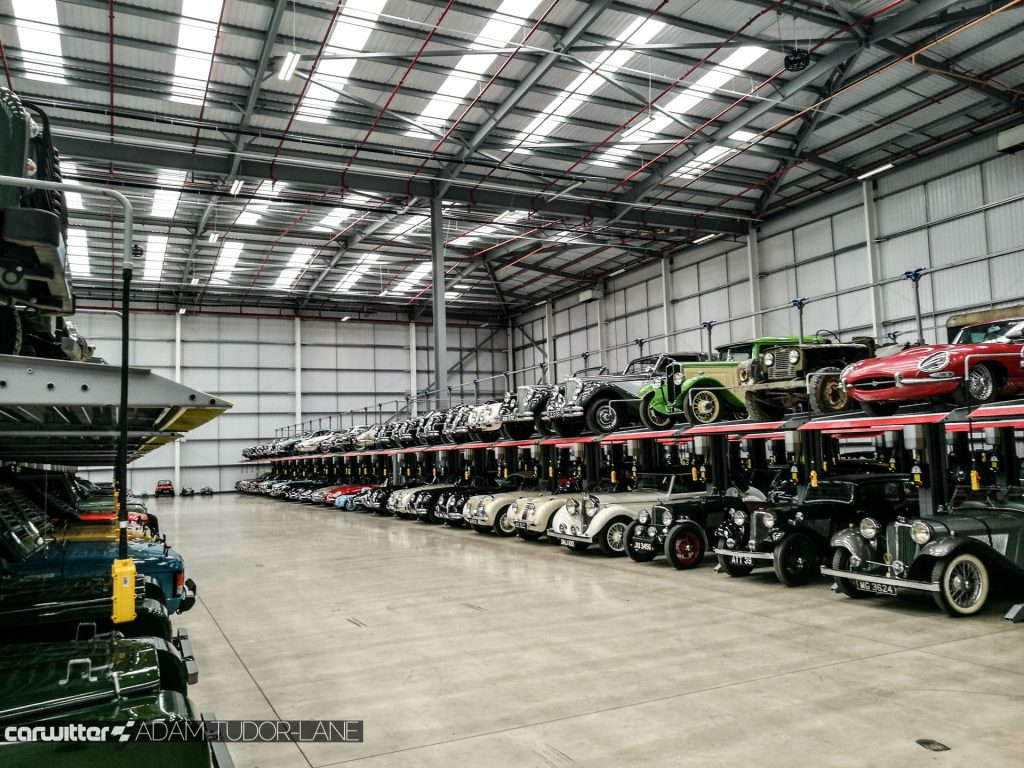 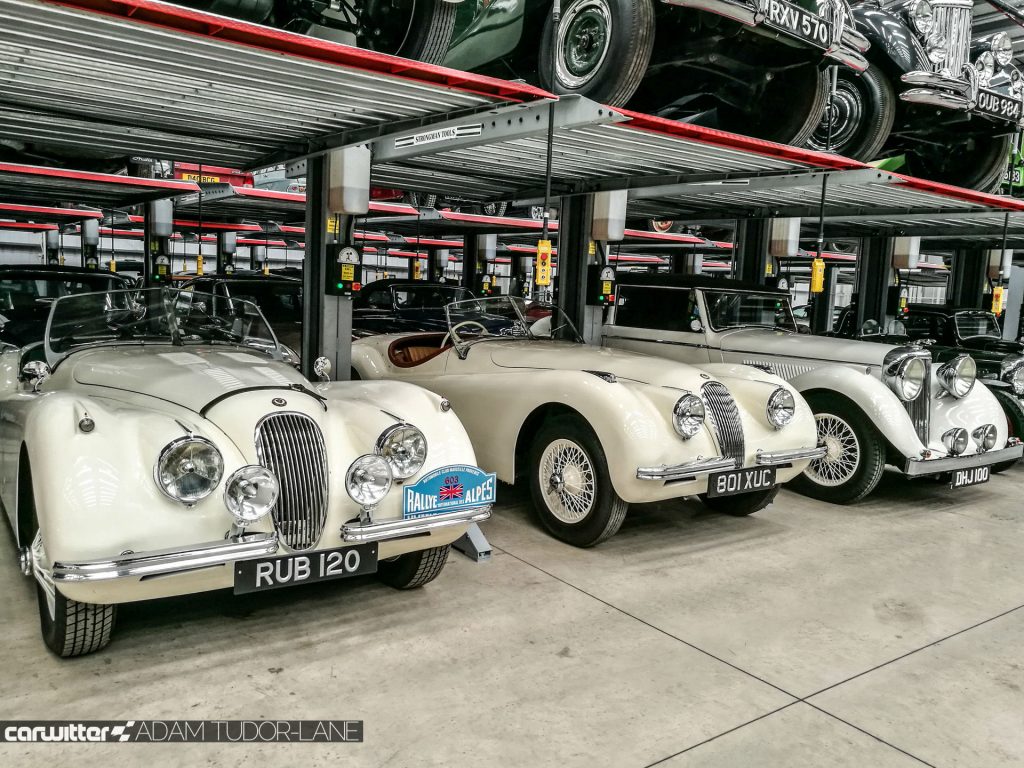 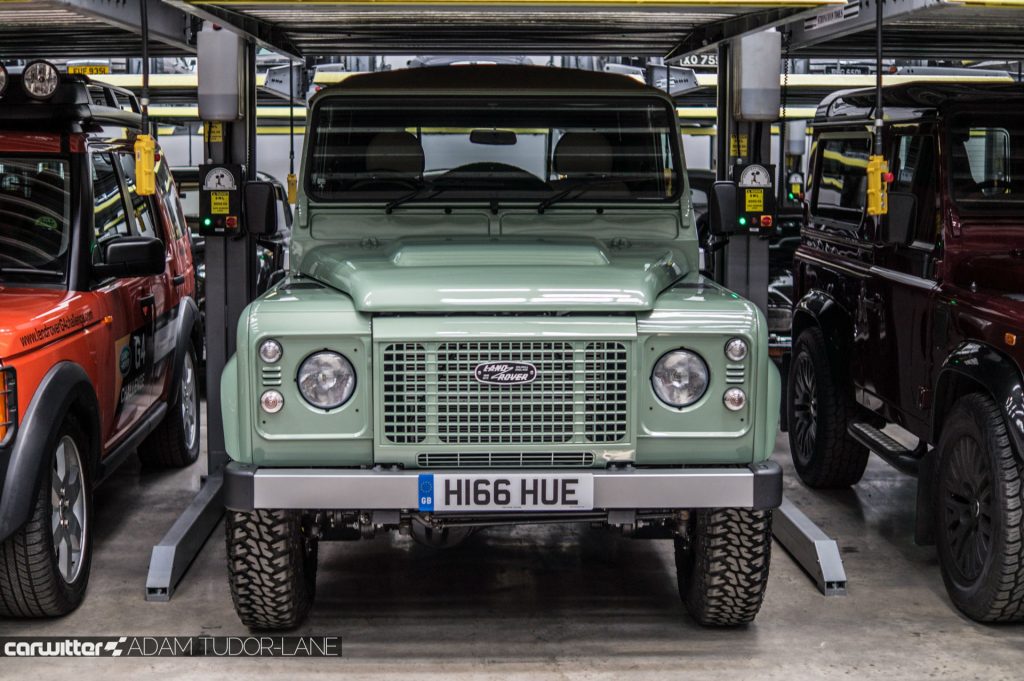 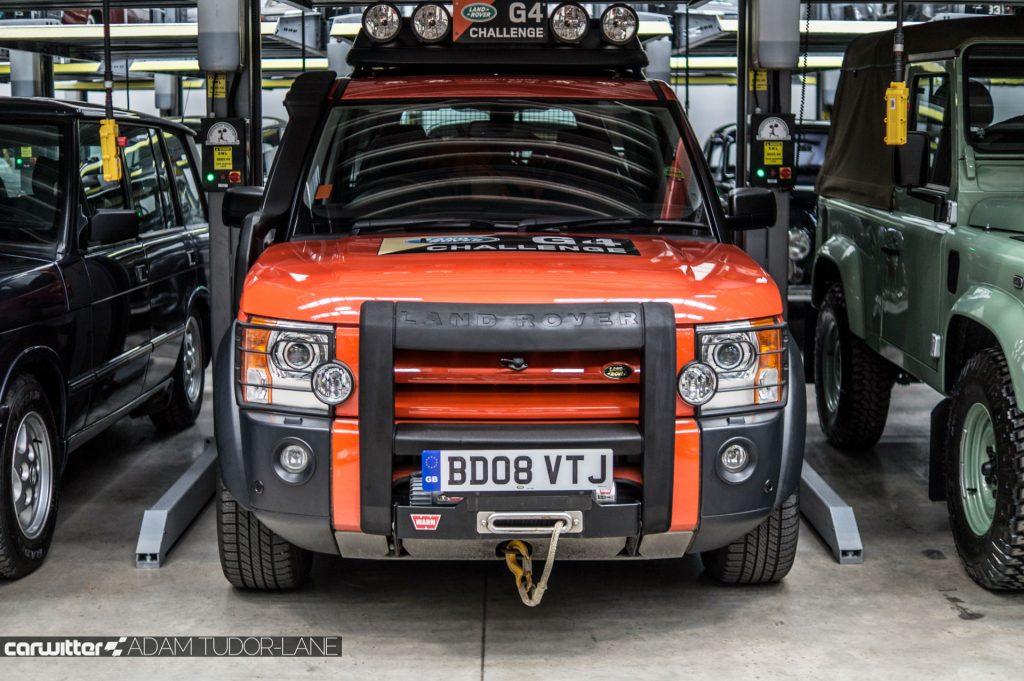 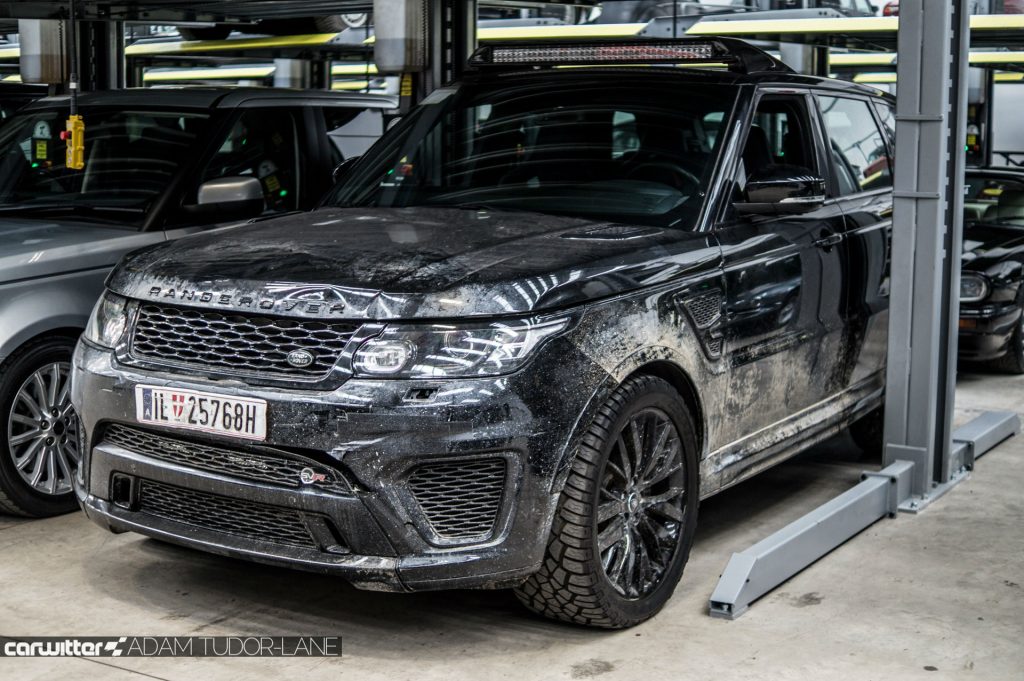 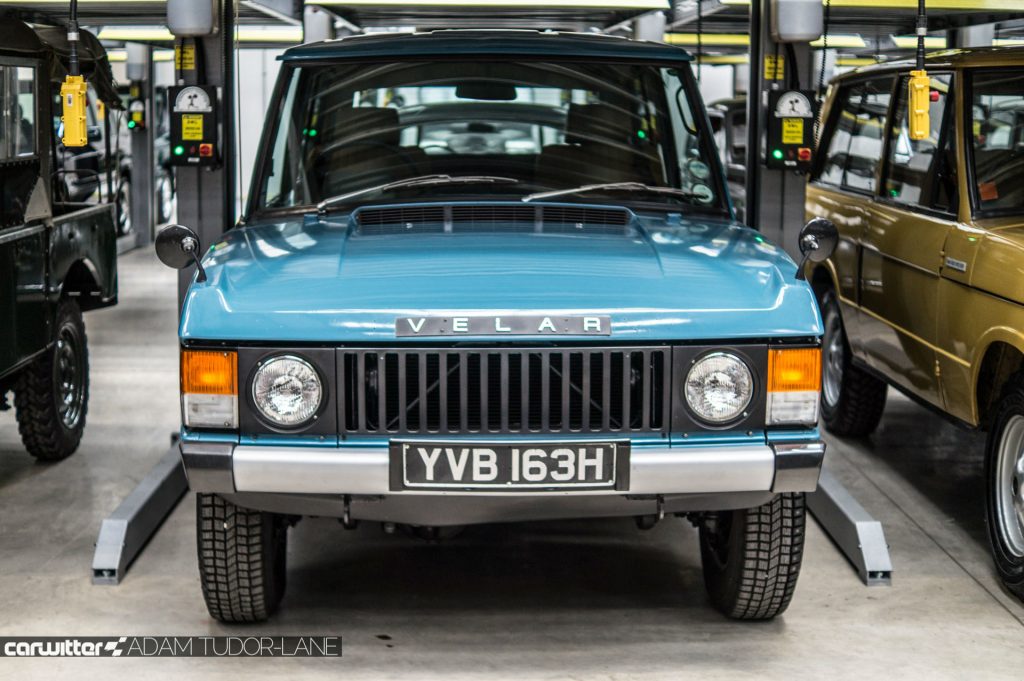 But it gets better…from September you can book a guided tour of the place. £49 for adults and £39 for children. 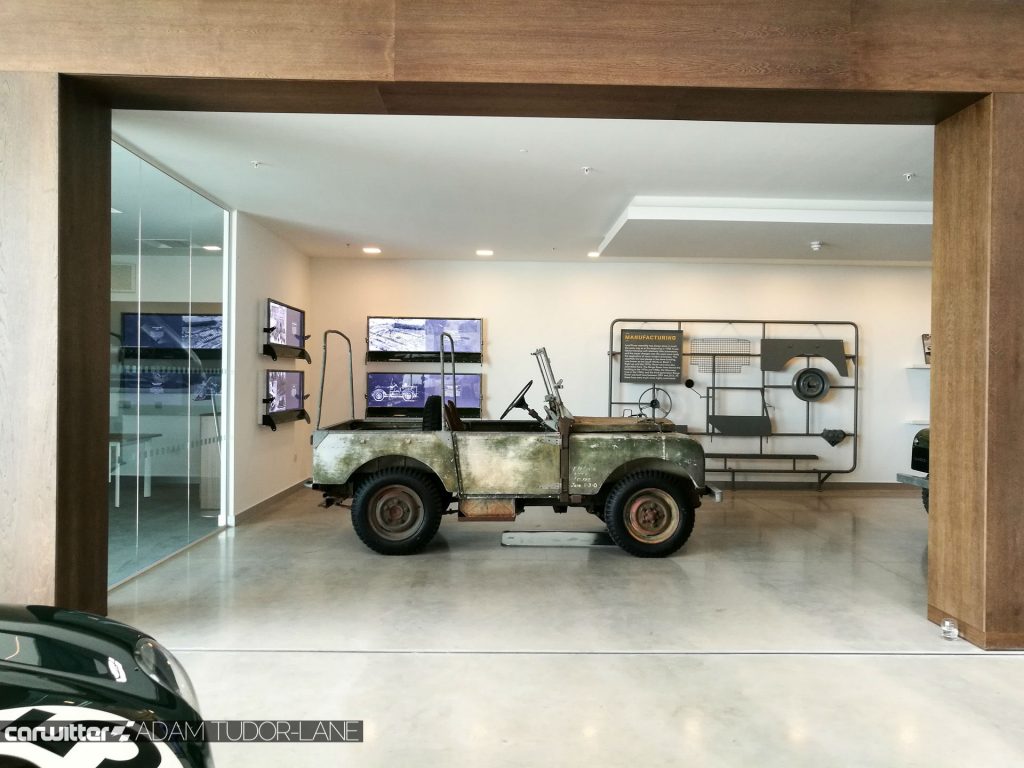 Sitting at the opening, listening to the services, I was in awe.

Granted, 50% of the program is aimed at the super rich, ultra wealthy. But with the labour charges being semi reasonable, the servicing arm will make a great investment for individuals who want to pamper their beloved.

It’s a shame more marques don’t have this type of facility. With modern classics, and cars in general becoming investment opportunities it seems Jaguar Land Rover are once again ahead of the curve. 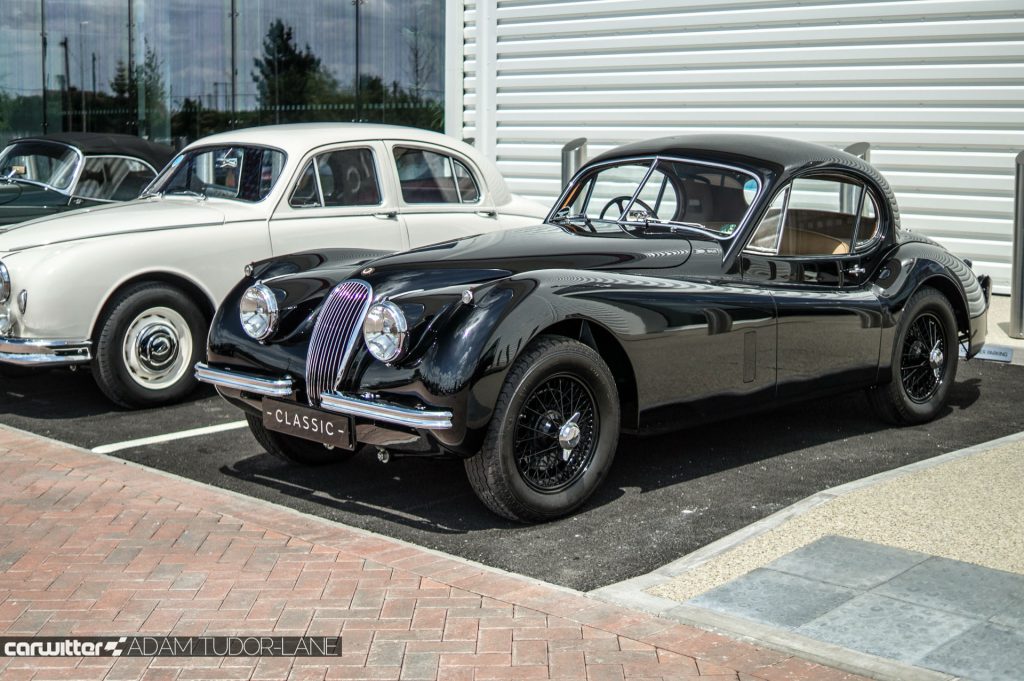 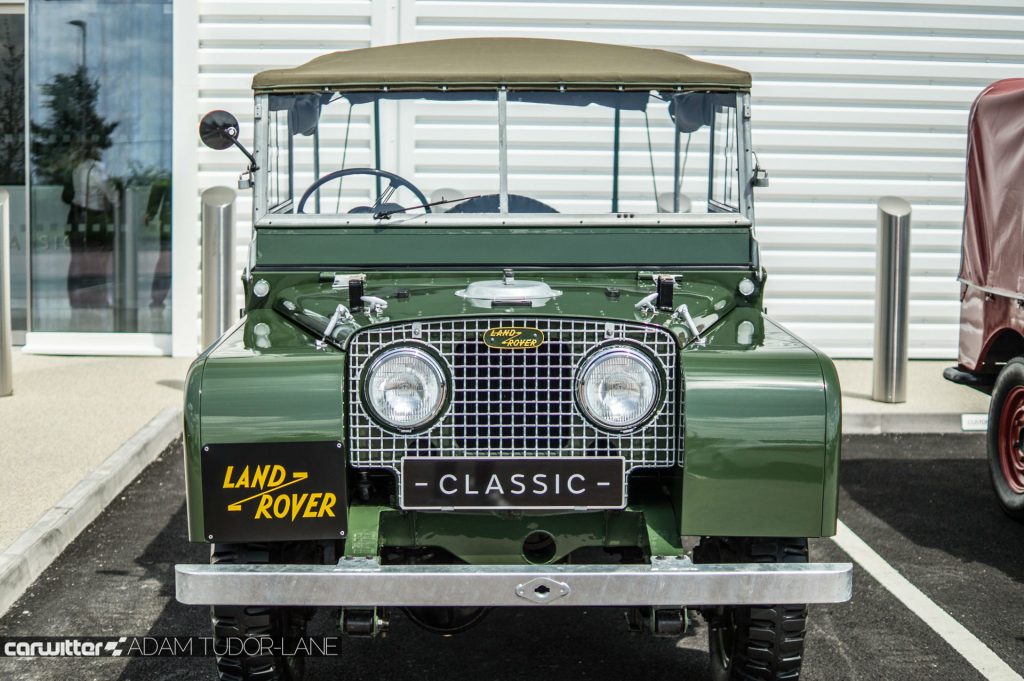 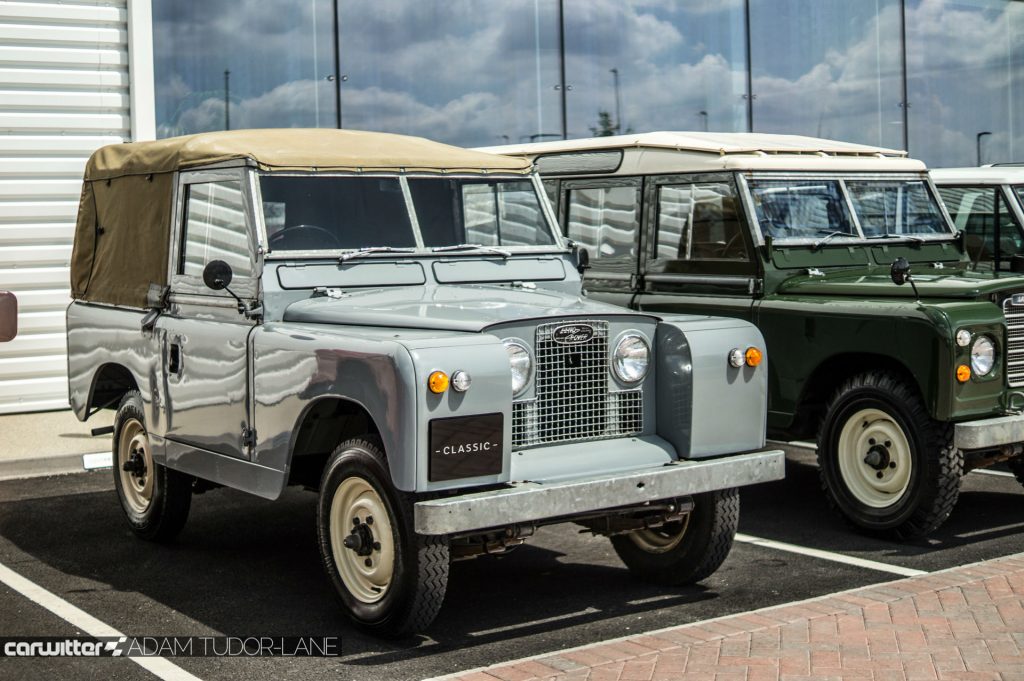 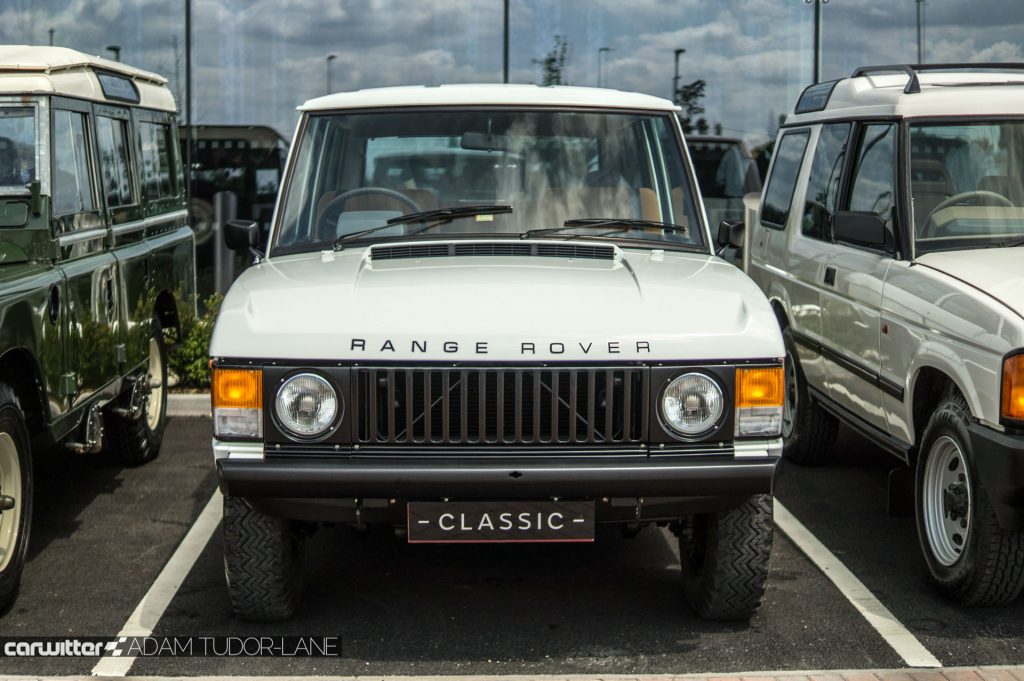 10 tips for a squeaky clean car