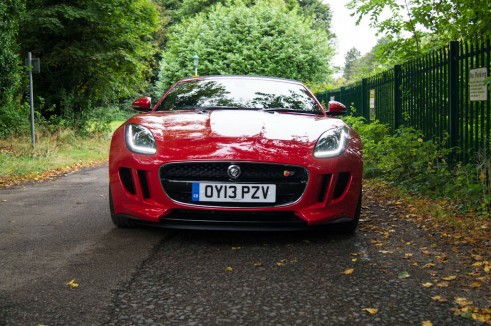 We have previously driven the V6S, but recently the opportunity arose to drive the V8S as well….it would be rude not to, right? 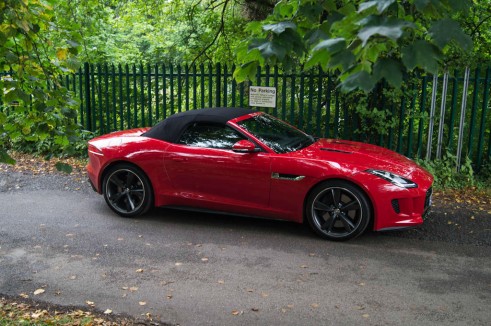 So what’s it like having all that power in such a great chassis setup?

It’s unbelievable, the acceleration far surpasses the V6S with its 380 BHP. Stamp on the accelerator and it feels like you have been shot out of a canon, things become a blur as the world speeds up around you, before you know it you are at courtroom – licence losing speeds and have to brake sharpish.

We went out in the damp, and even accelerating gently and progressively the rear wheels would spin out of a corner, or junction, the torque is unreal.

Plant your foot to the floor up until around 40 or 50 MPH, in third; and the back end will slide a little before regaining grip. No doubt this wouldn’t happen in the dry though! 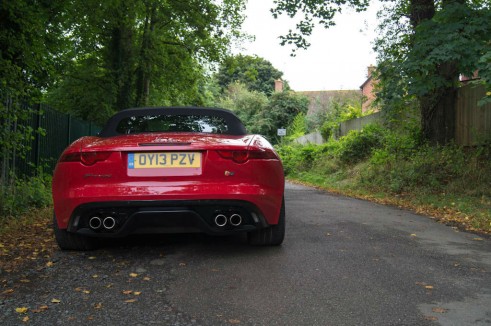 After driving the V6S I didn’t think the exhaust note could get much better, oh how I was wrong! The sound in the V8S is completely different, in snarls and snaps like an angry animal.

You can feel the pops and bangs through the car on the overrun, it just feels raw and untamed compared to the V6 models.

Of course if you wish to be sensible, (and not let everyone within a 10 mile radius know you are coming) you can turn the active exhaust off (once again it’s an optional £350 to get this button) but with it switched off the exhaust is muted rather well, all of the pops and gargles vanish when you lift off the throttle.

Check out the video for a comparison.

It handles just as well as the V6S, over bumps and dips it drops and rises on the hard setup; but once you are on flat smooth roads its sublime, and you can really unleash the V8’s potential.

With the bigger engine only adding 51 KG over the V6 models its balance is still perfect, turn in is just as focussed, cornering and braking remains unchanged too. 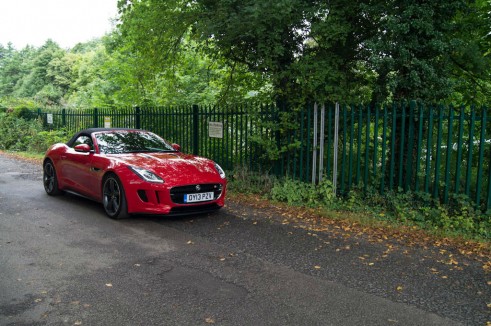 So would we pay the £12k difference for an extra 2 litres, and 2 more cylinders?

And the reason is…it just feels a bit too much. Some buyers will go for it because of the 4.1 second 0-60 time, or because it has nigh on 500 BHP…but that extra power turns the F-Type into a bit of a monster.

Yes it sounds better and meatier, but it’s harder to get the power down, and when it does slide it feels a tad out of control and rather wild compared to the well balanced V6S. Its ferocious power would be best suited to a track, not for everyday use.

So stick with the V6S, and spec it up with that extra £12k we just saved you…it won’t go far though!

For a full review including the interior, and exterior take a look at our Jaguar F-Type V6S Review

Jaguar F-Type V8S – Sounds like thunder, accelerates like a bullet, but its all a bit too much! 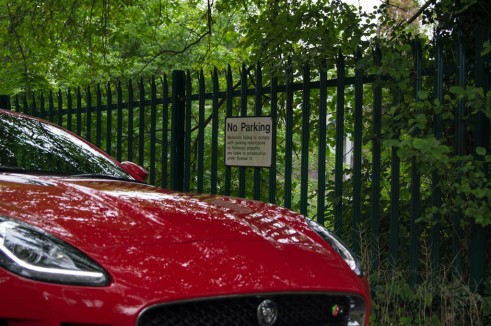