As most of you probably know Land Rover have been part of Jaguar for a fair old time now. Together JLR have gone from strength to strength, especially when it comes to big beefy 4×4 sales.

So it seems strange that Jaguar are launching their first SUV, after all they have the market pretty tied up on the Land Rover side of operations.

But here it is, sitting in front of me a Jaguar on steroids. The F-Pace. 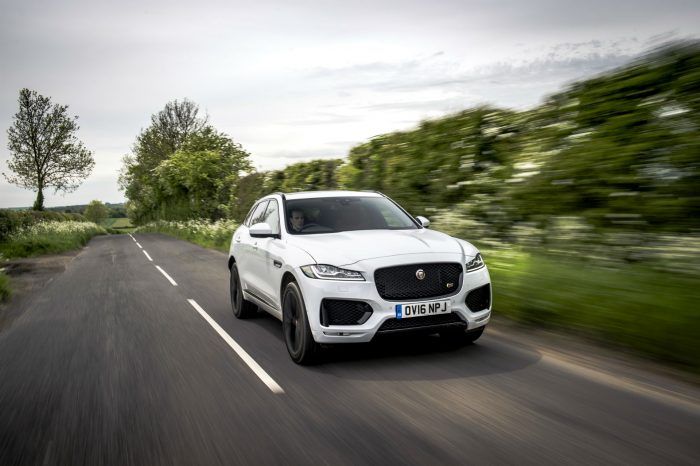 Starting at £34,170 for an entry level model that’s a lot of car, and a lot of good looks for the money.

Our test model was in higher level S trim, you can only select this grade when it is fitted with the beefier 3.0 litre V6 diesel or petrol. In diesel guise it pumps out 296 BHP and a gargantuan 700 Nm of torque. It will shift you to 60 in a rather rapid 5.8 seconds. 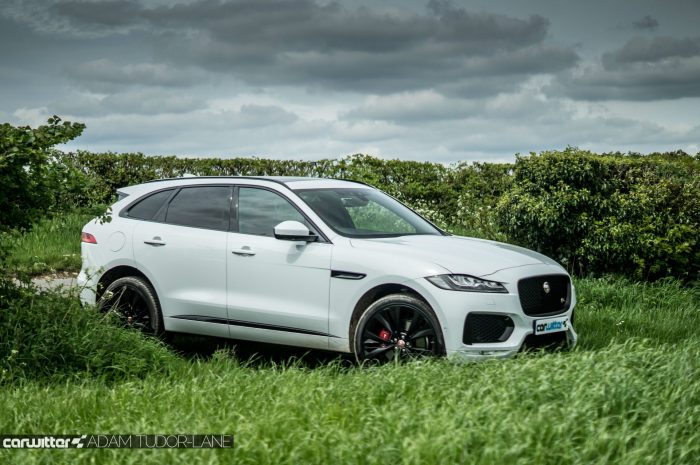 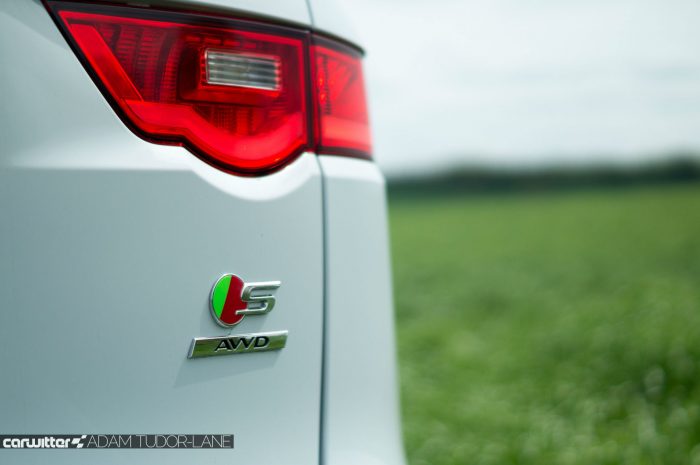 At the launch we stood as Ian Callum himself talked us through the design of the F-Pace.
It doesn’t fit in with the rest of the segments, it’s not like a Q5, Disco Sport, a Cayenne, nor a Range Rover Sport. Its dimensions and ability are in a class of its own, but its main competitors will be seen as the BMW X4, Audi Q5 and Porsche Macan.

The F-Pace shares a basic platform with the XE and XF, but the whole design is totally bespoke after the bare bones.

It’s everything you want an SUV Jag to look like. 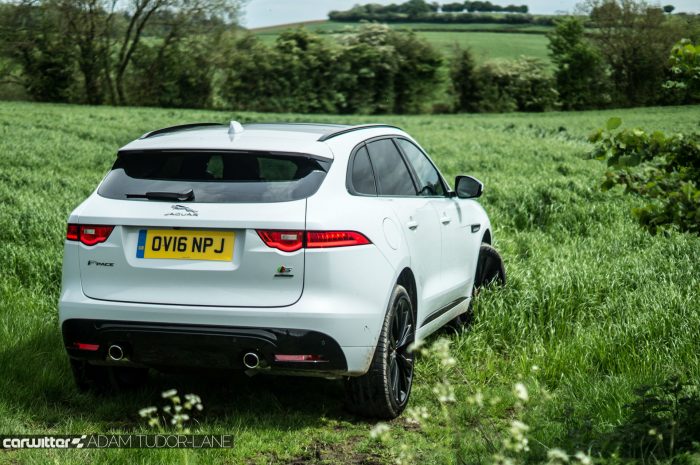 Jaguar have really put the ‘Sport’ back into Sports Utility Vehicle. This thing flies!

Thanks to all that world bending torque there is never any hesitation, lack of power or loss of momentum. The ZF gearbox nicely irons out all those horses, silky smooth shifts and kick downs are almost unfelt in the cabin.

Putting the ‘box into Sport mode makes them a little more violent, but it becomes even more responsive and holds onto the revs a lot longer than in Drive. 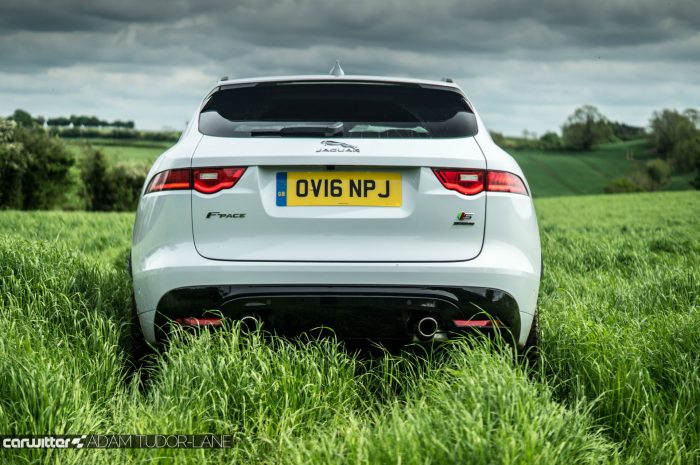 Handling is well sorted too. The F-Pace – believe it or not – has 50-50 weight distribution, it corners very well for being a taller SUV.

At first it feels a little unnatural, you have to trust the F-Pace, but rather than holding on for dear life as you would in a wobbly Disco Sport this thing stays rock solid. With minimal body roll, it just turns in.

It feels as a Jaguar should, similar to the XF but not as nimble as the new XE, and thanks to the AWD system from the F-Type it is predominantly rear wheel drive. It can however shift up to 50% of its power to the front wheels if needs be. 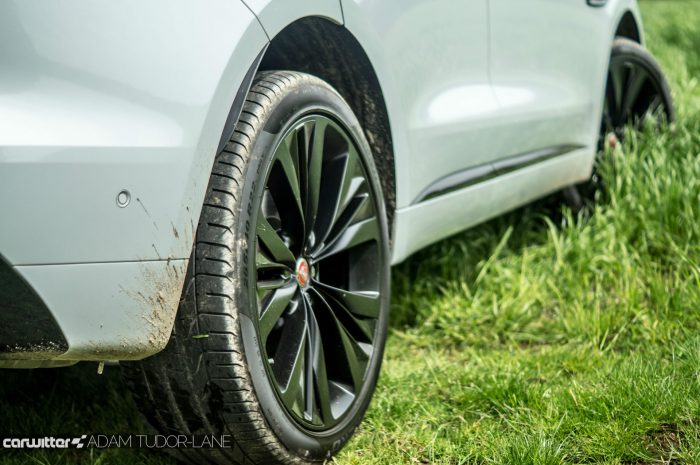 That superb handling does come at a cost though. Jaguar are calling the F-Pace a sports car, but they are also selling it as a complete family package too. Yet the ride is VERY firm on the large 22″ alloys.

On a motorway it’s sublime, but getting it onto a normal A road, or even more daring a B road and the slightest dip, bump and undulation is felt. Normal surfaces that wouldn’t trouble a middle of the road hatchback make it into the cabin of the F-Pace.

Is it a downfall? Well it depends how you see it. Yes, they have created a superb handling SUV. It really does feel like a big car, rather than a wobbly SUV. It also handles far more sportingly than anything else we have driven in this segment – bar the amazing Porsche Macan. 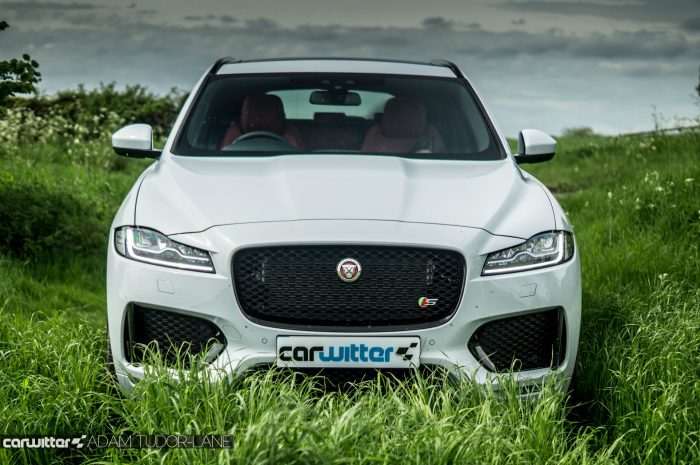 But as a family car? I can see a lot of wives saying “Urgh, this is horrid”.

I can’t help but think the F-Pace would benefit from the trick magnetic dampers used in the Evoque. You can stiffen those at the press of a button, but when in normal mode the lumps and bumps are soaked up superbly. 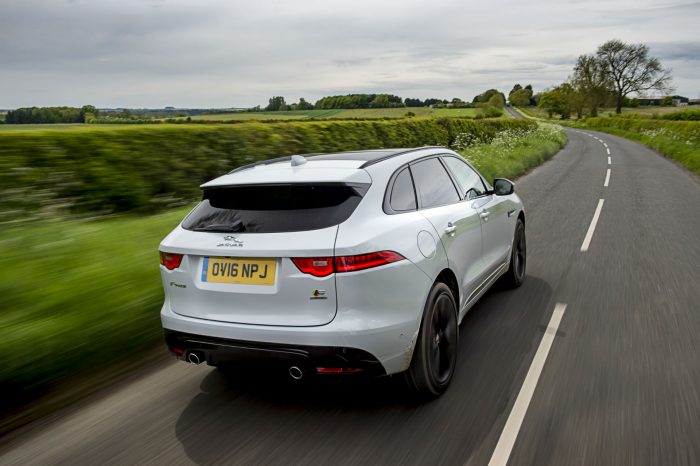 Once inside the Jag doesn’t disappoint. Carrying on with the “Riva’ speedboat design the dash wraps around the lower portion of the windscreen flowing into the doors…I’m not a fan of the physical line but each to their own.

You sit nice and low with everything built up around you, it feels sportier than anything Rangie have to offer. 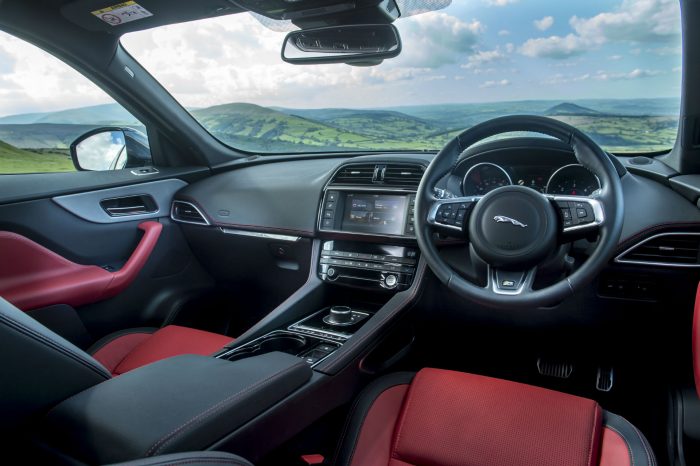 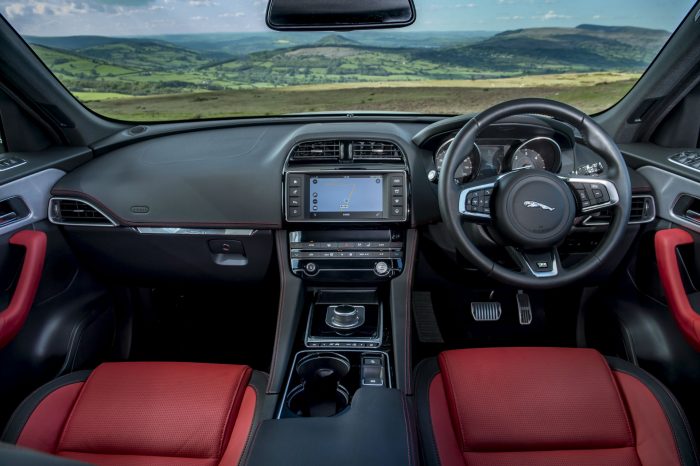 The dash is suitably minimalist, Germanicly so in fact. Everything bar the heating controls can be accessed via the large 8” touch screen that sits in the middle of the dash. You can spec an even bigger 10” model which would have been nice as standard fit.

A plethora of buttons adorn each side of the steering wheel, and you find a few Jag home comforts, the start button from the F-Type, the oh so slick raising gear knob from the first gen XF – but also now prominent across Land Rover products…the centre console stowage cover is also suspiciously familiar, along with the drive mode select buttons. 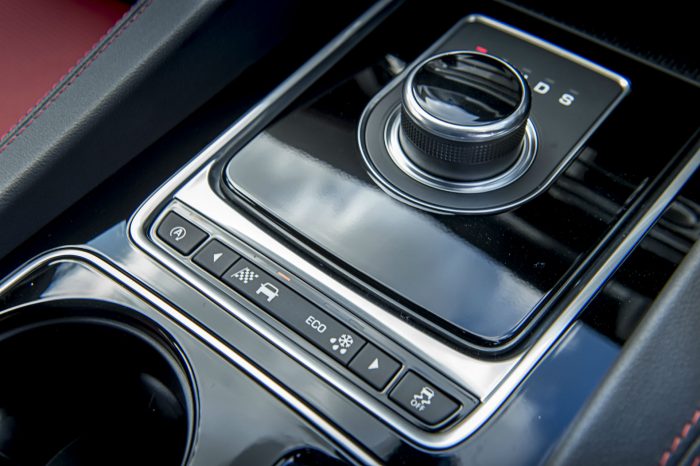 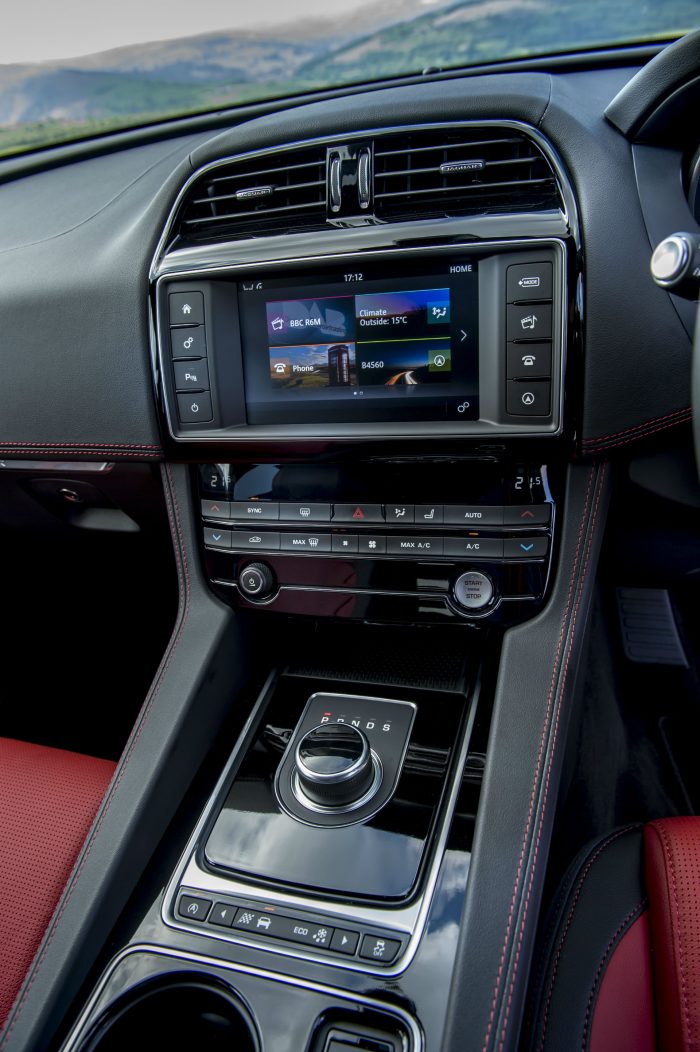 Rear seat leg room is very good, and that sloping roof line doesn’t come at the cost of head room either, an average sized adult can sit in there quite comfortably.

The boot is suitably capacious, at 650 litres it can swallow a family’s luggage with ease – it has the equivalent boot space of the much larger, big boy SUV’s. 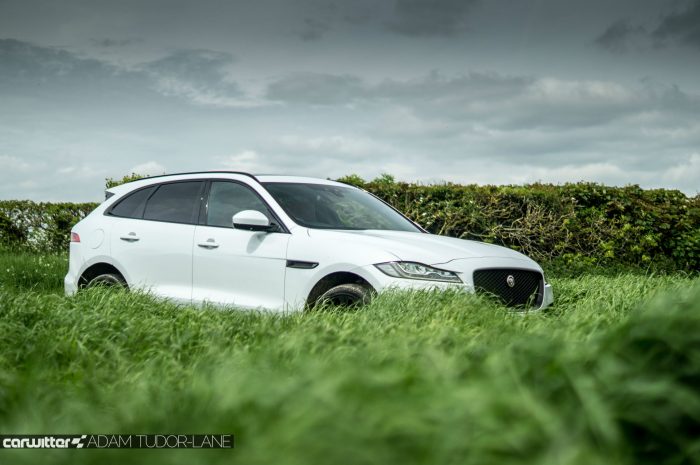 Jaguar are totally onto a winner with the F-Pace. It looks stunning, and starting at £34k for the entry level 2.0 litre diesel it will sell by the boat load.

Its standard kit alone blows most of the competition out of the water, but that sports car ride may be a little too stiff for some. 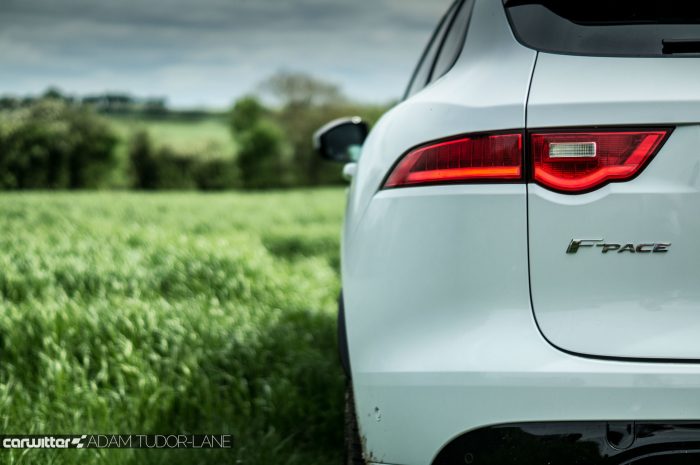 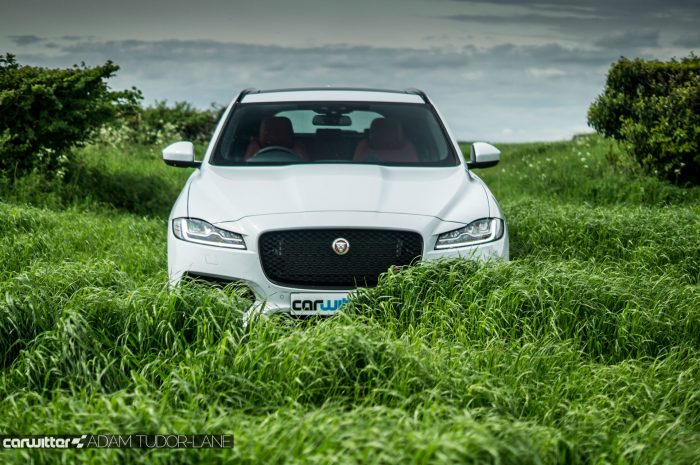 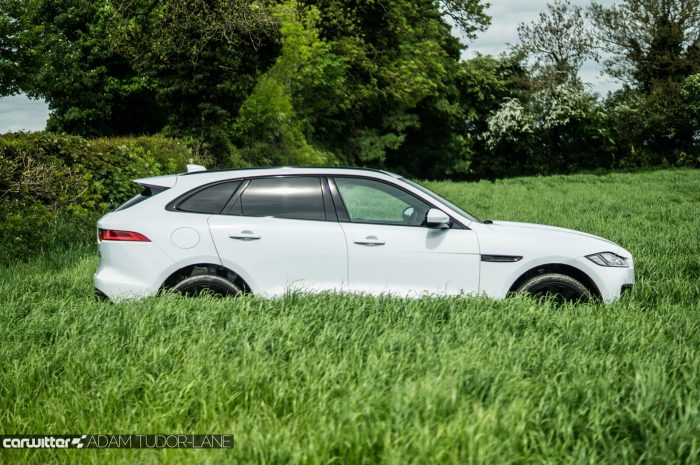 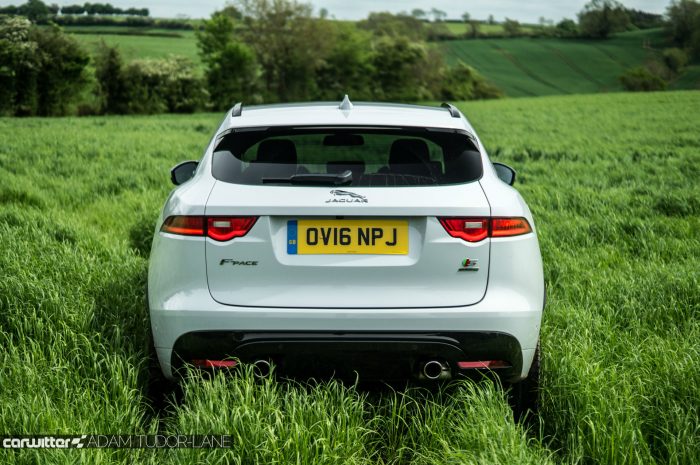 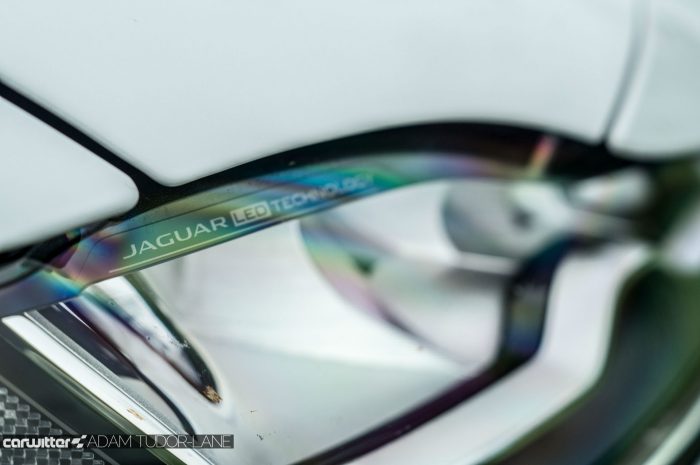 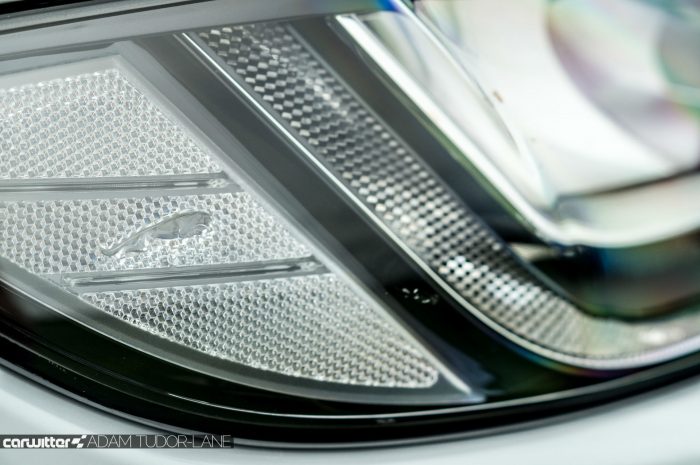 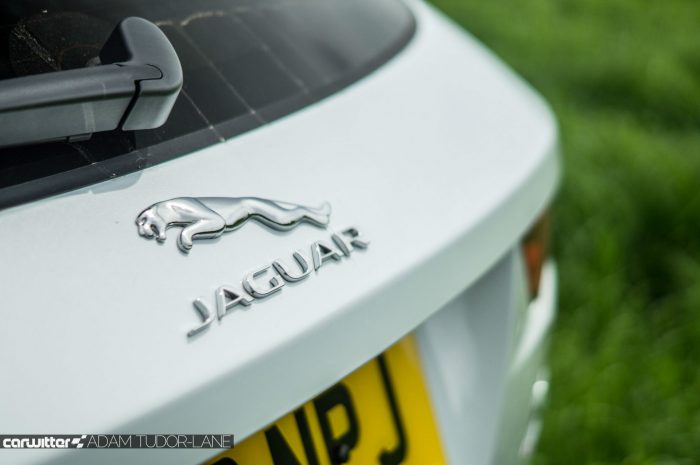 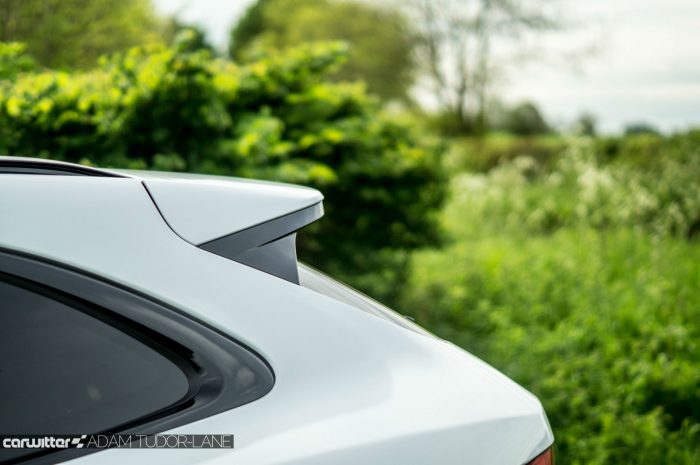 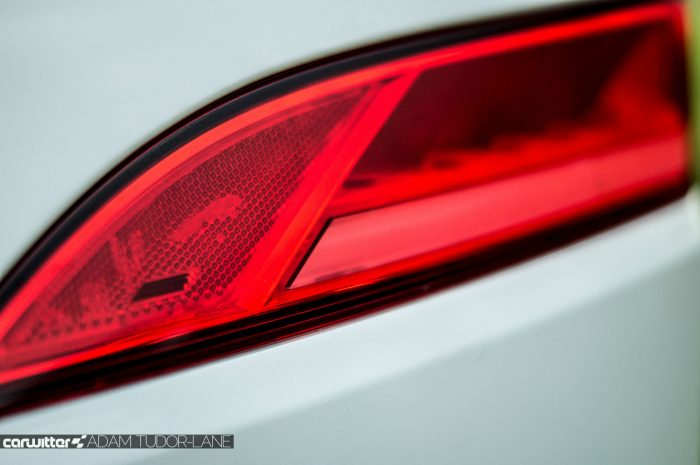 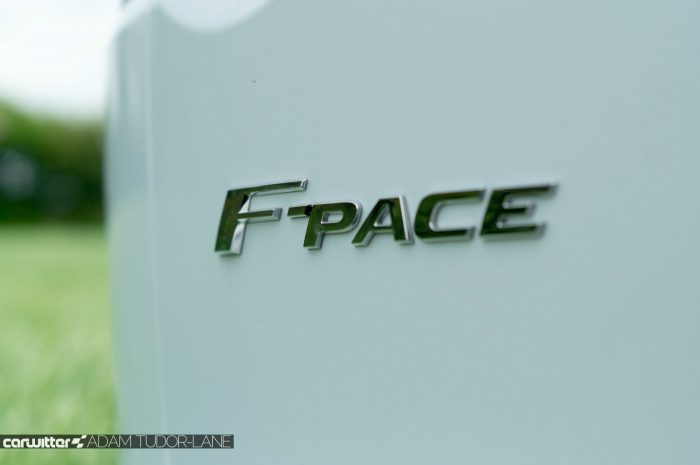 Huge thanks to Andy Morgan for the rolling shots – andymorgan.co.uk

Buying A Car: New Or Used?