I crushed a car with a Tank! – An average Saturday 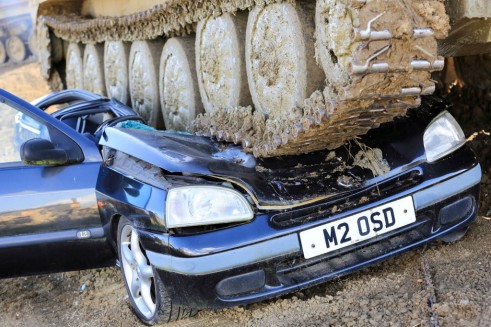 So it’s not every Monday morning that you receive an email asking if you want to drive over a car with a tank…who could turn that down?!

Agreeing within 30 seconds of receiving the email I then read past the first few sentences. MoneySuperMarket are helping to crush car insurance quotes along with the new registration that hit dealerships toward the end of last month.

To launch the new campaign they set some journos a mission to graphically illustrate how serious they are about crushing.

The challenge was simple. Get to grips with a FV 432 troop carrier and then progress to the 16 tonne, 300 BHP, V8 powered 2S1 Gvozdika tank before driving it over a poor little French hatchback. 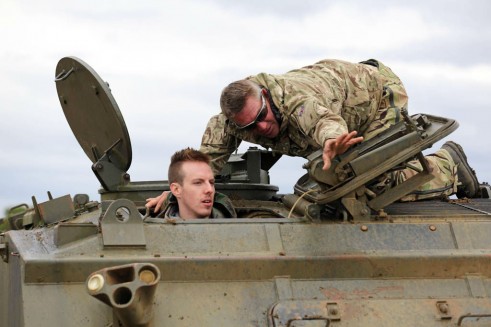 Having donned camo overalls and now feeling the part I clambered up into the 432. After being told it was designed so that when the driver is killed anyone can take the helm I was suitably reassured.

Being an automatic it was dead simple to drive, lever controlled like the majority of tracked vehicles you pull left to go left, right to go right! 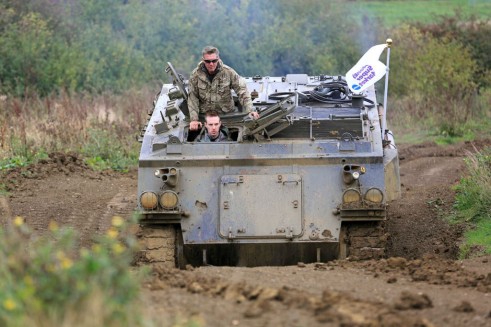 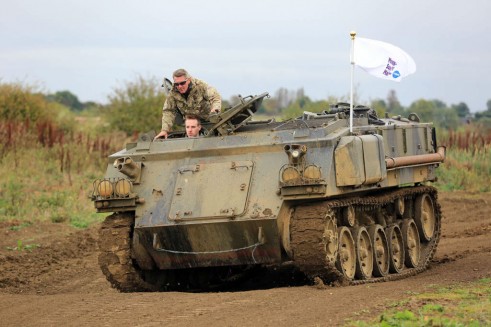 As I’ve learnt with most mechanical machines in my life, whether it’s a racing car or a plane, smoothness and finesse is key.

Building up pace around the track and tackling some steeply rutted inclines I was deemed competent enough to take on the 2S1. 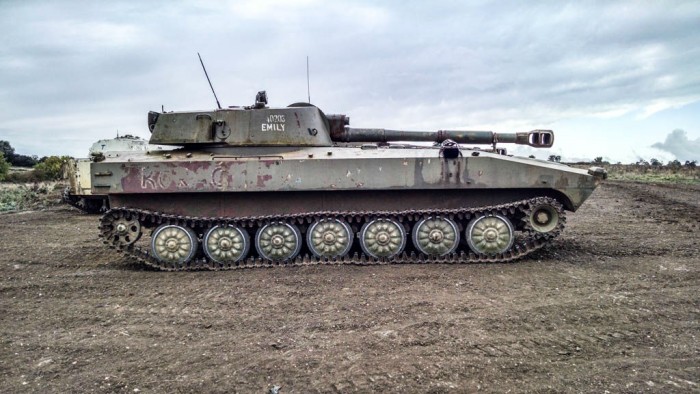 Tanks A Lot have 7 of these Russian tanks (technically it’s a self-propelled artillery piece, but to all intents and purposes, and for the average Joe it’s a tank), to put that in perspective Bosnia only have 5 and Uruguay have 6.

This particular tank came straight from the battlefield after the Chechen war in 1999-2000. They were captured from the Russians and sold by arms dealers directly to Tanks A Lot, scary.

It is also the same tank currently being used in Eastern Ukraine, Syria and by ISIS in Iraq. 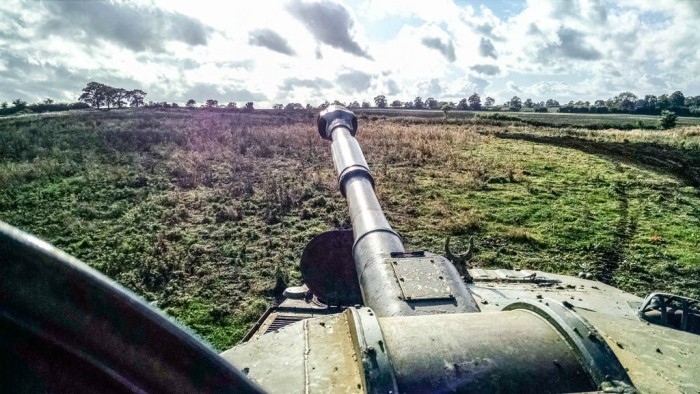 With this being Russian you have to have the physique of a shot-putter to operate the controls. The clutch for example couldn’t be depressed all the way to the floor unless I wedged myself against the backrest and then pressed the pedal with all my strength. 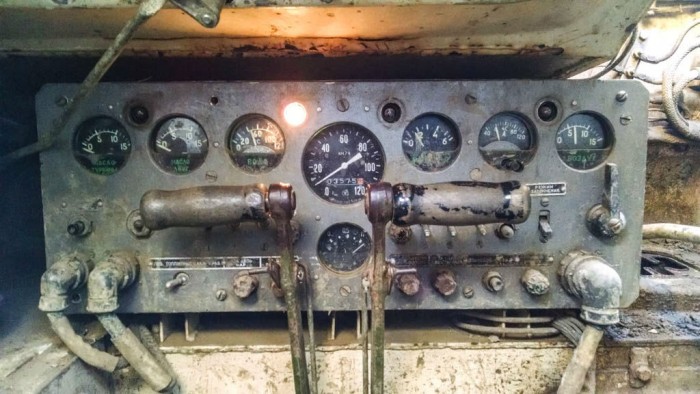 The lever controls were another nightmare, you pull them back about a foot before you hit a friction point of around 5cm, this then moves the track. Pull too far and you go straight past that biting point and nothing happens. You then have to slam the lever as far forward as you can – to reset it if you will – before you can then pull the opposite lever and commence your turn. 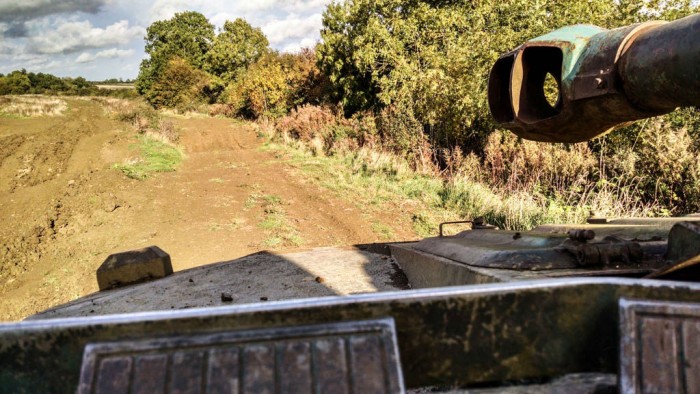 Let’s just say there was once or twice when we kept turning left and headed ‘off piste’. Eventually getting the hang of it everyone climbed aboard and I was then responsible for 5 other people driving around the tank course…no pressure.

Luckily everyone survived intact and I was duly complimented for not rolling it over…thanks guys!

Now for the main event. 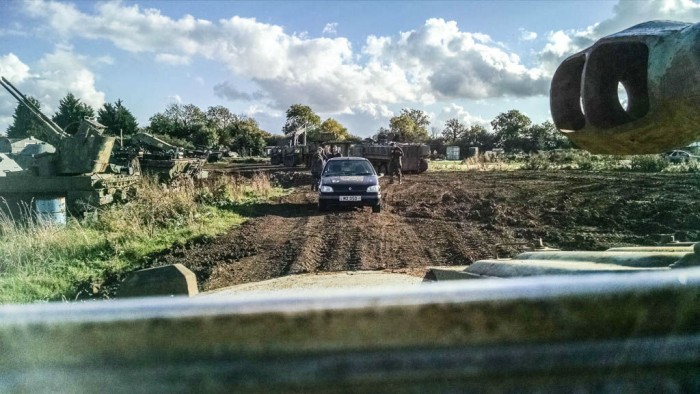 Having driven the 2S1 about a mile back to base I lined up with M2 OSD. A rather sad looking mark 1 Renault Clio with badly peeling lacquer. It was completely rusted through in places and ready for the scrapheap, but it still ran and drove fine.

Slotting the 16 tonne Russian monster into first gear I gave it some gas. Plumes of dark smoke and soot fired from the exhausts as we inched toward the little Clio at walking pace. 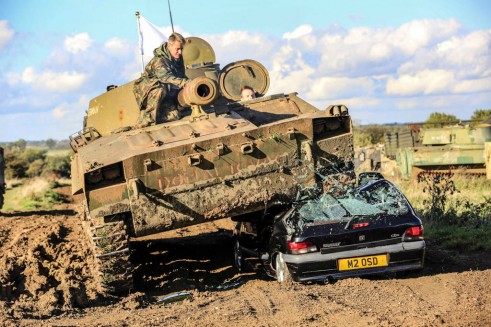 Soon it had disappeared from view…and the crunching started. This was the type of crunching that never sounds good – metal on metal, scraping, scratching.

It was like hearing a car accident in slow motion, then BANG as the windscreen exploded under the front tracks. 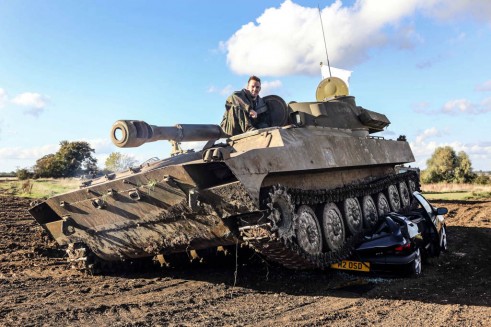 Pressing on, the 2S1 finally sat smack bang in the middle of the poor Clio, all the while bits of metal still popping beneath. I get out and survey my destructive handiwork.

Amazingly enough both rear side windows just fell out and were still in perfect condition. Actually there was a lot of the car that was salvageable, headlights, rear lights, alloys…anything that wasn’t directly in the middle of the car!

Reversing off slowly we left a small, crumpled, flat piece of French metal in our wake. Oh the feeling of power! 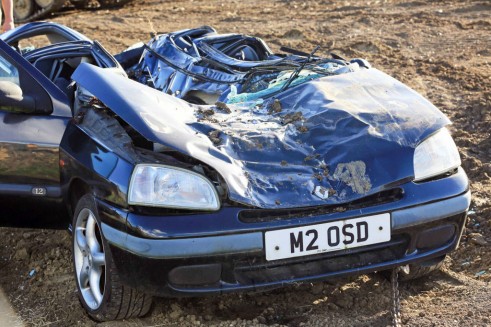 All in all it was a superb day, a great once in a lifetime experience, and all in aid of helping the average motorist crush their car insurance quote with MoneySuperMarket.

Now if only I had a 2S1 when someone next cuts me up…hmm. 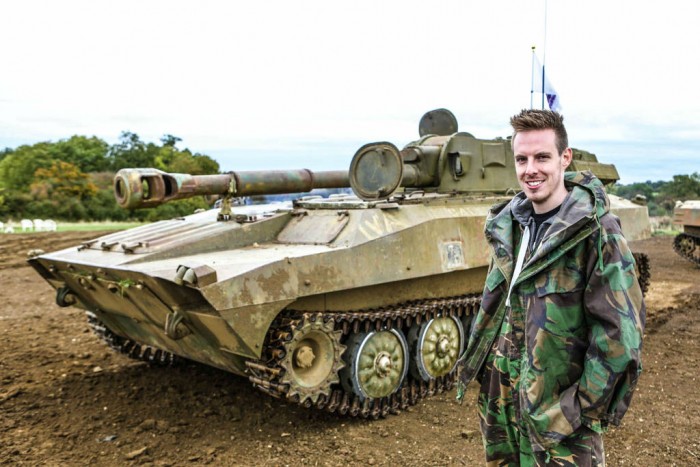