For a long time now the Fiesta ST has been hailed as the king of hot hatches, for a while the Peugeot 208 GTi By Peugeot Sport knocked it off its perch for EVO,  but now Ford has hit back with the latest incarnation of their Fiesta ST Performance Pack, but what’s it like? 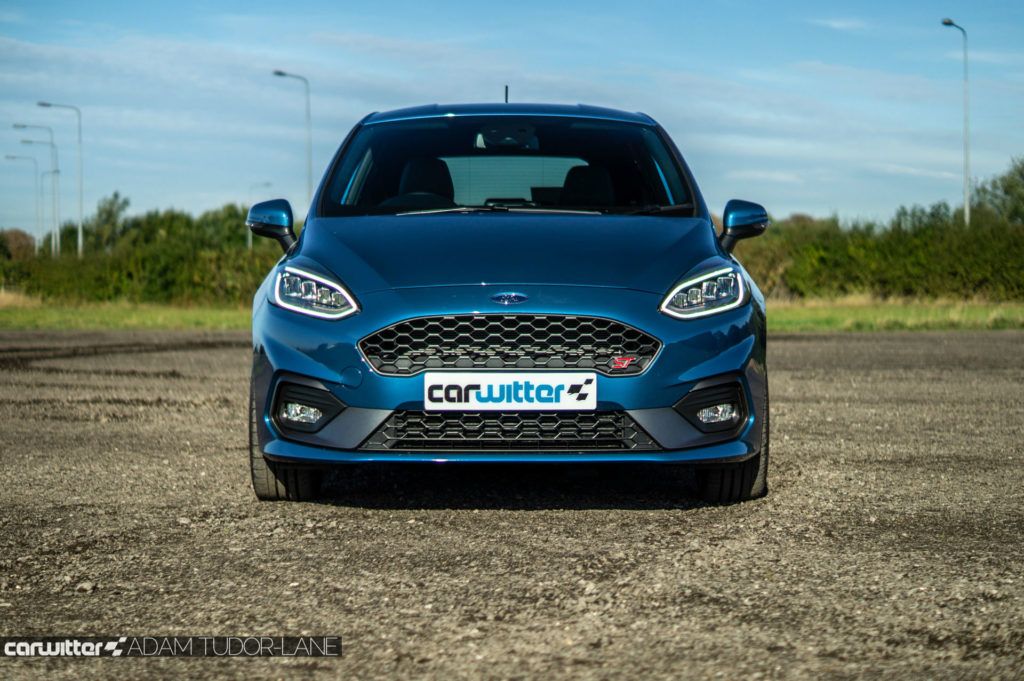 Now I can’t say I’m a fan of the new Fiesta; it looks like a mini B-Max from some angles. It’s that stout, upright rear end and sticky out lower bumper that does it.

Overall the new ST is 93mm longer with a 4mm lengthened wheelbase, it’s also 26mm lower and a smidge thinner by 37mm, no doubt thanks to the diddy wing mirrors. 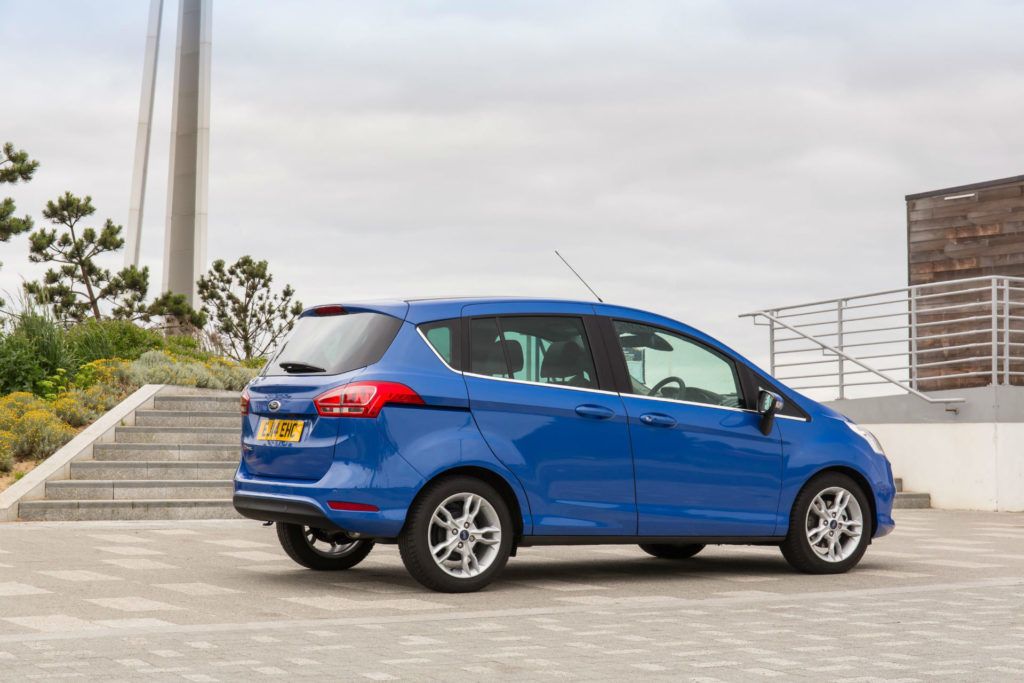 A wide-open honeycomb grille and LED headlights on our model give it a mean appearance, it’s pretty subtle all round in fact which is nice compared to the shouty, over the top Focus RS. It looks fast, but not too in your face; the back could probably do with a bit more edge.

While the front wheels fill the arches well the backs look a tad lost with the larger gap between the tyre and bodywork, that’s even with the larger 18” upgraded alloys fitted on our ST-2. 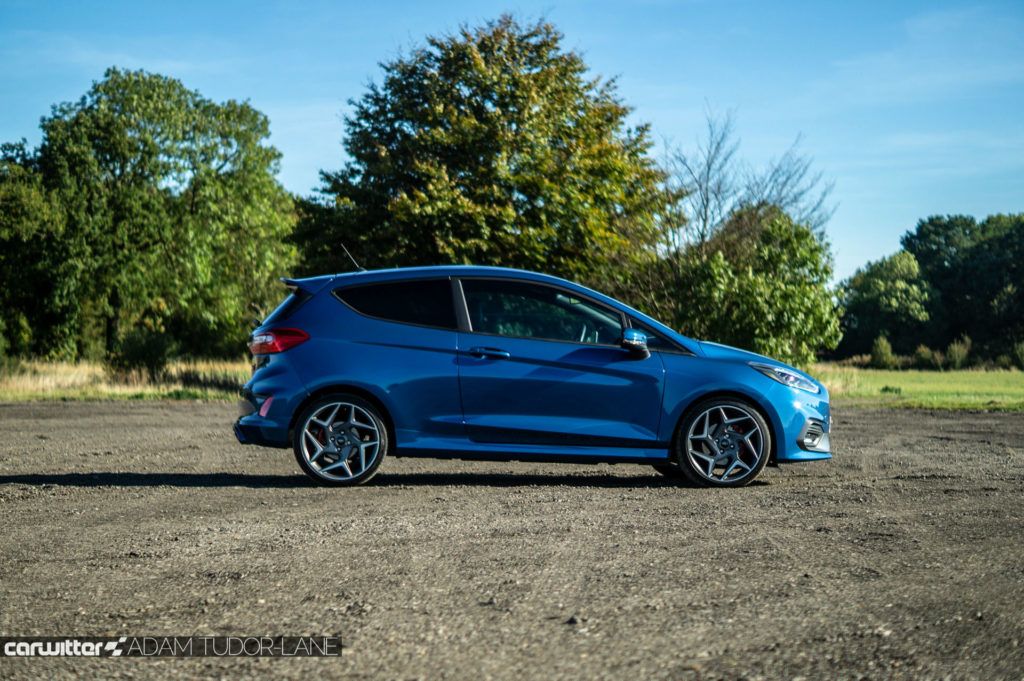 When you’ve got the perfect recipe, you don’t go changing the ingredients, but that’s precisely what Ford have done with the Fiesta ST.

Somehow they’ve managed to squeeze out even more power, torque and drop the 0-60 time. 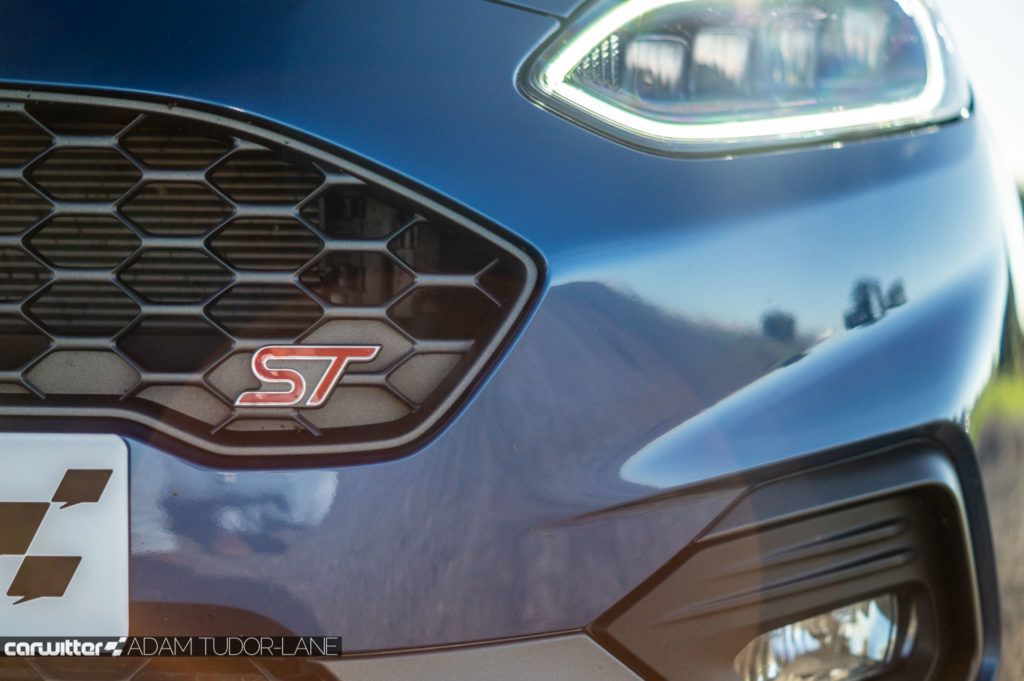 The figures now stand at 197 BHP, 290 Nm of torque, a 0-60 time of 6.3 seconds and a higher top speed of 144 MPH. Pretty incredible figures from a three-banger. What’s more, is that on a long run the engine can shut down a cylinder to save even more fuel. Mad.

Instantly you’ll notice how firm the ride is in the ST, allegedly it’s more forgiving than the old one, but we’re not so sure. It seems far harder than our favourite hot hatch ever, the FK2 Civic Type-R.

You get jostled and jiggled over everything but buttery smooth (often fresh) tarmac, while you can put up with it for the handling characteristics, it isn’t a car I’d like to do long commutes in.

Around town, you can forgive it, but a few hours on back roads down to London wear your patience thin. 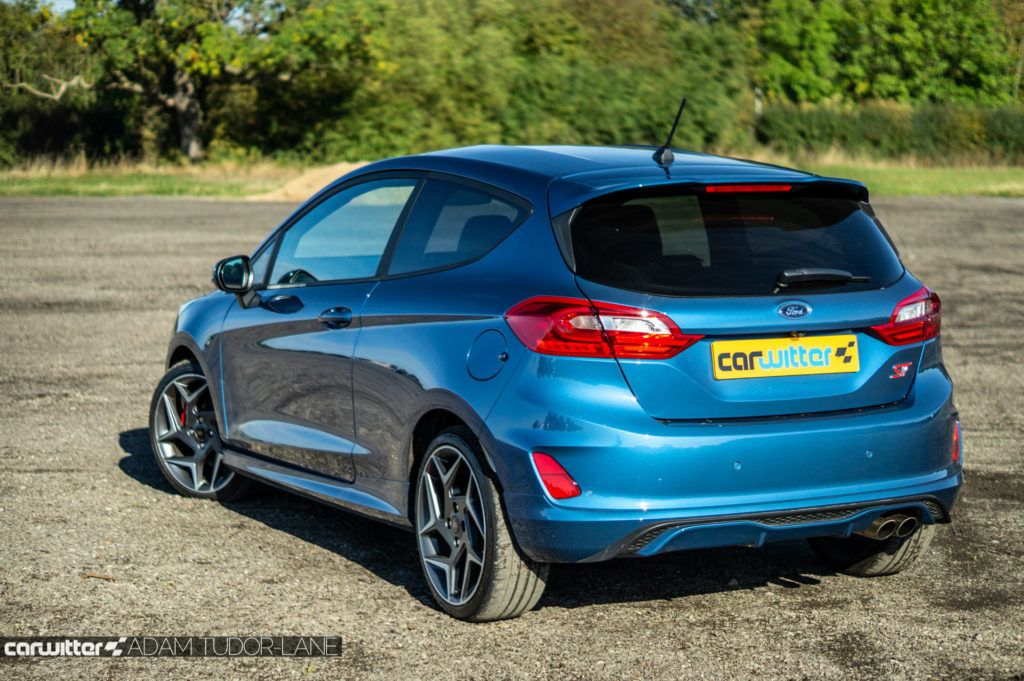 Power is simply incredible from this three-pot, in fact, compare it to the 1.0-litre EcoBoost that sounds like an unhappy tractor, and you’d never know it was down a cylinder compared to a regular car.

At any speed, you can dump the throttle and be greeted with back burying torque. It’s the type of car that eggs you on. It can make that gap, but do you have the balls to do so? In that regard, it can turn you into a hooligan rather quickly. 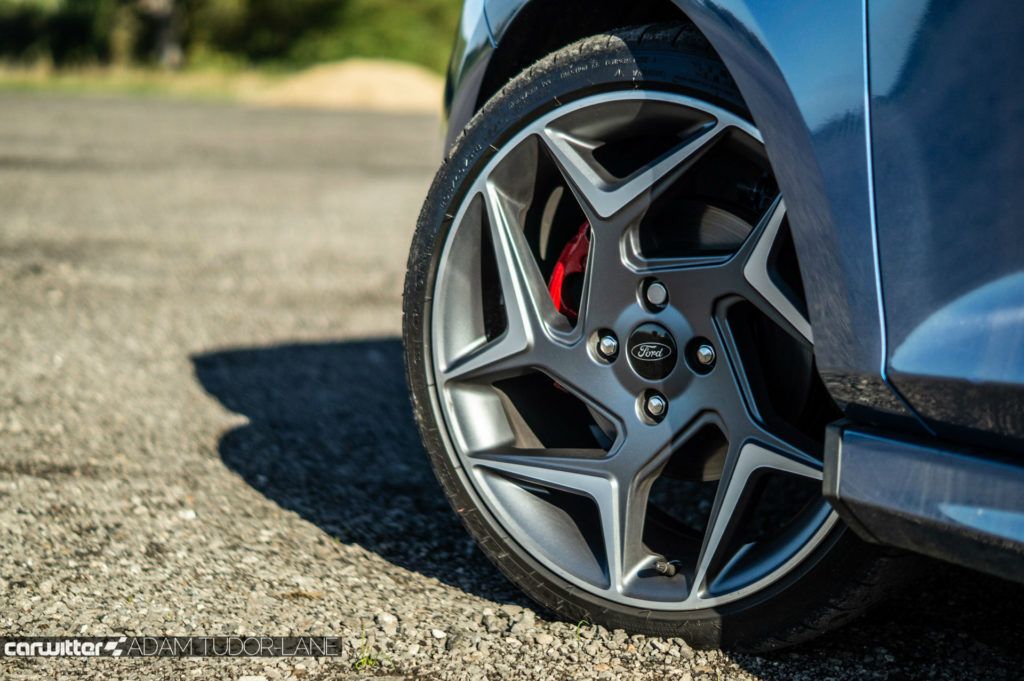 Our ST-2 was fitted with the £925 ‘ST Performance Pack’ which isn’t even standard on the range-topping ST-3. It includes a Quaife limited-slip diff, adds launch control and adds performance shift light.

The only thing you need to worry about that pack is the addition of the LSD; this lets you sling it around corners at truly terrifying speeds while pummelling the custom Michelin tyres into the tarmac. Apexing a roundabout around 60 is not an issue. 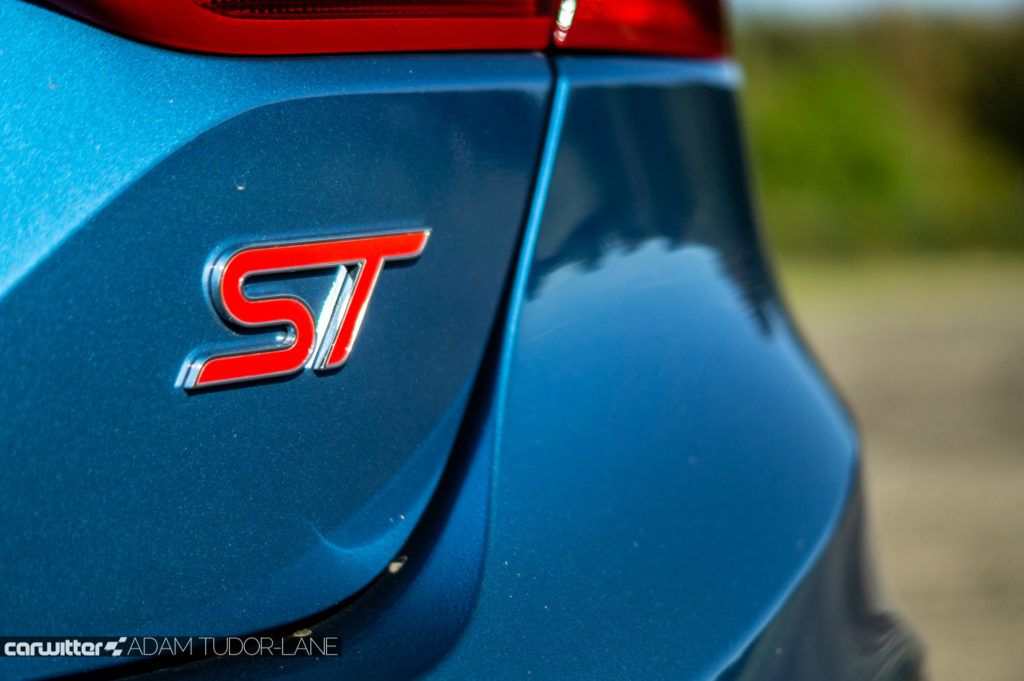 However, it’s also superbly playable. Want to get it on three-wheel’s through the corner, or even adjust it to do that mid bend? No problem. You usually have to work a hot hatch to get it to cock a wheel; the ST does it for fun seemingly around every turn.

There’s barely a whiff of torque steer to be had, the only time you’ll notice it is if you jump on the gas too early in the corner, then you’ll get a slight pull sensation through the chassis. There’s no wrestling with this thing as you used to get in the likes of the old Juke NISMO. 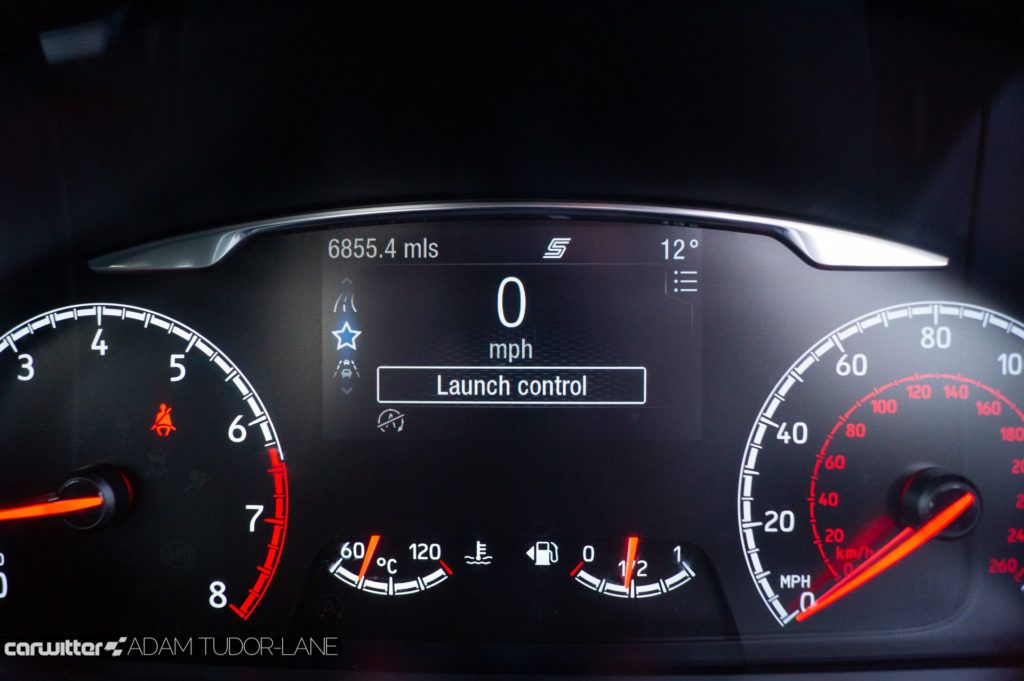 Launch control can be fun, but in a car of this ilk is it essential? Likewise, the driving modes, there’s ‘Normal’, ‘Sport’ and ‘Track’.

Sport mode opens a roarty valve in the exhaust enabling a few crackles and pops when ‘on it’, as well as sharpening the throttle sensitivity and steering.

Track changes the steering even more and disables the traction control while putting the stability control into ‘wide-slip mode’. 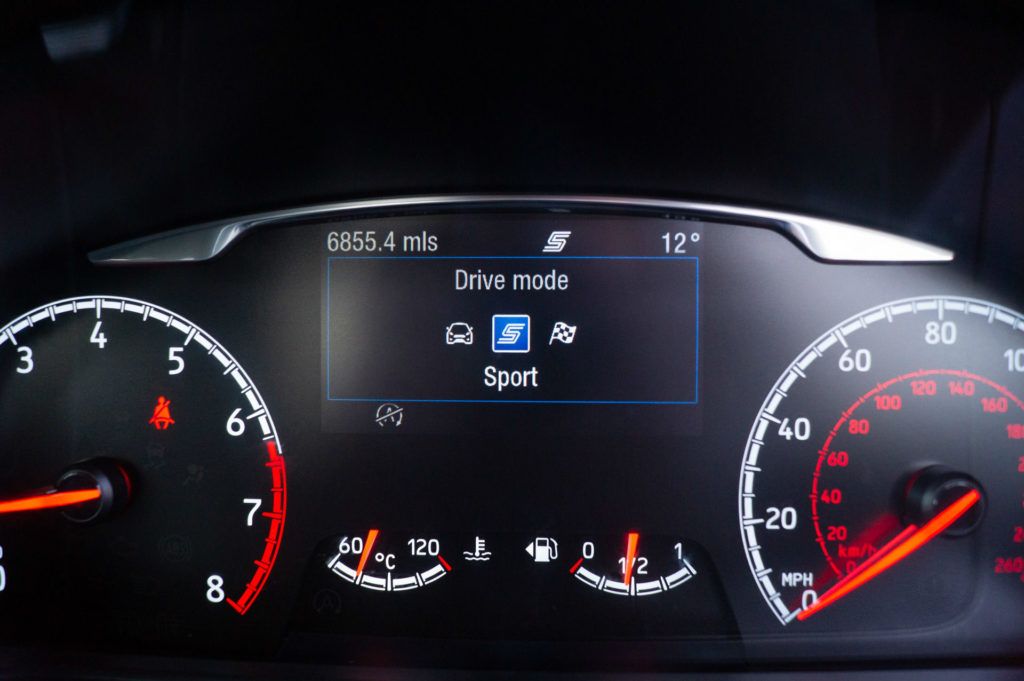 One of the biggest bugbears is to do with the gearing; it’s rather short until you get halfway through the box, which means you’re snatching gears as quickly as you can.

There is a ‘no-lift shift’ ability, but Christ knows how long the clutch would last doing that regularly. 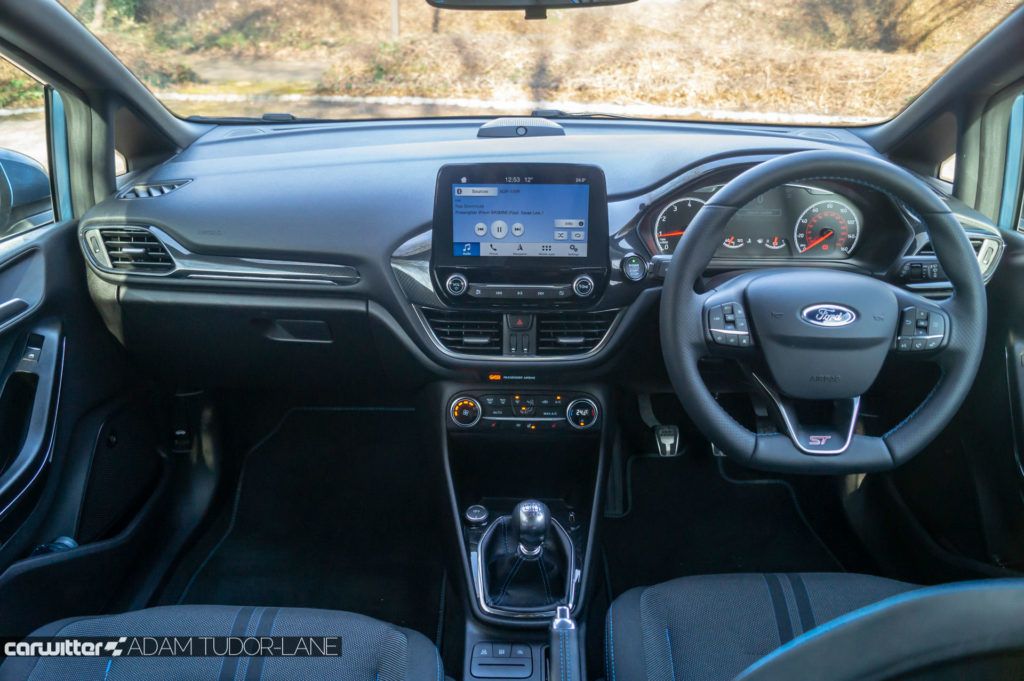 Hopping inside the first thing you notice is the massively hugging Recaro seats, logo fully emblazoned on the inner bolster of each chair, ST badge on the back for good measure.
They’re incredibly holding and deep if a little too firm at times. Our ST2 only made do with fabric seats; the ST3 gets the part leather, Alcantara treatment. 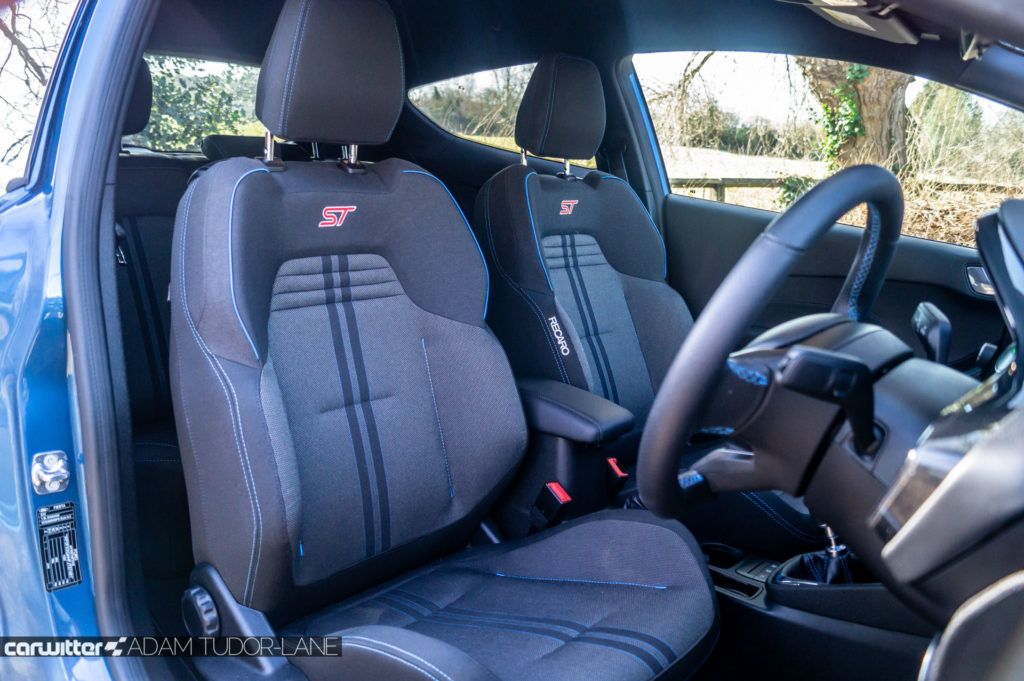 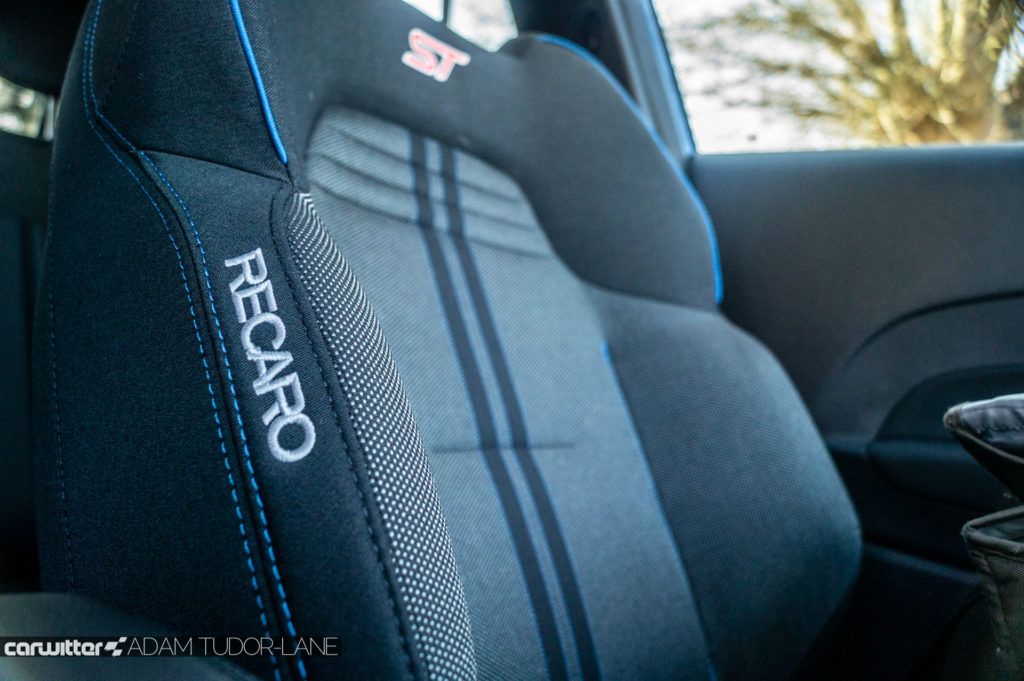 Manual heating controls sit below the air vents housed in the same rather hard plastic as found surrounding the dials in the new Ford Focus. A lot of the interior is quite plasticy; it certainly doesn’t shout premium, no matter how hard the faux carbon inlays want it to seem.

There’s no point in mentioning the back seats as you won’t ever use them anyway — boot space measures in at 292 litres. 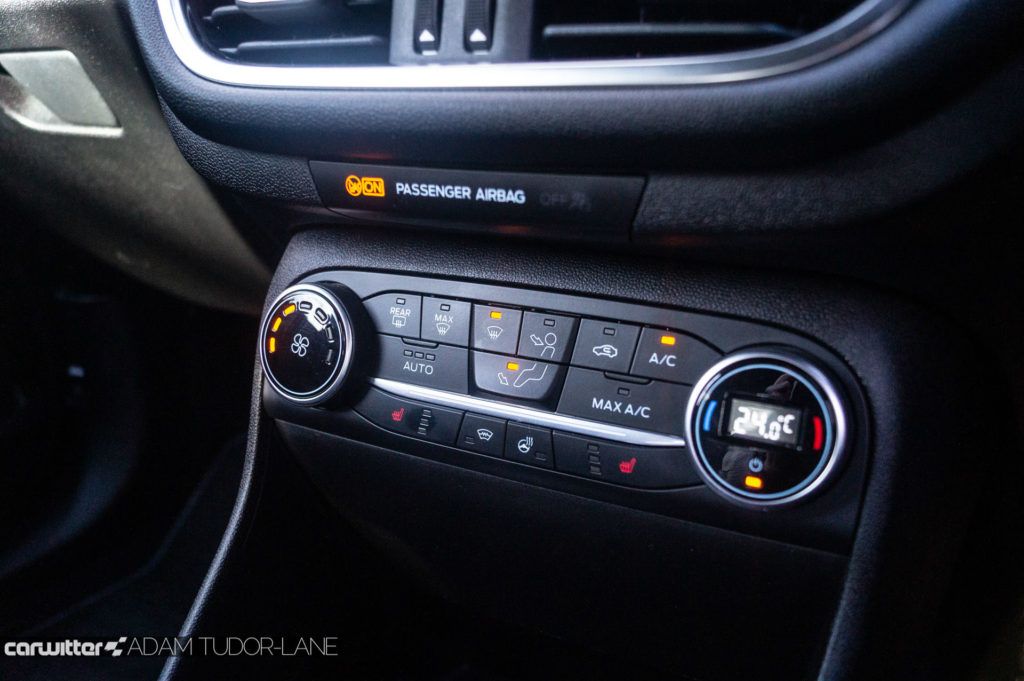 It’s hard to fault the Fiesta ST, the power and torque they’ve managed to wring from a three-pot engine is nothing less than incredible. It always feels on the boil with performance and pace instantly available no matter what speed you’re doing.

The short ratio box can be a little annoying, furiously grabbing at the first three gears when setting off isn’t great. Likewise, with the ride, it’s pretty rock solid, making longer journeys tiresome and fidgety. Around town, you could put up with it, but using an ST for distance commutes, I wouldn’t like to entertain.

Oh, and then there’s the fact that they’re common as muck. That alone would put us off from buying one. But it is a damn good hot hatch. 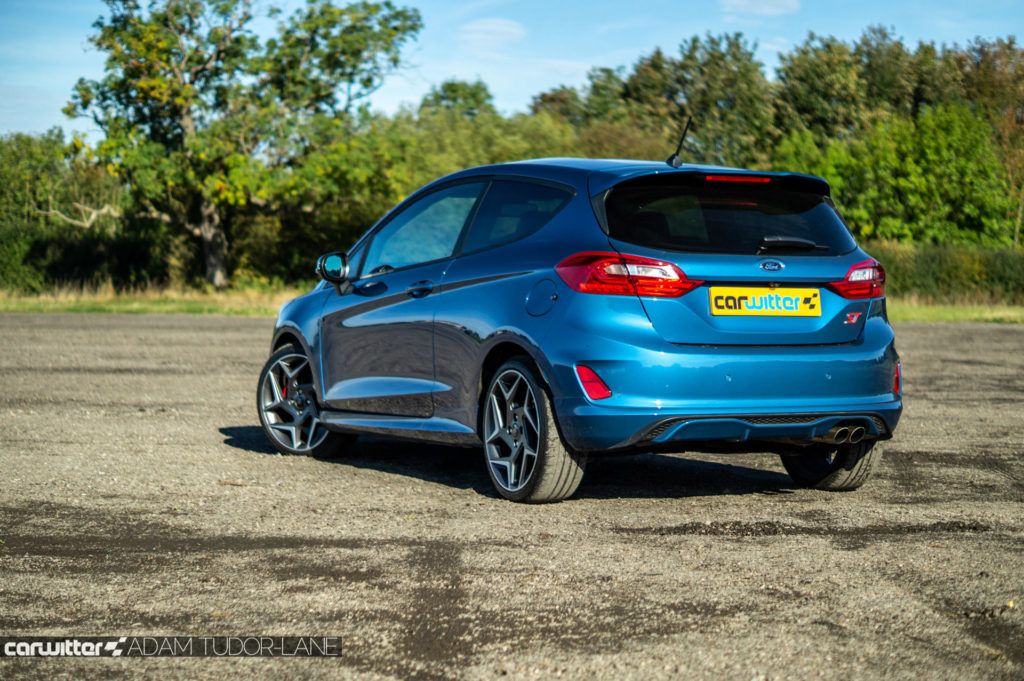 Should you go electric?