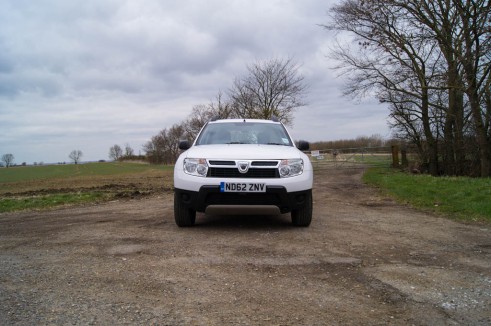 Dacia have entered the UK market with its sub £11k 4×4, the Duster. The model we tested was the Access trim level, fondly known as the “UN” spec, due to its standard white paint and black bumpers. 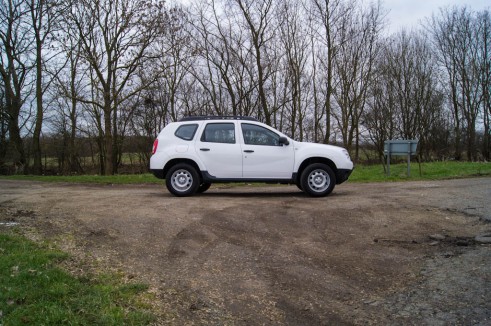 Now at that price you can’t expect amazing exterior design, but I kind of like the way it looks. Its chunky in all the right places, and looks as though it has some substance to it. I particularly like the back, it has a sort of beach buggy style to it. I also don’t mind the black bumpers with the white paint, and the pepper pot style steel wheels; they look very Peugeot 205. At the front there is a nice exposed metal sump guard, which gives the car a rough and ready appearance.

I have since seen a White duster with the optional styling pack, which consists of chrome running bars down the sides and along the front. I have to say it looks rather tasty! 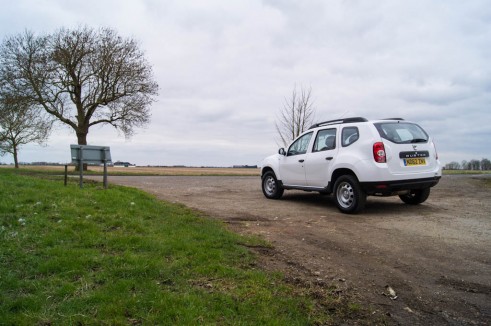 With a 1.6 16v Petrol engine I thought the Dacia would be a bit lacklustre, but upon putting my foot down it picked up rather well. It has 105 BHP and will return around 35.3 MPG which isn’t bad. It does however pump out 185 g/km of CO2 as it is a rather old engine design, which means you will be put in the £215.00 a year tax bracket, ouch!

Braking was great, very sharp and responsive, even though the duster has rear drums. Steering was nicely weighted, with a more mechanical old school feel to it, rather than all electric types in most cars nowadays.

During our testing we just had to go off road, so the opportunity arose in a heavily rutted farmer’s field. With tracks at least 30cm deep we ventured further and further, the 4wd was perfect, keeping us going in the right direction with very little wheel spin across varying speeds. Getting back out of the field on a fairly steep incline was equally as graceful, even with the standard road tyres. This was to be expected as the Dacia’s 4WD system was co-developed with Nissan expertise. 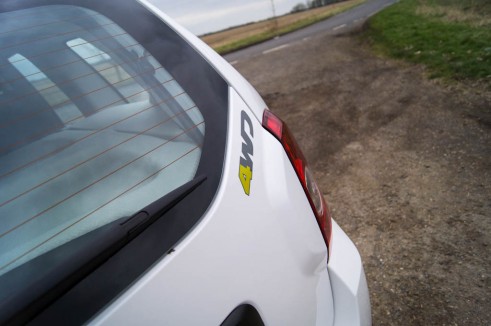 Inside the Duster is pretty sparse, if you go for the basic Access model you won’t even get a stereo. Ours had been upgraded to incorporate a third party Kenwood head unit. The UN spec models do however get pre wiring for after market speakers and stereos. 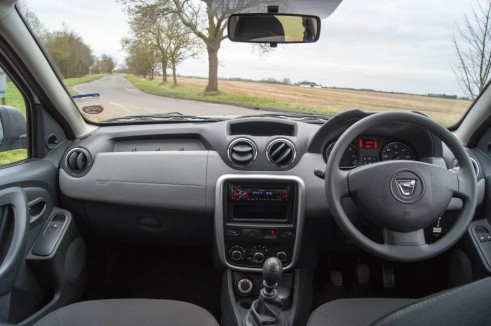 The seats are somewhat flat looking, but where comfy enough. Just don’t expect them to grab you in the corners as they won’t! Switchgear felt well made, some edges where a little sharp on the dials; not a big deal really. 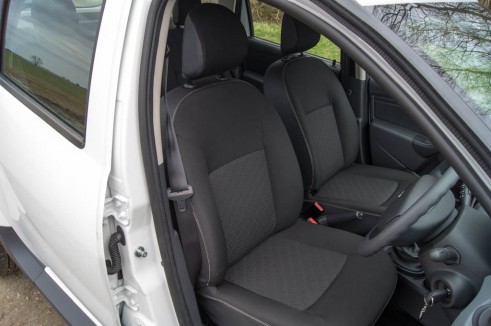 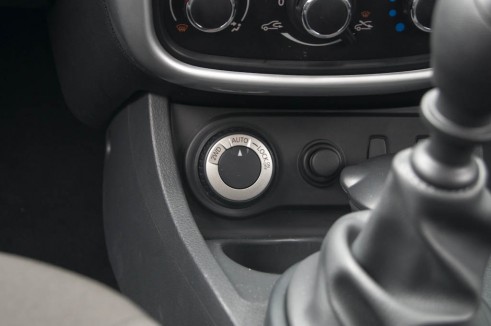 Dash plastics are hard as nails and budget looking, but if you have ever driven a Ford Transit or a Peugeot Bipper you’ll be right at home, as the plastics are just the same as you would find in any commercial vehicle. No doubt they will be super hard wearing and last a lifetime.

Dials are very basic too, you get an LCD with fuel bars on the left and temperature on the right. You have to go to the very top model to receive a six function on board computer, which will compute such things as Average fuel consumption, fuel range, average speed etc. 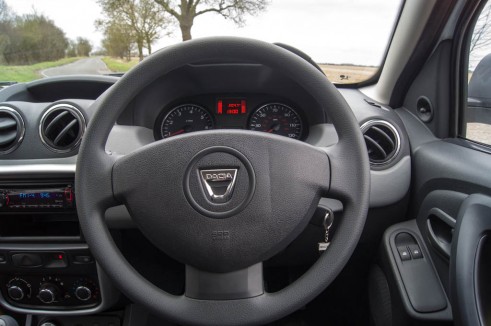 At the back, you get manual wind windows, only electrics up front on this model. The rear seats also look very flat and un-shapely. The whole bench folds forward to, no split seating here. Boot wise the Dacia is huge with 443 litres, this expands to a whopping 1,604 with the rear seats folded down. 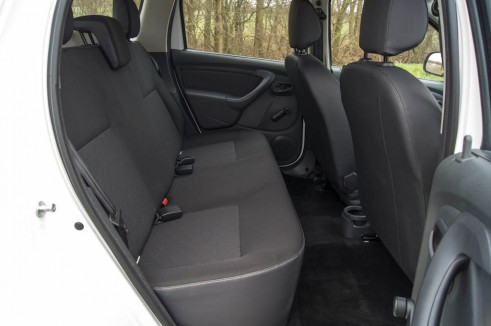 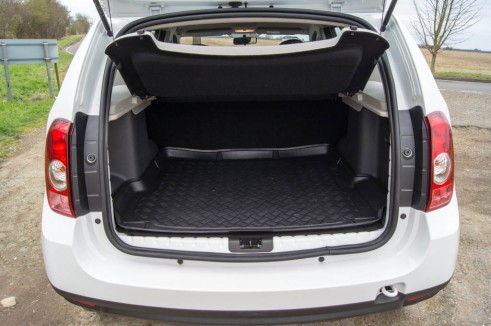 Overall the Dacia is a bargain, you get tons of car for your money. Ok so the interior is rather basic, but if you’re buying this car you’re not after Bentley levels of luxuriousness. You will be after something cheap and cheerful. It’s off roading ability was great, and to have a brand new 4×4 for £10,995 is astonishing. It shows that manufacturers can make cars to a price point, and make them rather well.

The only complaint I do have is of the Dusters Euro NCap rating, only 3 stars. In this day and age…. (Well, since the Renault Scenic to be honest) nearly every car scores 5 stars. To only get 3 makes you wonder if the affordability means cut corners at the occupant’s expense. Dacia’s grand marketing scheme is to lift people out of the second hand car market and into their vehicles. But if I had £11k to spend on a car for the family, and knew of the Dusters 3 star rating id avoid it and find a safer second hand vehicle.