In recent years Citroen have a new-found flair when it comes to design, they’ve ditched trying to go mainstream and have focussed on what they’re good at, quirky and stylish. The Citroen C5 Aircross is no different.

Starting at £24,435 for the entry-level ‘Feel’ model, this crossover offering adds some bold, masculine looks to the two chevron range. 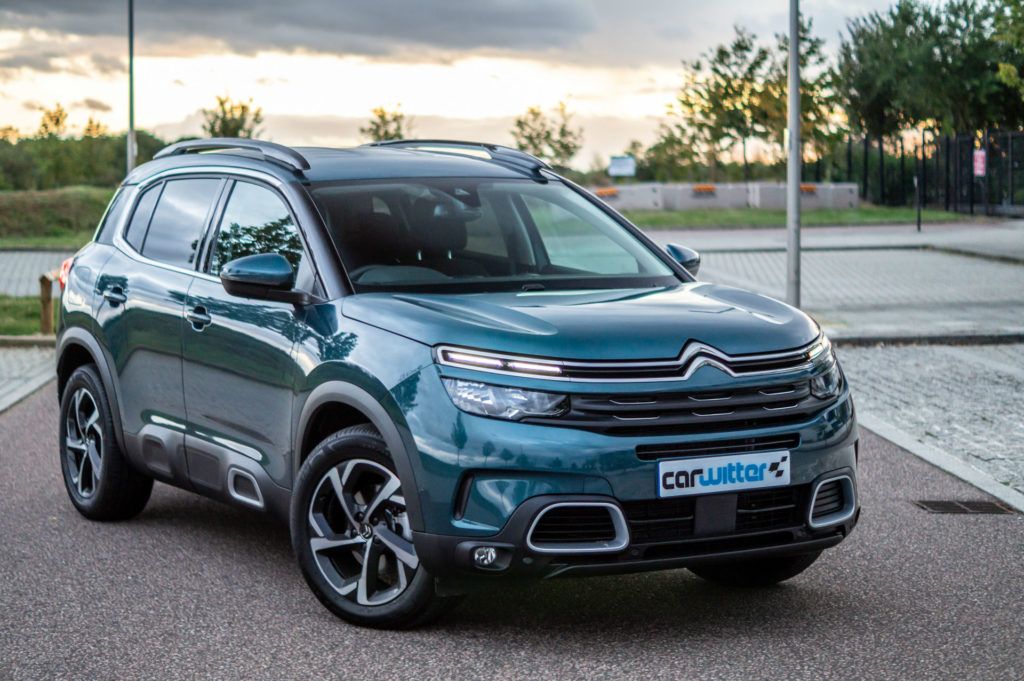 Now, I can’t say I’m a fan of the paintwork, so go with any of the other colours form the start.

As for the rest of the C5 Aircross, it’s a plethora of curves and bulges, with a high bonnet making a striking statement at first glance. It looks nothing like its angled, sculpted brother the Peugeot 3008, and form the rear it almost has the same derriere as the C4 Spacetourer. 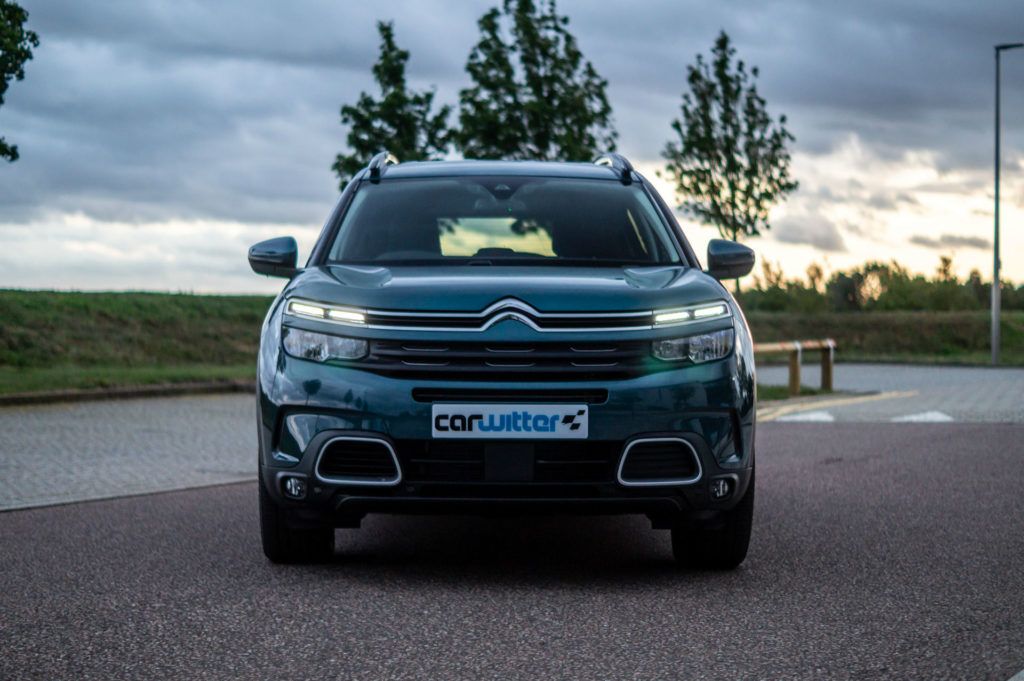 Roof rails aren’t standard fit with the ‘Feel’ models missing out, they also forgo the small fog lights, but apart from those the two trims are pretty indistinguishable.

If you’re stuck for which colour to pick then the Volcano Red Metallic makes it look like a G4 Challenge Land Rover, and the Polar White is smart while being totally free – all the others cost. 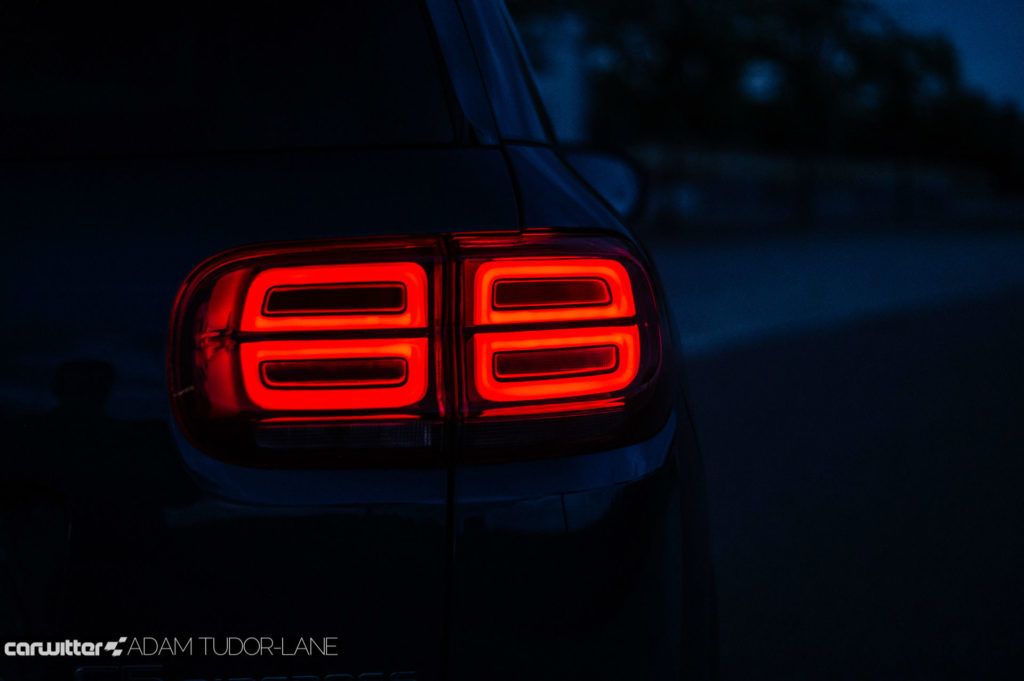 Citroen claim there isn’t a C Segment SUV that rides well, they set out to give the C5 that ‘magic carpet’ ride quality that the C4 Cactus is known for.

To do so they developed unique struts for the C5, and hydraulic bump stops instead of rubber ones, this deals with both the compression and rebound.

Instead of pushing against hard bits of rubber, these absorb shock and then push back into the damper to dissipate the energy – making for a silky-smooth ride.

It’s particularly noticeable how serene higher speed driving is, motorways just melt away and rough roads around town are met with the occasional thud rather than body inducing shocks. 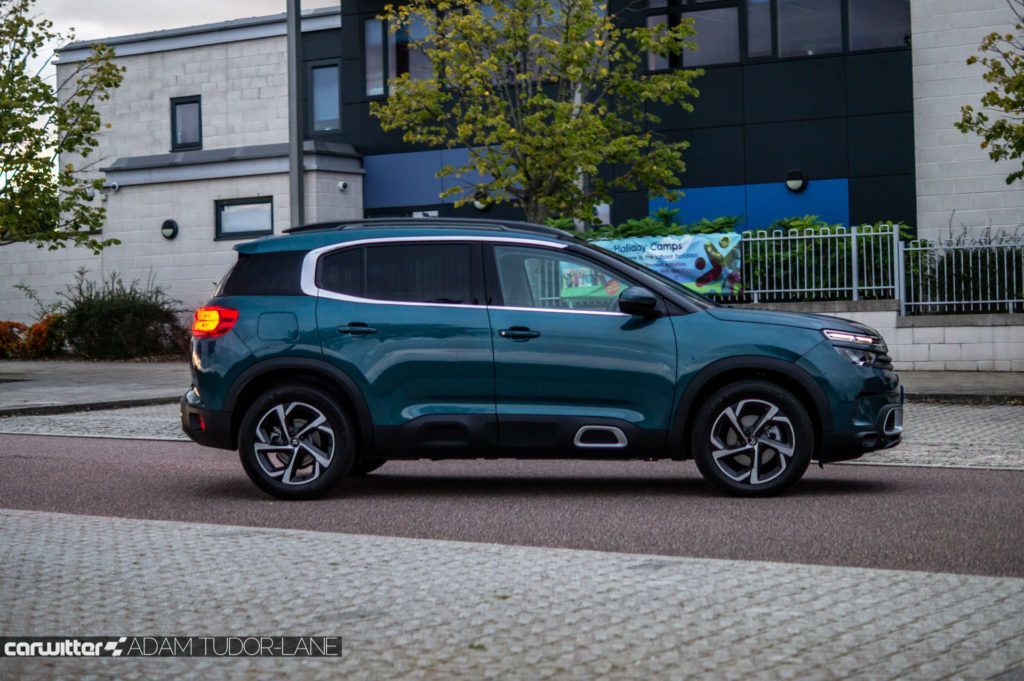 Steering is feather-light, again making it a doddle in urban areas. Out on the open road, corners are met with a fair amount of body roll due to the soft setup, but it’s not sickness-inducing as it remains well controlled.

In terms of noise, the diesel is incredibly well hushed, motorway driving is an unusually quiet affair, primarily due to the mostly smooth 8-speed auto gearbox; lift off a bit too abruptly, though, and you will feel a little lurch. 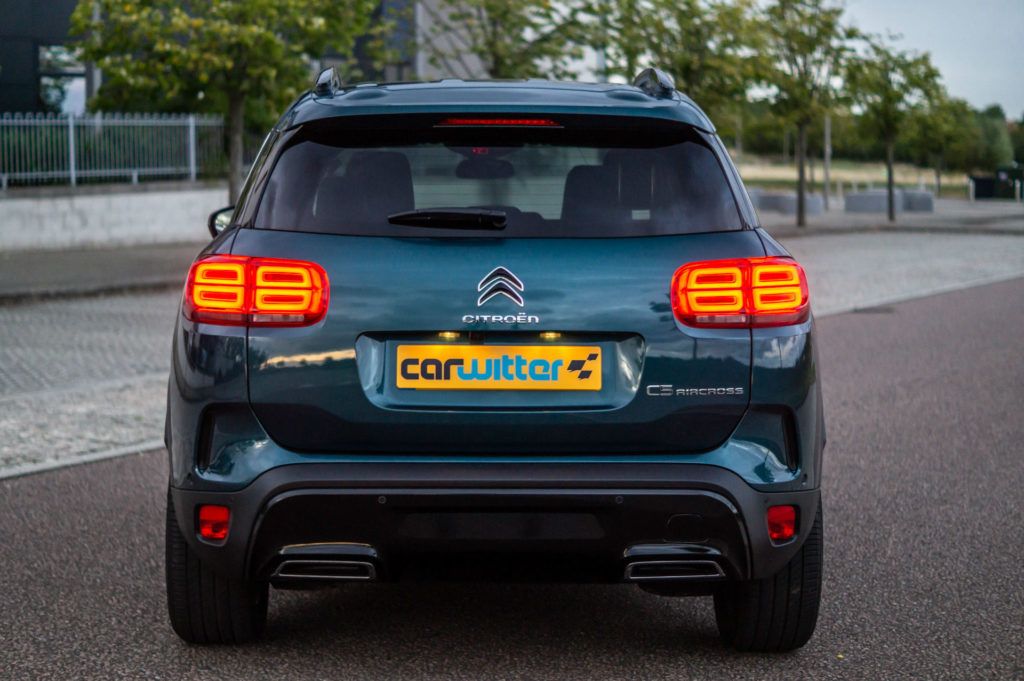 Power from the 2.0-litre diesel measures in at 174 BHP and a massive 400 Nm of torque, a 0-62 time of 8.6 seconds means the C5 is nippier than it looks, getting up to speed and pulling with ease no matter the pace. 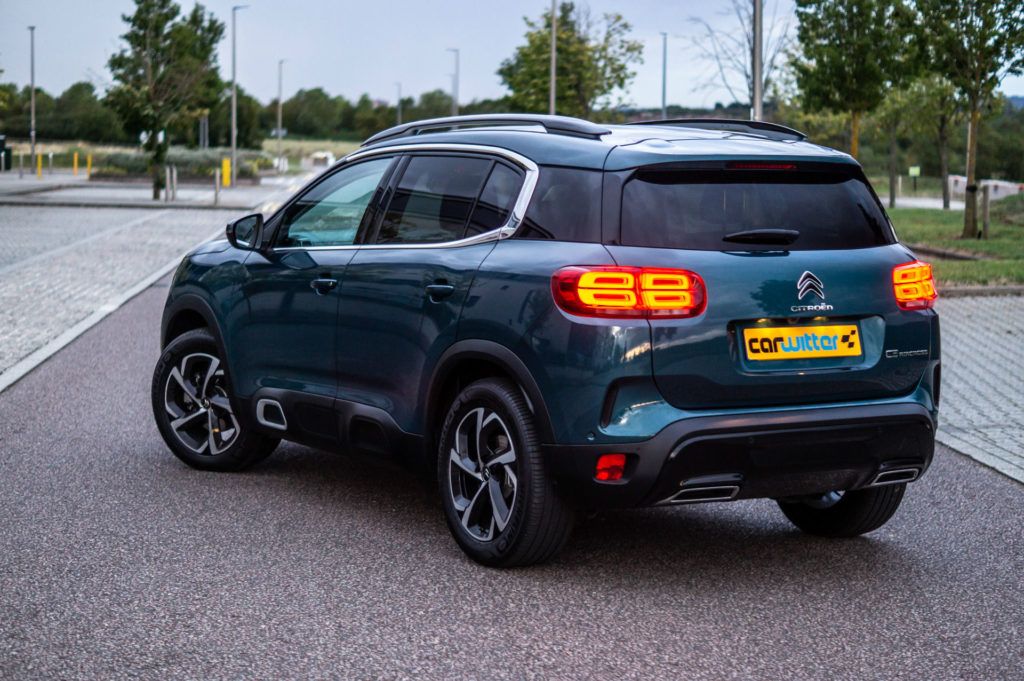 Space up front is almost cavernous, there’s tons of legroom, and you’re so far from your passenger they may as well be in another car. Above, there’s a large panoramic opening sunroof which keeps the svelte grey and black interior pretty well lit when open. 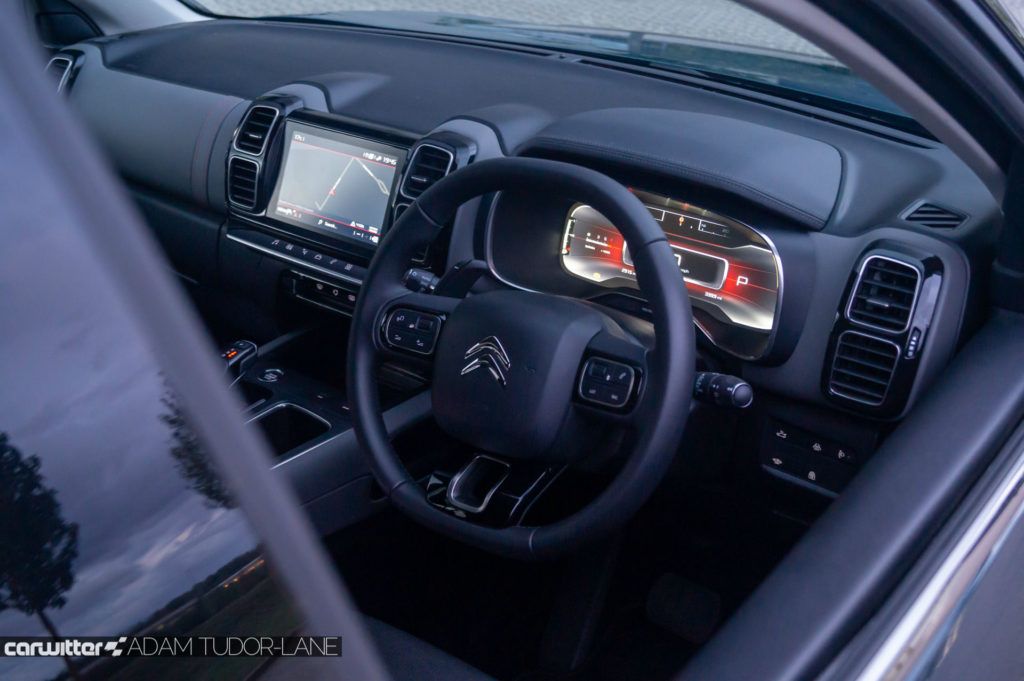 Rear seat space is equally ample when it comes to legroom, just watch your head though as that sunroof takes up a fair amount of depth.

You also don’t get seven seats here, just the five, which could be a deal-breaker depending on your needs.

Those rear seats do slide and tilt forward though, giving you anywhere from 580 litres to 720 of stowage capacity. We were able to fit four adults and enough luggage for a weekend away with ease. 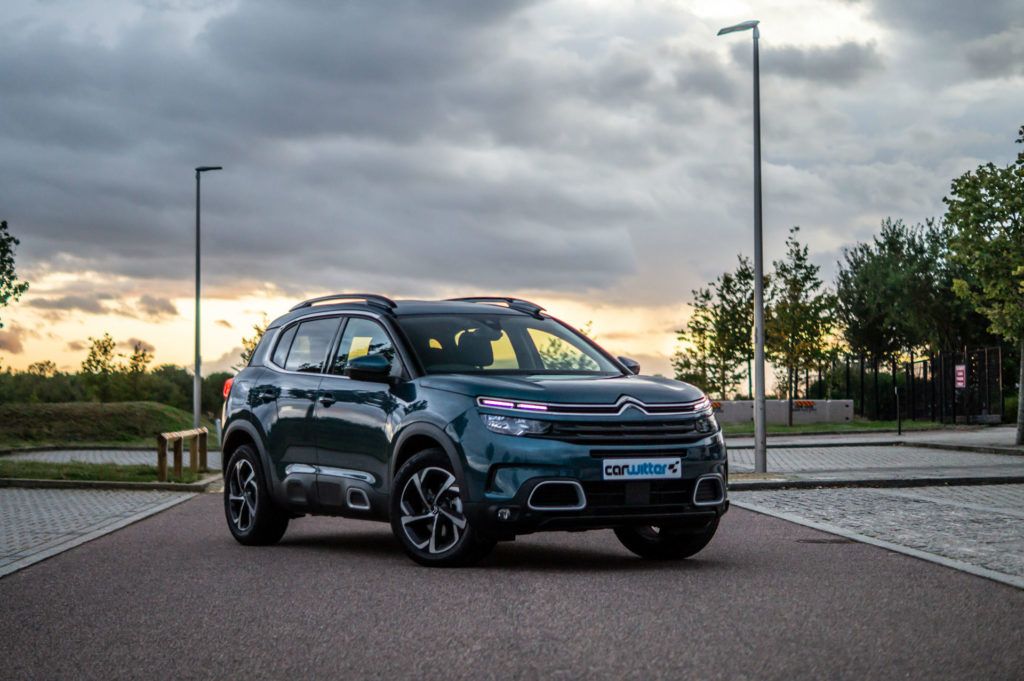 If you’re after a crossover/SUV with sumptuous ride quality, look no further. The C5 Aircross is the smoothest of the pack, able to cosset you in comfort over even the longest of jaunts up and down the country.

Kit is good from the very start, so while you can’t spec things like the hands-free tailgate that the range-topping ‘Flair Plus’ has, add the safety tech and reversing camera for £400, plus another £300 for keyless entry and you’ll save yourself a healthy wedge without losing out on too much. 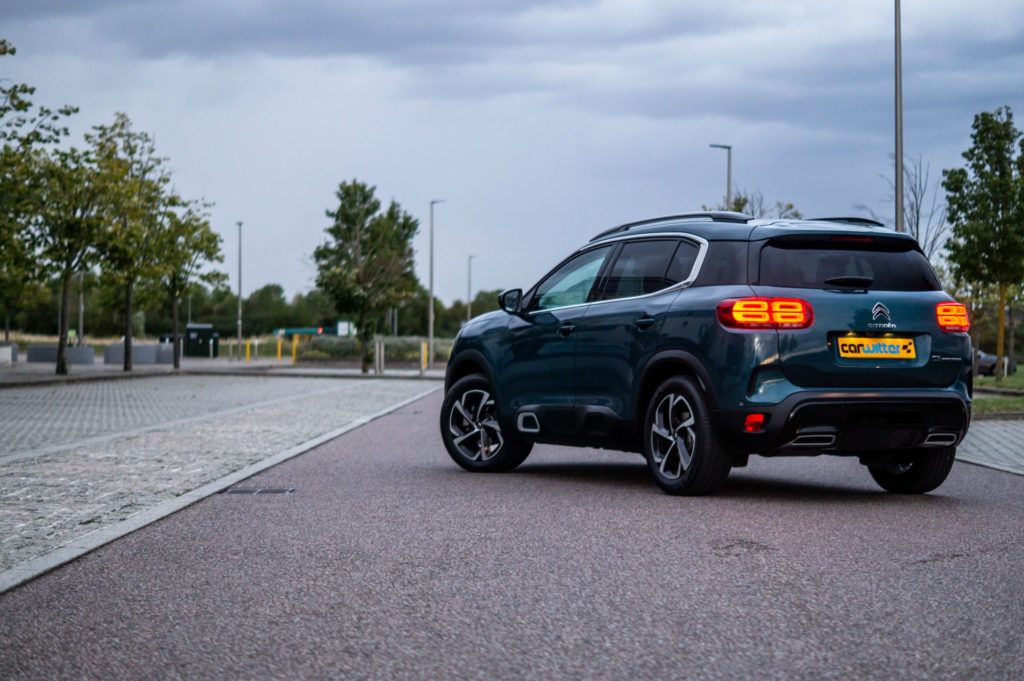 Don’t forget to stop and check your tyres occasionally

How To Prepare For Your First Driving Lesson