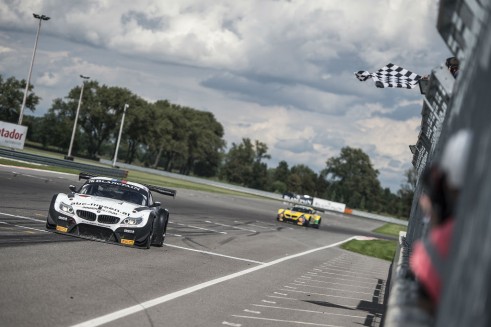 Thomas Jäger and Dominik Baumann handed Schubert their first Blancpain Sprint Series from the back of the grid after a stunning drive through the field in Slovakia.
The race began in chaotic fashion as three cars, including the title contending Grasser Lamborghini of Hari Proczyk and Jeroen Bleekemolen, were taken out at the first corner.
The pole sitting WRT Audi of Cesar Ramos fell back into the pack off the line, but the Brazilian, maybe trying too hard to make up for his poor getaway, braked late into turn one, making contact with his team mated triggering the incident that ended the race for Proczyk, Fabian Hamprecht and Mattheus Stumpf. 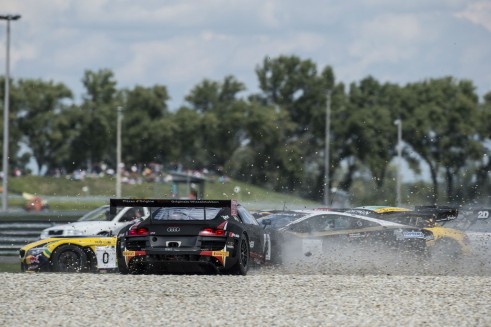 Just a few corners later the race lost another contender as the Sainteloc Audi of Niki Mayr-Melnhof crashed heavily. The grid was reduced to 14 when Alex Zanardi brought his injured Z4 into the pits at the end of the lap.
The first half of the race was dominated by the #84 HTP Mercedes, piloted by Nico Verdonk, sitting in for banned championship leader Max Buhk, and the Team Brazil BMW of Caca Bueno.
Bueno never dropped further than a second back from the SLS until he entered the pits, but the Mercedes superior performance in the second half of the also meant Bueno was frustrated.
Verdonk would pit first, the moment the window opened, as Bueno stayed out in an attempt to put in some quick laps and overcome the Germans. 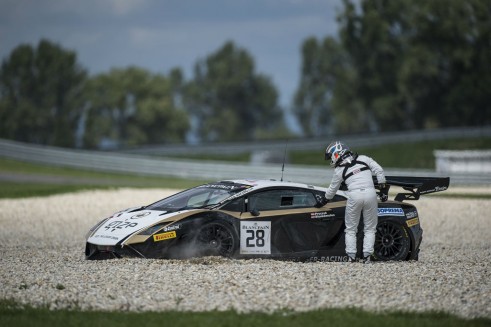 But his hard work was undone by a slow pit stop and the frustration of the Team Brazil crew showed as the #0 left the pits well down on the #84.
Behind them Jäger had moved from 19th to fifth by the end of the first lap, taking advantage of the misfortune of others to move ahead.
But his progress was stifled as he joined a long train fighting for fourth position throughout the first half hour. 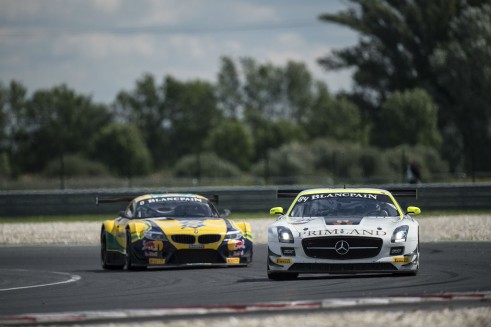 A stunning turnaround by the Schubert mechanics left Baumann third by the time he left the pits, but the battle for the lead remained a distant prospect.
As Bueno’s team mate Sergio Jimenez set about chasing, and finally passing, the clearly difficult SLS Baumann started eating into the gap.
By the time he caught Götz, who had lost the lead when he ran wide exiting the penultimate corner, Baumann was another three seconds down on the escaping #0. 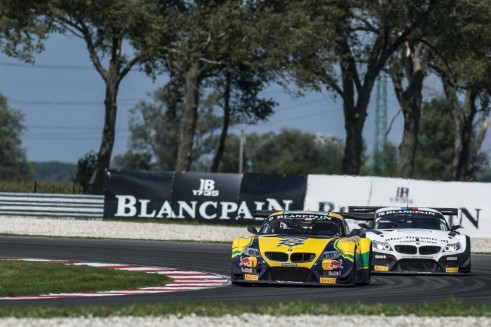 Showing the Brazilians how it was done Baumann made short work of Götz, powering alongside the German into turn six and passing him with ease.
Baumann’s charge wasn’t over, the Z4 had a clear pace advantage which its drivers would later attribute to correct tyre pressure choices.
He hunted down Jimenez and with eight minutes was right under the #0’s rear wing, looking for any opportunity to take the lead.
And take it he did, after waiting until the penultimate lap for Jimenez to finally show a weakness as the #0 appeared to slow suddenly and the #76 burst through. 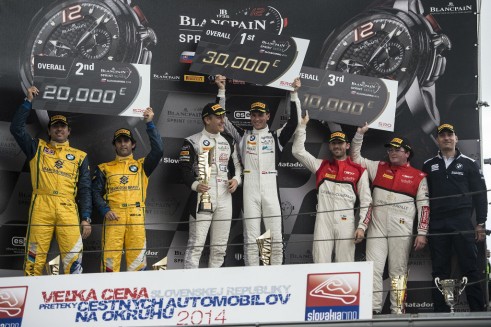 Behind the two Z4s, clearly the car to have around the twisty Slovakiaring, Götz would lose third, and potentially valuable championship points, to Rene Rast in the #2 WRT R8.
Following the first corner incident the clearly damaged #1 Audi of Ramos an Laurens Vanthoor crossed the line seventh. 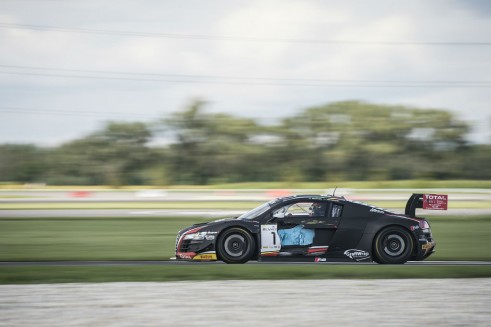 Lucas Wolf, Luca Stolz took Silver Cup victory for HTP in the #86, finishing fifth overall, four places clear of the second placed #4 car of Vincent Abril and Mateusz Lisowski.
The Pro-Am victory was taken by the Phoenix Racing R8 of Marc Basseng and Alessandro Latif who crossed the line seventh overall.
Ramos had taken victory in the qualifying race the day before in treacherous conditions.
The safety car saw action twice as cars slid off the sodden Tarmac before the race was red flagged after 28 minutes.
Ramos’s team mate Enzo Ide would lead the race entering the closing stages from the #1 and Proczyk in the Grasser Gallardo. 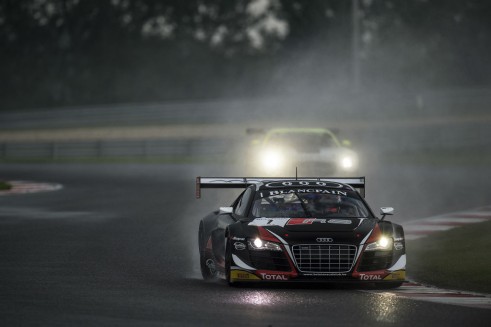 But Ide lost control of the WRT R8 and spun into the gravel and Ramos, Proczyk, Verdonck and a charging Vincent Abril would ease past.
The result means WRT’s lead at the top of the overall championship stands at 25 points over HTP, the also lead the Sprint series by six points over the Mercedes crew, with the unfortunate Grasser squad now 12 points adrift of HTP.
Max Buhk’s lead in the overall drivers championship is slashed after his ban, with Vanthoor now just five points back and teammate Max Götz another point behind.
Götz takes a commanding lead in the Sprint Series, using the weekend’s two races to put 16 points between himself and Buhk, who is in turn two points clear of Proczyk and Bleekemolen. 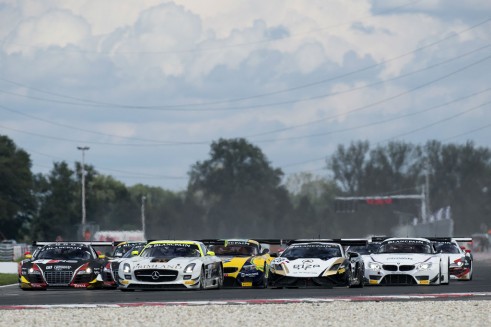 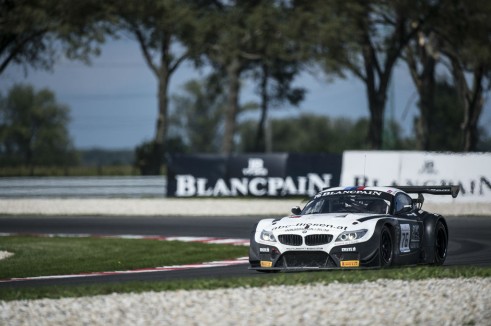