I’d like to meet the man responsible for putting a 2.0 litre turbo charged engine, coupled with Quattro all-wheel drive into a car the size of my shoe. I hope it’s one man in Ingolstadt that nobody really takes seriously, but occasionally he is let out from his mad invention room and someone takes a punt on one of his ideas.

No doubt that isn’t the case at all, but that’s what I’d like to think happens when I think of the Audi S1.

Priced at £30,840 our S1 test mule had a hefty £6,110 of options thrown at it. The numbers for a car this size are purely ridiculous. A £31k hatchback with practical space for two people. But in these heady days of car leasing the total cost doesn’t matter. 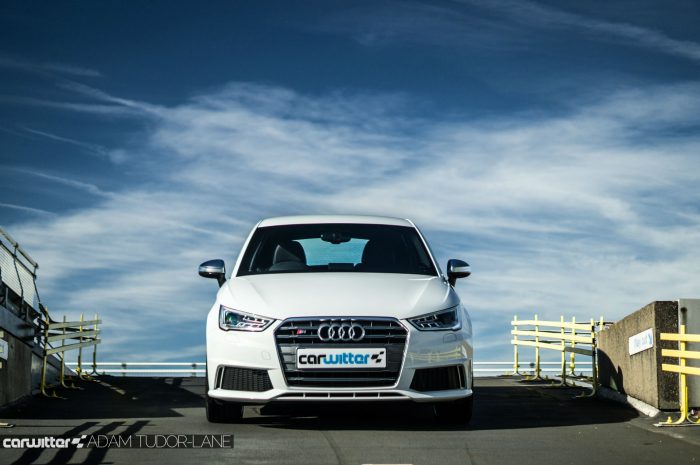 Until the RS1 comes out, the S1 is the daddy of the baby Audi range, and it looks it. I’m one for a car looking right, and this does.

Sitting low and wide the quad exhaust pipes look awesome, giving a subtle hint to whoever is behind that this ‘lil Audi means business. A deep rear spoiler casts a shadow over the top half of the back window. 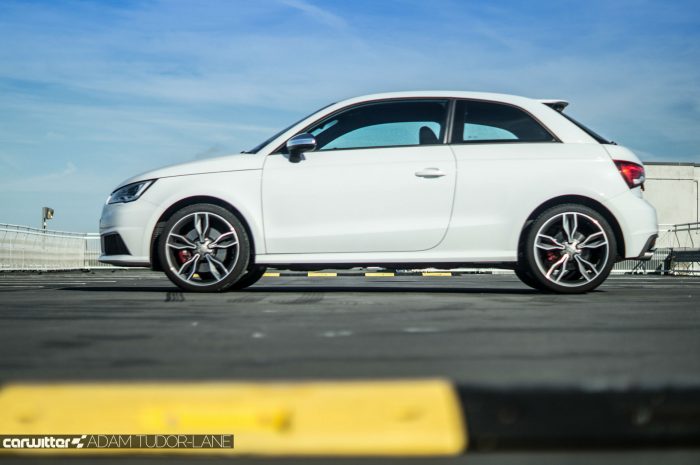 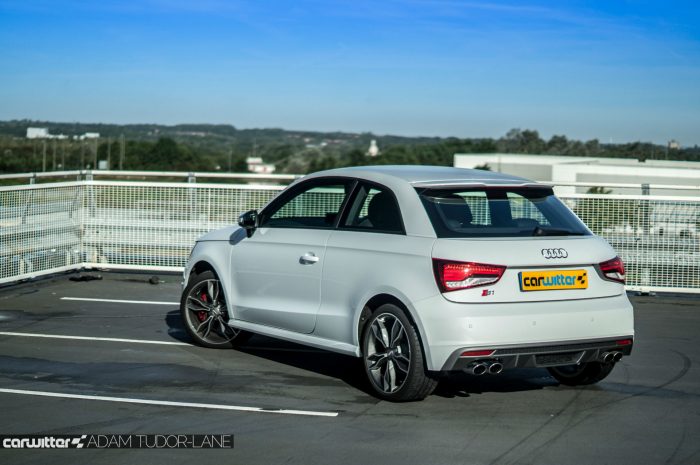 Up front you get a bespoke front bumper, with large side air intakes where the fog lights should be, but you can also opt for the ‘Quattro Styling Pack’ which adds an aluminium look spoiler at the front, red accents to the headlights, red calipers, a Quattro side logo, the optional alloys on our car and a larger split rear spoiler – all for another £1,245.

In our opinion the alloys weren’t that nice. Far too gappy for a car of this ilk, they should have been multispoked or similar to the stunning rims fitted to the A1 Quattro. 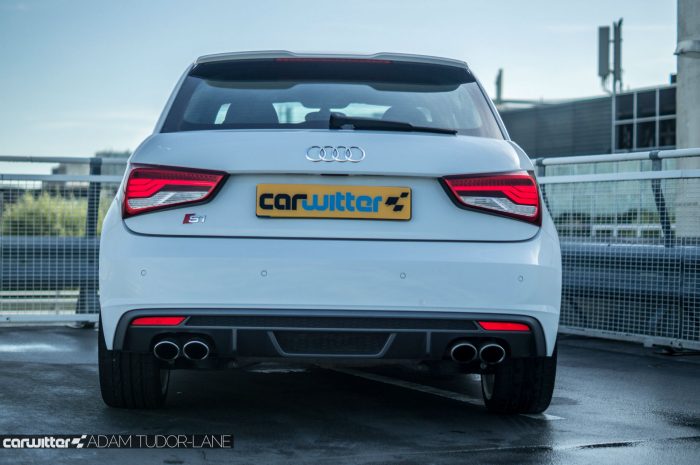 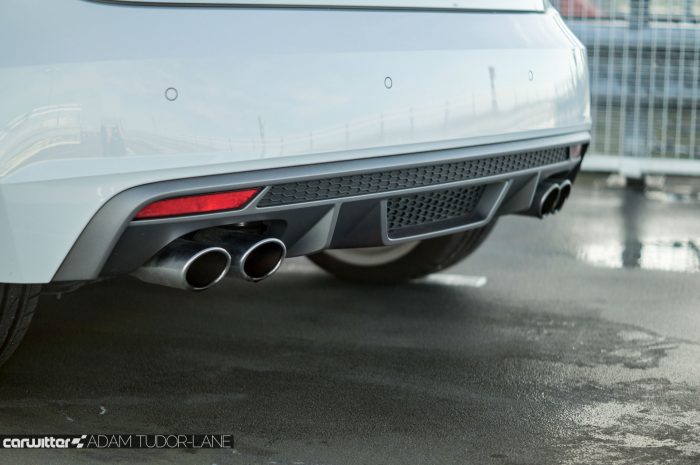 It’s a weapon. A tarmac terrorist. Point and shoot, it does it.

The power delivery is just sublime. This engine is normally fitted in much larger cars, in fact it’s the same lump from the Golf R, so it’s capable of far more power than it’s producing in this guise.

But the nice thing about it, is that it doesn’t feel too turbo’d at all. There’s no lag, but equally you can feel the meatiness of the torque in the right pedal. It just wants to go, and go, and go. All the way up to 155 MPH. 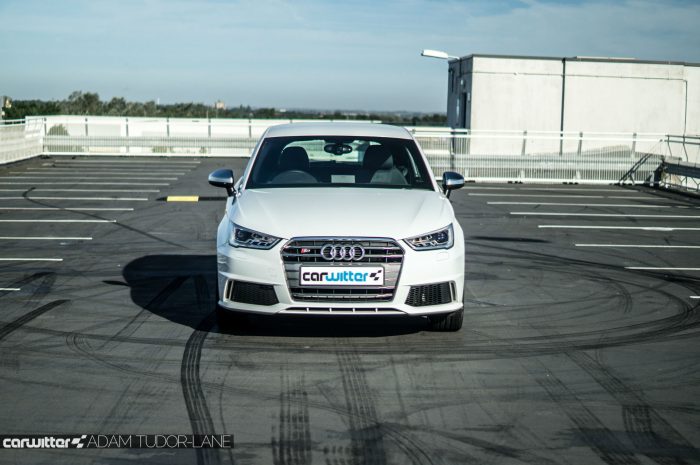 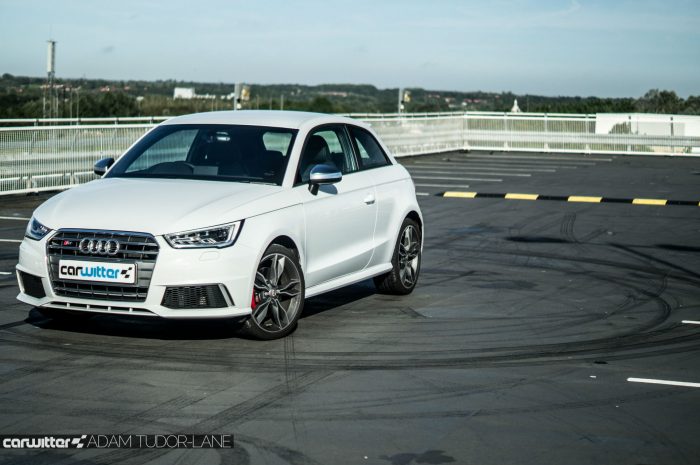 Grip is phenomenal, as it should be with all-wheel drive in a car this size. Cornering in the dry is almost limitless. When you try too hard the ESC keeps it all in line, but disable the electronic safety netting and you can pull four wheel drifts with ease. It’s an animal.

Naturally the ride is firm, not as stiff and crashy as I’d have thought. There’s still a decent amount of comfort to be had out of this pocket rocket. Steering is on point, no feel, but you get a good sense of where the front wheels are pointing. It’s direct and weights up nicely.

The four wheel drive system normally pushes all the power to the front wheels, but it can transfer up to half of those horses to the rear axle if needed. The ESC system also works to brake the inside of a rear wheel when cornering, clever stuff. 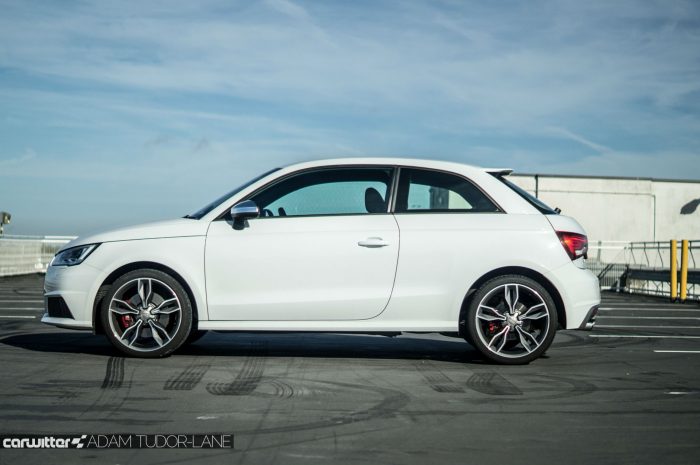 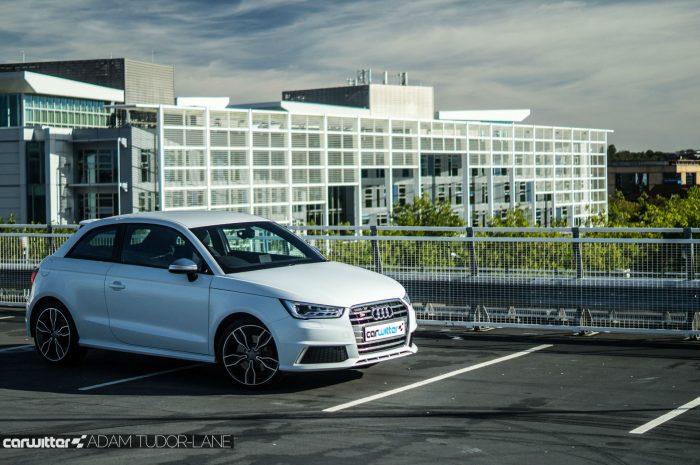 And, from a petrol head, purist sense, the ‘box is a manual. Short, precise shifts are the order of the day and it’s great to see the much loved S-Tronic is missing on the options list.

But…the RS1 is rumoured to be just around the corner. A last hurrah of the first gen A1. It will have around 280 BHP, uprated styling and no doubt be even crazier money. However, this engine can easily do that in its current form.

A Stage 1 remap will get the S1 to 305 BHP, that’s over a 70 BHP increase, that’s like strapping a 1.0 litre Vauxhall Corsa onto your car, and without doubt the route I would go down as soon as I could. That would drop the 0-62 considerably to around 3.9 seconds in some cases. 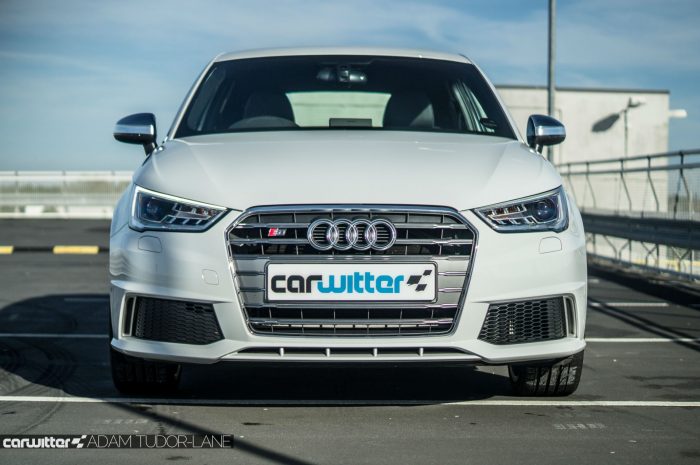 On the inside it’s all very nice and Audi. Looking a little dated now, compared to the all-new ‘Virtual Dash’ that is now coming of age. The buttons are all tactile, the leather is nice and the infotainment is well laid out.

Our car didn’t have the £600 S-Sports seats, nor the £1,695 Quattro Interior styling package. So it was a little mainstream, but a nice place to be.

The Bose upgrade is well worth the money, with the sound being rich, clear and deep. 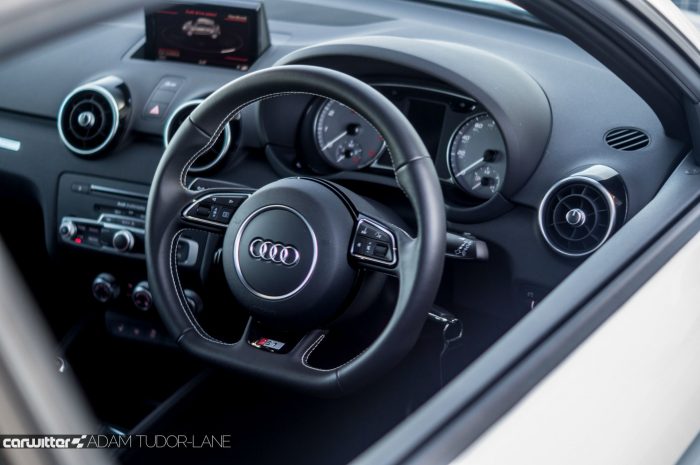 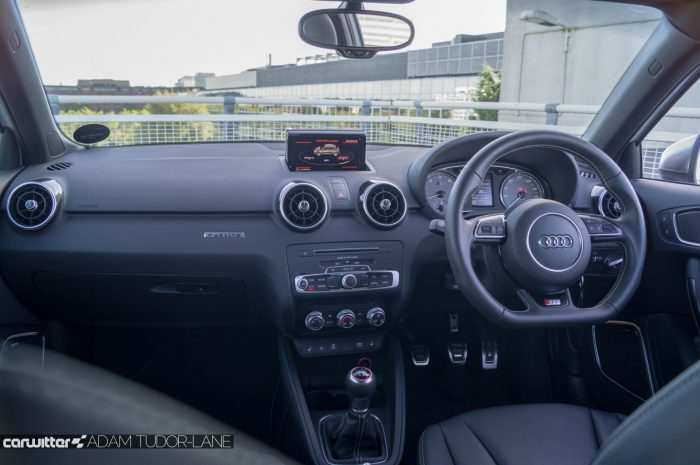 As a hot hatch fan, the S1 ticks every single box. It just looks right, which is a big tick. But the blistering performance, awesome driveability all coupled together in such a small package make it incredible.

It really feels like an over-engined, old school hot hatch.

Ultimately the price kills it though. For that money you could have a second hand 2013 BMW M3 and you can even pick up a used Nissan GT-R at just a few grand more.

The amount of S1’s for sale on the second hand market shows what a rare beast they are, I’ll buy one…in ten year’s time. 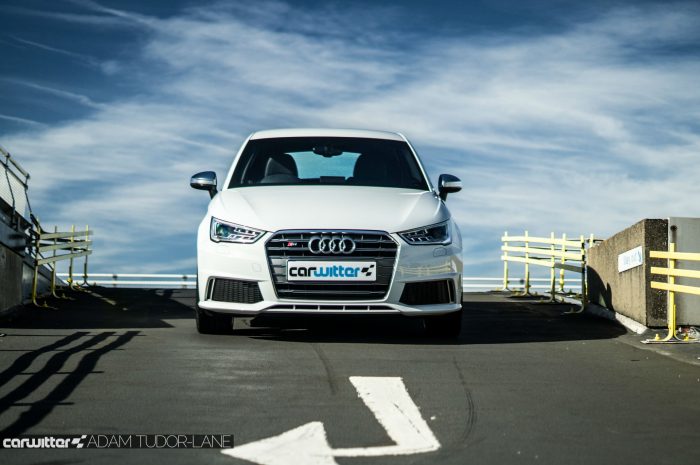 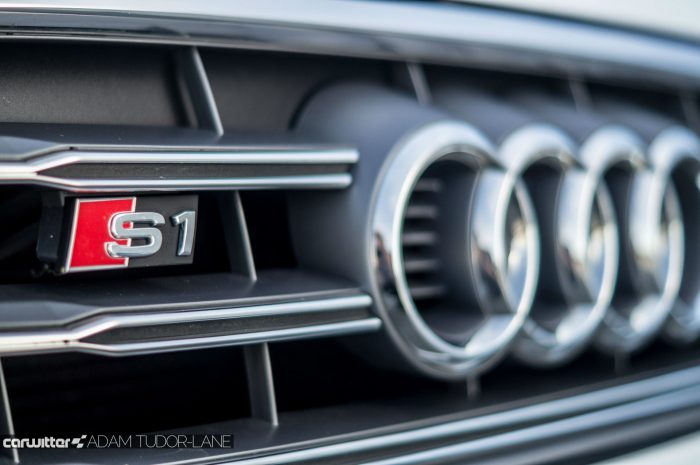 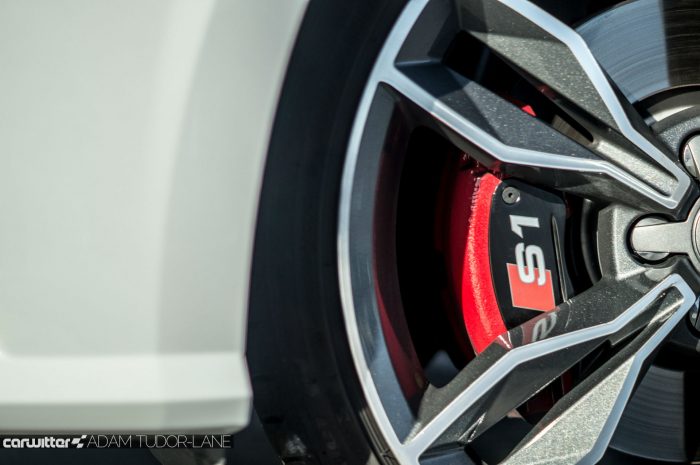 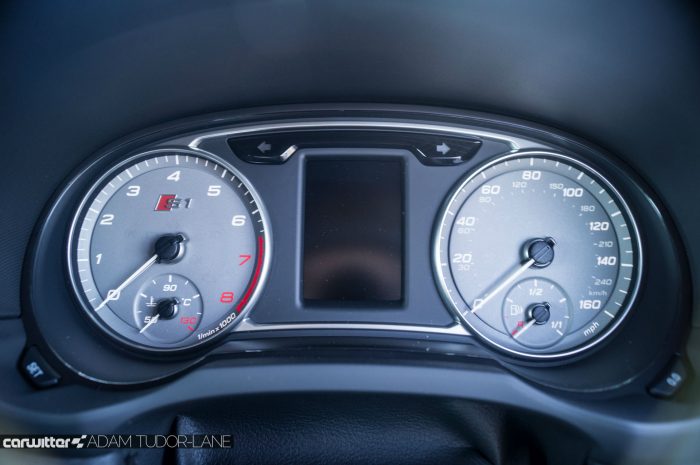 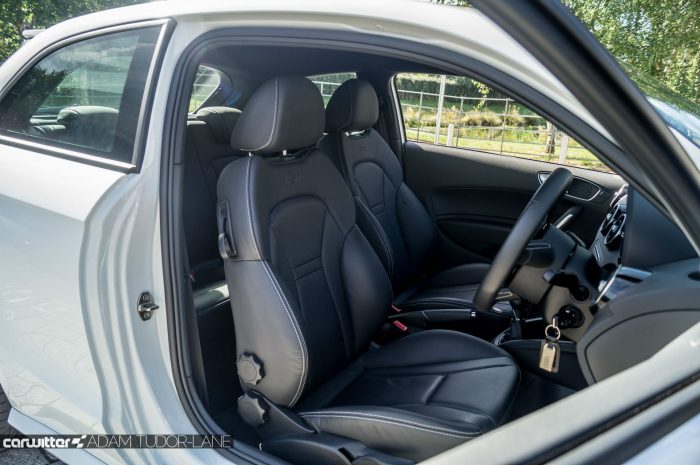 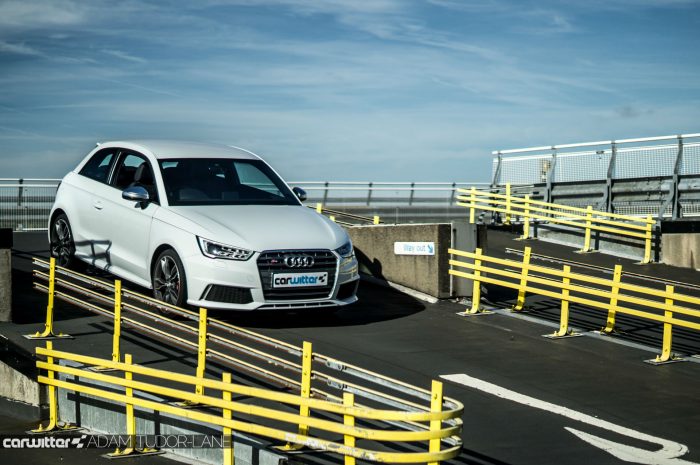