The story of Alfas 4C has been a troubled one. Not behind closed factory gates; the concept and its development turned out to be a somewhat straightforward process compared to some awkward performance forays in recent years (Lexus LFA).

The 4C has had a difficult public life; accruing both critical acclaim from some and jolly good slating from others. Even to my mind the bug eyed little sports car seemed a little unfinished and without that extra dose of desirability. 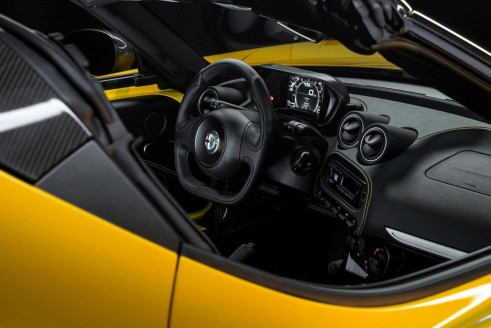 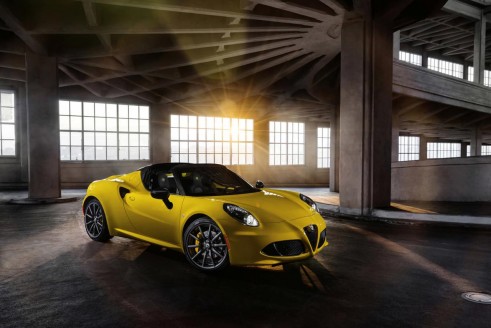 Int terms of aesthetics, at least, the 4C has come out fighting.. and topless. The Spider version seems to shed all of the awkwardness. New specs up front (those carbon cages were one of the most difficult automotive styling oddities of the last couple of years), a raised roof and lovely new wheels, also courtesy of the 8C, that have just a touch more glamour about them.

New carbon clad intakes on the side and a perkier aero lip at the back complete the update leaving the 4C Spider an altogether more accomplished expensive object to behold. As it should be. The coupe was a steep ask financially for a car with a ‘mere’ turbocharged four cylinder engine (albeit with 237 bhp)- which the Spider retains.

My only complaint is that the lovely centrally mounted Akrapovic system from the 4C Spider Concept appears to have been omitted. I hold out hope for its presence on the options list. 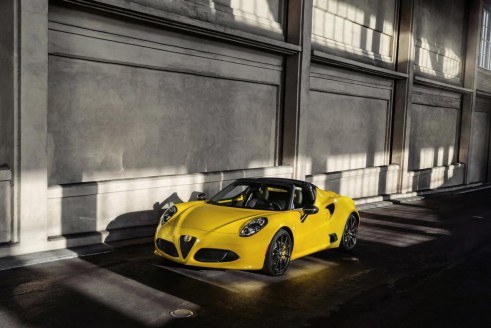 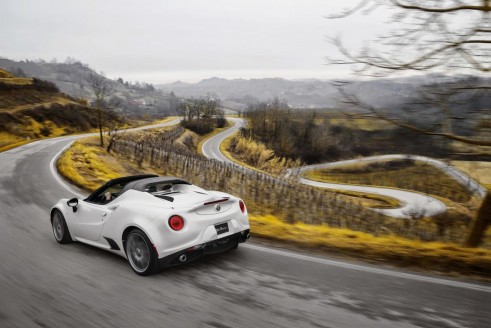 In terms of performance- a subject of much debate amongst critics- little, in theory, should change. The 4Cs revolutionary carbon tub has lent much ease to the development of an open top, given that little modifications if any at all need to be made to the platform for the transition.

As a result structural rigidity should remain resolute, little other componentry has seen change thus, likely, leaving the Spider similar to drive for those familiar with the 4C Coupe. 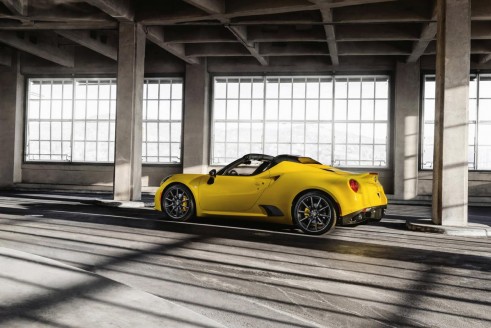 If you want to see it in the flesh you’ll have to make your way to Detroit post haste, or wait for its appearance in showrooms sometime in the late summer.