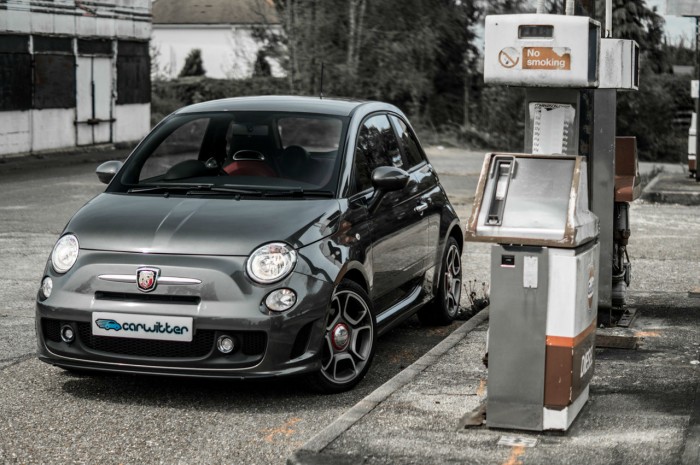 Fiat’s Abarth 500 has been around since 2009, it has always been regarded as an absolute hoot and after attending the launch of the 695 Biposto last year we had to have a go in the standard…more affordable Abarth. 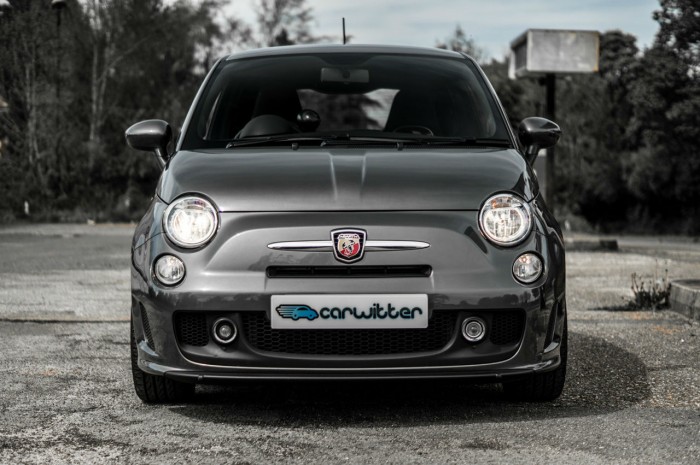 It looks good, it’s one of those cars that looks slightly awkward purely due to its high stance, but the Abarth touches make it look far more purposeful. 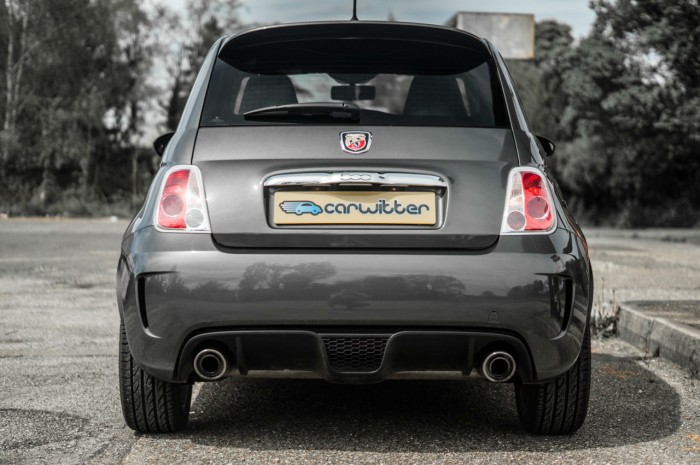 Firing up the little 1.4 turbo engine for the first time and you are met with a rather tasty little rumble from those rear pipes. Feather the throttle a few times and you will get a nice pop and crackle, unfortunately you rarely hear this once in motion but it adds to the whole ambiance of the car. 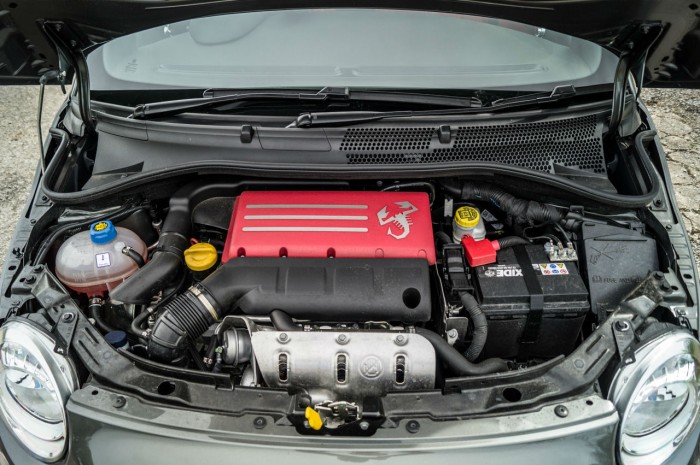 We can confirm that the 500 is an absolute hoot. 7.9 seconds isn’t exactly rapid compared to other hot hatches these days but in a car this size and weight it feels a hell of a lot faster.

You can easily blat your way through traffic in the city, make that overtake safely and generally have a lot of fun in this little pocket rocket. 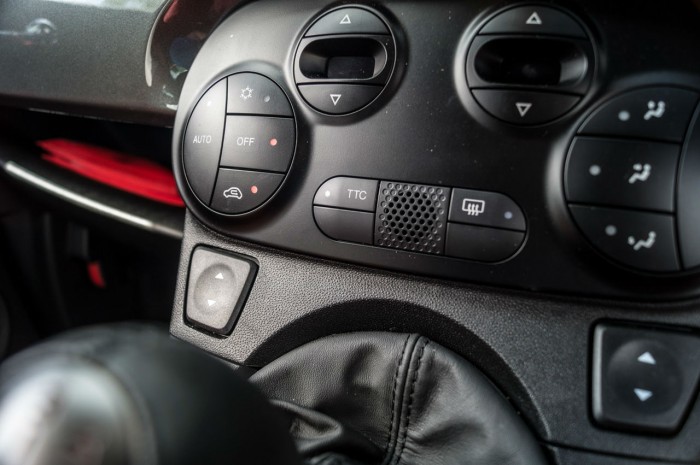 Engaging the TTC basically gives you a pseudo limited slip differential. It’s a feature of the Bosh 8.1 ESP system. When TTC is pressed it stops the inside wheel from spinning up in a corner by braking just that wheel to slow down its rotation.

It works very, very well. Engage it and plant your foot coming out of an apex, wow. It really does grip well, allowing you to power through without any ESP cutting power and ruining the momentum. It’s a shame the button cannot be switched on by default, there’s really no need for it to be turned off. 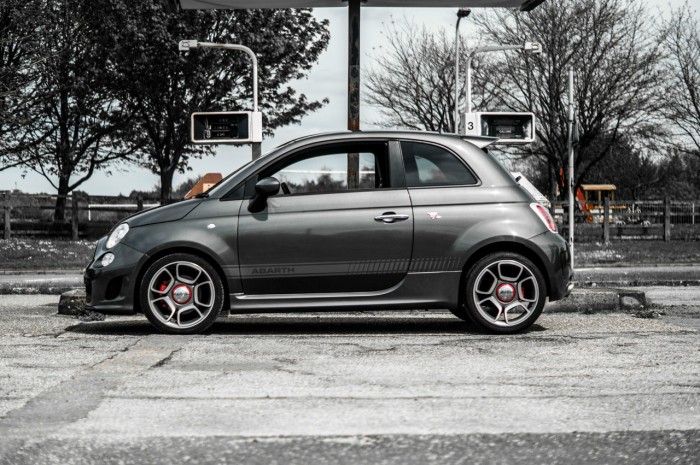 Cornering isn’t the most confidence inspiring. The little Abarth hangs in there fine, but the upright stature of the 500 means it does feel a little top heavy and you can get a bit of lean when it feels like it’s getting onto the sidewalls. 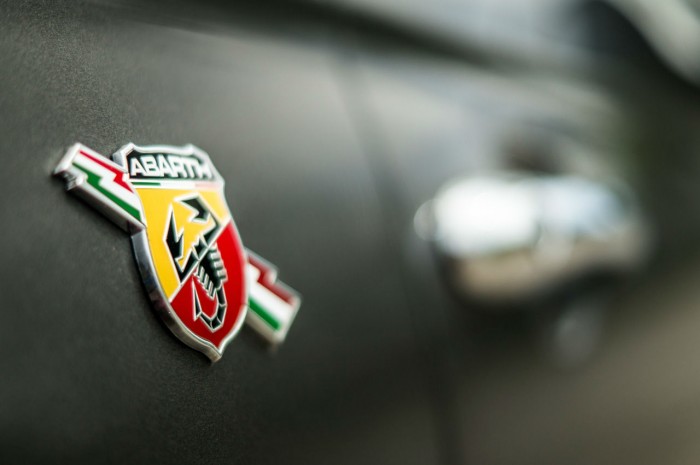 Due to the cars short wheelbase it can also get unsettled over smaller bumps and undulations that wouldn’t trouble your average sized hatch. Pushing along on a B road it can get a little hairy when the Abarth skips over a series of bumps, the back end goes very light but can be caught easily enough. 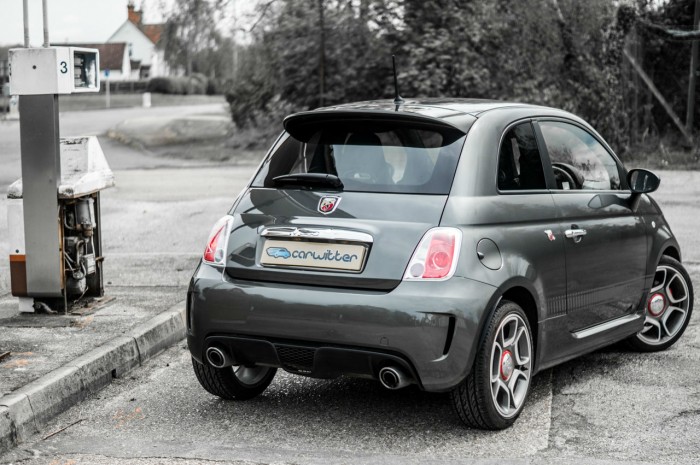 Left foot braking through some twisties the brakes always felt responsive and sharp – after all it is a very light car. 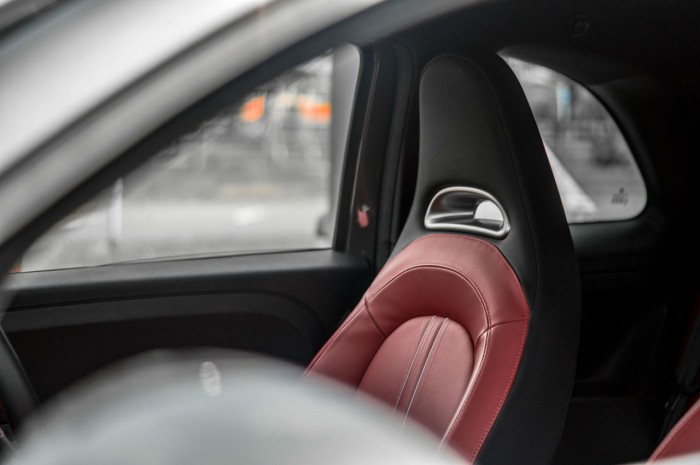 Inside the Abarth 500 you get a very nice set of red and black leather bucket seats. They give the interior more sporting potential than the bog standard 500 jobbies.

Your driving position is a bit more perched on than sat in, and some more angle and reach on the wheel would have been good. But you get used to it quick enough. 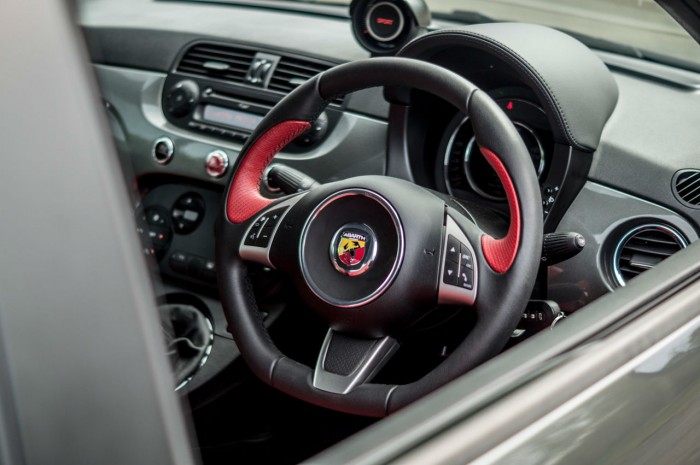 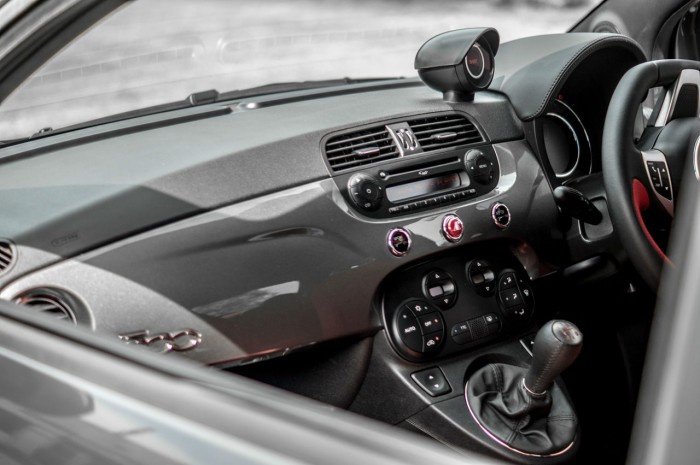 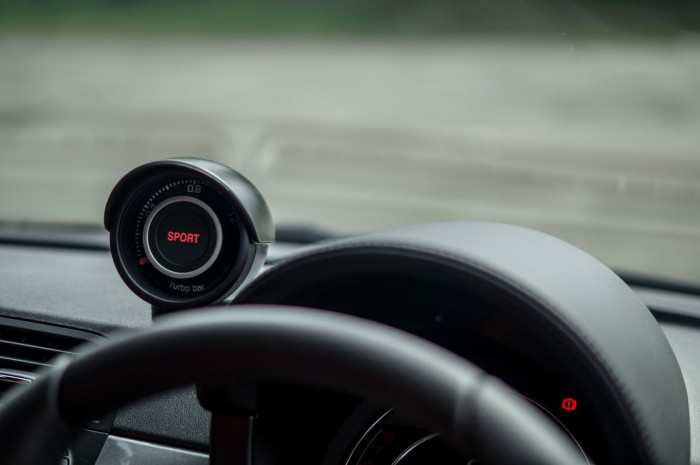 Red door trims, and an Abarth badge on the steering wheel are where the sporty touches end, apart from a boost gauge sprouting out of the dash. 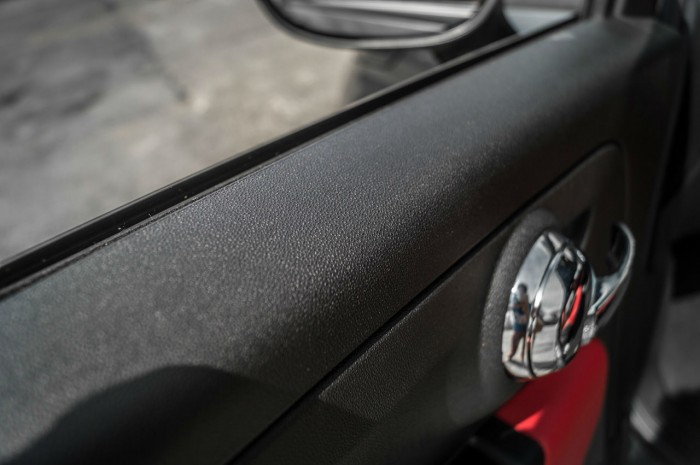 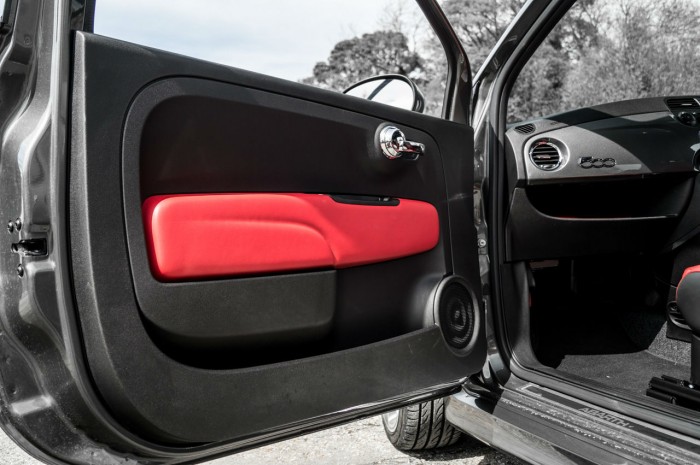 The rest of the interior is a little bit of a disappointment as it is all very plasticy. Hard, scratchy plastic that just looks cheap. It’s everywhere.

It’s a massive shame as it really does lower the tone on the interior. Switch gear is average on the whole, the next track button on the steering wheel needs the press of Geoff Capes to get it to recognise any sort of input though. 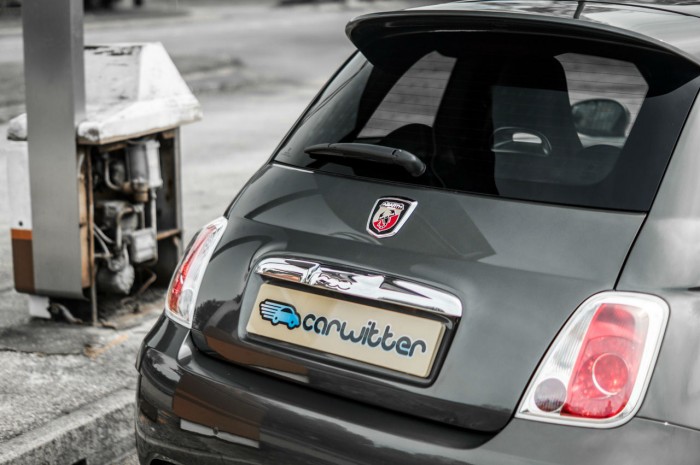 Boot space is very limited, but what do you expect in a car this size?! Rear seats are best forgotten about or used very occasionally for very short journeys.

If you want a nippy little city car that you can have a bit of fun in the Abarth 500 should be high up on the list. There are very few cars of this size that can pack this much performance under the bonnet. Yes the power may not be as much as comparable, bigger hot hatches but the 500 makes up for this due to its light weight.

Yes you will get numerous people try and race you in it, and yes it can easily keep up with a SEAT Leon FR! 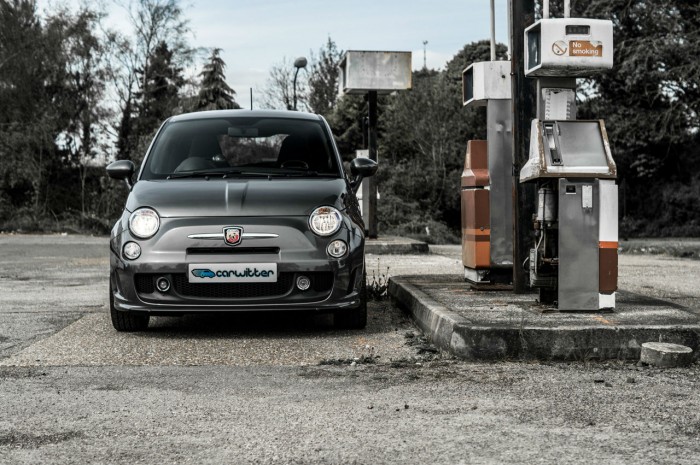 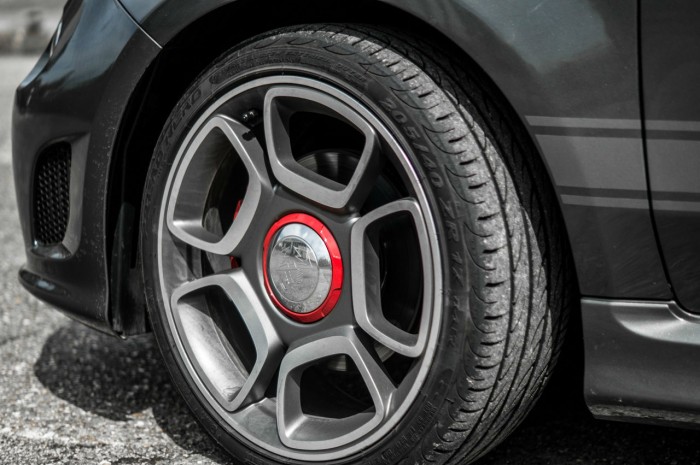 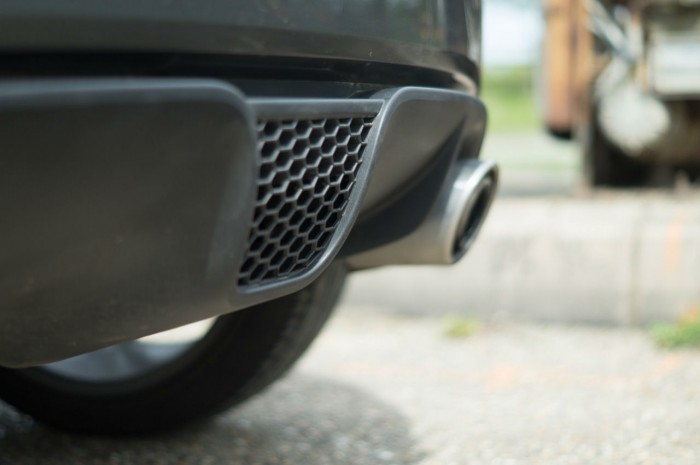 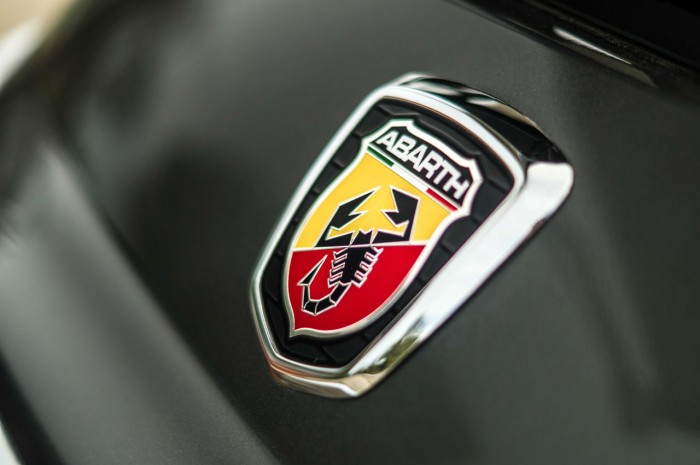