A brief history of the Toyota Land Cruiser

Some four wheel drive fans will argue the Land Rover was the first off-road, go-anywhere vehicle.

However, around the same time the Land Rover was making tracks, Toyota was creating their own off-road vehicle. This 4WD would become world famous for off-road driving – the Land Cruiser.

The Toyota Land Cruiser is known for its reliability and durability. It is Toyota’s longest running model. Over the years, it has become increasingly popular. This is particularly true in Australia, where it is regularly tested on the tough and extreme Outback landscape.

Of course, the look of the model has changed over the years. However, the practicality and functionality is based on the same principles. 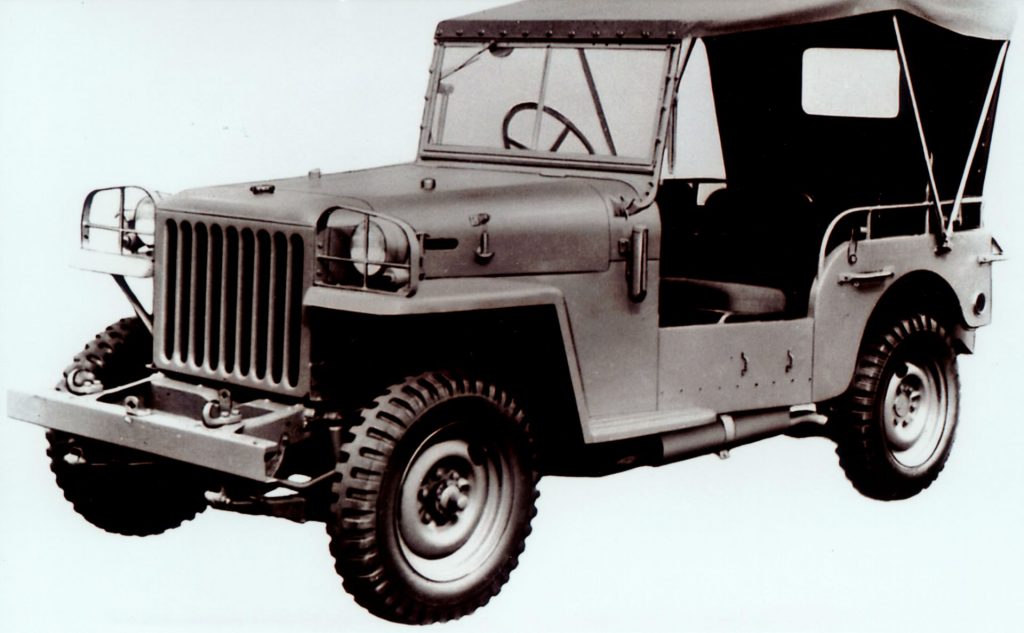 If you’re after a reliable and durable car that can withstand harsh conditions, look no further. And if the price is still a little steep, you can always check out second-hand models on sites like Gumtree.

Beginnings Of The Toyota Land Cruiser

Toyota was contracted to build a mobility vehicle for Japan’s National Police Reserve way back in 1951 – only a little later than the Land Rover.

During the first Korean war, the US were still occupying Japan. The US could see the south would be quickly overrun, if they didn’t intervene. But the US Army needed vehicles, and lots of them. Toyota ended up receiving a large purchase order for a four-wheeled vehicle based upon the Willys Jeep design.

The only issue was they had to be built and sourced from domestic raw materials. Toyota knew what they were doing though. After all, they’d been supplying the Japanese Army with trucks since 1940. 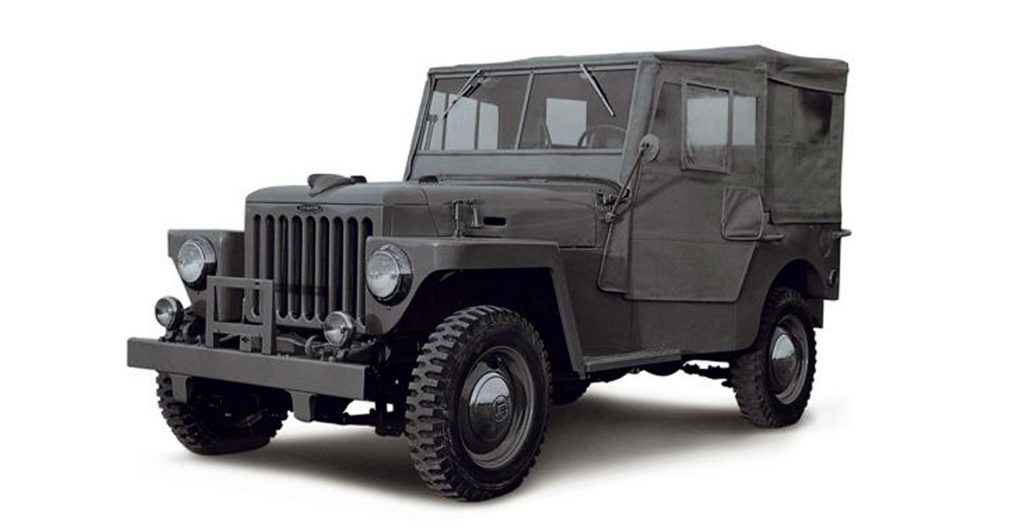 The war was won…sort of. In 1951, Toyota fielded a mish-mash of car and truck parts to the Japanese Police. Sadly, the police went with Mitsubishi’s design, leaving Toyota out in the cold. However, Toyota saw potential in the new all-wheel drive machine they’d created, and sought to find their own customers.

Firstly, it was renamed the BJ, standing for B Series engine and jeep. Then, as with any pioneering new vehicles, a set of challenges were given to the BJ. These included routes that were only accomplishable by foot or on horseback.

Up first was the climb to the Shinto temple on Mount Atago. Then, the old pilgrim’s route up to the sixth station on Mount Fuji. Both climbs were successful, and so Toyota replaced Mitsubishi in becoming the lead supplier for the Japanese Police.

The Land Cruiser Is Born

Civilian production would start in 1953, but before that came the development of the BJ platform. A fire truck, mobile communications vehicle, touring liaison, and two types of pickup were also created. This made the Toyota jeep a truly unique proposition. Government agencies saw this and placed orders for various models.

It wasn’t until 1954 that the great Land Cruiser name arrived. In 1955, the Land Cruiser was also exported to Pakistan and Saudi Arabia. The name was growing. 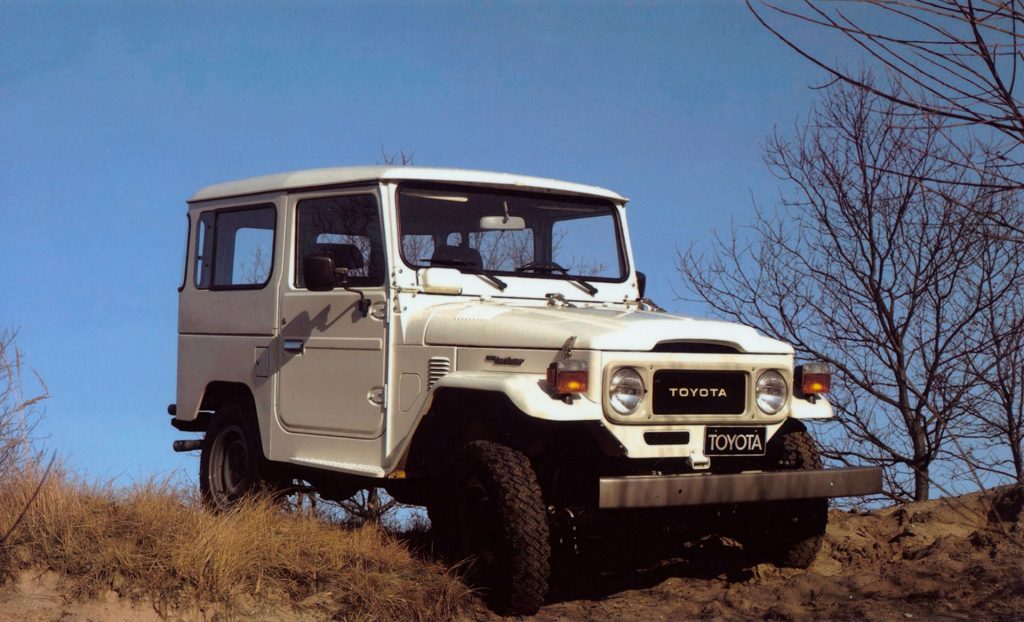 1960 revealed the iconic Land Cruiser look, that we know so well. Square wheel arches and a long flat bonnet gave it new proportions that can be seen to this day.

The 1980’s saw an even more relatable look with the 60 series. This included integrated front wings and a larger front grille.

Jumping forward, the 100 series was launched in 1998. This design was more evolution than revolution, with soft exterior tweaks. It still sat up to 10 people, but rear seat passengers gained an ample 70mm of extra legroom.

Additionally, independent front suspension was added, to keep the Land Cruiser ahead of its competition for on-road ability. The 100 series also packed a ton of technology for the time, such as adjustable ride height, electric brake force distribution, and multi stage shock absorbers.

Furthermore, for the first time in history, a big 4.7 litre V8 petrol was added. 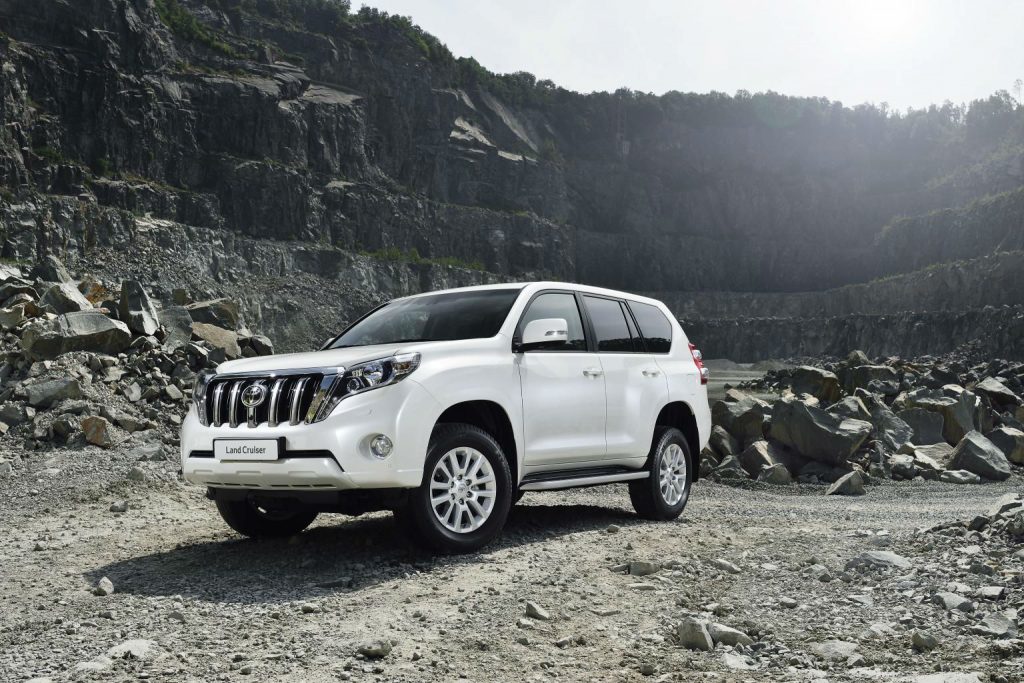 And now we come to the latest iteration of the Land Cruiser. Dubbed the 200 series, it’s been in production since 2008. A replacement has been put off, but it’s due for renewal in the next few years.

The most popular engine is the 4.5 litre twin turbo V8 diesel. This Land Cruiser’s engine is even bigger, measuring in at 300mm longer and 55mm wider than the old model.

Overall, the Land Cruiser has had its share of facelifts over time – both inside and out.

However, it’s still renowned for its off-road, go-anywhere capabilities…just as the original Toyota Jeep was way back in the 50’s. 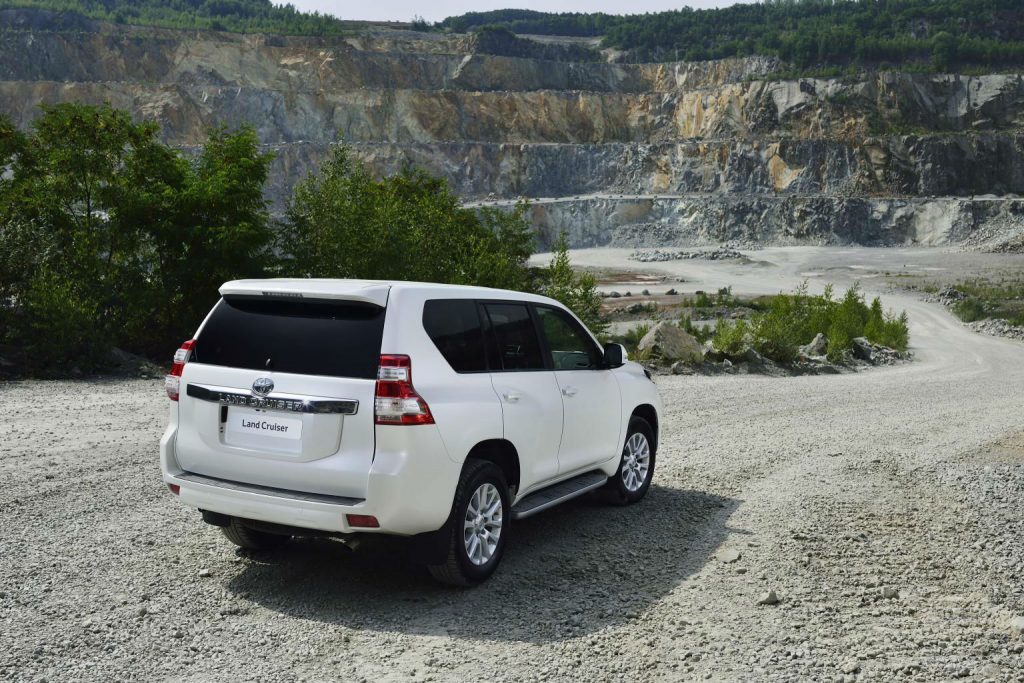