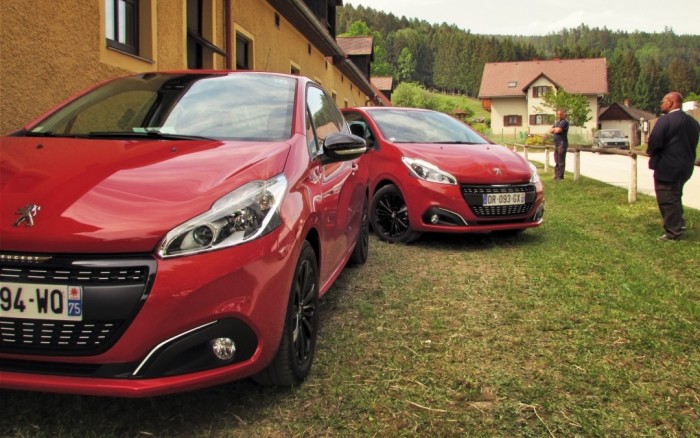 The 208 has been an unrelenting success for Peugeot since its release in 2012.

In light of that the release of a facelift not three years hence seems a bit hasty, does it not?

The refresh cycle is typically three to four years for most mainstream manufacturers but the 208 just doesn’t seem like it needed it: quite the testament to the original.

Styling is of course subjective, but to my eyes both inside and out there is a high quality brand of semi-minimalist typically French chic that the 208 lauds over its chubbier predecessors and its rivals with enviable class, and that appears evolved and developed further in this update. 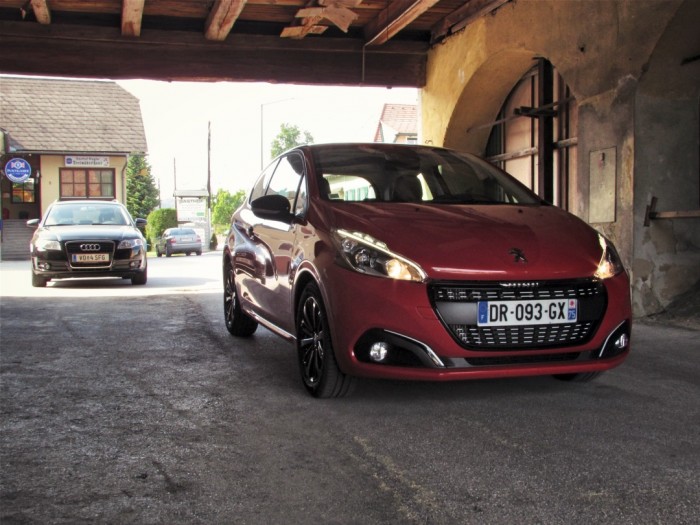 It is, admittedly, a relatively subtle visual update.

There are a few new shapes on the front bumper, a toned down use of chrome, new wheels, new hues to wrap the subtly re-honed body (including a “revolutionary” textured paint- no word yet on how it takes to pigeon guano) and some updated graphics for the lights which include the definitive more upmarket “claws” at the back.

It’s a success, I would say. 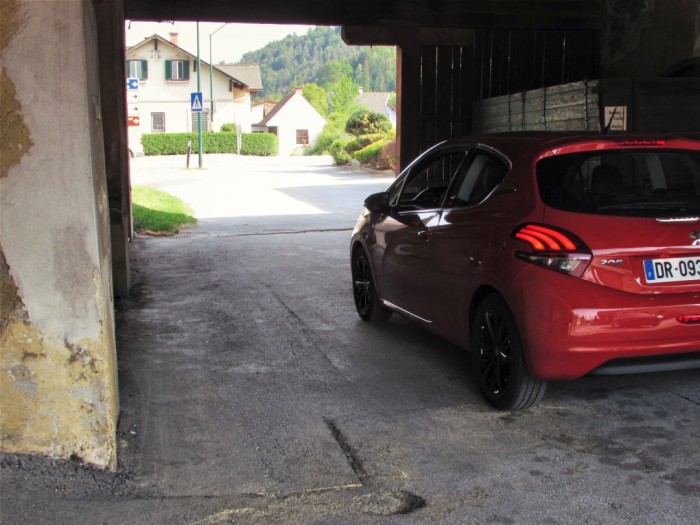 Some of the awkward stubbiness that many critiqued it for back in 2012 has been smoothed out in favour of a more modular design ethos that sits neater alongside the 108 and 308.

It does also look just that little bit more expensive than what you might expect of a cutesy french supermini.

On the inside its a similar story with the steering wheel now trimmed in full grain leather across the range and a solid build feel remaining as atypical of a French product as ever. 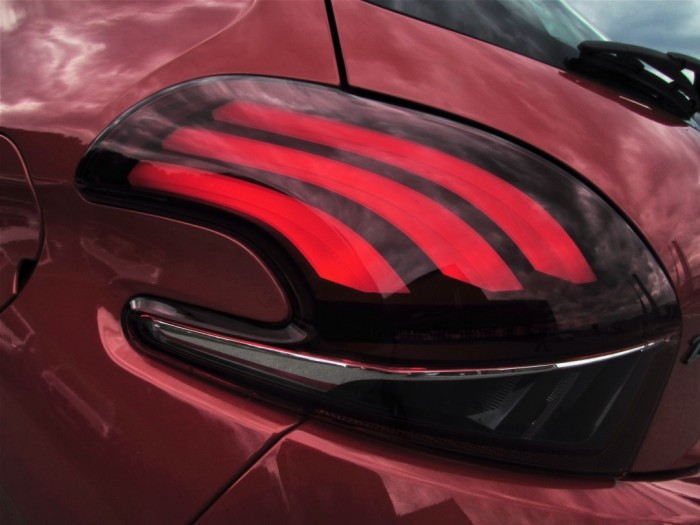 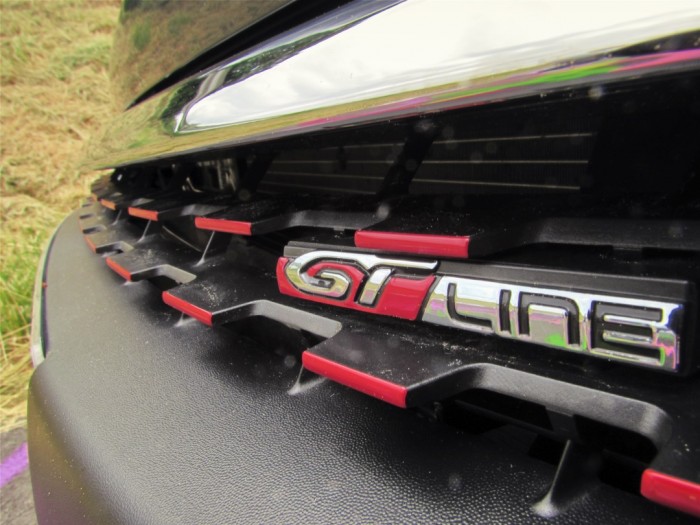 The new GT Line specification adds a “cherry on the cake” for the lineup (excluding the GTi), and comes with new to-the-facelift reversing cameras, City Brake system which will brake for you at speeds below 20mph (important to remember that last bit) and an overall updated “iCockpit” media interface.

An app that mirrors your android phone on the 8 inch touch screen is now available and Apple Carplay will be along soon as well.

The reversing Camera worked fabulously but at first seemed a strange convenience on a B segment car. Before long it felt natural and I grew to be appreciative given the girth of some of this new generation of small cars. All of these new trinkets are optionally available from the base active trim. 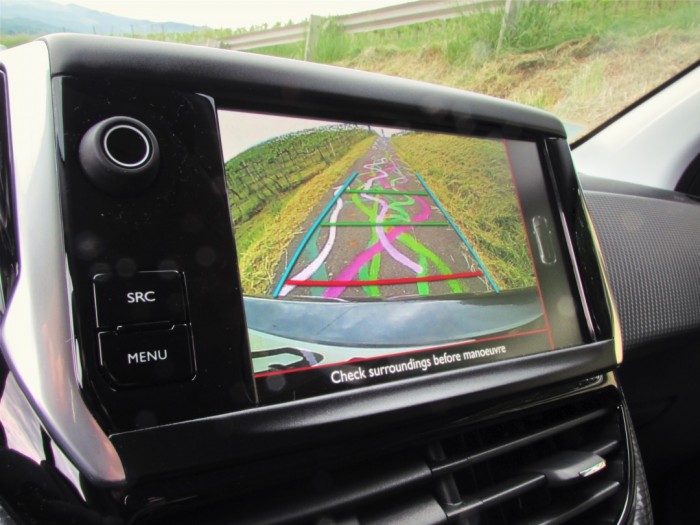 The steering, brakes and body control were neither exemplary or particularly jarring.

The lightweight rack was good for ease of control at low speeds but the GT Line trimmed vehicle we tried first felt a bit aloof at high speeds (not something repeated by the lower spec petrol we tried later).

In the twisties they were all a relatively good fun steer from our limited exploration of the cars dynamism although the tight blind Austrian switchbacks inspired little confidence to push further. 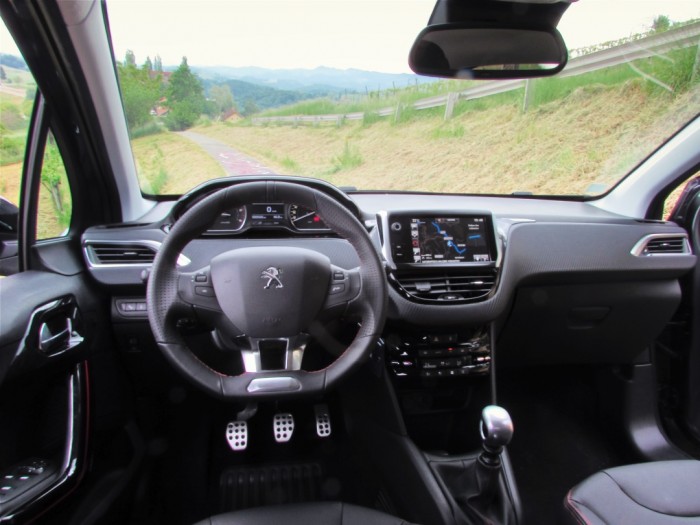 The seeds of a good performing chassis are identifiably sown in the standard 208 and undoubtedly more fully explored in the GTi model.

The petrol 110 and EAT6 automatic gearbox was an awkward pairing in the GT Line trimmed car. A lack of torque left the slightly dim witted transmission scrabbling for the right gears when not on a smooth motorway jaunt.

It was especially jarred by the voluptuous dipping and diving of the Styrian B roads where inclines and declines placed varying demands on the drivetrain for torque and the gusto to hold a gear that the petrol simply didn’t have.

The 6 speed manual in the 120bhp diesel seemed somewhat a mismatch too.

It may well have possessed the lightest clutch I have ever operated which is excellent for the feebly legged of their target audience, but in our hilly Austrian test environment getting used to it and operating it to a level of comfortability for the diesel engine was arduous. 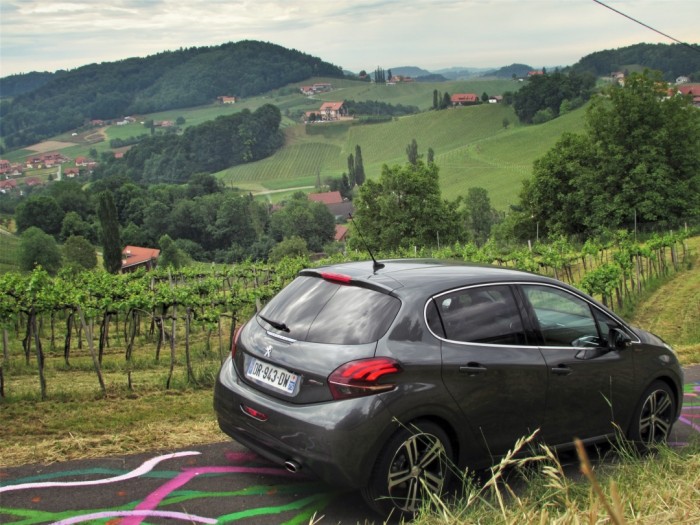 At one point when parked down a decorated path for some photography I tried reversing out back up the hill. The clutch provided no sensation of bite or any indication of grip/slip transition. I was utterly blind.

Several stalls later I gave up and drove out the other side.

I’m sure with time that slim margin for error will give way to a more progressive drive, but I just never got along with it.

The auto seemed like a much better match for the torquier BlueHDI whose added grunt should allow better purchase over each gear.

By happy contrast the basic petrol matched well with the five speed manual transmission and the simpler non GTi inspired shifter felt nicer to operate, too.

Spec the 208 right and you will have a diligent little city car from mile 1. Petrol/Manual and Diesel/Auto are our recommended combinations. 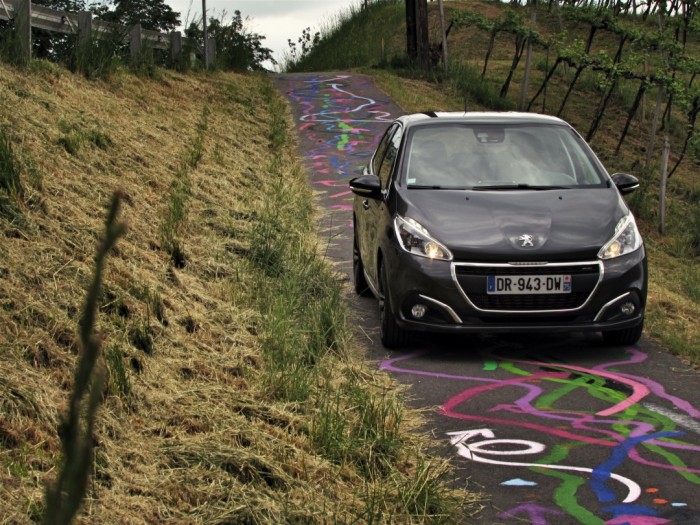 That there is already an incremental update shows that Peugeot are serious about keeping their product sharp and maintaining its showroom versatility: contrast to the Ford Fiesta which has been around in its current, albeit face-lifted generation since 2008.

For a sense of perspective, the 207 had been out for less time than the 208 has now at that point.

The one to beat for us however is the Mazda 2 providing a superb driving experience, interesting styling, outstanding power trains and a well appointed and equipped interior.

The 208 is priced competitively starting at around £12,000 in access trim and topping out at £18,000 for GT Line. The Corsa can however be found similarly equipped for around £1000 less at any given level.

We spectacularly failed at going for the 141 mpg record efficiency achievement but weren’t too upset seeing numbers between 40 and 80 with motorway and mixed driving.

This facelift although somewhat minor at first glance brings a real extra layer of finesse to a car that was already a quantum leap on from its predecessor. 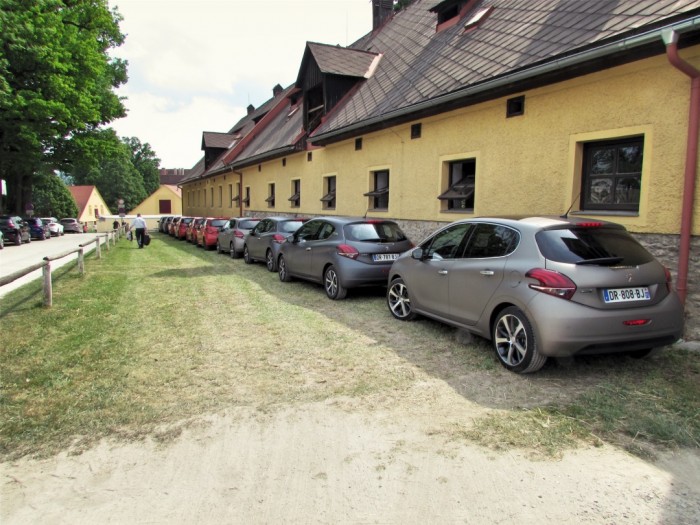 The fact that Peugeot are pursuing a more premium image with its products was already a good thing, and now the 208 has slipped seamlessly into its higher quality new robes.

It still pulls off that very rare trick of being aesthetically interesting without being over styled whilst carrying over and reimagining the best bits of its quintessential Peugeot supermini DNA.

As a place to be it is more satisfying that the majority of its rivals, and puts up a fight on the road too.

The Fiesta and Mazda 2 are somewhat more engaging drives and the Corsa gives more toys for less outlay but for desirability this just about trumps them all. It seems to pull off the chiselled French minimalism renaissance more effortlessly than the Clio, too.

A welcome refresh for a car that at first didn’t seem to need it, but is now undeniably all the better for it. 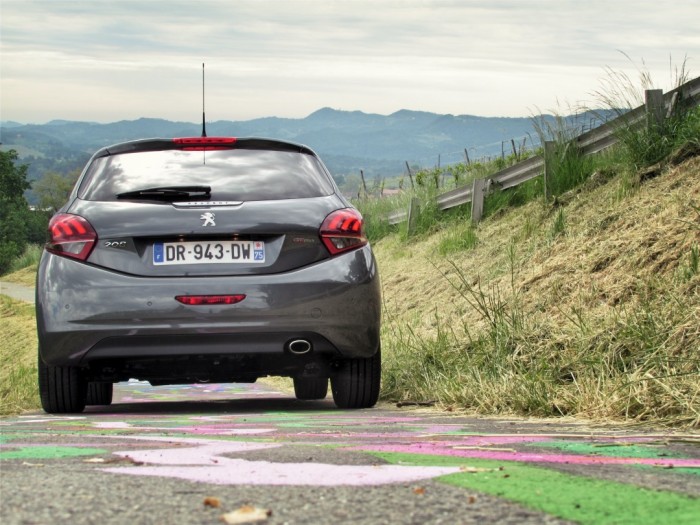