Mitsubishi launched the ASX back in 2010, it was their first stab at the ever growing crossover market.  It had a minor facelift in 2012 to beef up the front looks, but 5 years on how well does it stack up against the more modern competition?

Looks wise the ASX takes on the Evo X appearance, with a large trapezoid grille and bold headlamps.

Low down DRL’s keep everything looking fresh, whilst at the rear a spoiler goes well with tinted three quarter glass. 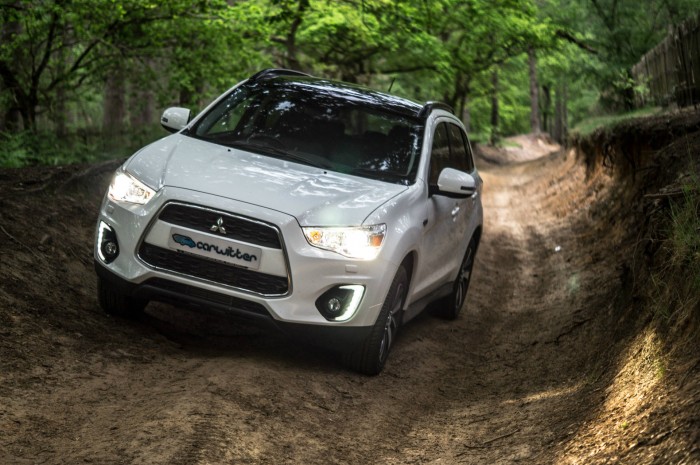 All those newton meters mean the ASX pulls well right through the rev band, at any speed it accelerates well and cruising on motorways is a smooth experience. Wind noise can get a bit intrusive at those higher speeds due to the large mirrors, and if you allow the revs to stray toward the top end you do find some intrusion into the cabin. 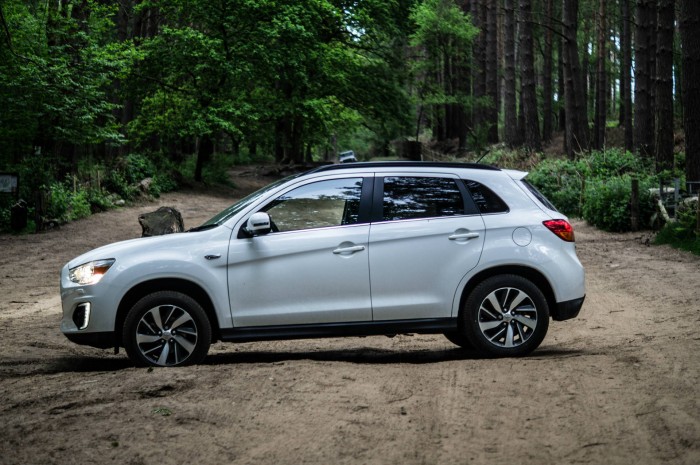 Ride and handling is very good, especially at this price point. Lumps and bumps are taken with aplomb, cornering reveals a little body roll but overall in keeping with this type of vehicle.

You can opt for the ASX as a front wheel drive only, and to be honest that is probably the model most people will go for. But seeing as we had the 4WD version we found our nearest suitable green lane to see what the ASX could do.

Deep sand on standard road tyres was not a problem, the ASX easily found grip and ploughed on through to the more challenging muddy inclines. 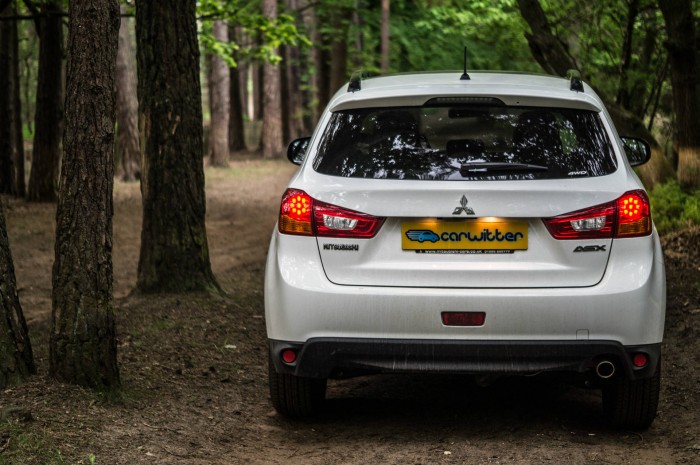 Taking the Mitsubishi over some ruts, exposed rocks and tree roots ground clearance wasn’t an issue, moving onto some of the slippery more muddy routes; again the ASX gripped and kept us moving forward, even flooring it through the deeper sections was not an issue. 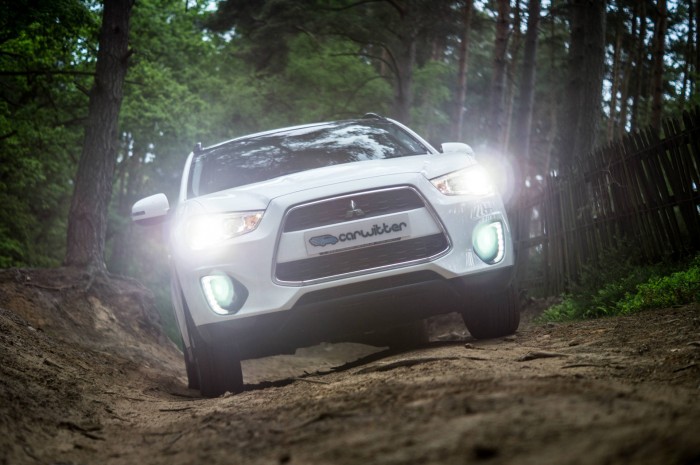 Inside is where the ASX probably feels most dated. It has a basic, well set up dash, but the plastics are a tad hard and scratchy throughout. Most likened to a Suzuki in terms of quality it is functional enough and a decent place to be, just done expect VW levels of comfort here. 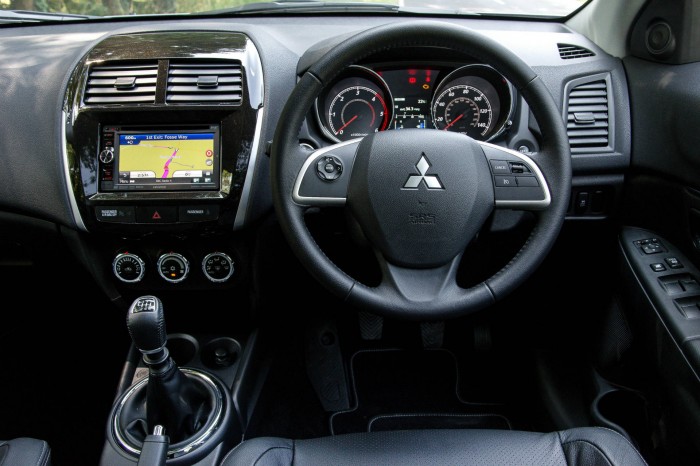 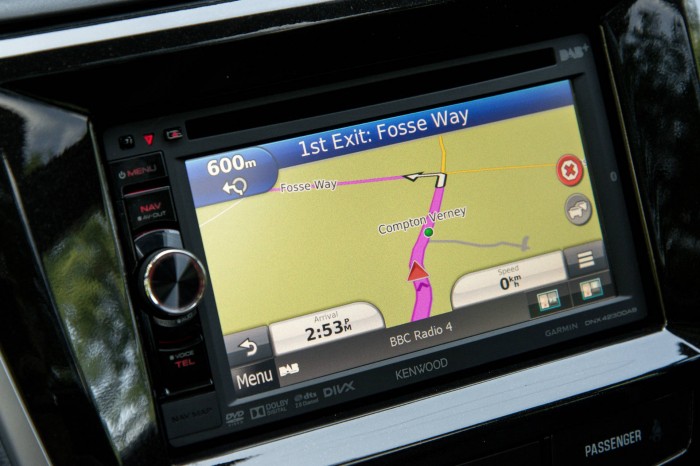 The infotainment is handled well by a dual din Kenwood unit, it has all the usual functions, Sat Nav, Bluetooth, USB, iPod etc.

Our test car had the leather interior with heated seats, but you feel as though you sit on them rather than in them, with little support on either side which was a shame. 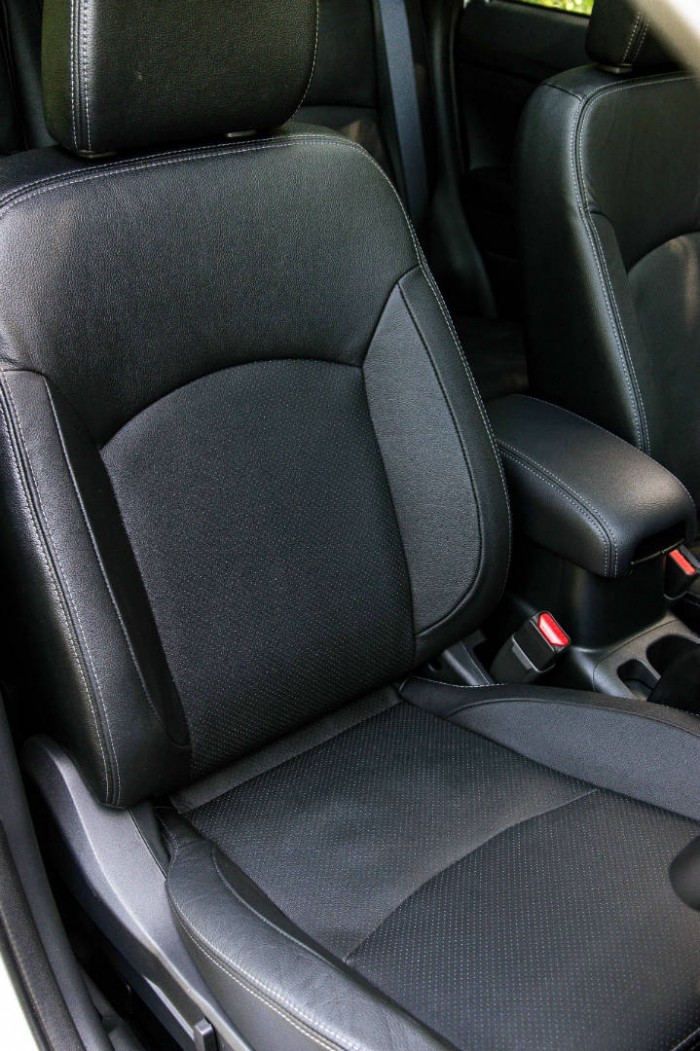 Rear seat headroom is good despite the slightly sloping rear roofline, but leg room could be a bit cramped for an adult. The rear seating is also fairly flat and featureless, more bench like than we would like.

Boot space is 442 litres, which is slightly bigger than average, this expands to 1,193 when the rear seats are folded down. 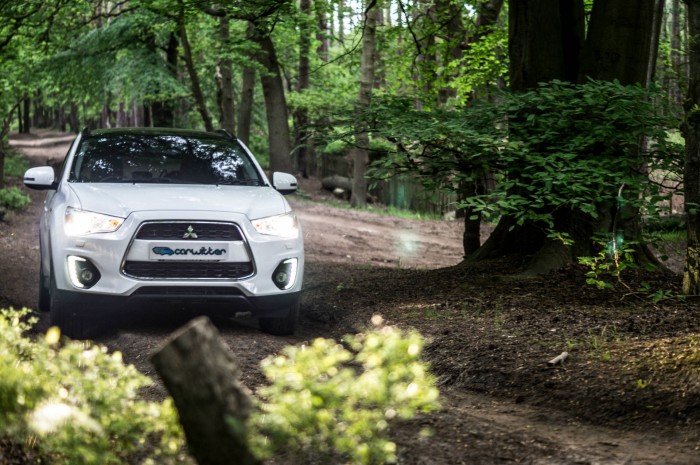 Mitsubishi’s ASX is definitely a bargain, especially with a starting price of £15,249. That is a lot of crossover for your money. It is also one of the few crossovers still offering 4WD abilities with decent ground clearance, latest Qashqai, we’re looking at you here!

The interior is most definitely showing its age nowadays. It’s a decent enough place to be but get into the competition and you will see it has been rather left behind. 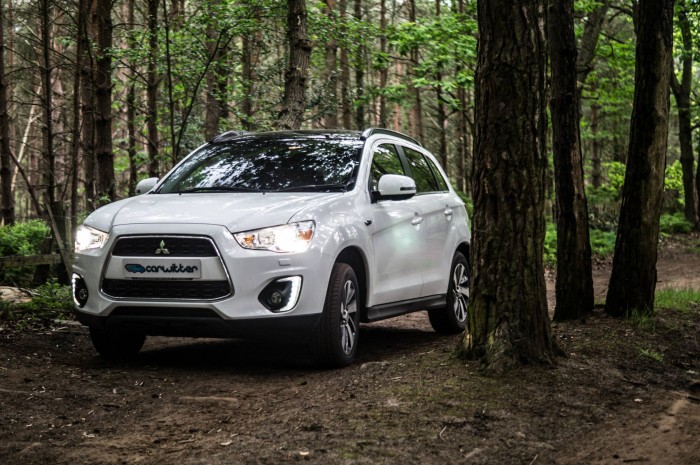 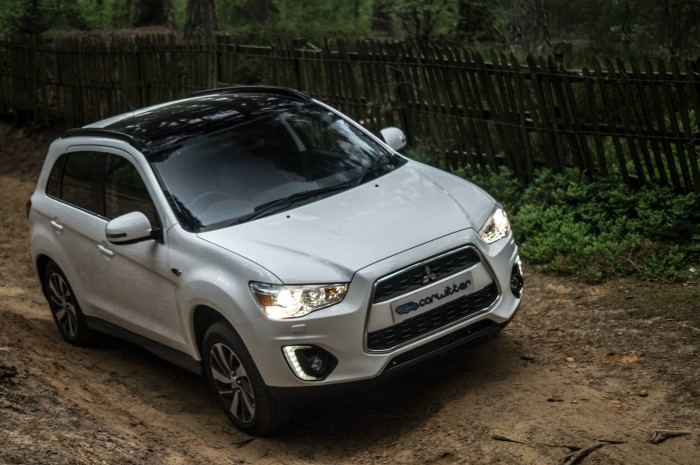 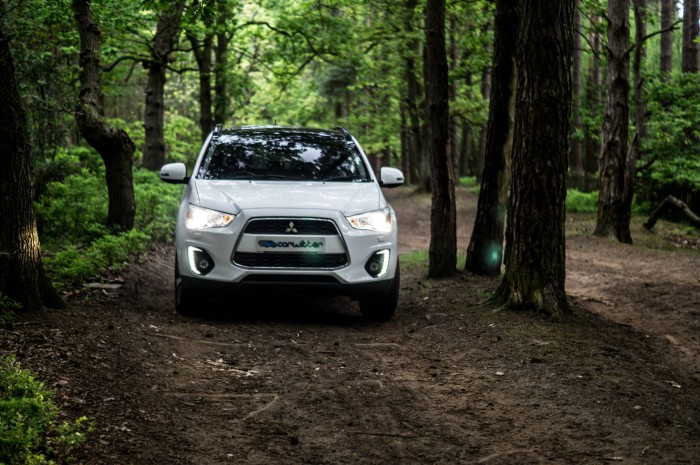 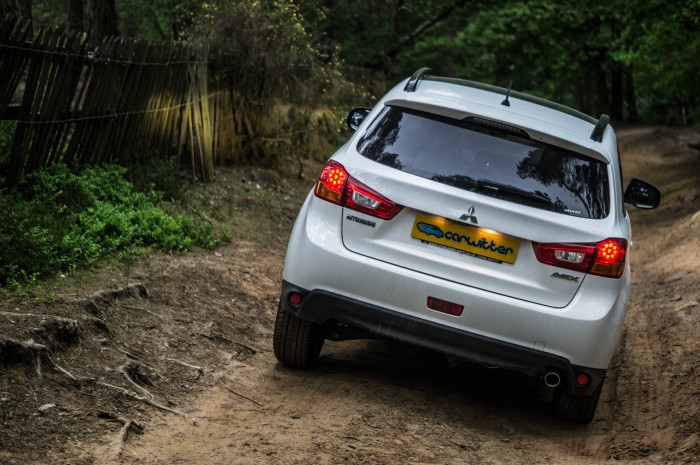 © – All text & images (except interior) Copyright of carwitter.com