The new 2 is one in a five pronged assault on the mainstream car market, following its sportier MX5 sibling and preceding the updated 6 and new CX3 and CX5 crossovers.

As MD of Mazda UK Jeremy Thomson continues rather proudly, this will mean the oldest model in their roster will be the freshly released and excellent 3.

He’s right in saying that having such a fresh fleet is very difficult to achieve, marking Mazda as a stand out manufacturer in 2015.

The powerpoint of this post-first drive presentation continues to impress as well. Mazda has increased sales numbers by 20% each year since its resurgence in 2012.

The figures don’t lie. They’re on a roll and it is entirely product led with Mazda gratuitously shouting about its Skyactiv technology. 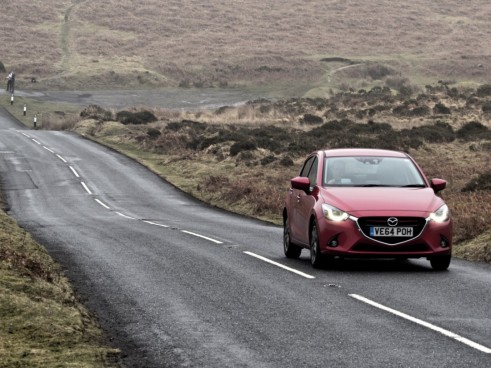 So now its the turn of the baby of the range, the all new 2.

The biggest news in terms of power train is the new 100 bhp Skyactiv-D diesel engine making its debut in this car.

I’ll say right from the off this unit is my pick of the range. With sub 90g/km of C02 its clean enough to deprive you of a tax bill, and a claimed 83mpg will theoretically leave some serious change in your wallet when it comes to feeding time.

It’s the way it goes that makes it stand out, however, as the 250nm of torque from 1400 rpm is more than enough to take the 1000 kg supermini along the road at serious pace.

Naturally for a diesel it doesn’t rev out willingly so you stand to gain little from doing so, but keeping it at a lower rpm sizzle keeps the satisfying and useful surge of grunt imbued on few others in this segment on high alert.

The six speed manual gearbox that puts that power to ground is a satisfyingly mechanical shift although the ratios are cut somewhat close together.

An intended skipping downshift from 5th to 3rd for a motorway lunge can in reality be 5th to 5th for the uninitiated: A nuance prospective owners will likely adapt to and not a repeated cause for qualm for us. 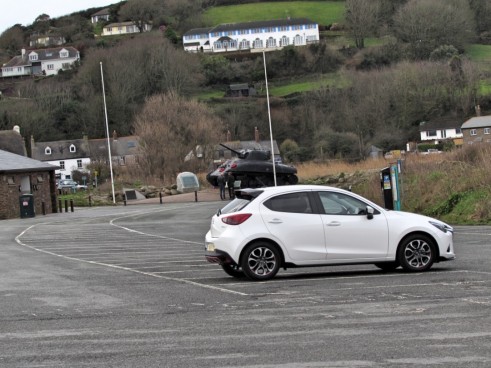 It’s not an issue that affected the less powerful 1.5 Skyactiv G with the five speed. To sing the praises of the diesel without mentioning the range of petrols would be unfair to them.

They are accomplished power plants as we already know, but in comparison to the diesel the basic 75 bhp ‘G got very flustered dealing with the inclines and declines of Devons countryside.

The sublime diesel starts at a not inconsiderable £15,995 in basic SE-L form. For punters who aren’t too picky about superior grunt, like their staple brands and are looking to save a buck, the 1.6 econetic Fiesta could prove a difficult act to pass up.

How the 2 certainly matches the Fiesta, is fun factor. This new generation of Mazdas has an inherent sense of front to rear and vice versa communication in the chassis that is disappointingly rare in many cars of this type, and I say at a risk, indicative of real potential for more potent iterations…

The damping was a perfect compromise of long haul comfort and taut pliancy over a cresting and diving fast B road.

Where the all new Mazda utterly tramples the faithful old Ford however, is in aesthetics.

Mazda for us are front and centre in terms of desirable automotive design.

Image is of course subjective, but in a market saturated by over-design and desperate quirkiness, the new 2 with its cute proportions, subtle angles and quality finish is a breath of aesthetic fresh air.

It’s the same story on the inside, more than ever, actually.

Far from the Fiestas Nokia influenced button fest the dash of the 2 is simplistic, stylish and of a quality that really is leaving the lower end volume manufacturers in pursuit of something of a more German ilk.

Every control surface on our car was finished in beautifully soft leather (or near as makes no difference) and cold touch faux aluminium.

Buttons extend with a satisfying and weighty tock and the driving position is absolutely spot on; far and away from many competitors in which you feel atop the car, rather than in a cockpit.

The seats are good, too.

The cabin is a categorical home run for the 2, but not without the odd trip up.

The rear three quarter visibility was just about passable which for a supermini is a dangerous Achilles heel to risk, and that excellent driving position is a two sided coin.

Whilst being hunkered down is good for attacking a ribbon of deserted Devon B Road, in the urban environment (a key battleground for the supermini segment), its extremities are difficult to place without craning your neck.

We’re also suspicious of just how gorgeous the cabin of our diesel was and a brief stint in a lower (but not bottom) specced SE-L revealed there are many boxes one can tick on the order sheet. 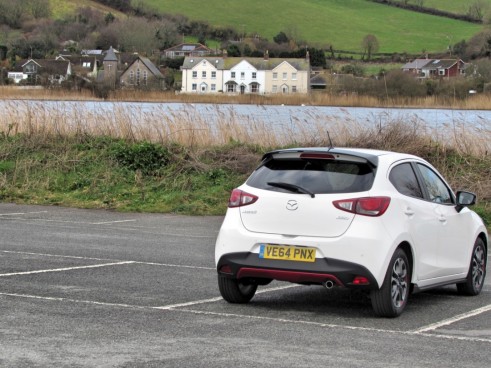 Overall the 2 is an unarguably strong addition to what is already a highly accomplished lineup.

I reiterate, the diesel is the pick.

Mazda really have done it again. Come September their transformation will be complete and we cannot sing the praises of their exponential efforts enough.

The only stumbling block is the economics of it. In gunning for the mainstream volume manufacturers, premiums are difficult to justify, but I will vouch for it being entirely worth it.

With a range this accomplished, all there is to do is cap it with a halo brand…

2016 Mazda 2 – Great looker, high quality interior, diesel is the pick of the bunch! 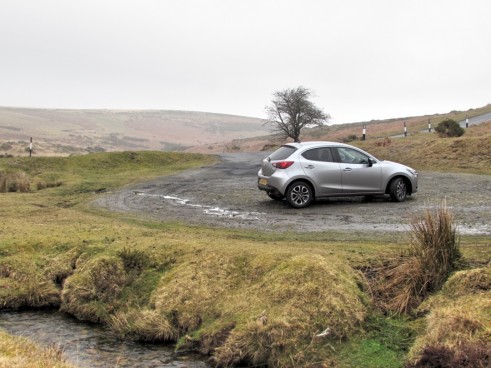