Every once in a while a manufacturer will push the design boundaries, a toe dip if you will into the unknown. It will either be lauded for its bold statement or left on showroom floors putting off buyers.

Very few make such bold design choices, and they happen with invariable irregularity. Recently Lexus have come to the fore and introduced a new, angular, modern design language. The Lexus NX is currently the most extreme example of this, so for our first ever Lexus review it was the one to go for; naturally. 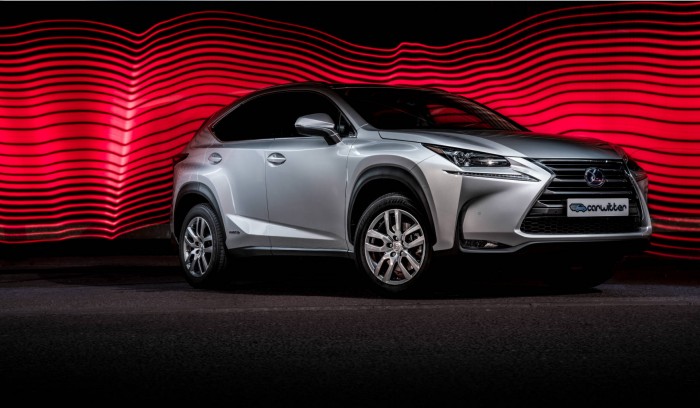 I guess the NX will be a marmite car. Some will look at its bulbous front end, sharp angles and shouty appearance with distain. I can hear the words “Ugly” being said on the wind by the fuddy duddy crowd.

Personally I think it looks awesome. It’s everything a modern automobile should be in terms of appearance. It’s bold. It stands out. You could never get this confused with anything else on the road.

Unfortunately the signature honeycomb grille that looks oh so stunning is only to be found on the F Sport trim – a further £2,500 up on our model. 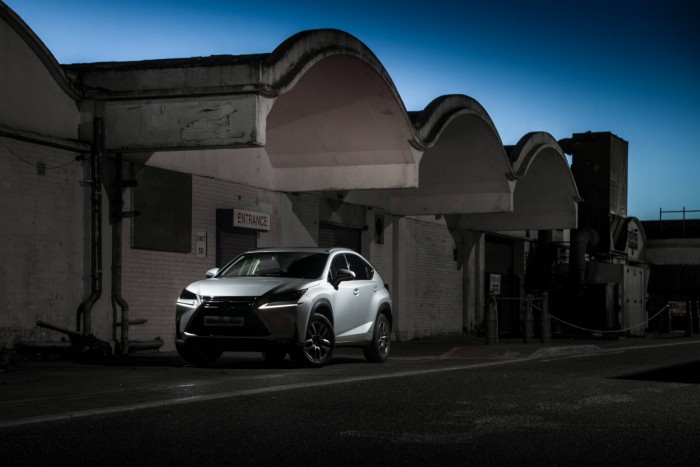 Oddly enough…and probably most likely suited to the American market Lexus have decided to shoehorn in a 2.4 litre 4 cylinder petrol unit into the NX. Along with this you get electric motors front and rear, total power only equates to a rather lacklustre 195 BHP…I know right?!

This gives the NX a 0-62 time of 9.2 seconds, not bad…but also nothing to write home about considering the power and technology sitting inside this thing.

Acceleration is adequate, and even though the NX is fitted with a planetary type CVT, and it’s pretty damn smooth. Floor it and you get a surge of revs, but around town and when cruising it behaves like a normal gearbox, with no random revving to 6,000 RPM as can sometimes be the case with the loathed CVT ‘box. 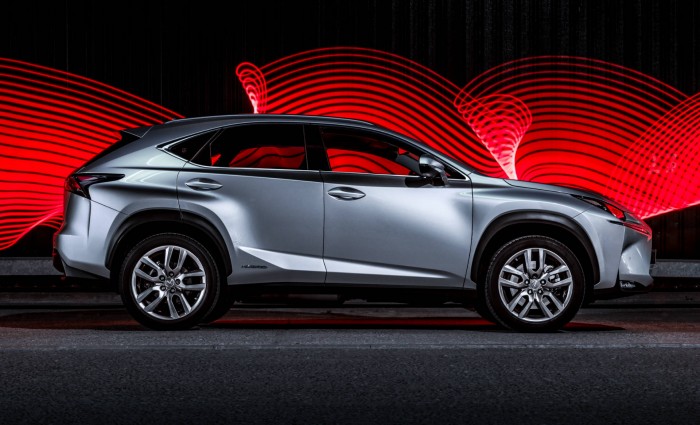 Sitting at motorway speeds ride is super silky. You are well insulated from the outside world, dare I even say – equally well, if not better than the Range Rover Sport. Steering is pleasantly weighted and nicely vague for ultimate SUV controllability.

You can set the NX into four different modes, Sport, Normal, EV and ECO. Sport naturally gives you all the power it can muster, dynamic throttle mapping and faster gear changes. 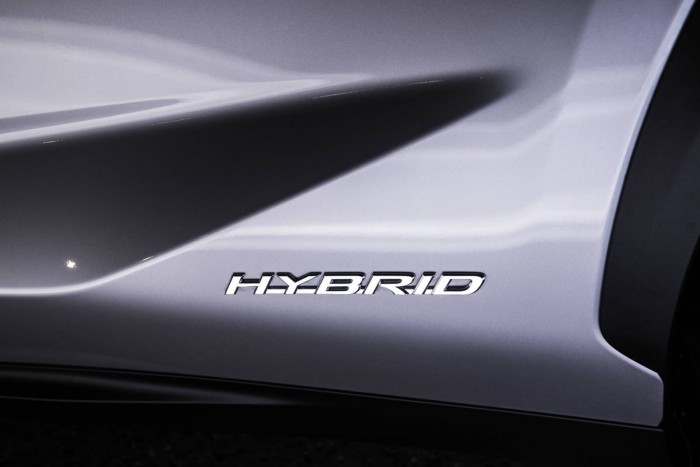 ECO gives the energy recovery brakes a bit more added bite, time it correctly and you don’t even have to press the stop pedal when approaching junctions.

EV mode lets you drive for a short distance on battery power alone, up to around 15 MPH. A quick trip to the local shop is fine but anything more than that and the petrol engine will kick in. 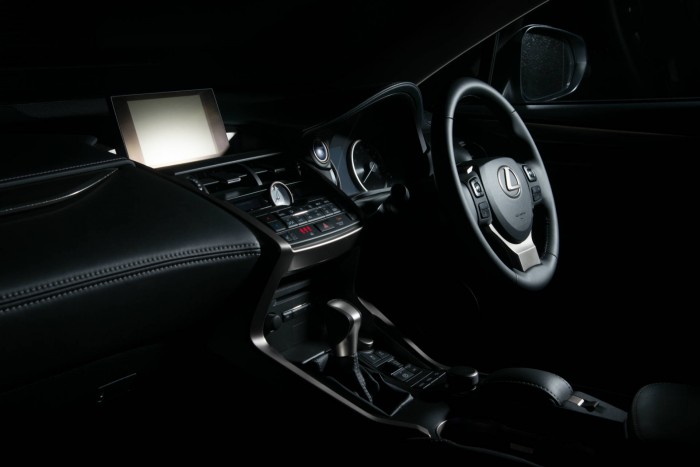 Now for a car costing 34k the interior is damn impressive. The dashboard is leather with some gorgeous stitching running across the dial cowling. You find the same detailing on the passenger side and the whole thing is soft touch, no hard scratchy, cheap plastics here.

Looking at the center console you can see those exterior angles being mimicked. Buttons are plentiful but not overcrowded, the switchgear is all very solid and Japanese as you would expect.

To add a touch of “up market” there is a small analogue clock embedded in the dashboard just below the dials. It’s a nice touch. 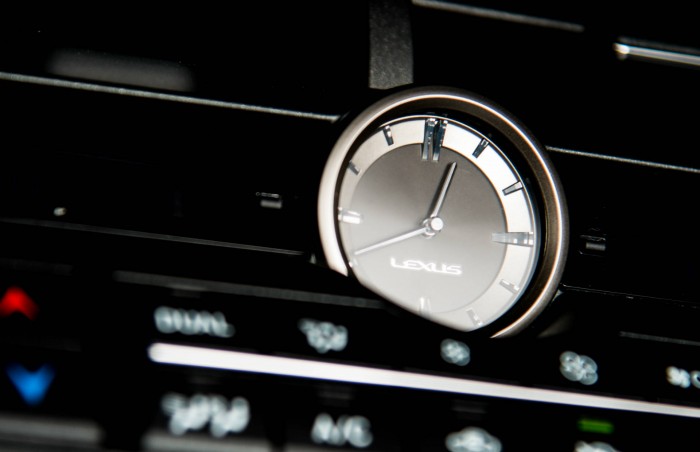 There are some other nifty things to be found inside the NX, the first being a compact mirror…likely to be adored by the Chelsea mums who love a good SUV. But the second is rather more cutting edge. Under the armrest you will find a Qi wireless charger for your phone. Now there aren’t many phones out there with this tech at the moment, but as it becomes more ubiquitous it will hopefully become as standard as USB ports are.

Rear seat legroom is fairly decent, along with headroom. Boot space is a little small at 475 litres, but the seats fold down to give you 1,520 litres if needed. 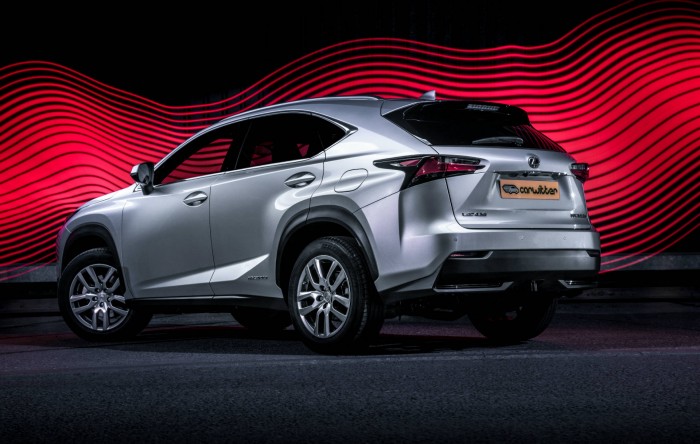 Lexus have been bold with the NX. Personally I love the looks, the attention to detail inside is superb, at this price point it really cannot be faulted.

But…the powertrain is a bit of a let down. Yes it has low CO2, yes you get cheaper tax but over 250 miles in the NX we only achieved 33 MPG. Lexus claim an Urban rating of 53.3.

They would be far better dumping a 2.0 litre turbo diesel into this along with the hybrid, or forgetting the hybrid altogether and going with a 3.0 litre V6 diesel á la Range Rover. Lexus currently don’t have those power trains in its line up, but it would really make the NX a competitive rival. Currently it just feels like it has been parachuted in from the gas guzzling USA. 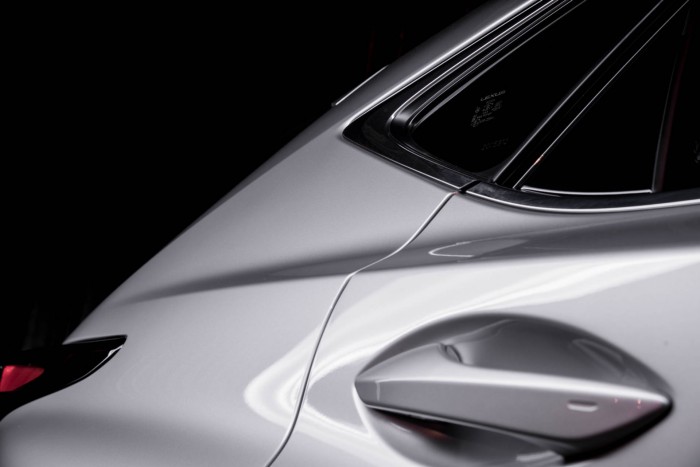 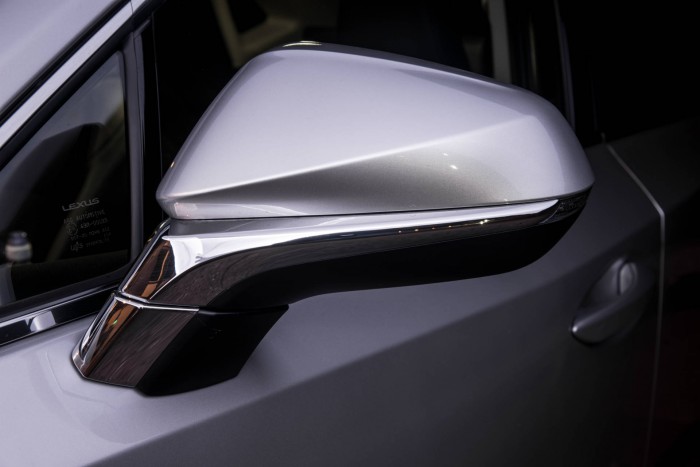 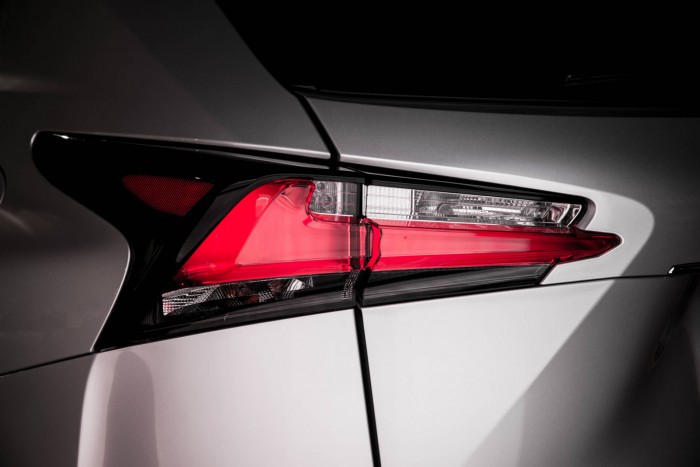