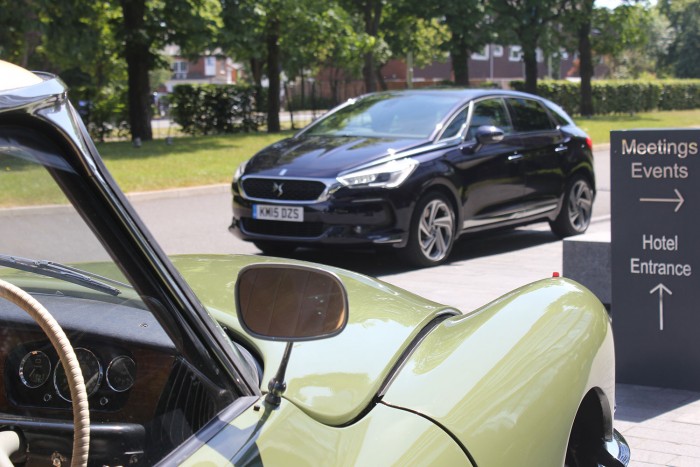 This year marks the 60th anniversary of the Citroën DS, a ground-breaking car in its time, recognised as one of the most influential cars of the 20th century.

In 2009 Citroën revived the DS moniker to denote their premium models and last year they announced they would be splitting off DS as a premium brand (think Lexus to Toyota).

As the first new model to be badged purely as a DS, the revised DS 5 officially launches DS as a standalone brand. 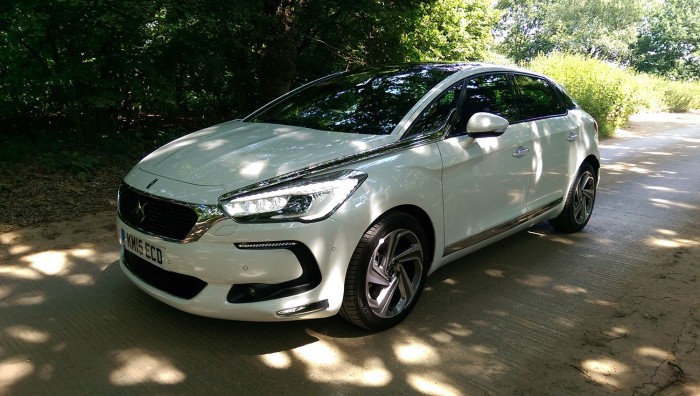 The DS 5 is a very handsome car, more so the new facelifted version.

The most obvious changes are to the front: the grille now bears ‘DS Wings’ a reinterpretation of the original DS’s grille, the headlights have been upgraded to ‘LED Vision’ and the indicators scroll à la Audi.

The Citroën chevrons have morphed into the DS logo, strangely with the original DS rectangle badge right above it. Under the skin the suspension has been improved, the engines have been upgraded (where necessary) to new Euro6 emissions levels, and various trim details have been revised throughout. 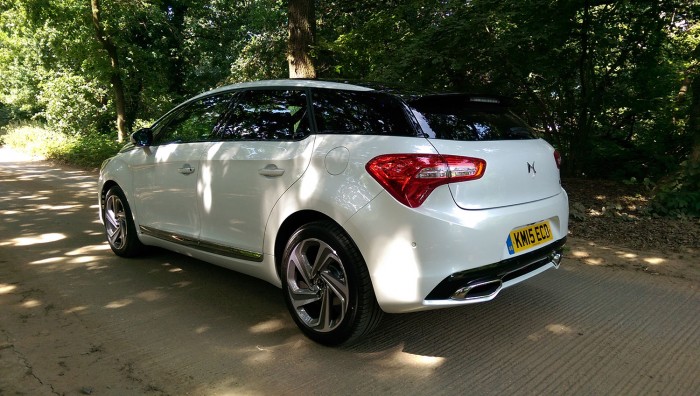 The 150 will be the car of choice for most buyers: with CO2 emissions of 105g/km and 370Nm peak torque it’s competitive in the market and a clear improvement over the 160 HDi it replaces. It is fitted with a 2 litre HDi engine and a 6-speed manual gearbox. The gear change and engine are smooth with excellent mid-range torque.

Suspension was one of the biggest criticisms on the outgoing DS5, and the new model shows a marked improvement. On severe surfaces such as a rutted track it’s extraordinarily smooth, but in normal daily driving, although it floats along majestically on good roads, obstacles such as potholes and speed bumps still prove a challenge, with a harsh thump transmitted through the cabin. 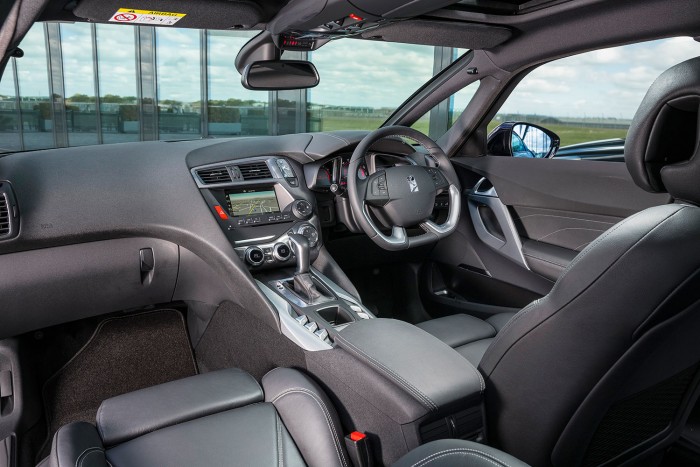 Inside is a pleasant place to be. The ‘cockpit roof’ features a well-designed overhead switch panel and has three separate glazed areas with electrically operated blinds, allowing a massive amount of light into the car.

You can opt for a range of different leathers including high quality semi-aniline, and the ‘watch strap’ option is truly distinctive.  The dash has been redesigned with 12 fewer buttons, much of the functionality now being integrated with the new 7” touch screen. 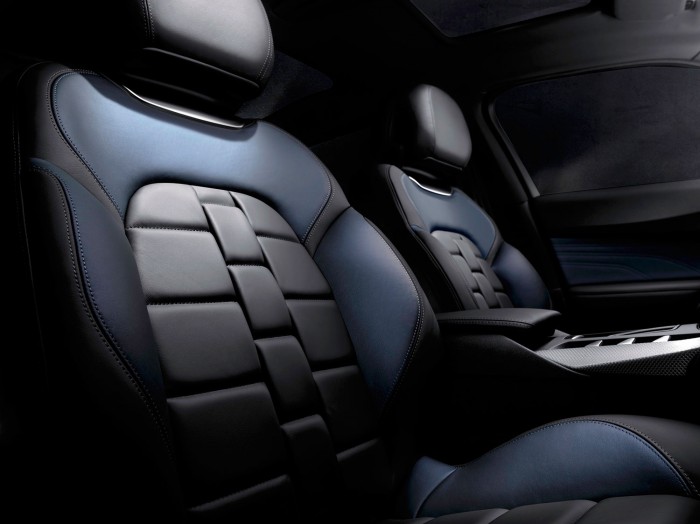 The 180 is the automatic diesel variant, but offers slightly worse economy and little benefit over the 150 unless of course you need an auto.

We found the engine to be a little harsher than the 150, and the new automatic gearbox returns slightly sluggish performance unless you really push it, at which point it changes down dramatically and lunges the car forward noisily. In its Hybrid 4×4 200 form the DS5 is a very different car from the other diesels.

It features the old 160HDi engine driving the front wheels through the old robotised gearbox while an electric motor drives the rears. Pulling away is whisper quiet, but as soon as you apply the power the diesel engine cuts in smoothly.

There is a choice of four different drive modes (Auto, ZEV, four-wheel-drive and sport) for different conditions. While it boasts the best emissions figure in the range we only managed around 46mpg with mixed driving, and the cost of around £5,300 over the 150 model is hard to justify: it could take several years to recover this added outlay. 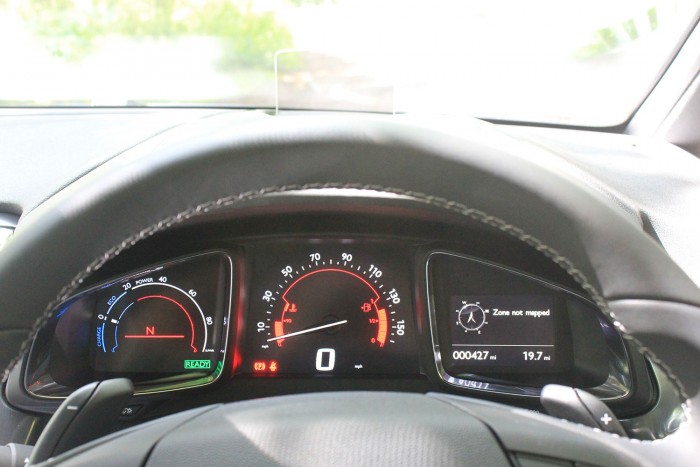 In practice it seems that someone forgot to renew the licences, so at present it won’t work with any phones newer than a Samsung Galaxy S3 or iPhone 4.

Which is a shame because the satnav that comes with the car isn’t a patch on Google maps. Like a sleepy passenger it sometimes forgets to tell you which way to go, and occasionally it gives up navigating completely. The map view is confusing and even vocabulary could be better.

One prefers to ‘make a U-turn’ rather than ‘do a U-turn’. 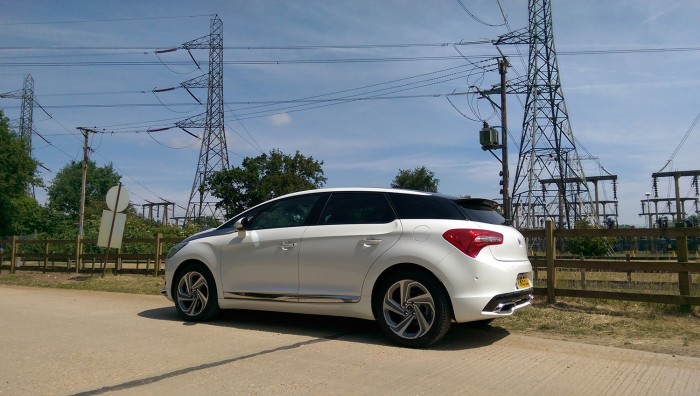 And this leads on to our main issue with the car: detail.

OK, we’re not in Bentley territory here, but even in this segment of cars, attention to detail is key.

Much of the time it’s the small things which define the car, and particularly with the DS ethos, they really should be right. There’s the speed reading on the dash which still has the quirky multi-segment Citroën font, at odds with that across the rest of the dash, particularly on the heads-up display.

There’s the strange keyhole in the dash. The ignition is keyless, so why?

The £500 optional ‘back massager’ (no more than a constantly cycling lumbar support) doesn’t really cut it and there’s the handbrake siren which goes off like some warning of an impending nuclear catastrophe if you open the door without engaging the handbrake.

Whilst the clock, which while avant-garde in its styling is more like something out of a Christmas cracker in its execution. It would have taken very little effort to make it look like an expensive timepiece as Lexus have managed in the NX. We could go on. 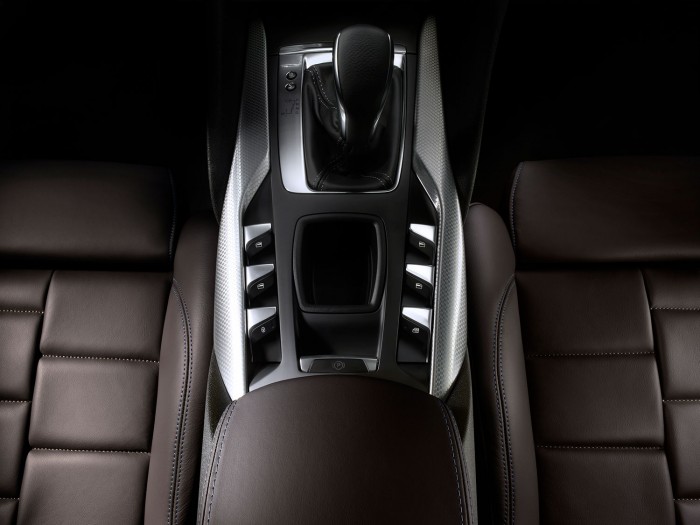 Details aside, the DS 5 is a good car.

It looks dashing, lithe and modern, it has some fantastic interiors, it handles adequately and the new engines provide pleasing performance and great economy. But ultimately while it’s a great Citroën, it’s not such a good DS.

There’s no escaping from the fact it’s still a de-badged Citroën, and while it manages to carry off a premium feel, it’s not yet up there with BMW, Audi or Mercedes.

The new DS brand promises a great deal and is a truly exciting prospect, however unlike the price, the DS 5 is still only half way there. Yet saying that, if you want something a little quirky, something to stand out from the German car worshippers, the 150 is still a cracking choice, and if you like Citroën, you’re sure to love DS. 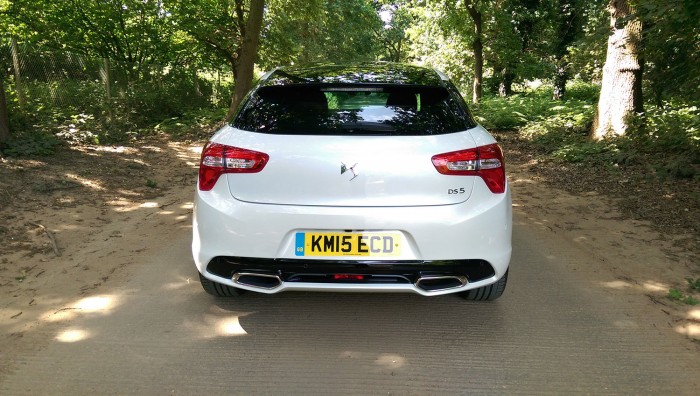 All cars are available in Elegance trim and the 150, 180 and 200 have the option of Prestige trim level. There is also a 1955 limited special edition based on the 150.

2015 Citroen DS5 – Improved engines, beefed up looks, but lacking on the finer details! 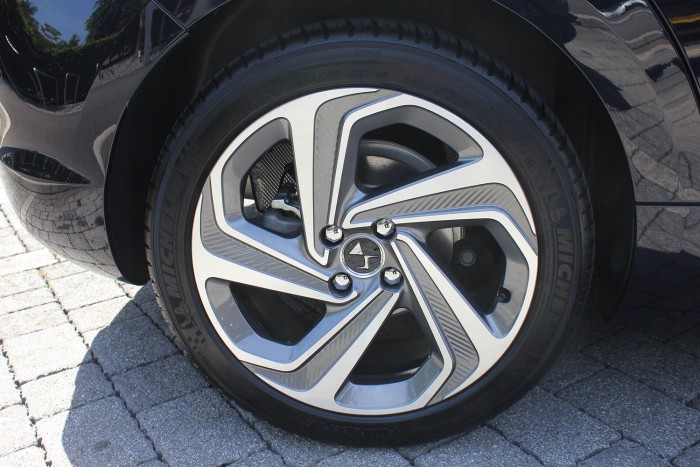 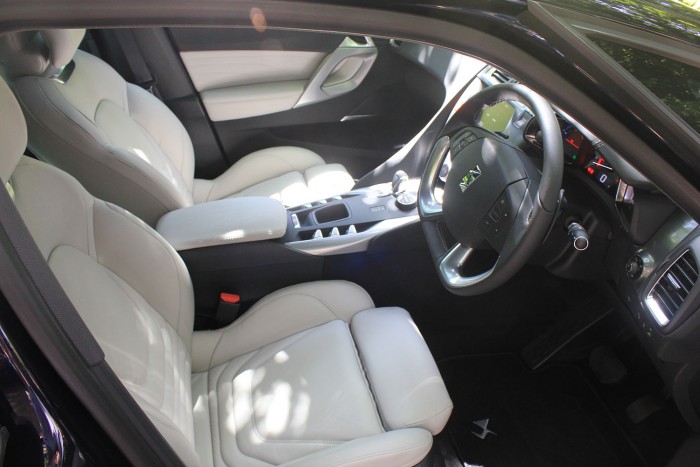 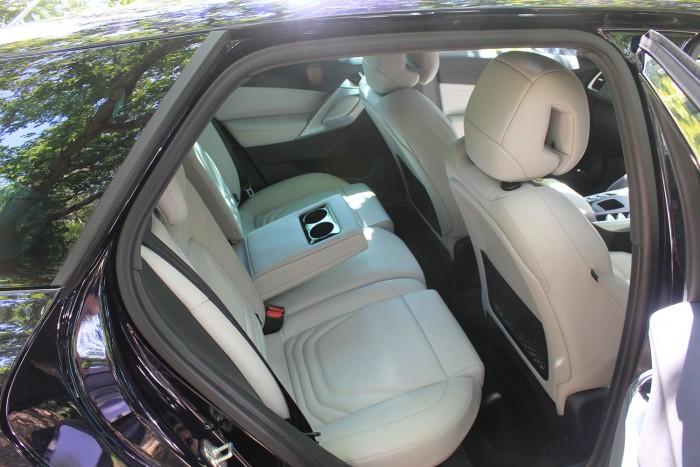 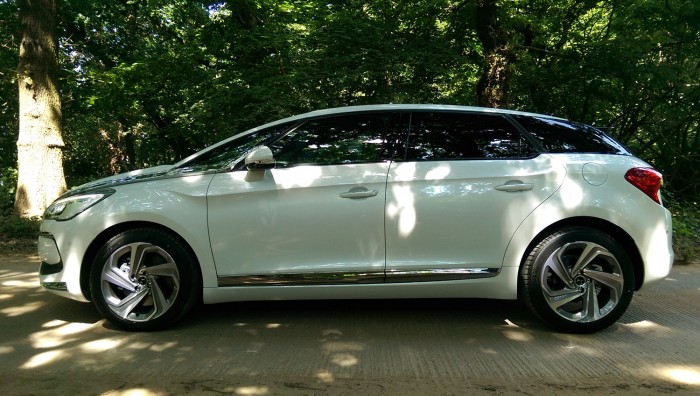