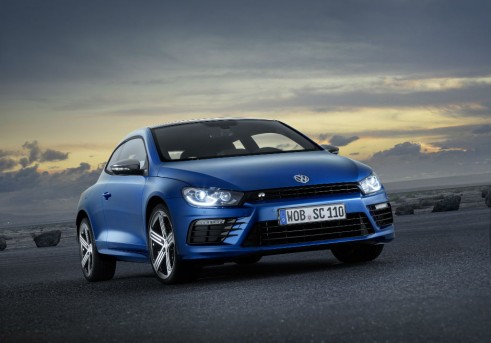 This, Volkswagen assure us, is the brand-new for 2014 facelifted Scirocco, but you’ll need to look very closely to see the change.

Marking 40-years since the very first Scirocco made it’s debut in Geneva, VW has chosen the same show to unveil a barely-there facelift and some slightly more powerful engines for the modern day version. 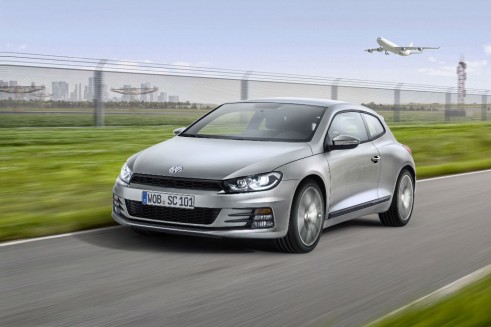 Outside the 2014 Scirocco sports revised head and brake lights and a new front bumper.

At the front the bumper sprouts the black ‘blades’ seen on the Golf GTi and for a little-extra some new LED daytime running lights, which will be integrated, along with the foglights, into the headlight cluster. 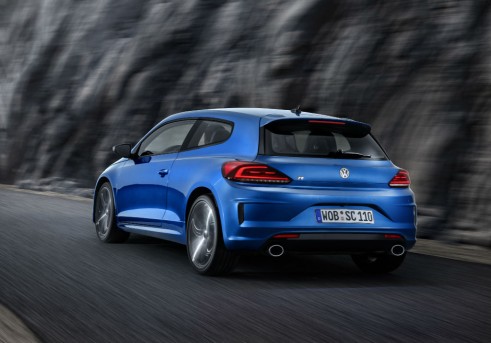 Behind all Scirocco’s gain LEDs and VW say the redesigned bumper appears more “purposeful”. The Scirocco follows it’s sister Golf in making the Volkswagen badge act as the boot release.

The range-topping R will sit on new 18-inch ‘Cadiz’ alloy wheels while the outgoing ‘Talledaga’ design is now available on all standard Sciroccos. 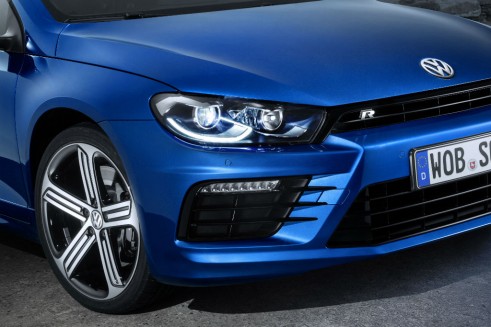 Under the bonnet a range of new, more efficient, engines power the Scirocco, four turbocharged Petrols and a pair of diesel turbos.

The standard 1.4 litre petrol now pumps out 123bhp, a whole three more than it’s predecessor, while the outgoing 1.4litre, 157 bhp unit is replaced with a new 2.0litre 178 bhp unit, which VW say is still more economical despite the increased capacity.

If oil-burners are your thing VW provides a single, 2.0 litre, engine, available in either 148 or 172 bhp guises. All the engines can be mated with a six-speed manual or a six-or seven-speed DSG gearbox. 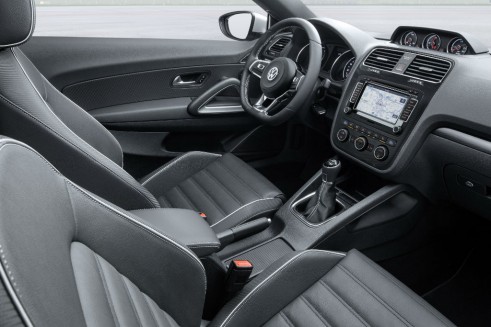 Inside the cabin gets a mild update. A new set of three dials sprout above the main infotainment screen, and the fan vents become more rectangular.

VW has not released any price details yet, but the new Scirocco will go on sale on May 20 with first UK orders expected to arrive in September. 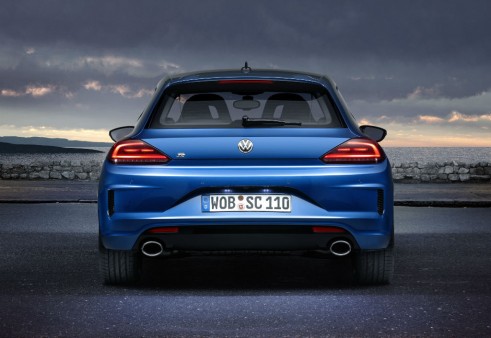 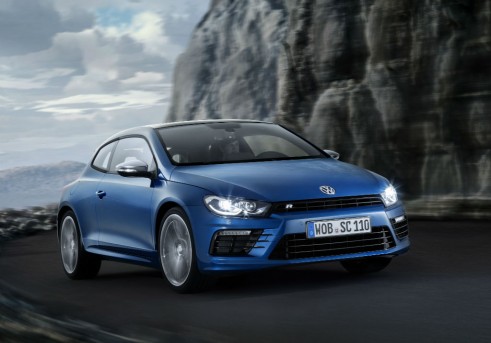 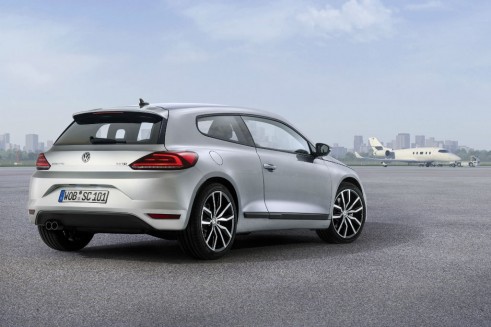 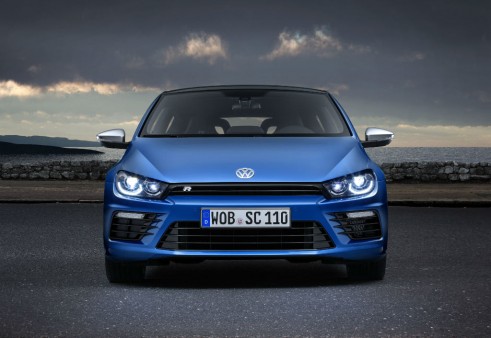 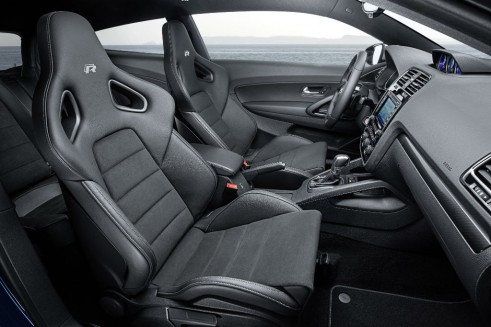 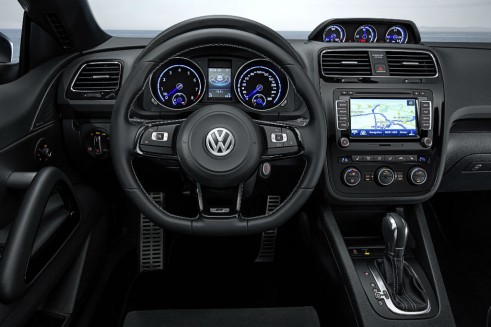 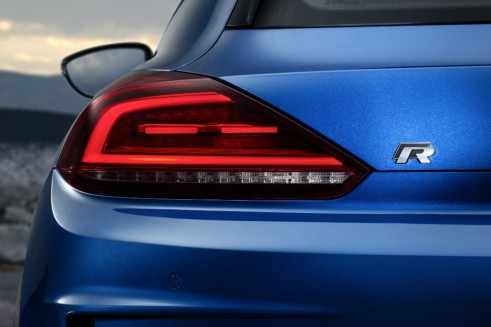