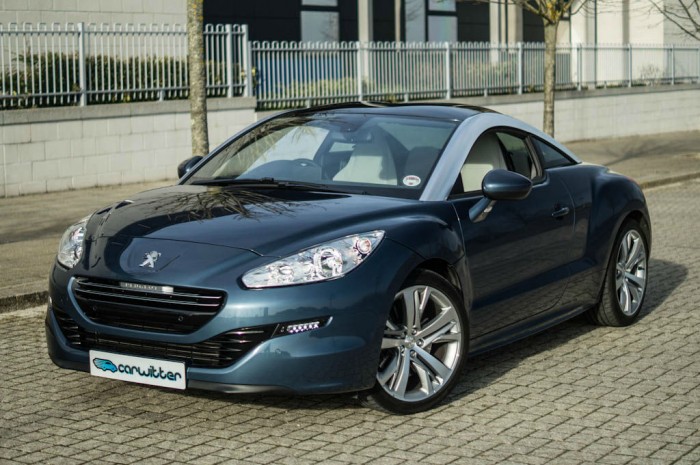 Peugeot’s sexy coupe has been out for a few years now, meaning it’s time for a midlife facelift. Having driven the THP 156 model last year we thought it was about time we drove its bigger brother, the THP 200. 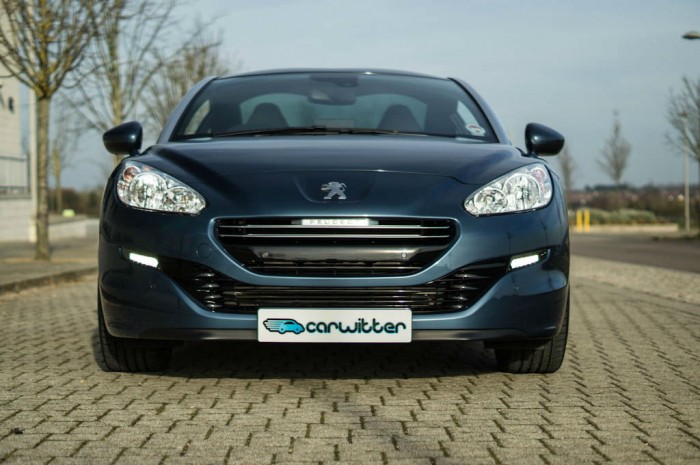 With the facelift the RCZ has undergone a bit of a nose job. Gone is that wide gaping grille, as the new smaller ‘floating’ one is in vogue across Peugeots range.

A smart lower grille stretches across the width of the bumper, and at each corner you find new daytime running LEDs. New headlights become shorter, fog lights get deleted and the sticky out snout has been cut off.

It’s still a sharp looker, but for me the pre facelift is closest to the original 2007 concept so will always be my favourite! 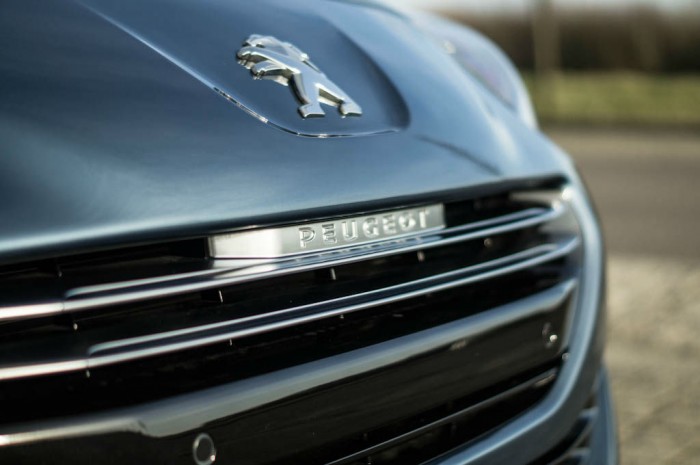 We criticised the 156 THP for being a bit lacklustre and slow, that’s not the story with the 200. The extra horsepower really makes the RCZ feel sporty. Yes it’s not as quick as the RCZ R but it’s more than enough power to have fun in!

Pin the throttle, watch the revs rise and you are met with a throaty roar above 5,000 RPM. Keep it going until 7,500 before changing and you have blistering pace.

The shorter ratio, 6 speed manual (only fitted in the 200) makes in gear acceleration at higher speeds sublime. 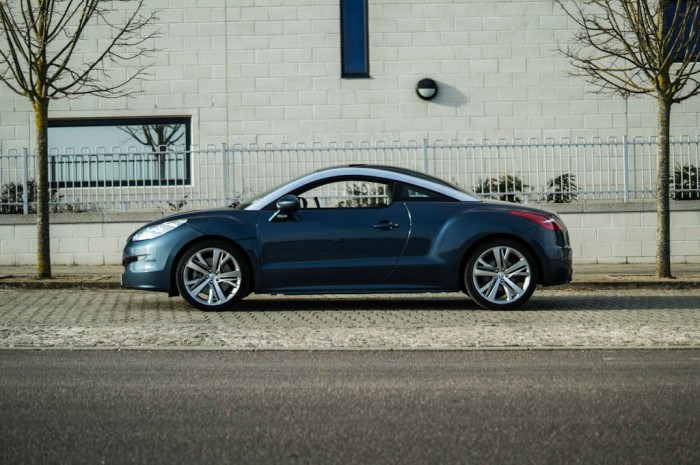 The main difference we noticed was the stiffer setup in the 200 over the 156, this is thanks to thicker anti roll bars and a beefed up MacPherson style front suspension setup. Under the front wheels you’ll also find bigger brakes.

Its exhaust note is slightly beefier too, but not a pinch on its bigger brother the R.

Those suspension changes turn the RCZ from a wallowy, soft, GT cruiser – as seen in 156 guise – to a fully-fledged sporting coupe. You can position it so precisely into corners, and once there the roll we occasionally experience in the 156 is gone. 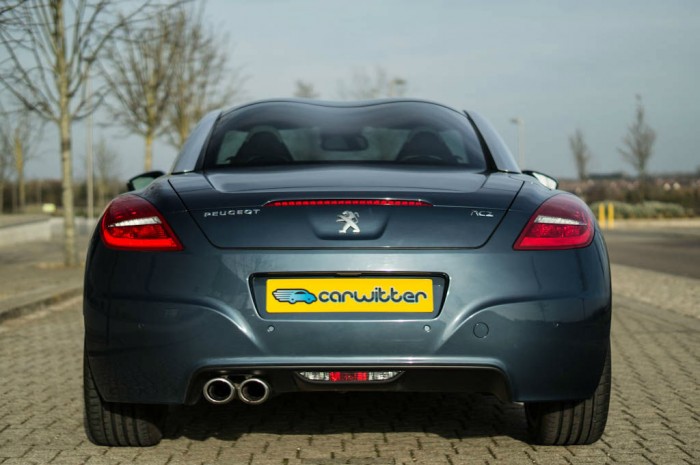 Powering out of corners is very good for a front wheel drive car with 200 BHP. Unlike some hot hatches it doesn’t spin up a wheel, it simply grips and pulls you through.

Now on B roads you will find yourself wrestling with the RCZ a little, as it does grab at cambers and crowns, but I could live with that…it keeps you on your toes and reminds you what a great chassis this has been developed into.

Steering is still pretty disconnected in sensation, but the smaller wheel in the 200 makes it accurate nonetheless. 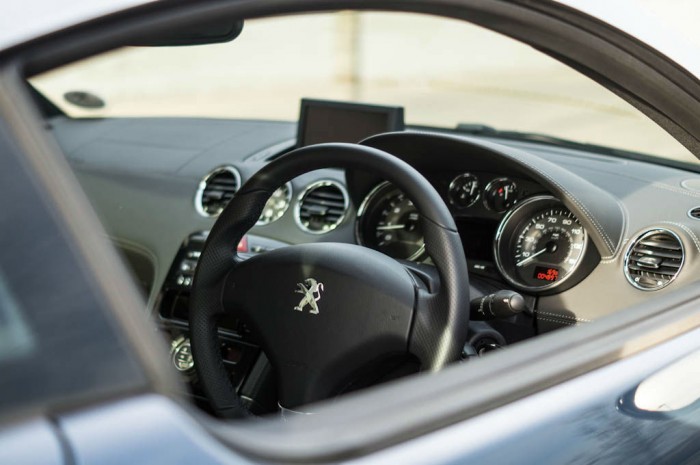 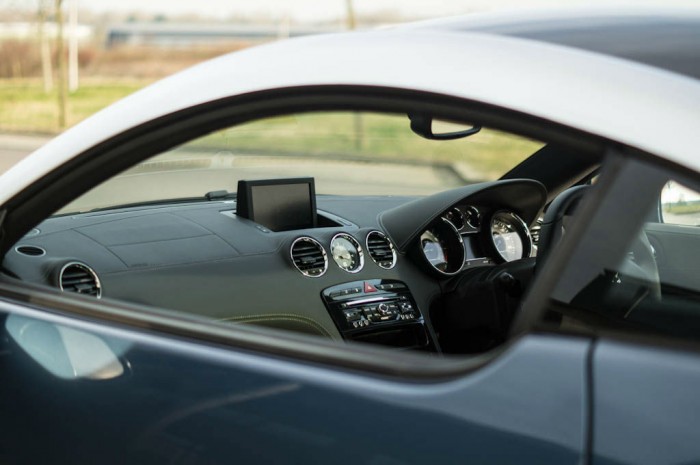 Inside the GT not a lot changes, Sports front seats which are electric and heated and a short shift gear lever. 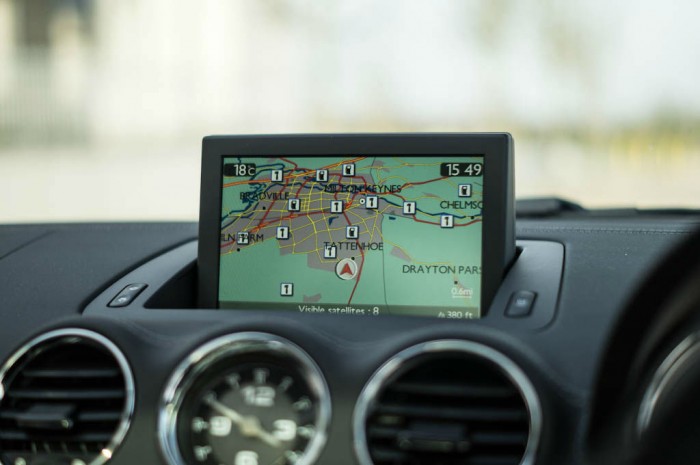 Option wise the Sat Nav is a nice addition, it’s an omission we picked up on in the 156…however the way it folds up from the dash and sits on top annoyed me more than anything. It obstructs part of your view and in a low sporty car I don’t want that. A lower down, built in Nav unit would be nicer, maybe in the mark 2 eh? 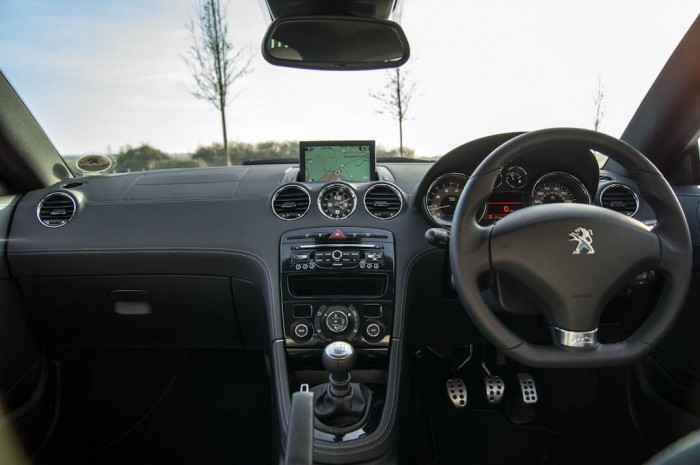 Another gripe with most Peugeot’s is the lack of a decent stereo, the standard ones are pretty naff with no bass whatsoever, meaning everything sounds a bit flat and lifeless.

Which is why we were pleased to hear the upgraded JBL Hi Fi. The setup consists of 2 medium Hi-fi tweeters up front, 2 Hi-fi woofers (diameter 165 mm) in the front door panels and 2 coaxial elliptical 6×9 Hi-fi speakers in the rear panels, all this is powered by a 240 W digital amp fitted in the boot.

At £420, I can’t stress how important this option box is to tick! 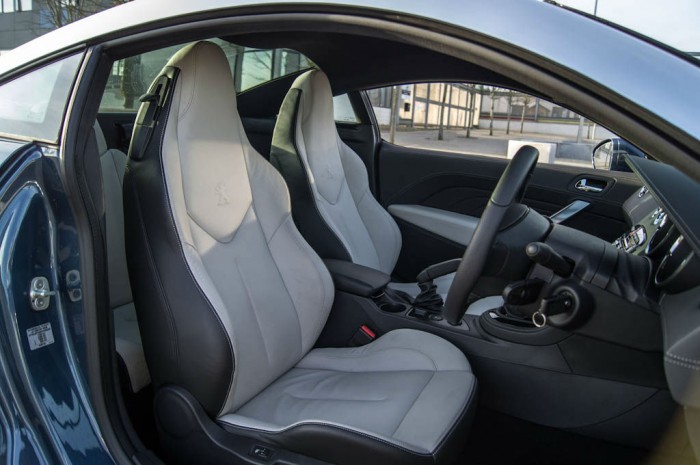 With the extra power it would have been nice to have some deeper seats in the 200, the ones in the RCZ R are simply fantastic, so holding and firm…but the 200 is left with some rather shallow winged leather ones, you feel left wanting in this area. 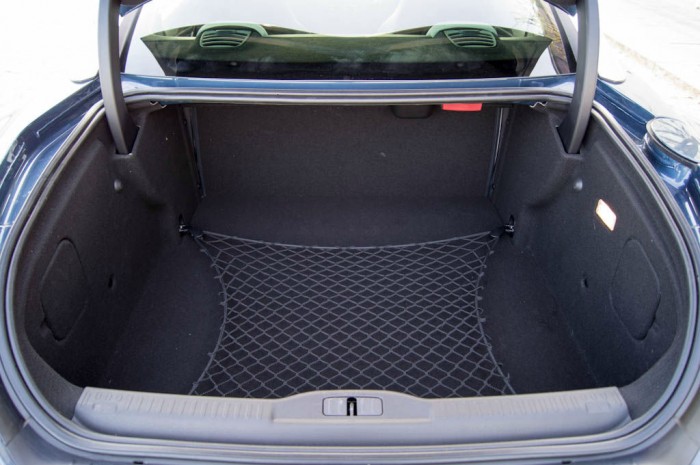 The boot is rather cavernous at 384 litres, easily big enough for a couple of suitcases.

Oh, and the spoiler can still be deployed via the dedicated poser button. 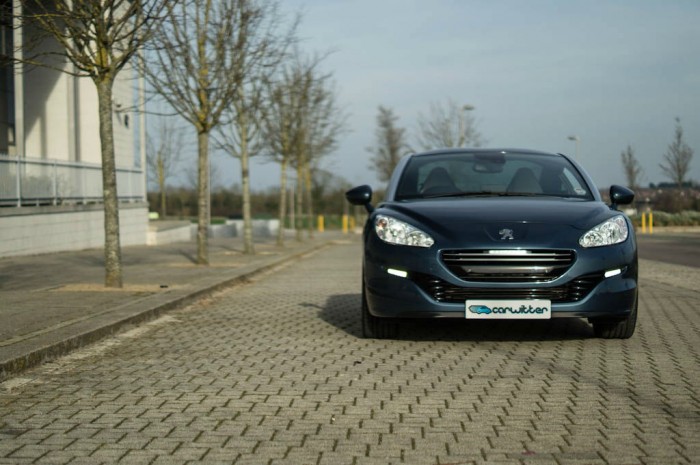 We have waited a long time to have a good go in the 200 THP, it was worth the wait.

This engine is THE one to get. 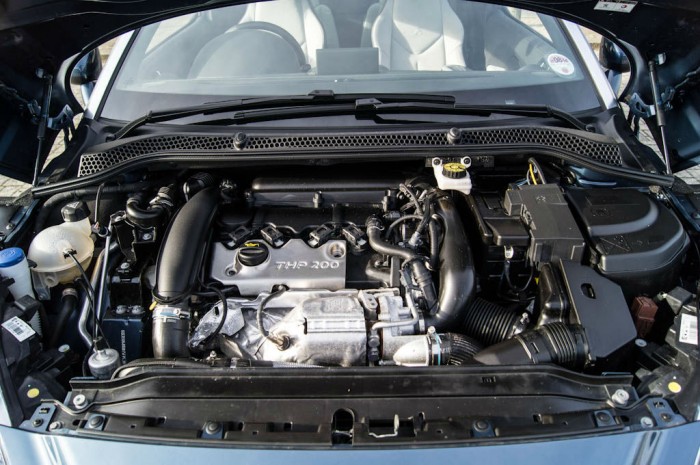 Spec wise it doesn’t really matter as much, in Sport trim you will save £2400 over GT. GT spec adds 19” alloys, leather front heated seats, front and rear parking sensors, smaller wheel and short shift gear lever…but to be honest I could do without a lot of that. 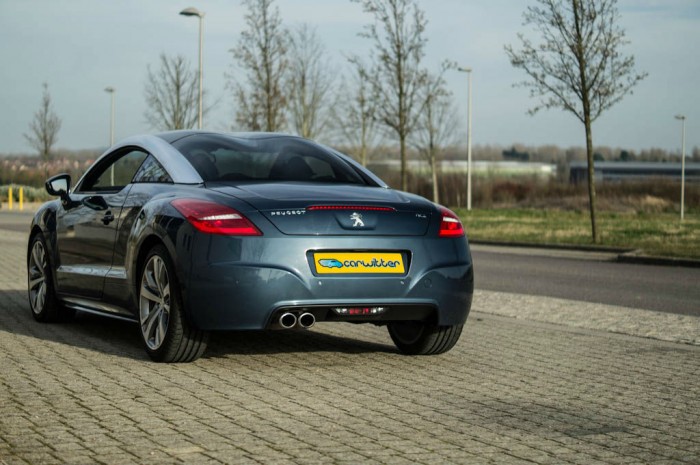 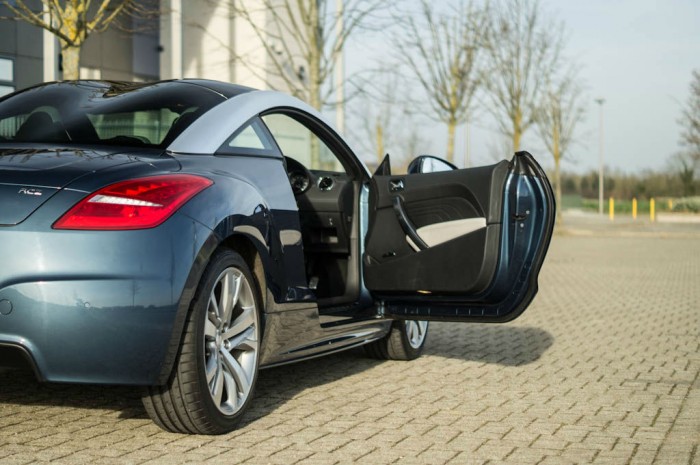 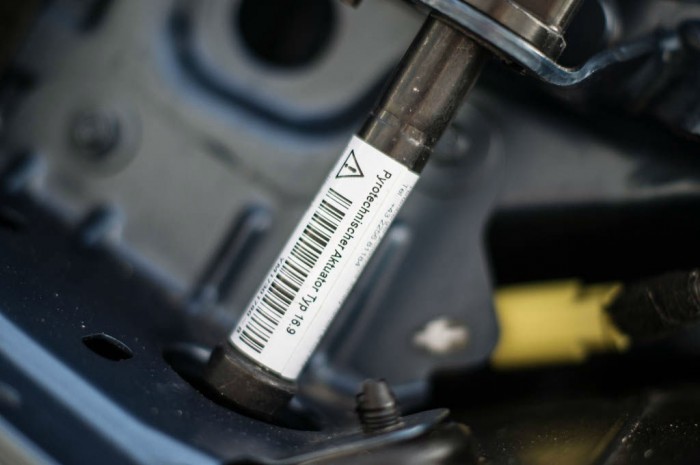 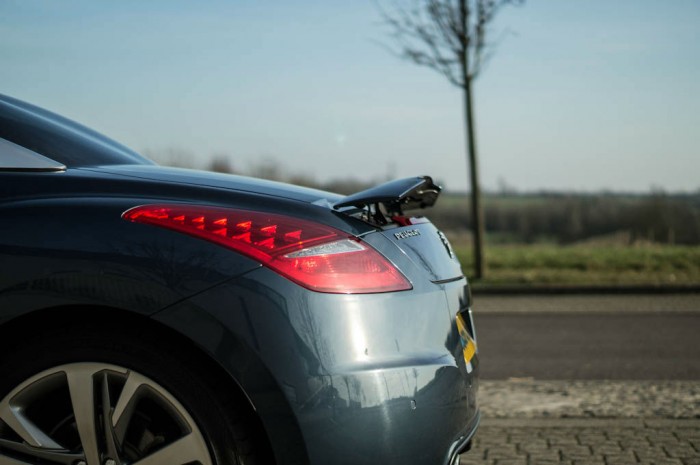 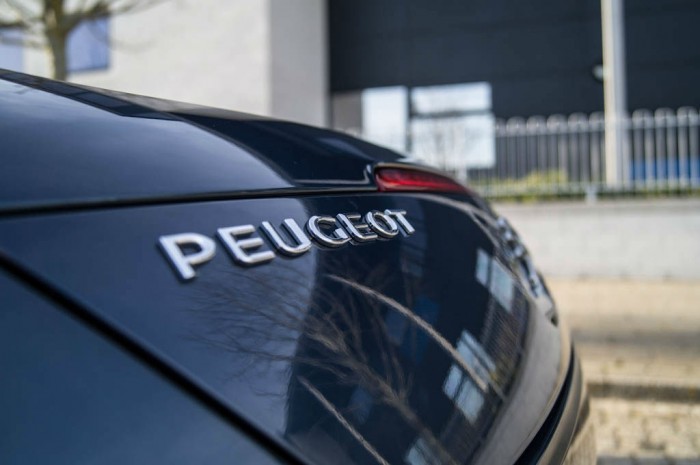