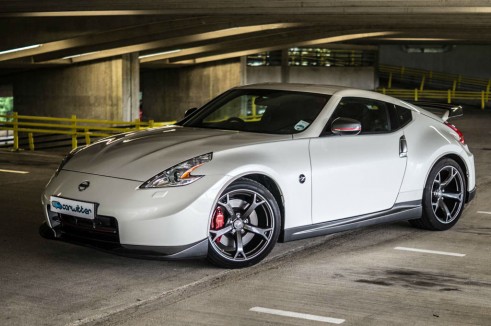 Nissan’s affordable sports coupe the 370Z has been with us since 2009, but last year they released a new NISMO variant as part of the new NISMO performance range. 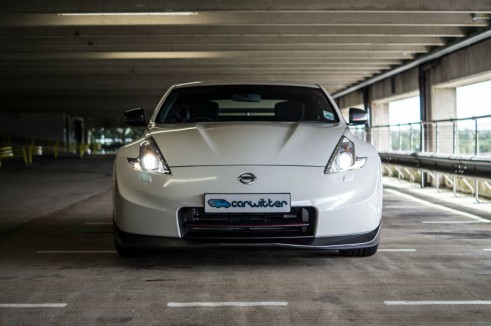 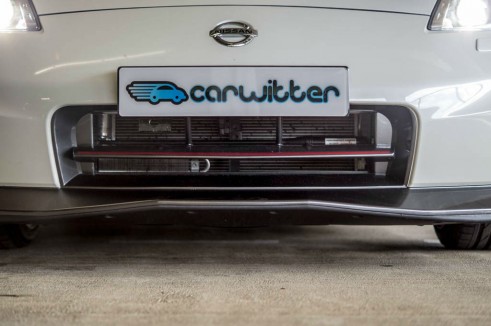 The difference in appearance is vast with the 370 NISMO, a lower swooping front bumper is matched with a pair of deep side skirts.

At the rear a new bumper gives the 370 a wider stance on the road and a large rear spoiler looks very Fast & Furious. 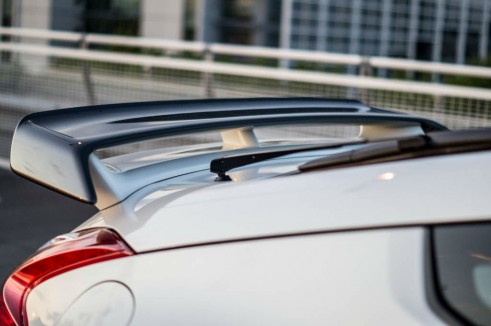 All these new additions help aerodynamics and stability at higher speeds, but the looks won’t be to everyone’s taste.

Over the course of a week they did grow on me, but the front is still just a bit too sloping and soft compared to a standard 370…and that put me off a little.

Around a week after we reviewed the 370Z NISMO, Nissan announced an updated, facelifted version. This new 2015 model packs more sculptured, masculine front and rear bumpers. 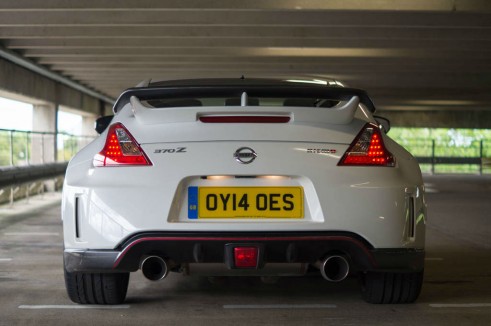 With this being the performance NISMO version the suspension has been revised and the chassis reworked to give it more of a sporty feel.

The ride is very firm but easily on par with what you expect in a car of this ilk. It enables you to corner with a very flat set up, there is no body roll at all. You can really feel how stiff this whole car is as it hits divots and dips in the road.

Acceleration is lightning quick, as you would expect from a 3.7 litre V6. The power is silky smooth and perfectly linear, it will happily rev all the way to the red line before an LED flashes on the dash to tell you to change up.

Oh, and the gearbox is superb. It is fitted with Nissans synchro rev system which blips the throttle for you on the downshift like an auto box would. Now I’m perfectly happy heel and toeing, but when you have a system that can do it perfectly every time why bother!

Steering is direct and precise enough, not quite on par with the likes of a Porsche Cayman due to a slightly numb sensation, but it’s perfectly adequate.

Braking is pin sharp too thanks to the uprated NISMO brake hoses and GT-R brake fluid. 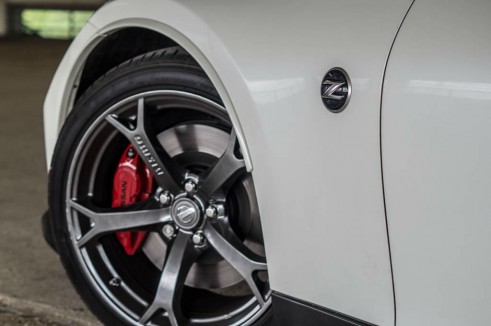 That extra power has been found through the revised exhaust system fitted by NISMO, inside the car it isn’t very audible but you do get some low end grunt under acceleration.

Most of the time you can just hear that beefy V6 up front as it growls toward the red line.

The overwhelming sense you get from the 370Z is just how manageable the car is, it is so predictable that you can leave the traction control off. If the back end slowly slips out of place you can catch it no problem.

Even with the added weight it just feels like a beefed up Subaru BRZ in the way it handles. 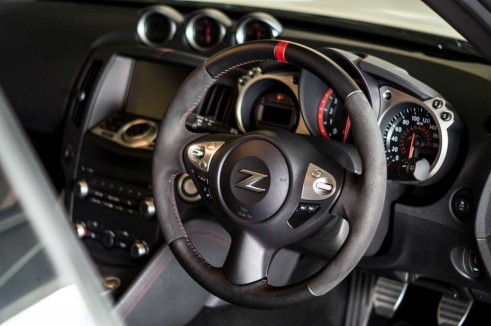 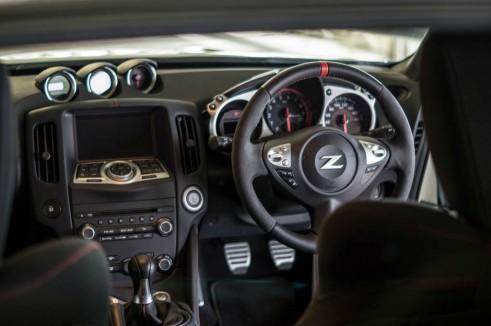 Once inside the 370 you are greeted with a very nice part Alcantara wheel with a red 12 o’clock band. 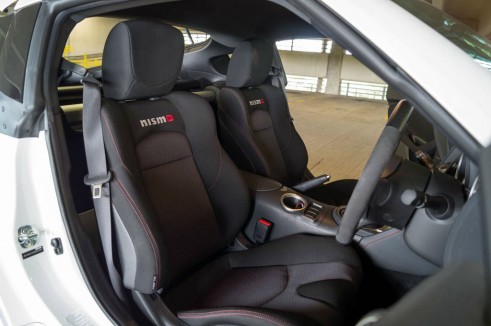 The cloth seats are finished with red detailing and emblazoned with NISMO on the backrests…but they are a little disappointing as firstly they aren’t heated which means you are left with blanking panels right by the handbrake, and secondly they are nowhere near hugging enough.

The Juke NISMO we tested earlier on the year even has deeper, more grabbing seats than the 370! 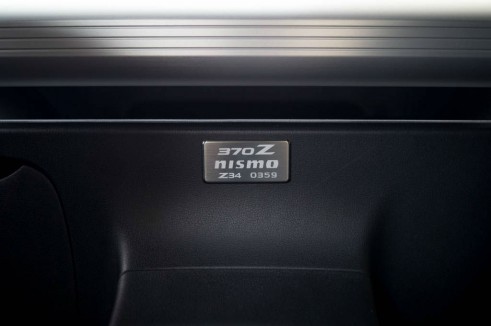 Apart from a NISMO badge on the speedo the interior is pretty bland, a nice badge on the passenger side of the dashboard or an aluminium gear knob and handbrake wouldn’t have gone a miss.

The interior is a little plasticy, but with it being Japanese you know it will last a lifetime. 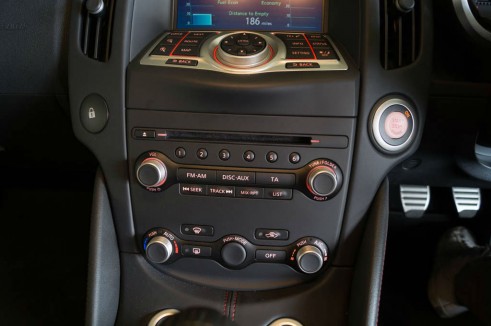 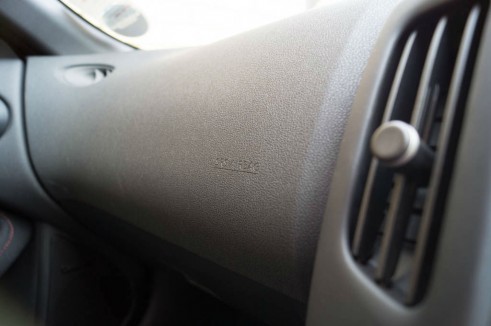 Infotainment is catered for with a recessed touch screen unit built into the dash, the menus are smart enough but ultimately showing the cars age.

Sound is excellent through the Bose stereo setup, AUX in, USB and video input are all catered for. 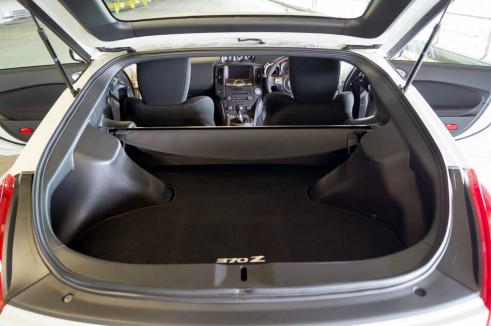 Boot space is limited to just 235 litres, with a rather shallow load area. Perfectly fine for some overnight bags but don’t expect to get two decent sized suitcases in there.

Additional storage bins can be found behind the driver and passenger for smaller items, one of them already holds the service book and manual. 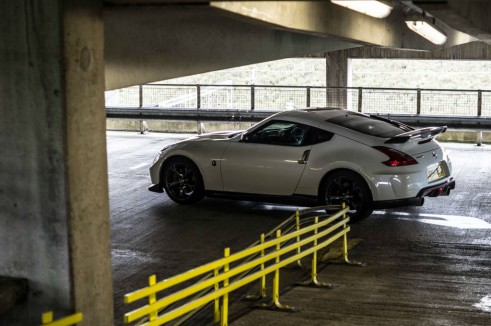 Overall we loved our time with the 370Z NISMO, it plays to some fundamental basics, a decent chassis, rear wheel drive and a whacking great big engine.

The pricing may be a little on the high side at £37k with only minor adjustments and little extra power, but the 370Z really can go toe to toe with cars costing far more.

Yes the MPG around town was only sitting at 16, yes it will cost you a lot to tax each year, but the sheer back to basics fun and power this Nissan produces makes it worth it! 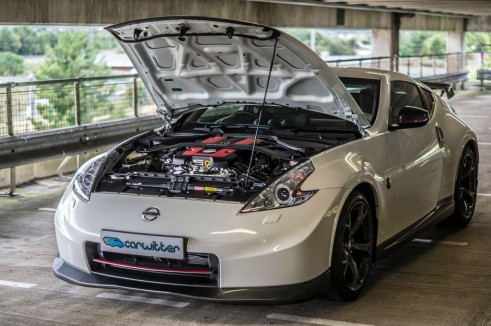 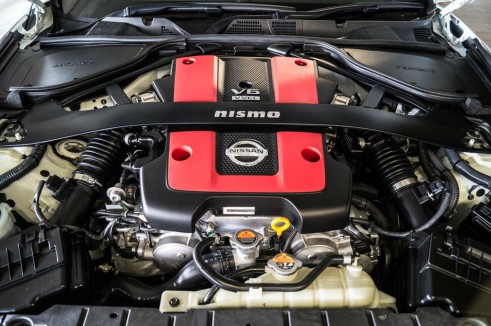 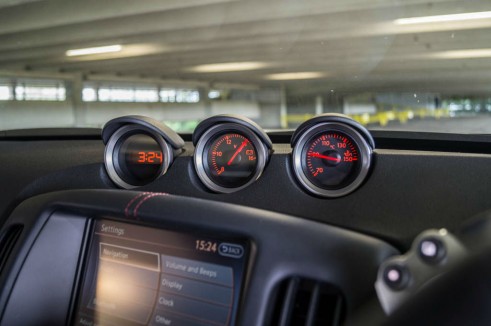 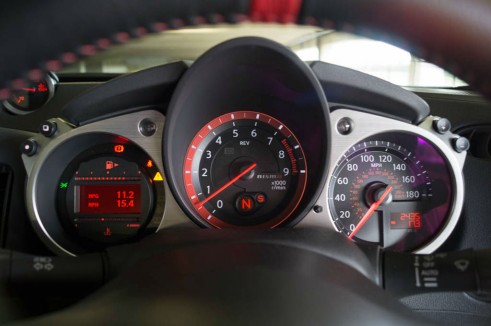 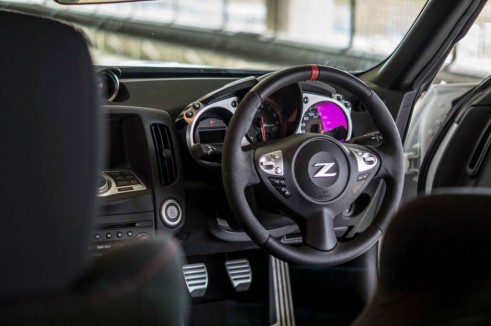 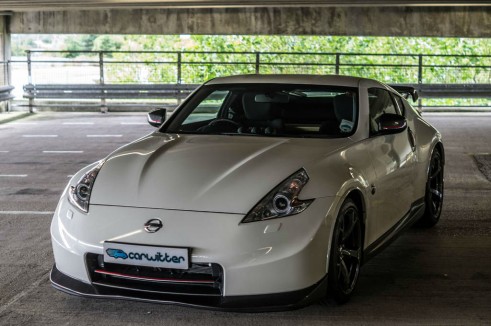 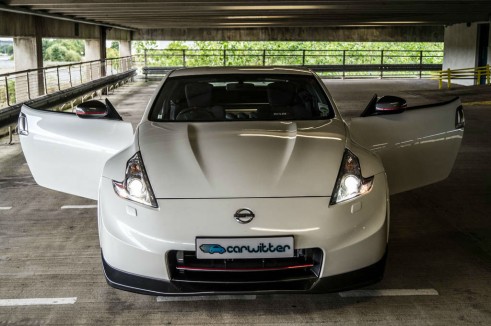