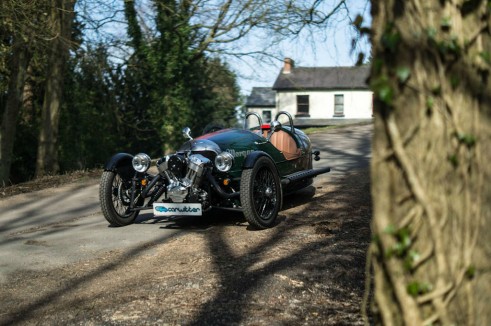 Morgan first built a 3 wheeled car back in 1909, in fact it was their very first car. In 2011 they decided to revisit the 3 wheeler once more, based on the classic shape of the 1937 Super Aero, but with more modern underpinnings. 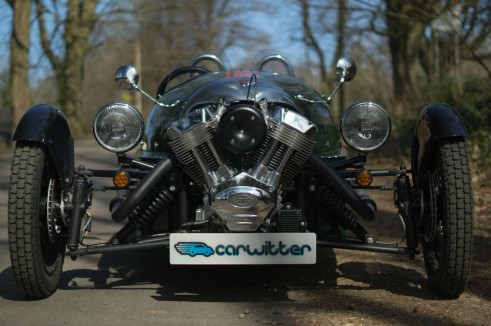 With 3 wheels this little Mog looks nothing like anything else on the road! A steel tubular chassis makes up the backbone of the car, around that a wooden Ash frame is placed. On top of that the aluminium panels are attached.

The first thing you notice from the front is that large chrome V engine, new for 2014 is the addition of a fan fitted behind those big pistons.

Even though the 3 wheeler is air-cooled not much air finds its way behind the V, so this new addition helps to cool the engine when stationary in traffic. It’s known as the Urban Cooling Pack.

Wide set front wheels give the 3 Wheeler a mean low look, headlights sprout from its front and chrome mirrors shoot out from the bodywork. 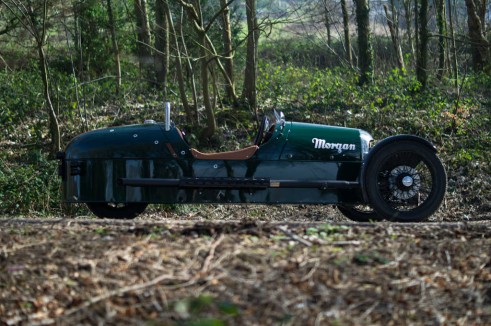 Low slung sides give you easy ingress, and just below where you would step are large heat shields to stop you burning yourself on the hot exhausts that are strapped to the sides. 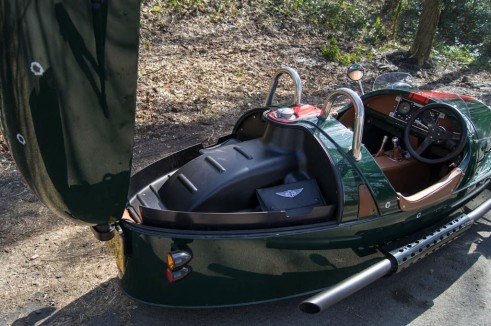 Rounded roll hooks are there to help you in case the worst should ever happen, and behind them you find a boot big enough to fit the tonneau cover and a couple of small bags.

It’s just timeless, straight out of the 30’s and into the modern day. It gets looks everywhere! 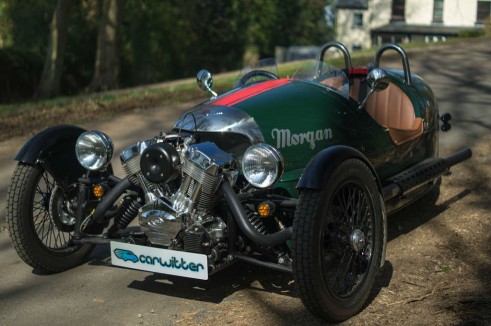 When you first fire up the 3 wheeler you know this isn’t your everyday car. It takes a second or two to turn over and kick in, once it does you get a nice lumpy burble that only a two cylinder can provide.

The Morgan shakes and comes alive when it’s on tick over, the vibration runs through the seat and up into your bones making you feel at one with the little Mog.

Push the clutch and slot the Mazda MX5 sourced gearbox into first and the shaking calms drastically. Power delivery is linear as the torque is smoothed out thanks to a driveshaft damper.

Planting your foot to the floor pushes you forward with great pace, in fact you can very easily spin the rear wheel with the right power from a standstill.

We even had it wheel spin in second, proving that 80 BHP is ample enough in this lightweight machine.

It has plenty of go to it at any speed, coupled with a delightful exhaust note that pushes you to change down and rev harder whenever you can.

Corner grip is great through the rather skinny tyres, although you have to watch the understeer as it can sometimes push wide on tighter corners due to the weight of that engine up front.

Also the turning circle is quite wide due to the limited turn angle of those front wheels, on sharper turns you have to have two attempts.

But because you are in a Morgan everyone is patient and gives you a smile…at least they did in Malvern! 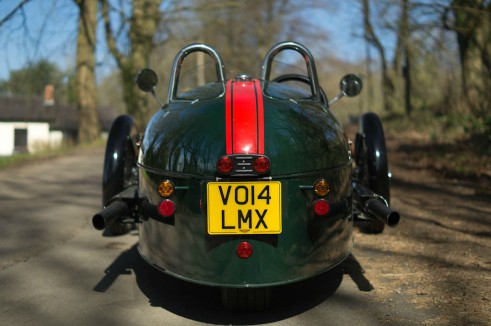 There’s no ABS or ESP in the three wheeler, it’s a real back to basics driving experience. You have to plan you braking, stab too hard for too long and you’ll lock up…be too soft and you’ll just keep on rolling along!

Like the turning circle it’s something you master quickly.

Ride is surprisingly supple, the front wheels aren’t often troubled over bumps but the rear is noticeably harder. So avoid those larger potholes. 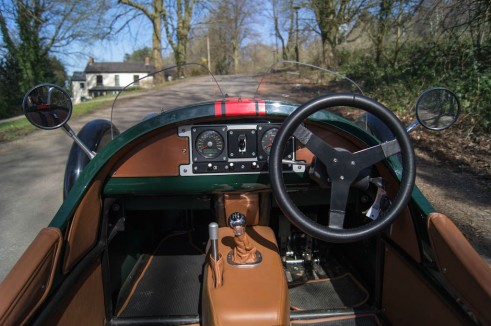 After clambering in and settling down into the driver’s seat your eyes fall upon two large dials with square surrounds.

On the left is the speed and on the right sitting behind the indicator stalk are the revs, this dial is partly obscured by the large upright steering wheel…this isn’t adjustable meaning the traditional 10 to 2 position is out of the window, you have to use a more vintage 20 past 8 stance.

You find the fuel as a digital percentage indicator built into the rev counter, the odometer is again digital and found in the speedo. 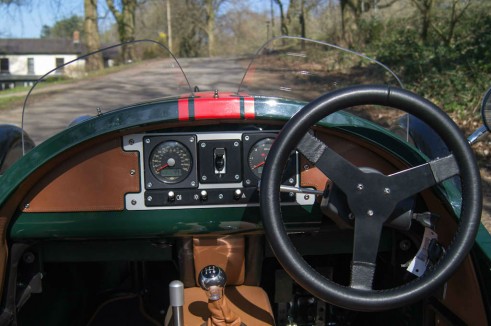 To start the Morgan there is a push switch in the middle, its found beneath a fighter pilot style toggle cover – very cool!

Just below the dials are a row of toggle switches, these work the lights and the horn. Made from aluminium they have a nice feel to them and finish the retro look.

For 2014 the pedals are adjustable to help fit any sized owner, as the seats are fixed in position. 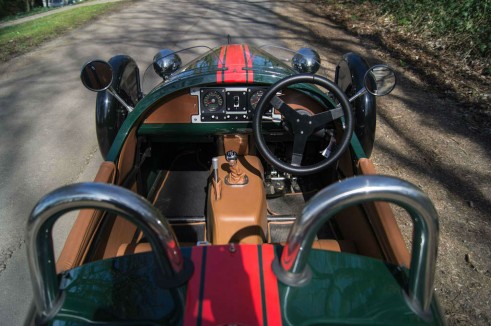 The cockpit is cosy but comfy enough, the seats are superbly padded, the car we tested had the heated option too which is a must at £175! You’ll also find a 12 volt socket which is handy. 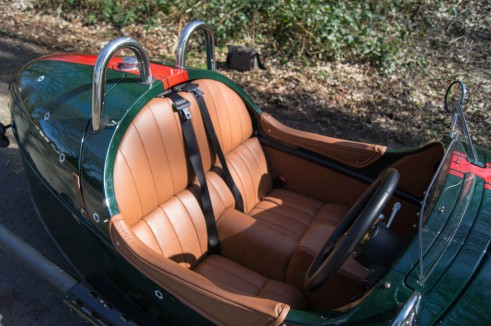 Because the 3 Wheeler is hand built you can practically customise every part of it.

Painted cowling, polished roll hoops, painted wheels, the colour of the leather, stick on graphics it can all be customised in the smallest detail; meaning your moggy will be a one off! 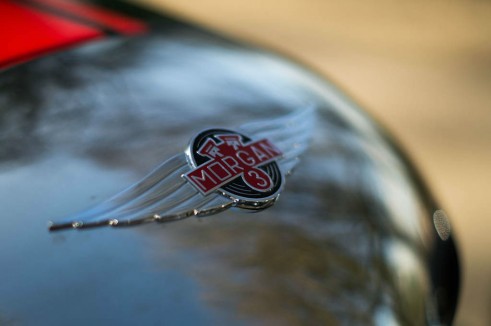 Never have I driven such a raw visceral car, it harks back to the start of motoring.

Driving it amongst the Malvern hill’s made me feel like Toad from Wind In The Willows, his love affair with motor car was from a bygone era and you can see why he was so in love! 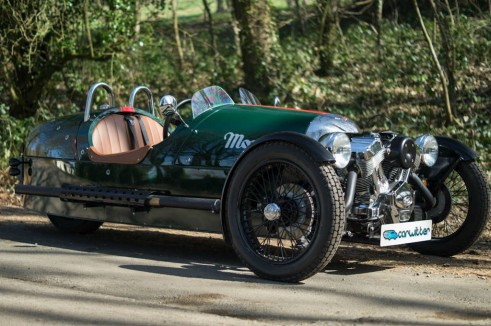 It shakes, its loud, it has no driver support systems, your face gets beaten by the wind, it can be cold when the sun’s not out, but you can forgive it all of that…because the whole time you are driving you have THE biggest smile on your face!

Its engaging, you have to work with it, you have to learn how to drive it, it makes you feel skilful and accomplished.

If I had the money I would buy one in a heartbeat. I’d go to see it being built, and it would be my Sunday driver.

I can’t think of anything better than getting up early each Sunday and going for an open topped pootle – it would certainly make you feel alive! 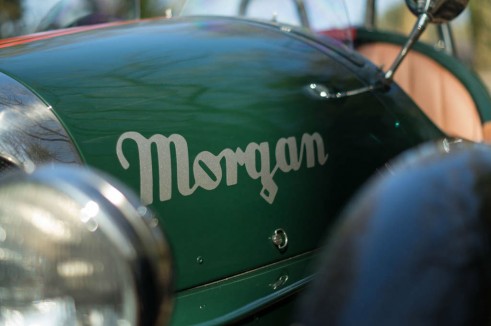 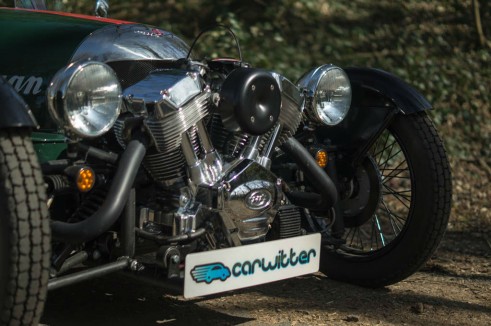 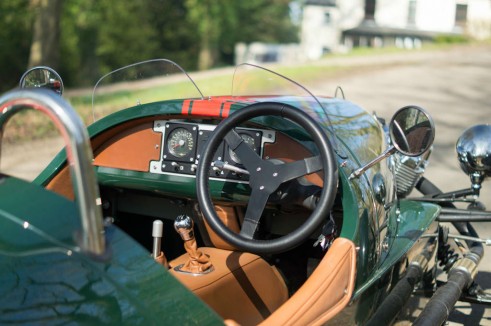 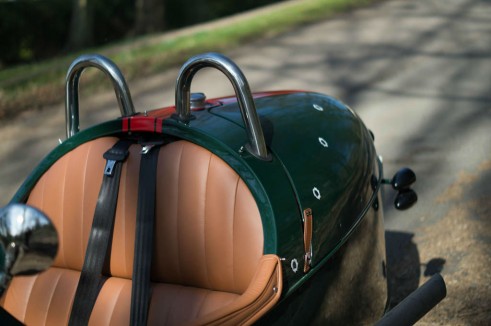 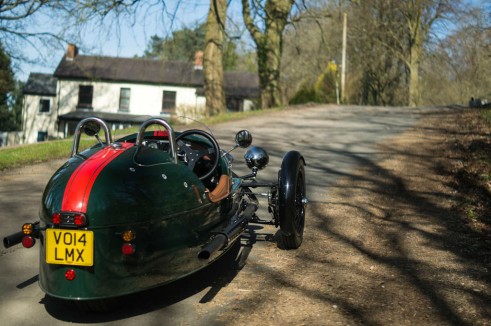