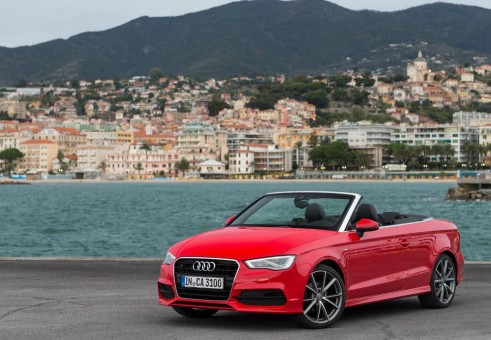 For some reason Audi are still releasing its mini drop top the A3 cabriolet, i have hardly seen any of the previous models in topless form?!

Anyway, the latest reincarnation is now on sale starting at £27,790. First cars will be delivered April 2014. Cars will come in SE, Sport and S Line trim. A range of engines will be available on launch including the 1.4 TFSI, 1.8 TFSI and a 2.0 TDI diesel. 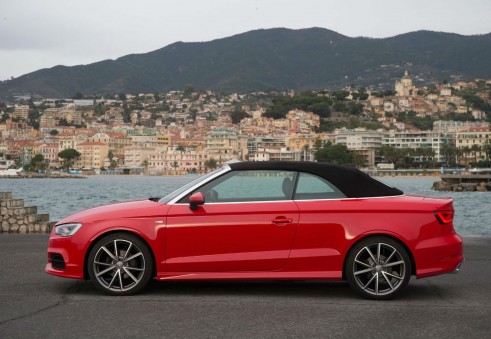 Audi’s 1.4 TFSI engine has cylinder on demand technology which deactivates two of the cars cylinders when not needed, in effect making it a two cylinder engine. This enables it to achieve combined MPG of 56.5, with a 0-62 time of 9.1 seconds and emissions of 114g/km 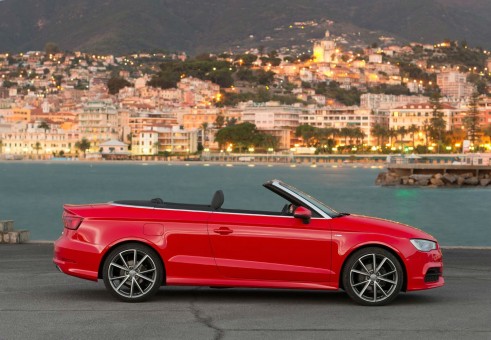 More engines will be on the way including a 1.6 diesel, a more potent 2.0 diesel as well as a fire breathing S3 cabriolet producing 300 PS. Quattro all wheel drive will also be coming to the lineup in February next year.

Sport & S Line models will be 15mm lower on Sport suspension and sit on 17″/18″ alloys. S Line models can have an even sportier suspension setup which is 25mm lower than the standard car, this is a no cost option.

Boot space is 275 litres, and the fully auto roof can be opened and closed in 18 seconds at speeds of up to 31 MPH. 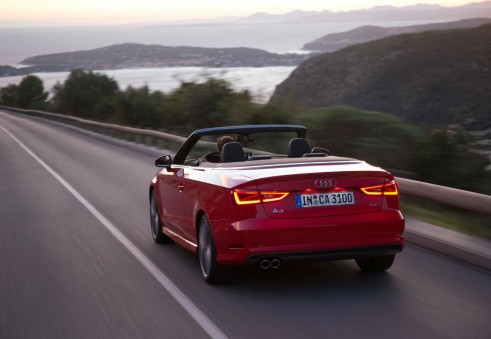