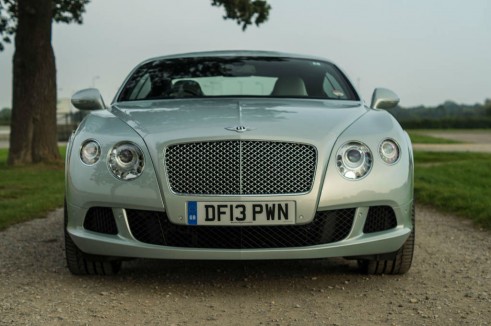 Bentley released its first generation Continental GT back in 2003, fast forward 10 years and over 50,000 examples have been sold. We hopped into a second generation W12 to see why they are so popular amongst the more affluent of this world. 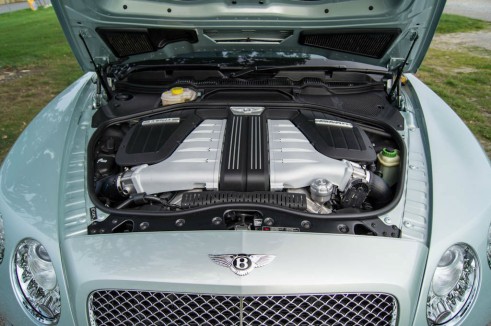 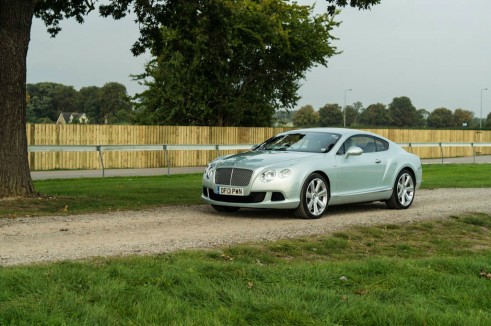 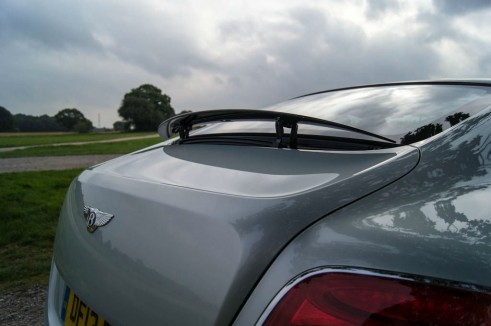 I have always loved the Bentley Continental, it has presence. Wide sweeping front wings mimic the poised, athletic rear haunches. At the back a flattened off boot lid abruptly ends the cars flowing roofline, a built in spoiler is hidden cleverly toward the bottom of the rear window. Subtle chrome trim runs along the side of the Continental and makes its way onto the rear bumper…I can’t say I’m a fan of the chrome, the lesser the better on a car of this ilk. 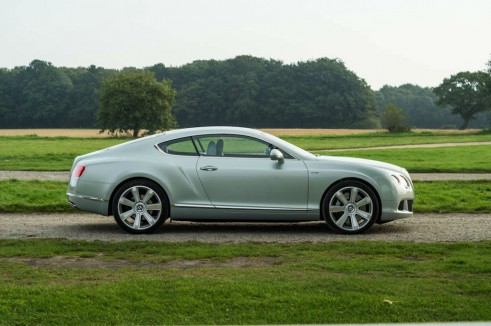 Up front and Bentley have gone with a smaller, more defined grille compared to the first generation, it floats above a wider, longer middle lower grille. The sweep of the front wings and headlights have also been changed slightly to iron out a crease that was present on the older model.

Although the changes are subtle, Bentley have done a great job updating what still is a stunning car. 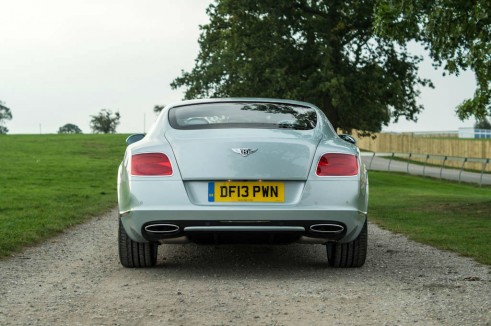 So what’s a 6.0 litre W12 sound like? Its best thought of as that deep rumble you hear when Thunder is approaching in the distance…but more man made! The deep roar a W12 produces is unlike the sound of any car I have driven. Push your foot to the floor in neutral and you feel the roar building before the car rocks on its axles and lets out a rumble that seems to cut off far too abruptly. You can really feel the force produced by the exhaust, it sounds great from outside!

When driving you get almost no exhaust noise at all, you can still hear a faint rumble but accelerating briskly doesn’t provide you with the same aural delight as other GT cars. 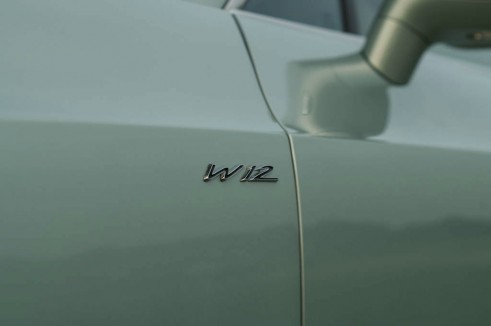 Acceleration in the W12 is so well refined too, its quick but silky smooth. Having 566 BHP under your right foot you instantly think a car will be neck wrenching under acceleration, but the Bentley isn’t like that all…0-62 feels almost sedate at 4.3 seconds in this car.

Ride is very good too – it can be electronically adjusted within a few button pushes, and changing from Hard to Soft really makes a massive difference.

We drove the same country road at the same speed on both settings, each felt equally as confident as each other; but under Soft settings the two tonne car steamrollered out most of the road imperfections. Switch to the Hard setup and you instantly get more feel for what’s going on beneath you, whilst its not entirely needed as it’s not meant to be a sports car it’s nice to have some sensation of the ground beneath those colossal 21” alloys. 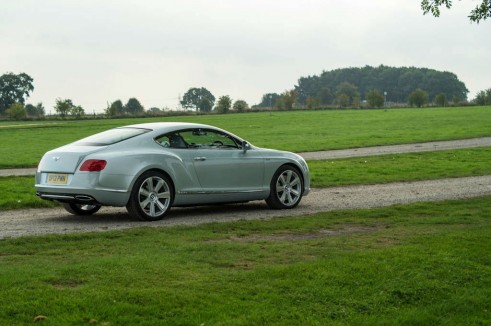 Stopping power from the standard brakes was also pretty impressive, getting on the anchors at speed makes you realise how big and how heavy the Continental really is. The nose dips slightly and you can feel the weight jump from front to rear, emergency stops will also result in rather long black lines being left. 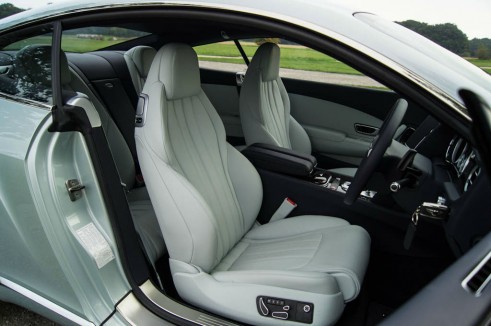 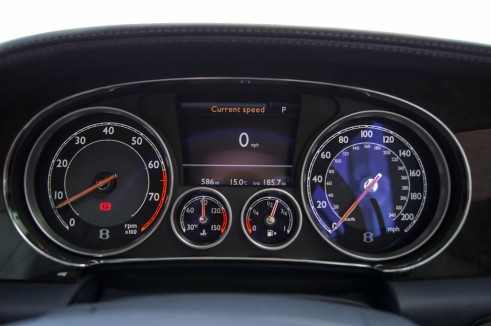 Moving inside the GT you are met with dark stained Burr Walnut dash (£920 option) and Imperial blue / light cream ‘Breeze’ leather trim. This is the real deal, none of that pseudo wood Mercedes AMG stuff here! Small temperature and petrol gauges are shouldered by the rev counter and speedo, in-between those two sits a small tapered LCD display.

Rather annoyingly this is the display you have to faff around with to pair a phone, or change all manner of vehicle parameters. The much larger, central touch screen only deals with infotainment…it’s a frustrating and cumbersome setup! 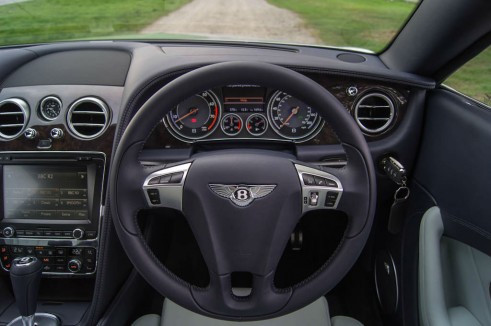 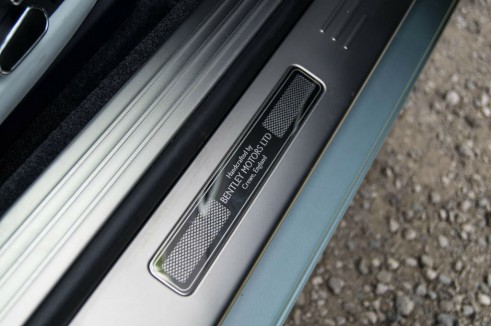 The attention to detail is superb, fit and finish are excellent as they should be. Opening the doors reveals a kick plate emblazoned with ‘Handcrafted by Bentley Motors’, it reeks of quality. 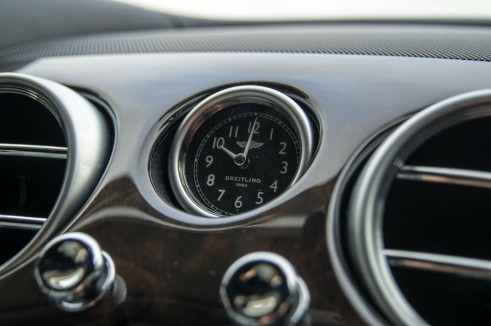 A nice touch is the Breitling clock in the centre of the dash, between the two air vents, oh how riché!

There are a few gripes…the first being the perfect symmetry of the dashboard. The left hand side is exactly the same as the right hand side, bar obviously the steering wheel. Instead of a steering wheel there is a rather large wooden panel. It looks to me as though Bentley couldn’t be bothered to make left and right handed dashboards, it’s cheap and should be changed to a low sweeping leather clad affair. 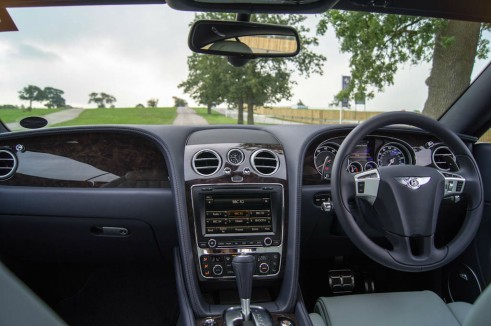 The next gripe is the suspension setup, to change it from Hard to Soft you have to press a button near the gear stick…then a picture of the car comes up on the infotainment display. At that point you have to press multiple times to move a slider from Hard to Soft, now doing all that whilst travelling along is very fiddly. One button should change it fully from Soft to Hard. 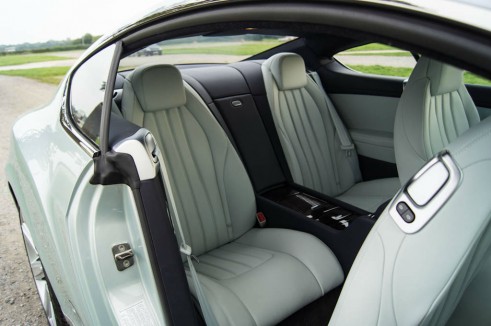 Rear legroom is a little on the tight side, for occasional use they are fine but there’s no way I’d want to travel across continents in the back, it’s no four seater. 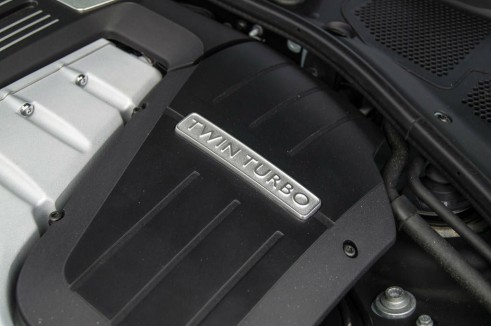 Bentley have produced a great GT car, possibly THE most expensive GT car you could buy but a great one nonetheless. Quality throughout is great, from the soft leather seats to the polished chrome tailpipes you really are getting a wonderful piece of engineering, that real people have built with their bare hands.

That W12 is just something else, it’s probably near to becoming extinct as the new V8 is heralded as being more than capable enough, but its deep roar is wonderful.

The Bentley Continental GT is still quintessentially British, despite its Germanic VW roots. 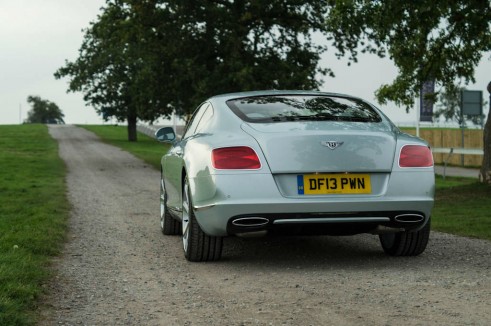 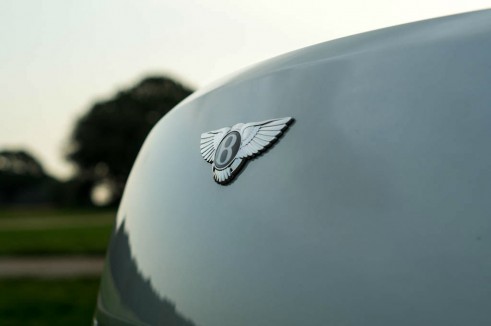