The Honda Civic has been redesigned for 2016. The sedan has an all-new design that shows similarities to the Mercedes CLS and Audi A7 models, and it pulls it off quite well. It doesn’t stand out as a forced design, that may remind people of a BMW 3-series Gran Turismo. Instead, the curves look natural. Personally, I love the redesign. 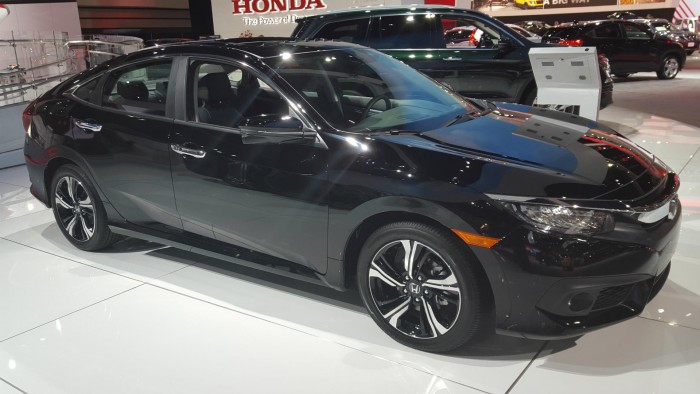 The people of Honda wanted to me to test drive the Civic so badly, that a quick registration was required. However, while there were several product specialists sitting on the couch and no one else was in line, it took a few minutes for someone to volunteer for the test drive with me.

Like the Mazda Mx-5, I knew a few details about the car. There were two different engine types, the 2.0 naturally aspirated version and the 1.5 turbo version in the Touring model.

The manual transmission only gave with the 2.0 liter engine, and only with the LX trim.

Just like before, I set a few questions to prevent silence on the test drive. How much horsepower does the 2.0 liter have? What about the 1.5 liter turbo? Is there a manual transmission available in the Touring model? What kind of MPG can I get on a normal drive?

I stepped into the car, adjusted the mirrors, and pushed the start button. The laid-back specialist sat into the passenger seat and greeted me. Up front, I asked him how much power I could expect out of the 2.0 liter. He scrambled through his notes. I proceeded to turn right and exit onto the street. 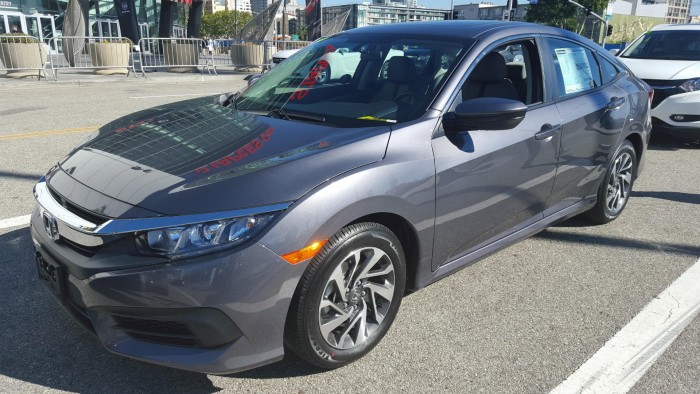 He suggested to punch it on the little straight away. I did, but there was traffic up ahead. I didn’t feel a downshift. I did feel a light surge of acceleration. Uh oh, I have a feeling that the gear ratios are geared tremendously long. The specialist couldn’t find the answer in his notes. He found the specifications for the 2015 model instead and proceeded to search for the specifications through Google on his phone.

“Don’t worry about it. I think it has 158 horsepower,” I said. He was persistent about finding the answer for himself. “So, the manual only comes in the LX model, correct?” “Yes.” Thankfully, one correct answer without research or hesitation.

Coming from the Mx-5, I did notice that the steering was direct, but nowhere near as quick as the Mx-5. That is to be expected, after all, this is a daily driver. It has to appeal to the masses.

As I cruised down a short alley, I couldn’t help but think that the car felt 80% like the previous generation. My hopes were high with the redesign, wishing for a more sporting package. I wouldn’t have minded a little bit of jarring through the small ruts. That would tell me that the suspension was tuned more aggressively, even if it was just 10% stiffer or so.

I didn’t feel a thing. 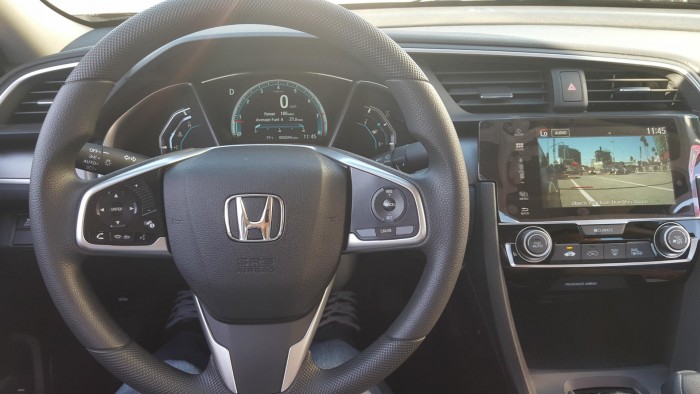 “It gets 40 miles per gallon on the highway,” he said. “Even with the manual?” “Yes, you should be able to average well over 30 overall with the manual.”

That was one question I didn’t have to ask. Apparently, every one was going to ask that question anyway.

As I drove alongside L.A. Live along Olympic Blvd., there were fewer looks at the car. I guess I shouldn’t be surprised. It is a great redesign, but it is still a Civic. Within two years, it’ll be one of the most common cars on the road.

I turned right again, this time, back into the drive way. He asked, “What do you think of the car?” “It’s a great car. It handled the bumps well. Seemed really smooth out there.”

It had occurred to me that as I said that, the car was no longer in contention on my list. With the MX-5, I would go the aftermarket route anyway, but I really like the car in stock form. With the Civic, I had to upgrade the struts and springs right off the bat, and the thought of long gear ratios on a manual transmission was not appealing. 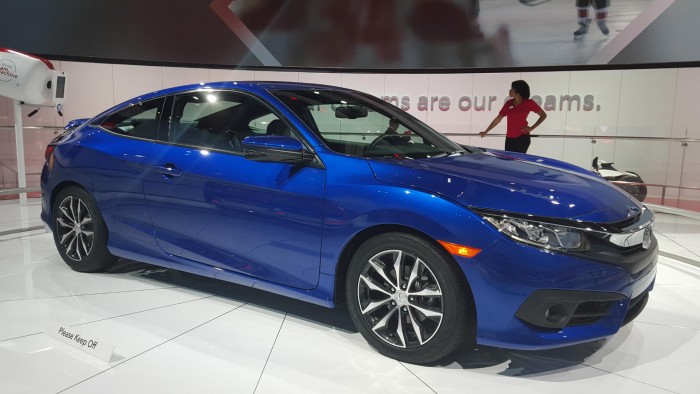 I handed him back the keys, and simply walked off.

The car didn’t leave as much of an impression as I thought it would. It hits all of the daily driving boxes. It’s easy to drive. It is economical. It has good interior room and proper boot space.

But, on roads where I couldn’t exceed 40 miles per hour due to L.A. traffic, I left uninspired. It’s a shame really, because it truly good car, just not the one for me.